Nikkita Oliver, Black liberation and the limits of electoral politics

Crosscut managing editor Mark Baumgarten explains what he got wrong about the future of the attorney, activist and former Seattle mayoral candidate. 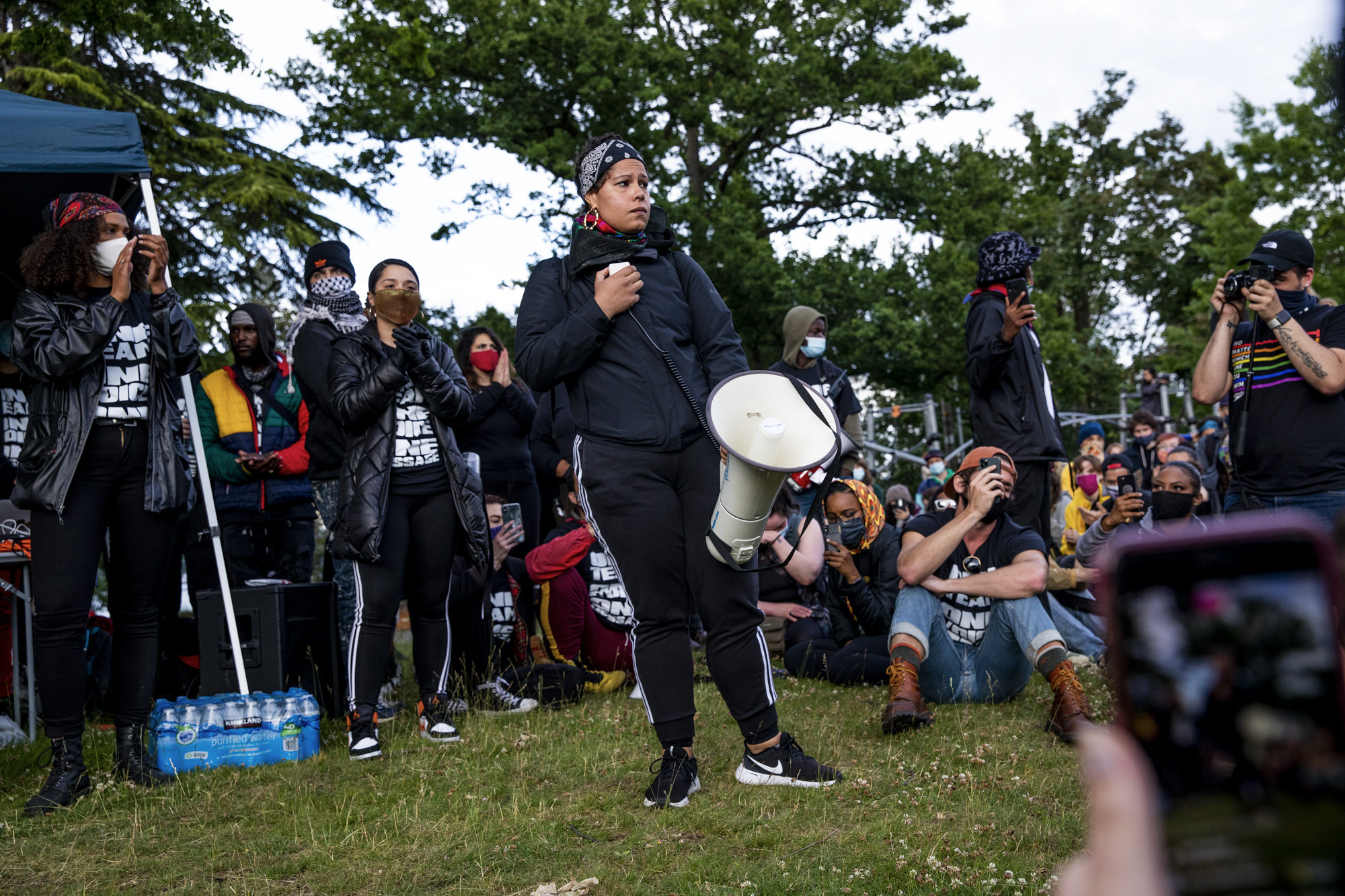 When Nikkita Oliver conceded in the primary election for Seattle mayor in summer 2017, my mind immediately began mapping out her possible political future. I thought she might stage a successful city council run. Or maybe she'd hold off until the next mayoral race since in 2017 she was just 1,300 votes short of advancing to the general election. With the right political atmosphere, maybe the attorney and community organizer could find herself toe to toe with Jenny Durkan come November 2021.

This is how journalists so often think about emergent figures in electoral politics. Whether it’s a vice presidential candidate on a failed ticket or a young senator whose rise was as swift as it was unexpected, we often think in terms of political narrative; how, we wonder, will this person leverage newfound political capital into greater electoral success?

Hear Mark and Nikkita talk about the future of Black Lives Matter on our Crosscut Talks podcast.

But that, it turns out, was the wrong way to think about Oliver's future. Rather than fixating on electoral success, she has put her energies into community organizing and her work with Creative Justice, a program that offers alternatives to incarceration for young people. When protesters first took to the streets last month to speak out against systemic racism and killings by police, she was there. On June 3, she stood on the steps of Seattle City Hall before a sea of protesters, toe to toe with Mayor Durkan.

As she and I discussed in this week's episode of the Crosscut Talks podcast, Oliver delivered to the mayor a list of demands on behalf of the protesters. Among them was a call to "defund the police," a measure that has been largely dismissed by Durkan but is being seriously considered by the Seattle City Council.

It has been a startling development for a city government that has long been committed to incremental reform. Even Oliver, who didn't include defunding the police in her 2017 platform, has been surprised at the shift.

"Mostly what I feel right now is that we have a significant opportunity to make a huge leap forward into a radically different future, something I did not think was going to happen in my lifetime," she told me. "In fact, in law school I was regularly told by my professors that incremental change was the only option, and yet here we are in 2020 talking about defunding the police as a mainstream conversation."

My focus on electoral politics in the wake of Oliver's 2017 defeat revealed a lack of imagination on my part, or perhaps it was a lack of knowledge about how Black liberation actually works. My ignorance perhaps reflects a larger problem with the bubble that has formed around newsrooms that are predominantly white and, though independent, woven into the institutional matrix that manages power in this country. We are at times too focused on the official avenues of redress and lack the curiosity, or life experience, to see another way.

Certainly Oliver's run for the mayorship elevated her message. But it's looking more and more like winning at the ballot box isn't a requirement to effect real change in this city.

This story was first published in Crosscut's Weekly newsletter. Want to hear more from reporters and editors like Mark Baumgarten? Sign up for the newsletter, below.