It's time to admit we need fundamental change to uproot racism in the United States. 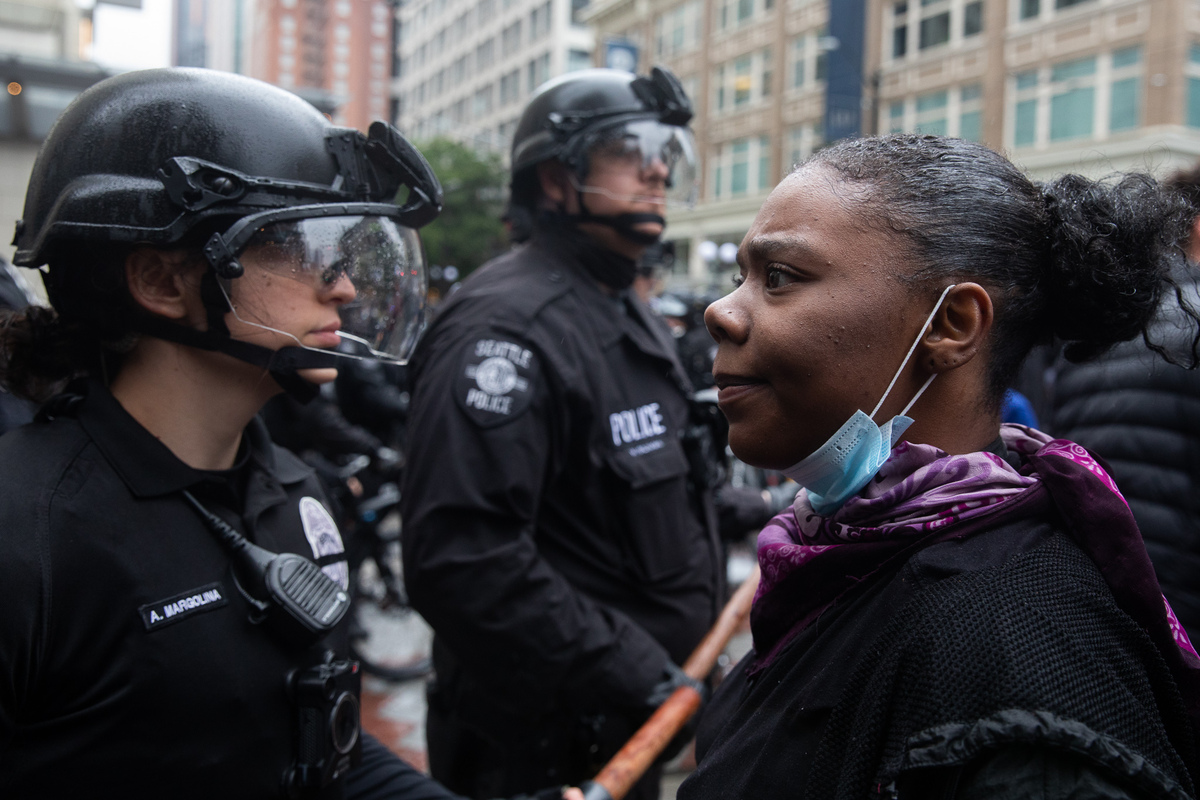 Black families are assassinated every day in this country. We work multiple jobs for generations to move our families into homes we can beautify and turn into sanctuaries. We raise millions of well-educated children, despite the abysmal, white supremacist conditions in their schools. We work in jobs surrounded by white supremacists who have neither the curiosity nor the empathy to understand how much harder our path is than theirs. Every day every member of our household steps out into a nation that has recklessly strewn economic, educational, financial and psychological land mines all along our way. No matter what path we take we risk loss, pain, even death. There are no clear pathways to success for us. We cannot take the path to assimilation because it requires internalizing, normalizing and spewing the false standards of white supremacy and denouncing our own humanity. Even those who try, like Herman Cain, eventually encounter the outer limits of their access to power.

No matter how well we raise our children. No matter how hard we work to prove ourselves professionally. No matter our educational attainment. No matter how big our homes, art collections, movie roles, rows of Grammys, success in the sports world. No matter whose children we are, or whose spouse. No matter whether we are Muslim, Christian, Buddhist or atheist. Whether we kneel or scream in protest. Whether we lay our bodies down in response to a call to defend this country or lay our bodies in the streets to keep our country from entering yet another misguided international incursion. No matter what path we seek, you put obstacles in our way and, in the ultimate gaslighting, blame us for not making it to the end of the path. It’s a miracle any of us step out of our front door.

We have to deal with people, like New York Times columnist David Brooks, who decry the horrible situation we live under without acknowledging their own responsibility for barring our way. They support policies and practices blocking our every effort under the guise of conservatism, never admitting the only thing they are conserving is the right to preserve their own ignorance and uninhibited access to resources.

We have to deal with gun-toting men and women who openly call for a race war, a civil war, but are allowed to roam free as armed gangs without retribution, perhaps in recognition that the civil war against Black people in this country has never ended. How weak are they who believe they can thrive only if we are annihilated? Are they so devoid of talent, intelligence or capacity that their success is contingent on having no competition? How cowardly are they to need an assault rifle in the midst of an unarmed, peaceful protest with children and the elderly present?

I can’t speak for other Black people, but I’m tired of it. An old adage: Peace without justice is tyranny. You expect peace? Create justice.

Remove the land mines. Remove the barriers that allow a police union to protect killers among them. We know “self-policing” doesn’t work, or George Floyd would be alive and a little girl learning her first lessons about constitutional freedoms wouldn’t have been pepper sprayed. Remove the teachers who treat our children as broken rather than as enthusiastic learners. Remove city leaders whose lack of empathy allows them to respond promptly to the destruction of corporate property while actively supporting the destruction of poor people’s property. Demand those who champion density actually live in the communities they are destroying. Pass legislation criminalizing race-based calls to law enforcement and enforce them with severe monetary penalties and jail time. Withdraw your financial support from companies, national and local, who vomit their sense of powerlessness all over us.

We keep telling you where the land mines are, you keep shuffling them. Stop.

You owe us. You’ve stolen our labor, our children’s futures, our physical, emotional and psychological health long enough. Despite your attempts to destroy us for over 400 years, we are not leaving this land. Get used to it. Accept it. We will not give up. We will not give in.

We stand again on the precipice. The future glares at us. Will we follow the patterns of past generations: choose the “moderate path” back to the status quo, make no fundamental changes to the infrastructure that inevitably produces the same outcomes over and over and over and over? Will we continue to pass along the false narratives of otherness? Will we repeat the adolescent lies putting our individual freedom ahead of the good of the community?

I am sick of the errant myth of white supremacy, nauseated by the ingrown and inbred belief system that allows evil to masquerade among us as virtue. What kind of society embraces unholy men, like Franklin Graham, who insist on demeaning others, with words from a book they say is the literal word of the god they worship while simultaneously ignoring the “money is the root” clause? What decent and moral manmade social infrastructure allows for children to be held in cages? What ethical culture allows the deliberate poisoning of its citizens’ water to go unpunished?

A moral sickness began this country: belief in a divine doctrine allowing a handful of humans to steal land rather than ask to share it; justification to kidnap millions of people and hold them, their children, their children’s children, and on for 10 generations in thrall.

Too many generations have tried to fix this mess, tried to fit into it or retrofit it to make it work. Too many men and women have been compressed into becoming less than their potential in order to conform to its dictates. It’s time to admit we need fundamental change.

Read more: White innocence is a fantasy. Here's how I'm confronting it

Racism, the first sin of this nation, needs to be made anathema. Not just the “go back to your country” kind of racism. Rather, the racism that presumes white supremacy as the norm, the kind that allows mediocre white men to run corporations holding children in cages or putting stock price above the lives of diabetics, all without shame. The racism that enables teachers to view rambunctious Black or Brown boys as dangerous, while seeing the same behavior from whites as “boys will be boys.” The same racism allowing unchecked millions of fake opioid prescriptions to be written by white doctors and filled by white customers, while millions of Black and Brown people are jailed for marijuana. The very same racism that holds Christianity above Islam, Buddhism, Hinduism or any other faith, thereby negating the constitutional provision to freedom of religion.

We need new leaders whose vision sees beyond what is to what can be, leaders who aren’t interested in being a conservative or liberal version of what already exists. We need leaders who will base their actions on a moral compass that accepts every human being as they are and wants to collaborate with us to foresee a society where everyone can contribute their best selves. We need a new vision of the American Dream, based on both an honest evaluation of what has come before and a willingness to impractically face the future with creativity.

Or we can follow the path of the Balkans, Ethiopians and Eritreans, Vietnamese and others who went to war with one another and wasted a generation just to end up where they could have been all along, if only they had the will.