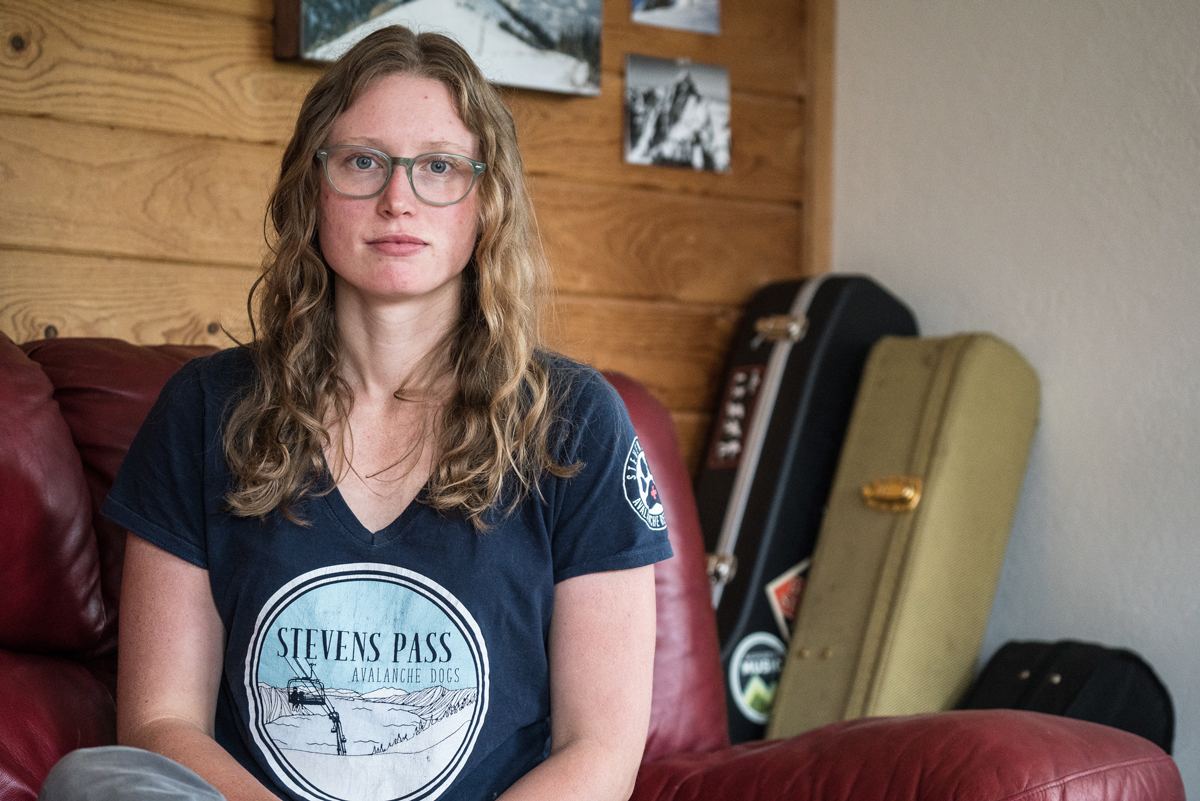 When the CWA union was approved in a 27 to 18 vote and Brianna Hartzell was named unit president, she said that management treated her and other union figures unfairly. (Ryan Irvin)

It takes four years to become a “competent patroller” at Stevens Pass Ski Resort, a couple of hours east of Seattle, Washington. Such a ski patroller, said Katrina Rostedt, a longtimer herself, will have absorbed the idiosyncrasies of twisted knees and broken wrists and know exactly where wet snow poses an avalanche risk unless explosives are properly deployed.

Yet the patrollers who know these things are precisely the sort who tend to leave. Evan Woods, who began patrolling in the 1980s, has seen “hundreds” grapple with the same question after three to five years: Embrace a lifestyle that leaves you earning barely more than minimum wage, or hang up the red coat and trade passion for practicality?

For those who regard patrolling as a labor of love, this tension is part of the job. Still, it grated in 2018 when Stevens Pass Resort became another asset in the fast-expanding empire of Vail Resorts, an industry titan worth more than $8 billion — underscoring the big money and power dynamics governing even this modest and traditionally easygoing workplace. Many patrollers wanted to be treated, and compensated, as professionals, not fungible parts in a corporate machine. The unionization effort they commenced — learning as they went — wasn’t just about sustainable wages, but about demanding a voice to speak to management as co-equal stakeholders in their resort.

Following decades of seemingly inexorable decline, union activity is on the rise in some sectors. But unions in the ski industry, whose seasonality fits awkwardly into the rigid U.S. labor regime, are rare. Going into the 2018-2019 season, an independent union represented ski patrollers at Aspen’s four resorts, while patrollers at another four — of the hundreds of resorts in North America — were represented by the Communication Workers of America (CWA).

In recent years, Vail and its nascent private equity-backed competitor, Alterra, have led a period of brisk ski industry consolidation; Vail now owns at least 34 resorts in North America —including major destinations like Whistler-Blackcomb in Canada, Breckenridge, Colorado, and Park City, Utah. While flat attendance numbers, climate change and now the coronavirus crisis threaten future prospects, there’s still serious money in the ski business. In 2019, Vail reported more than $300 million in profits. It could give every ski patroller it employs a $5 hourly raise at a cost well under the $50 million it reported spending last year on stock buybacks to boost the price of its shares.

Before the preseason training program for the 2018-2019 season, Katie Johnston gave little thought to Vail’s acquisition of Stevens. But the “bull in a china shop” energy of new management preoccupied with standardizing operations in line with other resorts made many patrollers uneasy, said Johnston, then entering her fifth year on patrol. Capital investments, lift rescue training and safety policies were welcome. But even as Vail upgraded uniforms, the company tightened the dress code. Management instituted a drug policy that some felt made patrollers less likely to report incidents. Popular programs that brought in volunteer doctors and made physical therapists available to resort employees were eliminated.

For skeptical patrollers, frustration mounted, not so much at the changes per se, but the apparent lack of interest Vail management seemed to have in their perspective. “You had to fight for everything,” said Johnston. “It was essentially like negotiating a union contract. But with no power.” Vail representatives declined multiple written and voicemail requests to comment for this story.

Historically, talk of forming a union often came tinged with sarcasm. But at the preseason training, patrollers spoke about it in earnest, said Johnston. As the season began, Johnston and other organizers solicited the thoughts of “every single patroller.” They reached out to CWA union representatives, who guided interested patrollers through an arcane maze of U.S. labor law.

One rule is that, generally, you don’t organize on company property. So, in early 2019, workers hosted after-work meetings at their homes in nearby Leavenworth, a Bavarian-themed tourist destination and outdoors hub on the eastern side of the Cascade Range. Johnston says most of the patrol attended at least one of the meetings — free-form discussions in which organizers took questions and listened to concerns, basically saying that “it seems big and scary, but you also have a legal right to organize. Here’s rules you can’t break, or you could get fired.”

Some rules posed problems. Many patrollers regarded their supervisors, former rank-and-file patrollers, as friends. By law, however, they were excluded from the bargaining unit. Moreover, if they learned about the unionization effort, they might feel obliged to tell management, to protect their own jobs. Keeping mum “was all about protecting them,” said Johnston. “It felt weird. I didn’t like it. But it was kind of that necessary evil.” In March 2019, union supporters signed and submitted cards to the National Labor Relations Board to petition for CWA representation, and an election date was set for the following month.

In 2015, when Brianna Hartzell patrolled at Utah’s Park City Resort, Vail brought in the Labor Relations Institute to educate workers about unions as a representation vote approached. LRI is a high-priced “positive employee relations” consulting firm that advises against unionization. Its curriculum convinced Hartzell, then in her first year of patrolling, that a union would impede direct communication between patrollers and supervisors. She voted against unionization. (CWA narrowly won, anyway.)

Years later, when Vail brought LRI to Stevens prior to the union vote, Hartzell, now working at the Washington resort, saw things differently. She had come to believe that, even with amicable employee-manager relations, it’s “an illusion that employees on the ground can actually go and give constructive criticism to resort management.” By now, Hartzell, like other rank-and-file patrollers, had already been educated on the union’s terms. But some supervisors, excluded from the organizing process, had a different view. As the patrol director, with an LRI consultant present, delivered a slideshow-based curriculum about unions during occasionally testy mandatory morning meetings, tensions simmered between anti-union and pro-union factions within the patrol. In April, 2019, the National Labor Relations Board held a secret ballot: The CWA union was approved by a 27 to 18 vote.

The year since then has not always been smooth. Before everyone scattered into the offseason in 2019, Hartzell was named unit president. At times, amid the early friction of the 2019-2020 season, Hartzell said management treated her and other union figures unfairly. There was a “target” on her back, she said, and she was among those named in unfair labor practice charges the union filed, but ultimately retracted. (High Country News reviewed the labor complaints, which alleged arbitrary discipline and discrimination.) The heat “dissipated,” Hartzell said, as momentum built on the collective bargaining process, and as it became clear how much patrollers’ and Vail’s interests aligned.

Then the coronavirus hit. In a flash, in March, it stalled negotiations on a first contract and shuttered the industry. Millions of workers, thousands of ski patrollers among them, lost their jobs. While Hartzell believes that Vail, given the circumstances, generally did right by its employees, the crisis drove home how little power individual workers have. And it may well be a catalyst. Other ski industry union drives are “out there — we know about them,” said Hartzell. “The tide’s turning. Which is exciting as, like, this little worker bee, hearing about other worker bees getting organized.”

This story was originally published at High Country News on June 10, 2020.

Andrew Schwartz is a labor reporter based in Seattle, Washington. Email High Country News at editor@hcn.org or submit a letter to the editor.