The Supreme Court rules there is no un-queering America

Today's decision in favor of LGBTQ employment protections confirms that being pro-LGBTQ is the American way. 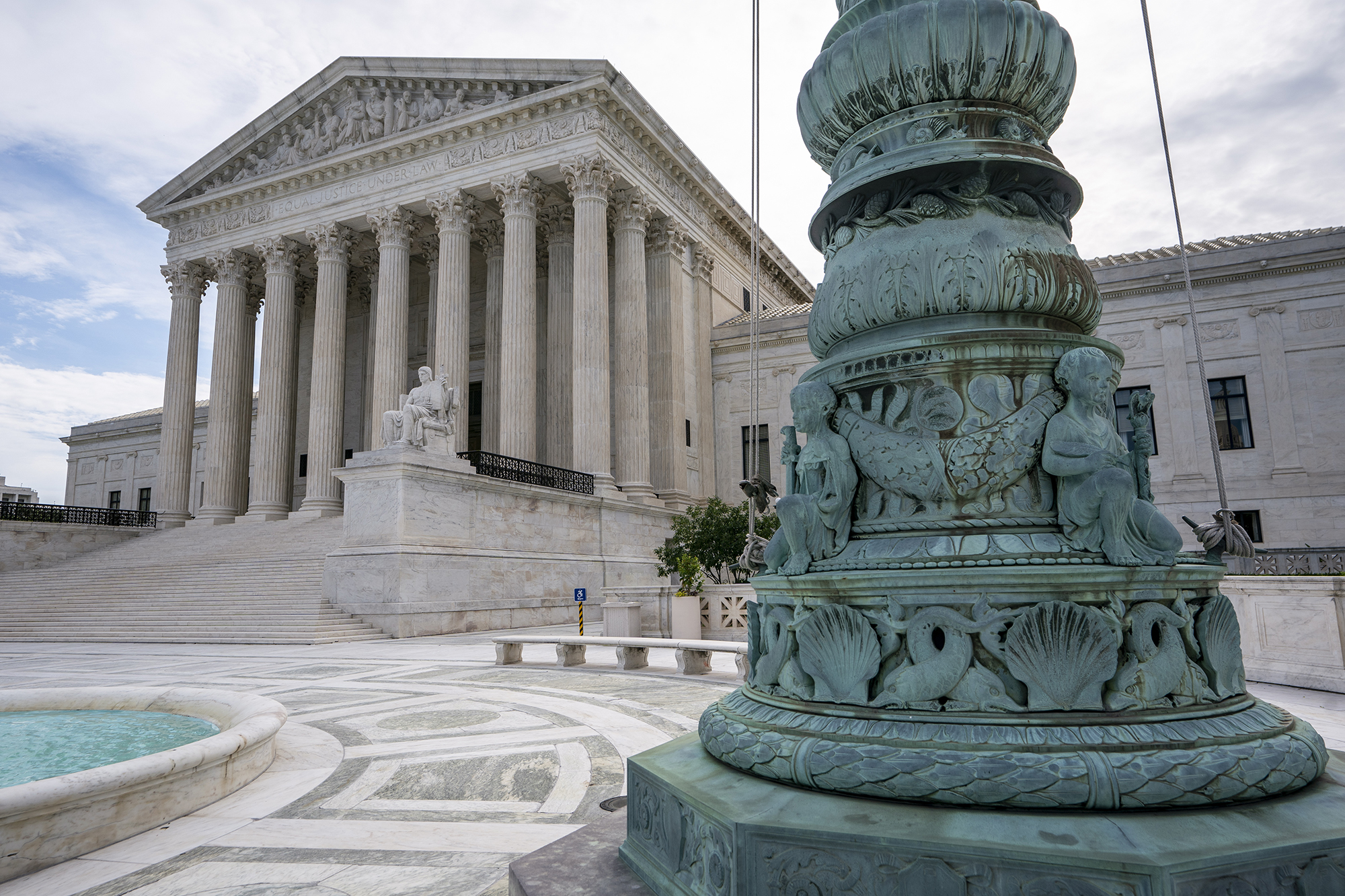 America made up its mind on LGBTQ people a long time ago.

On Monday morning, the Supreme Court simply caught up to us.

The high court’s 6-3 decision in favor of LGBTQ employment protections came much sooner than many advocates expected. In a majority opinion issued by Donald Trump appointee Neil Gorsuch, the court held that the ban on sex discrimination contained in Title VII of the Civil Rights Act of 1964 also applies to discrimination based on sexual orientation or gender identity. In short, you can no longer be terminated for being lesbian, gay, bisexual or transgender.

Read more from contributing columnist Samantha Allen: Pride is more than a parade

It doesn’t matter what kind of state you’re in, red or blue, or which company you work for, big or small: Being LGBTQ is no longer a fireable offense.

As news of the Bostock v. Clayton County ruling broke, there was shock on social media that it had happened so soon. Given the court’s narrow conservative majority, many LGBTQ people were bracing for disappointment this time around, especially after hearing that reliably conservative Justice Gorsuch would be penning the decision. But perhaps it shouldn’t be so surprising after all: America’s heart and soul have shifted so far in favor of LGBTQ rights in so short a time that any other decision would be jarringly out of step with who we are as a country.

This decision isn’t some tyrannical, radical imposition of coastal radicalism onto the heartland, as many on the right will surely try to depict it in the coming days. Being pro-LGBTQ is now the American way.

As a journalist who has covered Title VII cases for years — and as an author who wrote a book about LGBTQ activism in red-state America — I have long been frustrated by the prevailing way the press has framed queer issues in this country. It’s reductive and simplistic: Blue states love LGBTQ people, red states hate them. We act stunned when LGBTQ victories happen in red states (see headlines like “Utah — yes, Utah — passes landmark LGBT rights bill”) and shocked when defeats happen in blue ones. We are, arguably, seeing a microcosm of this in the immediate aftermath of Bostock, as we wonder how a conservative-leaning court could have backed a decision like this.

It’s true that, before Monday, virtually all of the 25 states that lacked LGBTQ employment protections were conservative ones, primarily in the South and the Great Plains. But those protections — or the lack thereof — are not necessarily reflective of the values of the people who live there.

Polling data tells a much clearer story about how we arrived at Bostock. According to research conducted by the Public Religion Research Institute, almost 70% of Americans support LGBTQ nondiscrimination protections. There were differences between red and blue states, but they weren’t necessarily as vast as you might expect. In 2018, 68% of Idahoans supported LGBTQ employment protections compared with 73% of Californians — just a 5% difference between a red state and perhaps the most stereotypically blue one.

In the Seattle area, where the crosswalks are rainbows and the Pride flags fly freely, we might be tempted to think that we’re miles ahead of the rest of the country on LGBTQ issues. But the reality is that the 75% of Washingtonians who favor LGBTQ nondiscrimination protections isn’t that much more impressive than the 72% of North Dakotans who do, too. The gulf between red and blue America on LGBTQ issues is nowhere near as wide as Beltway think tankers and cable news talking heads would have you believe.

This isn’t a new development, either. The majority of the country supported the basic thrust of today’s Supreme Court decision five years ago. Similarly, majority support for same-sex marriage was firmly established in this country about five years before the 2015 Obergefell v. Hodges decision and has steadily climbed ever since. There is no scenario in which those approval numbers suddenly start to move in the opposite direction. With virtually every social group shifting its attitudes in the same direction, LGBTQ acceptance is one cat you can’t put back in the bag.

Or you could just look out your window at the thousands of young Americans who have been gathering to protest and push for racial justice and LGBTQ rights. They are protesting in 50 states, in both big cities and small towns. You can no more stop this rising generation from achieving its political goals than you could stop the civil rights activists of the 1960s from securing the passage of the very law on which Monday’s Supreme Court decision was based.

But the numbers tell only part of the story. Those macro-level changes in public opinion are fueled by millions of micro-level interactions between LGBTQ Americans and their friends, family members and co-workers. When I traveled cross-country in 2017 to write my book Real Queer America: LGBT Stories from Red States, I witnessed this phenomenon firsthand: I talked with the LGBTQ-affirming pastor of a Baptist congregation in Waco, Texas; did arts and crafts with queer youth in Provo, Utah; and attended the best drag show I’ve ever seen in Jackson, Mississippi. I went to Dollywood with bisexual people, stargazed with a transgender veteran in northwest Arkansas and hung out at coffee shops with nonbinary people in the Rio Grande Valley. In every corner of this country, people are coming out in droves — changing the hearts and minds of their loved ones in the process.

In fact, our hearts might have gotten a little bit ahead of our brains when it comes to the issue of LGBTQ nondiscrimination. In 2019, the Public Religion Research Institute found that 67% of Americans believed that there was already a clear federal-level ban on LGBTQ employment discrimination. So decisively has the American consensus changed on LGBTQ issues that a majority of the country probably didn’t even realize Monday’s Supreme Court decision was necessary to help cement that acceptance.

This makes sense: Unless you’re LGBTQ yourself, you have much less of an incentive to consult maps that show you where you can get fired for being gay and where you can’t.

So even though the timing of the favorable Bostock decision is an unexpected boon — but also, in the grand scheme of things, decades too late — it is not necessarily a sudden jolt forward. For too long, anti-LGBTQ lawmakers have controlled what bills reach the floor of both Congress and our state legislatures — and that’s given us a false impression of how divided our country really is when it comes to queer rights. This moment is comparable to Obergefell. For a handful of states, it could feel like a huge step forward, but for most, it is a confirmation of a shift that has already passed. We aren’t leaping into some alternate dimension: We were already living in a country where Bostock coming from Gorsuch makes sense. This is who we are and we can be even better still, as the daily protests against police violence remind us.

Aimee Stephens, a transgender woman and one of the plaintiffs in the Supreme Court case that led to Monday’s ruling, sadly passed away last month, before she got to see the results of her bravery in coming forward. She was fired from a Michigan funeral home after coming out and spent years fighting for justice afterward. Given her experience of being fired, Stephens had every reason to be pessimistic about LGBTQ equality and transgender acceptance, but she wasn’t. She knew something that, after Monday, should now be clear to all LGBTQ Americans, regardless of where they live.

And it always will be. There is no un-queering America.