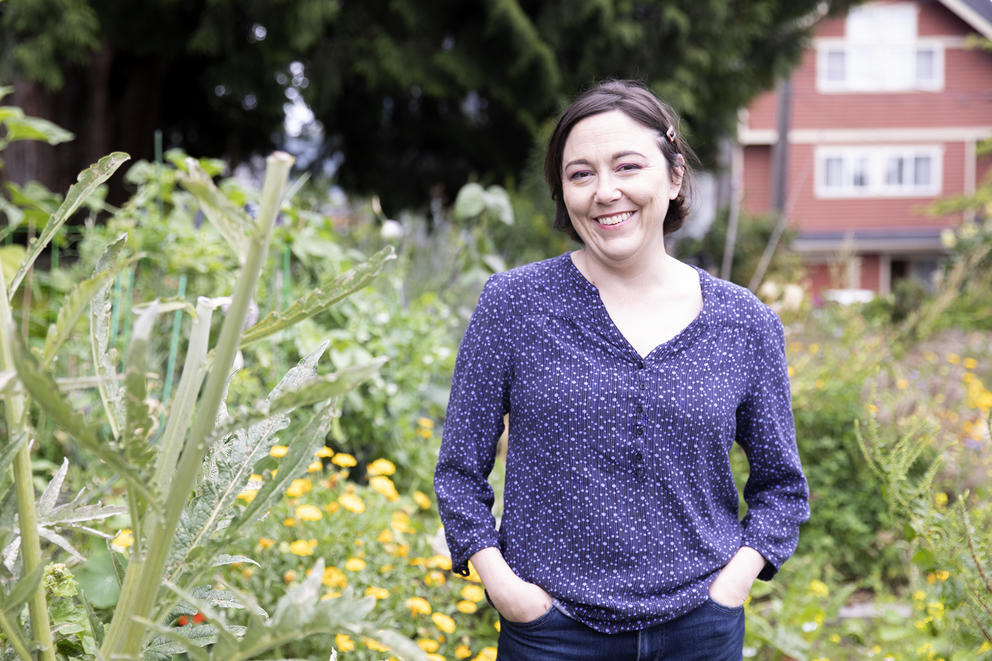 Journalist Erica C. Barnett has read enough memoirs about alcohol addiction and recovery to notice a trend. The stories often feature a man who “beats down” addiction in macho fashion, or a “professional woman who drinks too much while she's out with her friends and blacks out a few times, realizes she has a problem and goes to rehab and gets better,” Barnett says. “My story was a lot uglier than that.”

In her debut book, Quitter: A Memoir of Drinking, Relapse, and Recovery (out July 7), Barnett tells her story in all its messiness. “I was drinking on buses and in alleys, puking on the ground,” Barnett recalls, now sober since 2015. “It’s just another kind of women’s narrative that doesn’t get told.”

It doesn’t start with a life-altering sip, Barnett writes. Rather, in a house in Sun Belt suburbia. Barnett takes readers through her childhood as a nervous, angsty kid, her teen years trying booze and dropping acid, followed by a dry period when she attended university and took her first steps in journalism. After moving to Seattle, and working at local alt-weeklies The Seattle Weekly and The Stranger, drinks after work became drinks instead of breakfast.

In Quitter, Barnett exercises the trademark candor people have come to expect from her Twitter feed and on her local news blog The C is For Crank. But instead of applying her critical eye toward Seattle politics, she puts her past under the microscope. Blacking out in the bathroom at work, experiencing hallucinations, having a “swollen and splotchy face too big for her body,” and stomach like “a poisoned sac sloshing bile,” alienating and disappointing her friends and family during repeated bouts in detox and treatment centers, and relapsing — it’s all there, in vivid detail and energetic writing. 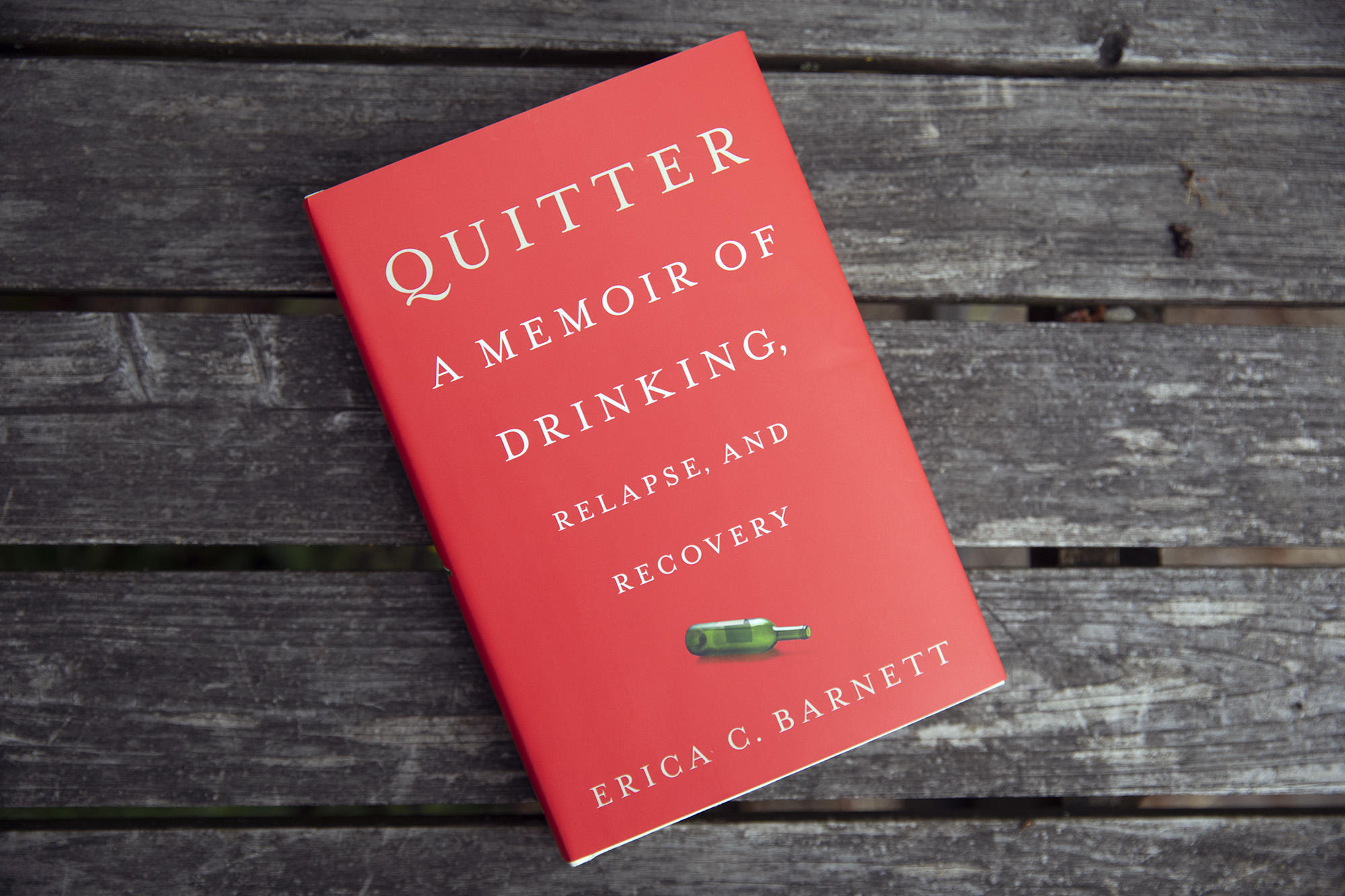 “I didn’t want to sanitize it because I want people who have really low bottoms and guilt and shame associated with their addiction to know that there are other people like them out there,” Barnett says.

Another thing she wants people to know: recovery is not a quick fix (partly due, she explains in the book, to the failures of the treatment system). It might take more than one rehab or treatment attempt. “You don’t really ever hear the stories about the majority of us who relapsed and hit rock bottom again and hit another rock bottom,” she says. Rock bottom is a lie, she says. The bottom can always give out. “It’s a very common story but there’s so much shame and guilt attached to the idea of failure that we don’t like to hear that story.”

Even the clinicians who treated her in rehab, Barnett says, didn't expect her to get sober, according to conversations with them and the medical files she requested. “It was hundreds of pages of people saying that they thought I was going to fail,” she says. “And they were right.”

Until, of course, they weren’t.

Crosscut caught up with Barnett to talk about reclaiming her narrative, getting sober and the myth of a happy ending.

The word ‘unflinching’ is overused, but that’s the word I kept thinking of while reading Quitter. What was it like to write about yourself that way?

When you're writing a memoir, you're not trying to make yourself look too good because people don't sympathize with people who portray themselves in a flattering light. I mean, I got fired from my job for drinking. I got caught shoplifting. These things happened. And the fact is: if I don't tell them in a way that is true, first of all, it's not going to be believable. Second, I found — being a person on the internet — that the best policy is always to be as honest about yourself as you can. Because people are going to trash you otherwise. I mean, they're going to trash you anyway.

Online, people have dredged up your past and leveled untrue accusations at you. Is this book a power move, in a way?

It doesn't really matter that I've written this book, in a sense, for the people who are going to be haters online, because the truth doesn't matter to those people. But I do think it's really important to own my own narrative. I wanted to reclaim the story. And it’s not just my story. This is a story of so many people, and so many women in particular who are sloppy and messy and difficult and do things they are not proud of. We are taught to believe that women aren't messy the way that we are, don't do things that are embarrassing. By reclaiming that, I'm also saying: You have permission to be a screw up. You have permission to not be perfect.

Was it ever hard to write about that un-perfectness?

No shade on you, [but] this is a question that I get asked by people who aren't in recovery. Because one interesting thing about the recovery program I went through — and I think basically every recovery program or plan has some element of this — is that you really, really face your shit. You face the damage you've done. I had already begun making amends to people. I had already written down the harm I caused other people. And I had already gone over it with somebody else out loud. And so, by the time I sat down to write the book, I’d verbalized all of that and I’d started to really come to terms with it.

The book’s narrative contains a lot of stops and starts with detoxes and treatments and relapses. You eventually get sober, but it never feels like a grand finale.

One of the sayings I've heard in AA is “I quit drinking, where’s my Lincoln,” which is an unbelievably dated saying, but it kinda cracks me up. Because you think that everything is going to get better dramatically, and it's going to be this incredibly fulfilling story arc, but that's not what happens. I mean, things did get a lot better, obviously. But the “after” is not that interesting. Like, I got out of debt. That's a sentence. I got a job, that's a sentence. I now have a website that pays my bills. That's another sentence. I'm just kind of doing the ordinary things that people do.

You wouldn’t call it a happy ending?

No, because I don't think it's an ending. I don't think anybody's story ends in the moment they get sober, or the months after. I could relapse again and then we would start the cycle over in some way, shape or form. Presenting sobriety as an ending is not true to a lot of people's stories. I know people who have been sober for 25 years and relapsed and died. I don't want to paint a false picture of what addiction is like. It doesn't just end.

In the book, it feels as though you’re trying to lessen the guilt associated with relapse.

Absolutely. And, more importantly, the shame. I want to take away the shame because I don't think there is any shame at all in relapsing. You can feel guilty for things that you do when you are drinking or using your drug of choice. That is in a lot of cases a healthy impulse. You need to make amends for things that you have done that harm people. But I don't think shame is a healthy emotion when it comes to addiction, because it’s a brain disease. We don't feel shame about being diabetic. You know, we don't feel shame about having heart disease. I think the same should be true of addiction.

Does your experience with addiction make you a better reporter?

I think it gives me a really unique perspective that probably most reporters don’t have. I cover homelessness. I write about addiction. I’ve been on the inside of that in a way. I’ve never been homeless but I have a very “there but for the grace of God go I” attitude about it. That could have happened. It just didn’t ’cause I’m lucky and I have privilege.

It also changes my perspective on how I consider people who are struggling with addiction, because I know how hard it is. I know it's not a party, and I know it's not fun to be living in a tent doing heroin all day just to stay remotely well. It’s a ton of work and a horrible life.

You write that, before you got sober, you were on your way to early death. How does it feel to be alive today?

There are so many times I could have died, either from being hit by a car from driving drunk off the road, or from just the disease itself, from d.t.’s [delirium tremens]. People die of cirrhosis, people die of kidney disease. Because I was in a lot of ways randomly lucky, none of those things happened. So I wake up every day incredibly grateful to be alive. I may not always be thrilled to be facing a day full of 12 hours of work or meetings, but I do have the sense of: “Wow, it’s like I got hit by lightning and survived.”

Editor's note: Erica C. Barnett has contributed to Crosscut in the past. 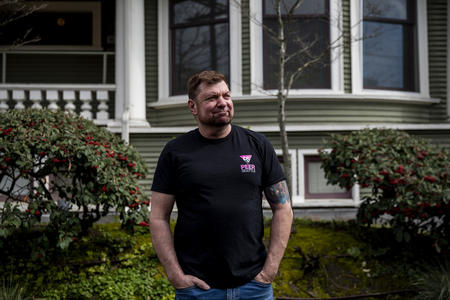 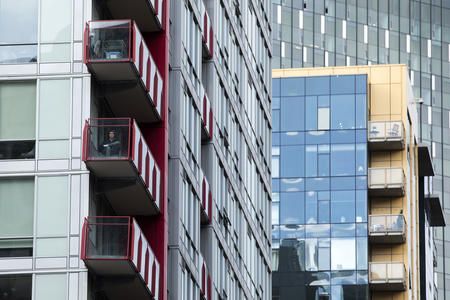 by / March 12
Article continues below