How Crosscut was reminded the pandemic isn't the only crisis Seattle's trying to beat. 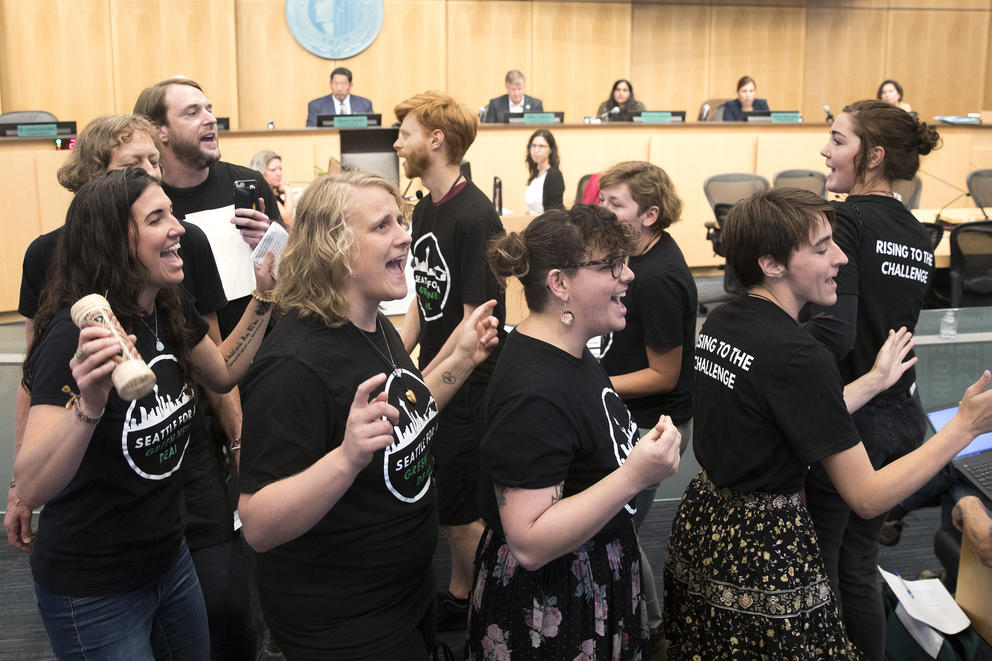 In this file photograph, members of activist choir The People's Echo sing a tune devoted to the Green New Deal during a public comment period of a council meeting at City Hall in Seattle, Aug. 12, 2019. (Matt M. McKnight/Crosscut)

Sometimes a story starts with a tweet. I’m new, both to Seattle and to journalism, and since our newsroom switched to working remotely in March, I often think about what I’m missing by not meeting people in person. As a reporter, I’ve wondered along with my editor and co-workers what stories have been slipping through the cracks.

Last year, my co-worker Manola Secaira covered the Seattle City Council’s moves toward a local Green New Deal. But with everything that has happened since — spiking coronavirus cases and a mass movement fighting for Black lives — I hadn’t thought to check back on that work until I saw a tweet from an activist indicating that little of what was promised had actually happened.

Regardless of whether every person in Seattle agrees with the principle of a Green New Deal, everyone deserves to know whether the city has followed through on its promises. Many of us have been derailed by COVID-19, but climate activism hasn’t ended just because of the pandemic.

As I was emailing the city to check in on this, some of the same advocates who pushed for a Green New Deal in 2019 were bringing it back to the attention of city leaders. Environmental justice advocacy group 350 Seattle and MLK Labor were among those reconvening to think about how to get those priorities included in the city council’s new payroll tax spending plan. One person’s tweet was just the tip of a much larger iceberg of people still wondering about how to move the city toward an equitable and carbon-free future.

This was my first time writing about the ins and outs of the Seattle City Council, and as with every story I’ve done, I’ve learned things that have helped me understand the political realities here. This time, I learned that city council members can authorize funding, but that it’s largely up to the mayor’s office to decide how to use the money — or whether to use it at all. Every city runs a bit differently, and learning these procedures takes time (and occasionally asking more knowledgeable co-workers, like David Kroman), but understanding this city, and helping other people do the same as best I can, matters to me.

COVID-19 and wildfire smoke are a deadly combo for Seattle

Sidelined by COVID-19, Seattle's climate goals are back on the table, thanks to community and city council support.

Mandy Godwin is Crosscut's Emerging Journalist Fellow. Follow her on Twitter at @mandyleigh33 or email her at mandy.godwin@crosscut.com. 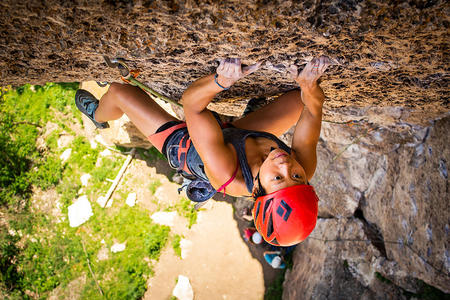 How one climber is calling out racism in the outdoor industry