Jackie Mader supervises all photo and multimedia use, covers early childhood education and writes the early ed newsletter for the Hechinger Report. In her ten years at Hechinger, she has covered a range of topics including teacher preparation, special education and rural schools. She previously worked as a special education teacher in Charlotte, North Carolina, and trained new teachers in Mississippi. Her work has appeared in The New York Times, The Atlantic, USA Today, TIME and NBC News and has won several awards, including the Sigma Delta Chi Award from the Society of Professional Journalists, the Nellie Bly Award from The New York Press Club and a Front Page Award from The Newswomen’s Club of New York. In 2021, she was one of two American journalists chosen for the Dart Center for Journalism and Trauma’s Early Childhood Development Fellowship. She received a bachelor’s degree from Loyola Marymount University and a master’s degree from Columbia University’s Graduate School of Journalism. 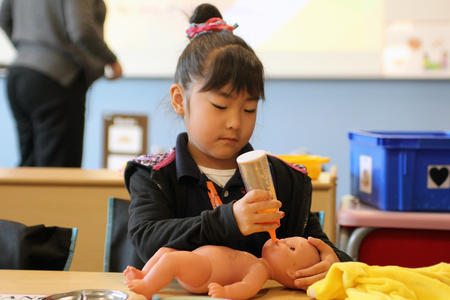