Maya Miller is an engagement reporter at ProPublica working on community-sourced investigations. She’s collaborated across and beyond the newsroom on series about aggressive medical debt collection practices, housing and evictions, as well as toxic air pollution and health. The impact of her reporting includes a national doctors’ group announcing it would stop suing patients for medical debt, state legislators introducing a bill to repeal a criminal eviction statute, as well as federal lawmakers and officials promising investigations and reforms.

Her reporting within ProPublica’s Local Reporting Network, which has included working with residents to monitor air quality and crowdsourcing real-time reactions to air pollution, has contributed to several awards. These include a 2020 Selden Ring Award and Gerald Loeb Award (“Profiting from the Poor”), as well as a 2021 finalist for the Anthony Shadid Award for Journalism Ethics and the Gather Award in Engaged Journalism (“State of Denial”). Her work has appeared in NBC Investigations, Chicago magazine and the Chicago Tribune, among others. She lives in New York and speaks Spanish. 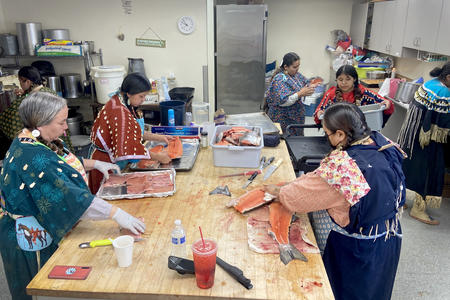