McKayla Lee is the Indigenous Reporting Fellow at Underscore.

She is a first-year undergraduate student double majoring in Journalism and Native American Studies at the University of Montana. She was born and raised in Whale Rock, Arizona on the Navajo Nation and is an enrolled Diné citizen of the Navajo Nation. McKayla spent four years as a reporter at the Southern Ute Drum in Colorado and has won awards for her writing and photography from the Native American Journalists Association, Society of Professional Journalists, Colorado Press Association and the Colorado Coalition Against Sexual Assault. She is the first recipient of the Underscore Indigenous Journalism Fellowship, launched in 2022. 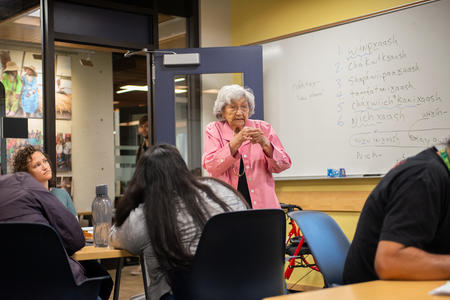