Neal Morton is the Western education reporter for The Hechinger Report, covering 10 states in the West: Arizona, Colorado, Idaho, Montana, New Mexico, Nevada, Oregon, Utah, Washington and Wyoming. Neal most recently reported on persistent problems — and promising solutions — in Washington’s public schools as part of the Education Lab team at The Seattle Times. Before that he covered the nation’s fifth-largest school district — Clark County, in Nevada — after starting his love affair with the education beat along the U.S.-Mexico border in South Texas. He also spent three years in San Antonio reporting on the hospitality, manufacturing and retail industries. A child of the West, Neal has lived in Arizona, California, Nevada, Utah and Washington. He graduated from a Las Vegas high school before heading to Reno for journalism school and calls Sin City home. He once prompted the evacuation of that high school after sneaking a fog machine into his world history class for a group project on folk stories. Neal currently lives in Seattle, exploring the PNW via its classrooms and hiking trails. 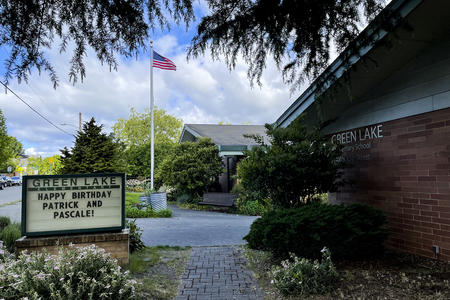 Some parent groups are trying to find ways to redistribute both monetary donations and “sweat equity” between affluent and high-poverty schools.