Ahead of the festival this May, the economist and political commentator chats about the power of the modern American CEO and empowering the average person. 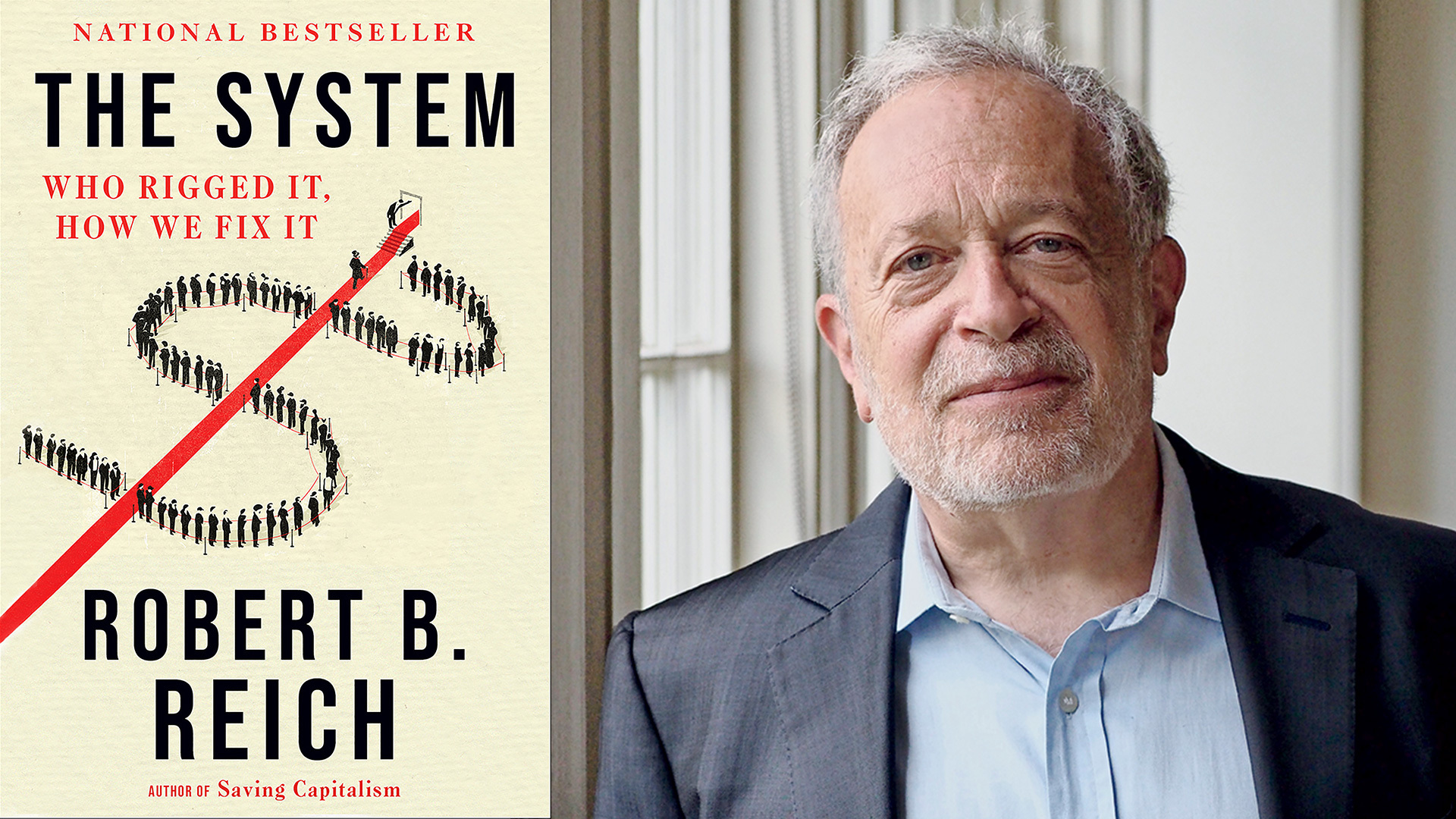 Robert Reich's new book, "The System: Who Rigged It, How We Fix It," explores the power of the modern American CEO.

Robert Reich has served in three national administrations and has written 15 books, including the recent The System: Who Rigged It, How We Fix It. His articles have appeared in The New Yorker, The Atlantic, The New York Times, The Washington Post and more. Or maybe you know him from Twitter, where he has 1.3 million followers. However you know his work, Crosscut is excited to announce that Robert Reich will be a part of this year’s Crosscut Festival.

Reich will be joining our conversation about new economic ideologies at the Crosscut Festival. Every year, journalists, politicians, authors and newsmakers from our Pacific Northwest community and around the nation come together at the Crosscut Festival to take a hard look at the people, policy and events that shape our lives. Because we can’t gather together in person just yet, this year’s Crosscut Festival will be a virtual, free event, spanning six days, May 3-8, 2021. (Get tickets now.)

Ahead of the festival, Reich took the time to chat with Crosscut about his upcoming conversation at our event and his new book, The System. The book explores the "rigged" systems of how American politics and power operate, how this status quo came to be and how average citizens can enact change.

Here is what Reich had to say about the power of the modern American CEO, empowering the average person and his appearance at the Crosscut Festival.

What has changed for the worker at a large American company (or, in terms of salary, what hasn’t changed?), and what are the ramifications of this on potential to accumulate wealth or stay out of poverty?

The biggest change has been stagnant wages for 40 years, adjusted for inflation. The median wage in America has barely budged. Almost all economic gains have gone to the top. So it's hardly surprising that many blue-collar workers are angry, frustrated and living from paycheck to paycheck.

Considering the current power of CEOs and organizations, and their effect on politics, do you see signs of policies changing to empower the average person?

I'm encouraged by the Biden administration's and congressional Democrats' American Rescue Plan, which is the largest anti-poverty policy enacted since the 1960s. Was it because working people and the poor gained more power? Indirectly, I think yes. The white working class voted for Donald Trump in 2016, signaling their overwhelming discontent with politics as usual. And the poor — disproportionately people of color — voted in large numbers in 2020, essentially installing Joe Biden as president.

You’ll be joining us at Crosscut Festival in a conversation about new economic ideologies. What do you hope this conversation will address?

Oh, there are so many things to talk about. The power shift from workers to large corporations and the wealthy, which occurred between the late 1970s and today; the parallels between the first Gilded Age of the late 19th century, followed by the Progressive Era, and today’s Second Gilded Age and perhaps another progressive era; the failures of supply-side, "trickle-down" economics and the importance of bottom-up economics, in which government provides direct cash assistance to the bottom half; and, of course, the great change from when I was in the Clinton administration — when Democrats obsessed about the budget deficit, loved global trade treaties and sought to end welfare — and the Biden administration — where Democrats both inside and outside the administration no longer worry about budget deficits, are skeptical about trade and, as I said, now embrace direct cash assistance. Fascinating turnabout over the last 25 years.

Join Robert Reich and other newsmakers at the Crosscut Festival. Get your tickets now.