Bill McKibben on climate activism as a lifetime fight 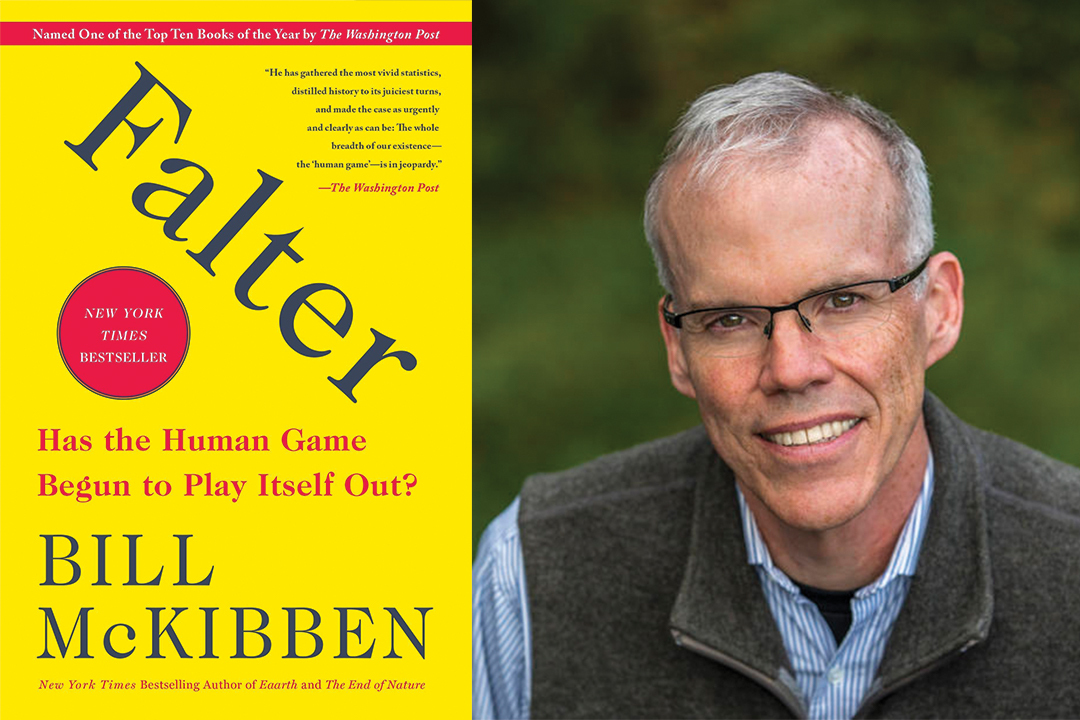 Bill McKibben discusses “Falter,” his upcoming appearance at the Crosscut Festival and more.

Bill McKibben has been spreading the message about climate change — as well as fighting it as an activist — for more than 30 years. After decades of work entrenched in the thick of debates and disaster surrounding climate change, one could start to lose hope. But McKibben has a message: It’s not too late, and you’re not too old.

McKibben is a contributing writer to The New Yorker and a founder of Third Act, which organizes people over the age of 60 to work on climate and racial justice. He founded the first global grassroots climate campaign, 350.org, and serves as the Schumann Distinguished Professor in Residence at Middlebury College in Vermont.

McKibben will be joining us virtually this year at the Crosscut Festival as part of our Science & Outdoors track. Every year, journalists, politicians and newsmakers from our Pacific Northwest community and around the nation come together at the Crosscut Festival to take a hard look at some of the biggest issues of our time. In McKibben’s session “Everything in the Balance,” the man who was among the earliest to warn of global warming now tells us we have a small window of time remaining, not just to save ourselves from the impacts of climate change, but to rescue humanity itself. (Get tickets.)

Ahead of his appearance at the Crosscut Festival, McKibben took the time to chat with Crosscut about Third Act, climate refugees and his book, Falter: Has the Human Game Begun to Play Itself Out?

Could you tell us a little bit about Third Act and what inspired you to found this organization?

I've been doing a huge amount of climate organizing these past decades, mostly with young people — I started 350.org, the first iteration of a global climate movement, with seven college students. And I've been thrilled to watch much younger people even than them start leading things — Greta [Thunberg], and all the Gretas around the world who are huge leaders in this effort. But, I also began to feel uneasy — it doesn't seem right to demand that high school students solve the biggest problems on Earth as extra homework.

So, we're organizing people over the age of 60 for action on climate and democracy. We think we can play a big role backing up the youth who are in the lead.

In Falter, you discuss how climate change is shrinking the space where civilization can exist. What are the ramifications of this?

We've been expanding as a species ever since we started moving out of Africa, but now our space is starting to contract — sea levels are taking away land, fire is constricting the places we can live, and the scientists assure us that large swathes of the world will be too hot to inhabit soon.

When considering the idea of limited places for humans to thrive, what can you tell us about climate refugees? What are the current stats and predictions on this?

The UN estimates that unchecked global warming could produce a billion climate refugees or more. Take the extraordinary and tragic flow of refugees out of Ukraine and multiply it by 300 or more.

Falter also discusses the threat of new technologies, like artificial intelligence, on human existence. How do you view this warning as compared with climate change warnings decades ago?

I think we should start having a conversation now, instead of waiting for a few decades till it's a fait accompli like climate change.

You will be joining us at the Crosscut Festival in May. What do you hope this conversation will address?

I hope that I can help convince some other oldsters that we've got the skills, resources and time to help make a truly big difference

Join Bill McKibben and other newsmakers at the Crosscut Festival. Get your tickets now.