Before appearing at the Crosscut Festival, Congressman Adam Schiff took the time to chat with Crosscut about the insurrection, his book and more. 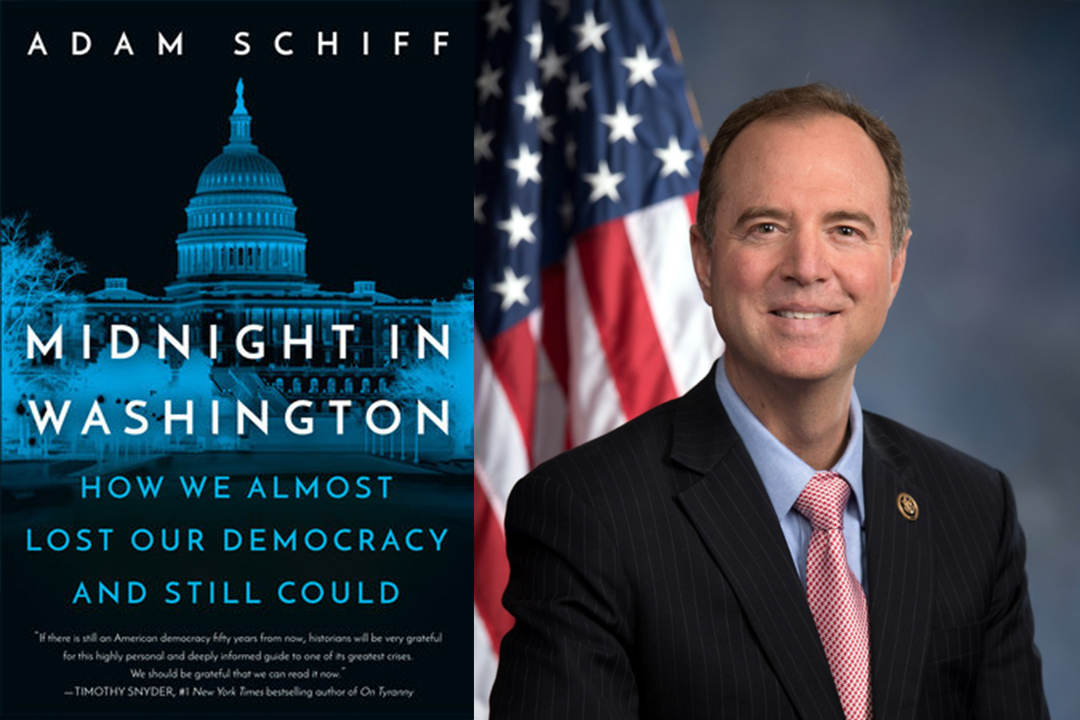 On Jan. 6, 2021, U.S. Rep. Adam Schiff found himself in the middle of the insurrection at the United States Capitol. He has since spread the word about his experience, detailing the events in his new book, Midnight in Washington, and he has served on the committee to investigate the events of Jan. 6. Schiff will join us at the Crosscut Festival on May 7 as a virtual keynote speaker to discuss these events and more in the session “A Nation on the Brink.”

Every year, journalists, politicians, authors and newsmakers from our Pacific Northwest community and around the nation come together at the Crosscut Festival to take a hard look at the people, policies and events that shape our lives. And threats to democracy are some of the biggest challenges we face today. (Interested? Get tickets now.)

The rise of conspiracy theories, misinformation and disinformation present an unprecedented challenge to our country and democracies around the world. Few have been closer than Schiff to the threat and the fight to protect democracy here at home. Before he takes the stage virtually at the festival, Schiff took the time to chat with Crosscut about the insurrection, his book and more.

Chapter 1 of your book Midnight in Washington places readers in the middle of the Jan. 6 insurrection from your perspective in the Capitol. Why was it important to you to share your account of these events?

Jan. 6 was an assault against our country, our democracy and the very ideals of a free and fair election, and it was important for me to put readers directly into that moment to convey how close we came to losing our democracy that day. With all the revisionist history about Jan. 6 being “a normal tourist day” or “legitimate political discourse,” I also wanted to remind people of what it was really like.

Your book discusses the country’s great divides during the Trump administration? Have things improved since Trump left office? Or how have things changed?

I fully expected that after the horrors of Jan. 6, after the country got to see what a disastrous end Trump and Trumpism had brought the country, the GOP would finally repudiate all that he represented. and we would turn a corner. Tragically, that hasn’t happened and the Republican Party has used the big lie to usher in new state laws disenfranchising people and attacking the infrastructure of our elections.

At the beginning of the book, you wrote, “Midnight is the darkest moment of the day, everywhere in the world. But it is also the most hopeful because everything that comes after holds the promise of light. America has a genius for reinvention, and we must use it.” Where do you see light and hope?

In the darkest moments of the Trump administration, the country witnessed all too many of its elected officials capitulate to the president’s immorality. But we also met new heroes, people like Lt. Col. Alexander Vindman, Marie Yovanovitch, Bill Taylor and others who spoke truth to power, despite overwhelming pressure from a sitting president to remain silent. And throughout the country, we have seen some of the most remarkable new public servants step forward to run for office.

Don’t miss Adam Schiff and other newsmakers at the Crosscut Festival. Get your tickets now.