The documentary ‘Our Bodies, Our Doctors’ profiles women’s health professionals in Washington and Oregon. 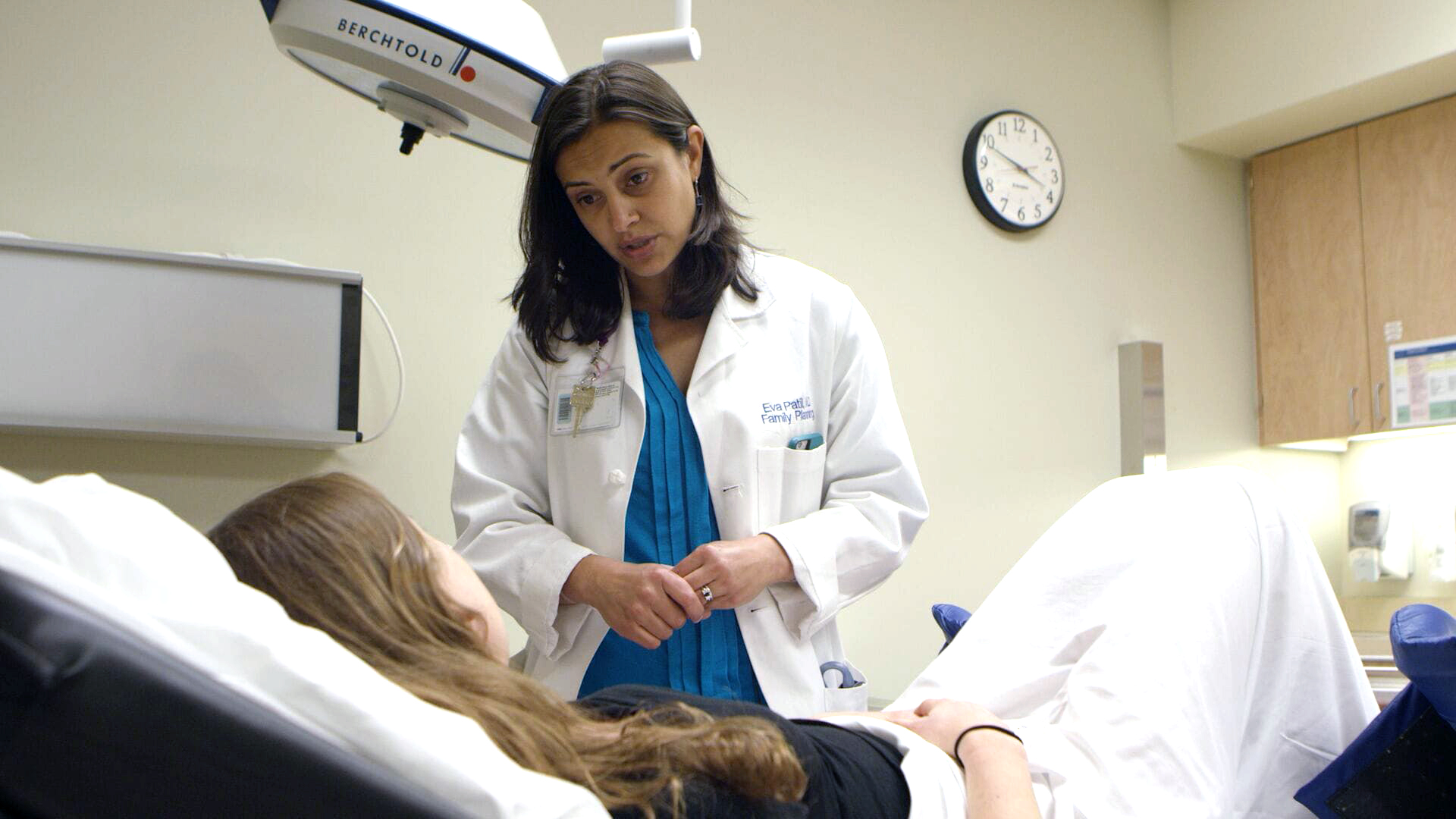 A still from Jan Haaken’s documentary ‘Our Bodies, Our Doctors.’ (Jan Haaken)

A day in the life of an abortion provider usually starts in a parking lot. She gets out of her car, slings a purse and maybe a lunch bag over her shoulder, and walks toward a nondescript building. She might greet a protester on the way in, might note the giant baby photo on the side of a box truck parked in deliberate view. She passes through the clinic doors, where a circular sticker bears the image of a black handgun with a red slash across it. Once inside, the doctor joins her team of receptionists, medical assistants and nurses, and prepares for the first patient.

Behind the headlines, behind the legal battles, behind the politics, protests and posters are the people who go to work every day to provide women with family-planning services, including contraception and abortion. According to the Alan Guttmacher Institute, 1 in 4 women in the U.S. will have an abortion by age 45. The majority of those abortions are provided by independent women’s health clinics.

The new documentary Our Bodies, Our Doctors  — now streaming on several platforms — takes viewers inside clinics in Washington and Oregon (and Oklahoma, where an Oregon-based doctor regularly travels to help with the increased demand at one of the state’s last three remaining women’s health clinics) to meet the people working intimately with women in need of assistance.

“I’m interested in work that’s a focus of public controversy,” said director Jan Haaken in a phone interview. “Jobs where despite societal attention to the issue, the people doing the work are rarely acknowledged.” Her previous documentaries have profiled people working in domestic violence shelters, refugee camps and mental hospitals.

Haaken grew up in Seattle, graduated from the University of Washington as a psychiatric nurse and is now a professor of psychology at Portland State University. During the 1970s, she was involved in the women’s “self-health” movement, and the title of her film nods to Our Bodies, Ourselves, the groundbreaking guide to women’s health and sexuality from that era. Through archival footage and interviews, Haaken reveals that the bestselling book started out as essentially a contraband booklet, copied and shared among women desperate for reproductive information.

Our Bodies, Our Doctors follows clinic staff as they usher nervous patients through explanations and procedures. Providers are warm and supportive, holding gloved hands with a patient or gently rubbing her arm while she’s in the stirrups. Women’s health information is eagerly shared (such as the “favorite fact” Dr. Deborah Oyer tells a patient experiencing cramping: “The uterus is the strongest involuntary muscle in the body,” she says, smiling. “That means it’s doing exactly what we want it to be doing”). The picture that emerges is of a tightly knit community of caring. In the background, a bulletin board is covered with handwritten thank-you cards; a sticky note outlines bomb-threat procedures.

“What makes this such a charged issue is that you’re ending a potential life,” Haaken said. “It has complexity. But when you acknowledge that, it often gets diverted into the anti-choice narrative. With this film, I wanted to provide information to reclaim the narrative, and not be so terrified of the other side.”

Much like the Seattle-based organization Shout Your Abortion, Haaken hopes to open up personal conversations on the topic in order to reduce the stigma associated with abortion. “It’s not in the back alley any more,” she said, “but it’s still in the back room of the culture, veiled in mystery.”

In separate phone calls, Crosscut spoke with Our Bodies, Our Doctors director Jan Haaken and Dr. Sarah Prager, professor in the OB-GYN department at the University of Washington and one of the abortion providers featured in the film. These conversations have been edited and condensed.

It’s been 45 years since Roe v. Wade, and it seems as politically contentious as ever. But one of the things that stands out in the film is that Roe v. Wade wasn’t specifically about women gaining the right to make their own health decisions, it was about doctors being allowed to choose to provide abortions.

Jan Haaken: It’s important to defend it, but it was a compromise from the beginning. I think you can over-invest in Roe v. Wade because it has never delivered as a just society would.

Sarah Prager: It was in line with the paternalistic thinking of the medical and legal establishment at the time. We weren’t in any way ready for it to be about women’s rights. A legal colleague of mine says that in a way, reversing Roe would be a better outcome than chipping away at it with death by 1,000 cuts, because it would inspire such a backlash that it could potentially get Congress to act. But that’s really playing chicken at a high level.

The Pacific Northwest has been historically liberal when it comes to abortion laws — in 1970, Washington became the first state to legalize abortion by referendum. Do you have any concerns that state law could change in the current climate?

Prager: My crystal ball says we will probably reaffirm our laws here in Washington. There’s a group trying to get a ballot initiative going for parental notification [laws that require one or both parents to be notified before a minor can have an abortion] — those are harder to beat, but my sense is we will prevail. We’re just going to have to run faster to stay in place.

Haaken: The South is often the place that’s undeservedly seen as the most backward area of the country. But in Oregon and Washington, bishops [in the Catholic Church] have enormous influence on health care. In Washington, 49% of hospital beds are under the direction of bishops [meaning abortions are not an option]. That’s a source of tremendous controversy in this community. In a typical abortion documentary, you see the crazy preachers on the street corners, and you can kind of laugh at them. But the strongest forces are not shouting on street corners. They’re wearing business suits and making huge decisions about women’s health.

As noted in the film, between 2010 and 2016 more than 300 laws were passed restricting access to abortion across the country. And just recently, Alabama moved to outlaw almost all abortions. How have women’s health doctors responded to this increase in restrictions?

Prager: Looking at people interested in family-planning fellowships [as part of an OB-GYN residency], we had more people in 2017 than ever before. We joke about the “Trump bump,” but people are feeling more activated and galvanized. People who sat back previously now feel like they have to be more vocal.

Haaken: I think it’s not unlike other areas of politics — immigration, the environment — it’s horrifying to see the extreme cruelty of right wing politics, but it’s also awakening people to the importance of fighting for a humane and just world.

Why is this documentary important?

Prager: The crux of it for me is that abortion is a normal part of health care and shouldn’t be exceptionalized. Women die more frequently when abortion is illegal.

Haaken: I remember in the 1990s being struck by how many young women seemed ambivalent about abortion. When it would come up with my students, they’d say, “I think it’s fine for other women, but not for me.” Part of the reason was they didn’t have any exposure to it, and no way to talk about it. So I think this film is for people who are in some way pro-choice, but don’t really know how to talk about it. I’m hoping to have screenings in small towns and invite people to have a conversation.