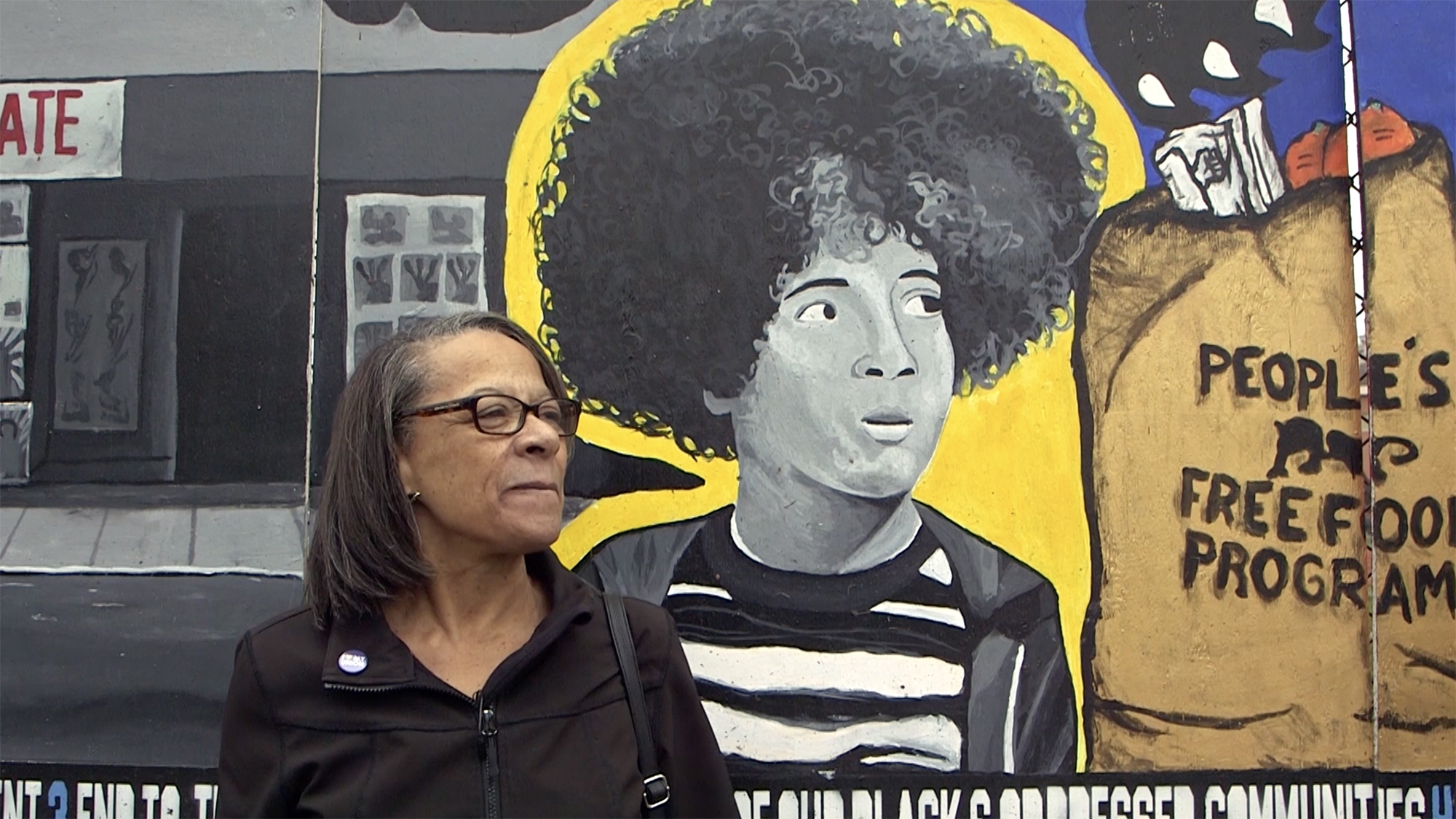 As a recent Seattle Central grad, Vanetta Molson-Turner was energized by the Panthers’ message of revolution and change, and moved into the party’s headquarters, she explains in the new documentary 'Keepers of the Dream: Seattle Women Black Panthers.' (Film still from the documentary by Patricia Boiko/Tajuan LaBee)

The phone rang around dinner time. It has been roughly 50 years since that night, but Frances Dixon still remembers. “We’re going to kill your son,” said the voice on the line. By “son,” the anonymous caller meant either Elmer or Aaron Dixon, both of whom helped found the Seattle chapter of the Black Panthers for Self-Defense in 1968.

Either way, Frances Dixon wasn’t too rattled. “OK. Try it,” she recalls replying in a new documentary about women in the Seattle Black Panther Party. Composed of five interviews, Keepers of the Dream: Seattle Women Black Panthers zooms in on the personal narratives of the Seattle women in the party. The film, produced and directed by local filmmakers Tajuan LaBee and Patricia Boiko, premieres Friday to a sold-out audience at Northwest Film Forum. (An added screening will be held Feb. 20.)

Seattle alt-jazz diva SassyBlack (aka Catherine Harris-White) composed the documentary’s musical heartbeat, a groovy, horn-laced score that weaves through the narrative. I’m a queen of the scene, Harris-White sings as the camera pans to the powder blue Central District house where the Dixon brothers and others held the Seattle Black Panther Party chapter’s first organizational meeting (and where Frances Dixon still lives). And I mean business, SassyBlack continues.

Such determination is precisely what emerges from the accounts of the five women featured in Keepers of the Dream: Dixon, a “Black Panther Mom,” and Black Panthers Phyllis Noble Mobley, Vanetta Molson-Turner, Youlanda Givens and Winona Hollins-Hauge.

Mobley was only 15 when she joined the Black Panther Party in Seattle. She sold Black Panther newspapers and collected donations for the Panthers’ free breakfast program. Givens was involved in the breakfast program too, purchasing, cooking and serving food, and collected donations as well. As a recent Seattle Central grad, Molson-Turner was energized by the Panthers’ message of revolution and change, and moved into the party’s headquarters. To transport supplies to the Panthers’ first free health clinic in Seattle, she had to first step over the protective sandbags that lined the interior of the headquarters.

“They weren’t just a black leather jacket, beret [wearing], stomping, gun-toting party,” Molson-Turner says in the documentary. “They cared about the community. And it was what I wanted. Things needed to change.”

Keepers of the Dream: Seattle Women Black Panthers is now available on YouTube (via Seattle Channel).

After the film screens in Seattle, its interviews will become part of the University of Washington’s Seattle Black Panther Party History and Memory Project, an online repository of oral histories, photographs and documents relating to the Panthers’ local history and legacy. On its website, the project prides itself on being “the most extensive online collection of materials for any chapter of the Black Panther Party.”

And yet local filmmaker Patricia Boiko found zero stories about Black Panther women on the website when she took a look roughly three years ago, soon after filmmaker and amateur Black Panther scholar Tajuan LaBee had asked her to collaborate on his forthcoming documentary about the Seattle chapter at large. (Boiko and LaBee had met years earlier at PepperSpray Productions, a local activist video collective.)

“It was only men,” Boiko recalls about the website. Today she and co-producer LaBee sit in an upstairs room at Northwest Film Forum, ready to take on another round of video edits on the laptop in front of them. 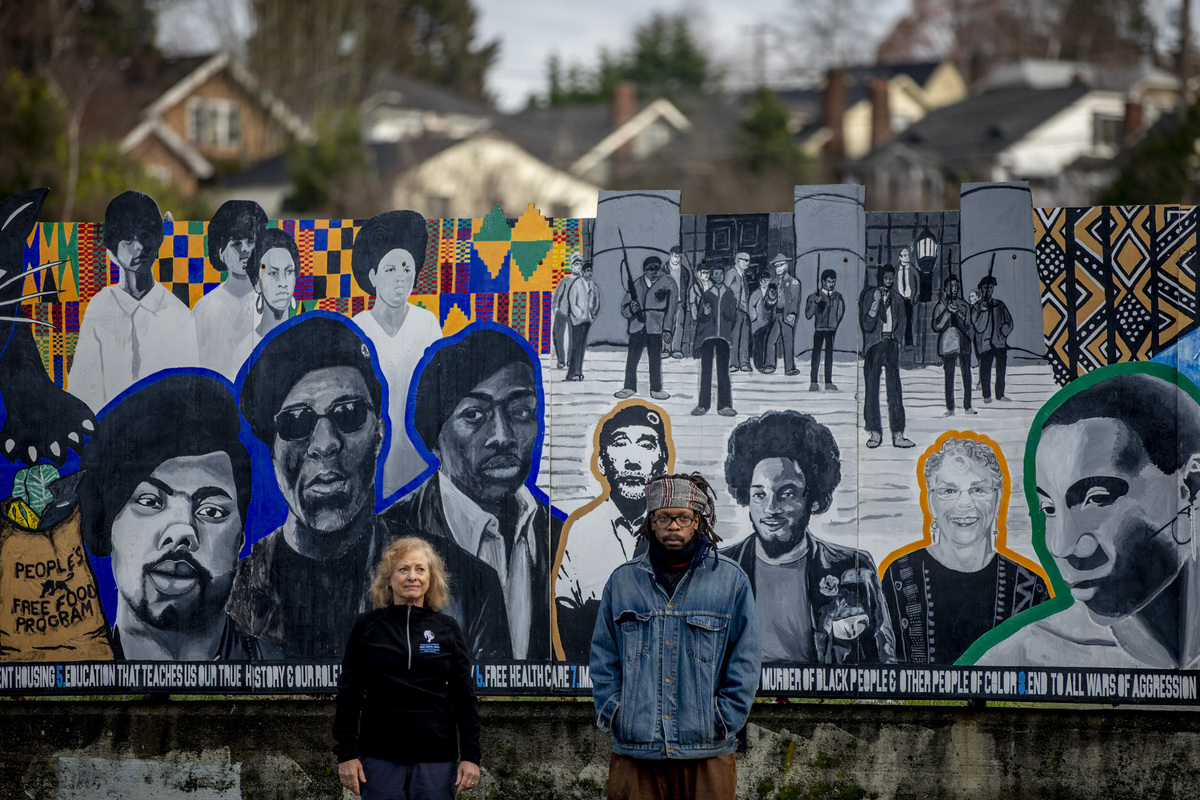 To Black Panther history buffs, the dearth of women’s histories is likely no surprise. Although recent scholarship has shed more light on the contributions of women to the Black Panther Party, their work still gets overlooked, says Robyn Spencer of the Intersectional Black Panther Party History Project (IPHP), a national group created by four African American historians (all women), including Spencer.

“Many people know about the Black Panther Party, their history and iconography. But the specifics as to who did what, where, when and how, gender politics, gender expression and the role of women — oftentimes that’s where there’s a fog. And in that fog women get lost,” Spencer says.

Contrary to the “masculine” image of the Black Panther Party, women took up roles at all levels of the hierarchy, from rank-and-file positions all the way up to leadership, says Mary Phillips of the IPHP. Women also founded or co-founded local chapters and “were the dominant membership of the BPP,”  Phillips says. She adds that in the late 1960s and ’70s, 60% percent or more of the party’s central body were women.

“Women were critical to the survival of the organization,” Spencer says. “They were the movers, the shakers, the theorists, the thinkers, the organizers — they were keeping the party going.” As many men from the party were killed, jailed, exiled or forced to go underground, women took on more leadership positions and helped oversee the continuation of the Panthers’ social programs — and the party itself.

That’s why, as scholar and professor Curtis J. Austin writes in his book Up Against the Wall: Violence in the Making and Unmaking of the Black Panther Party, Black Panther women were the “keepers of the dream.”

But because of the “misogynistic, sexist” society then and now, that part of the Black Panther Party story has long been overlooked, Spencer says. “Also, oftentimes because women were ‘underground’ doing the everyday work, they didn’t have the chance to write down their story like some men,” she adds.

Which means that to get to those stories 50-plus years later, you simply have to dig deeper. When Boiko, the filmmaker, asked the UW why the History and Memory Project didn’t feature any female Black Panthers, they told her they had tried but couldn’t find the women, or couldn’t persuade them to go on the record, she says.

So Boiko and LaBee got to work. The latter had received a list of contacts, including women, from local Black Panther co-founder Aaron Dixon and made cold call after cold call. LaBee and Boiko attended the 50th anniversary celebration of the Seattle chapter of the Black Panther Party at Langston Hughes Performing Arts Institute, where, as Boiko puts it, they “recruited” women who’d been active in the party.

One by one, the duo persuaded women to appear on camera and tell their stories. And that wasn’t always easy, Boiko says. Many women were shy. And it was so long ago. Some thought their story didn’t matter that much. But except for one woman, who retracted her “#MeToo” story, as Boiko frames it, they talked.

“The whole thing was eye-opening ’cause I didn’t really know anything about women’s involvement in the Seattle chapter,” LaBee says. “Women were given positions of power and leadership in ways that I didn’t see happen a lot in organizations during that time.”

Those contributions were not without roadblocks. Even though the Panthers believed in equality for all (including genders), the party was not without sexism, with great variations among chapters.

Women were critical to the survival of the [Black Panther Party]. They were the movers, the shakers, the theorists, the thinkers, the organizers — they were keeping the party going.”
— Historian Robyn Spencer

Stories of communal equality and shared tasks among “comrades” — with men changing diapers and women covering guard duty — endure. “Surprisingly, we weren’t pushed into the kitchen, to cook, clean, polish — none of that stuff,” Molson-Turner says about the Seattle chapter in Keepers of the Dream. “We had a list of duties and we rotated between all of us. Women did the cooking, men did the cooking, women did the cleaning, men did the cleaning.... Being a security guard, everyone would do it.” And the women, she adds, just like the men, took lessons in cleaning and handling guns.

In other tellings, such as the autobiography of former Black Panther Party Chairwoman Elaine Brown, sexism plays a major role in the party’s dissolution. And then there are women who are reluctant to share their experiences for fear of it overshadowing the good the party has done, according to researcher Angela D. LeBlanc-Ernest.

“While I wanted to address [sexism],” LaBee says about the documentary, “I didn’t want to shoehorn it in if it wasn’t there. If the women I spoke with didn’t experience it, I don’t want to try to force it just to have that part of the story.”

Youlanda Givens, for example, left the party because she wasn’t comfortable with mandates from the California headquarters attempting to regulate women’s interactions with male counterparts. But she also notes that “if there was kind of a glass ceiling … I wasn’t aware of it at that time.”

“The Panther story is very, very complex,” LaBee says. It’s the combined stories of many women and men, and with this documentary (as well as his upcoming film about the Seattle chapter as a whole), a story he wants to tell in all its complexities, in all its twists and turns. In the end, he says, “I hope that this project helps open people’s eyes to the different ways that women have helped shape the revolution.”

Or, as in the case of Mobley, how the revolution has shaped them. In a touching moment in Keepers of the Dream, Mobley recounts that when attending Franklin High School in Seattle, she was told she was going to be a secretary. Her path seemed locked in, until she joined the Black Panthers. “From the time that I joined the organization, it gave me strength,” she says. The Panthers “were really instrumental in giving me the mindset that I could do anything — nothing was impossible.”

“They influenced me by telling me I was Black, I was strong, we were beautiful, we were queens, we could do just about everything,” Mobley continues. “We didn’t have to settle for what the status quo is. We could go bigger and beyond.”


This story has been updated to include the YouTube availability of the film. 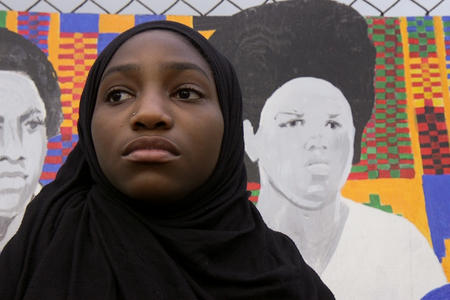 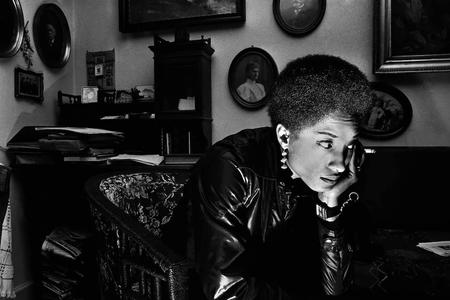