View of the Duwamish River at low tide from T105 Park. (Brangien Davis/Crosscut)

It was long awaited and long debated, but we finally have a name for our new National Hockey League team: Seattle Kraken. The selection of an otherworldly cephalopod sparks many questions, from grammatical (is Kraken plural?) to cultural (are fans called Suckers?) to logistical (when will it be safe to pile into a sporting arena again?). Whether you like the name or not, it’s certainly an apt metaphor for the oceanic upheaval of 2020.

For those who feel like nomenclature is in their nature, here’s a chance to title another Seattle emblem. Port of Seattle has paired with Seattle Parks Foundation to launch a new project called “Incredible Parks Want Incredible Names,” which is now seeking submissions (through Aug. 31) for renaming the six small parks along the Duwamish River.

Every time I’ve told people about this project, they’ve said, “There are parks along the Duwamish River?” The answer is yes! The current names of these parks, however, do not inspire picnics or poetry: Terminal 107 Park; Terminal 105 Park; Eighth Avenue South Street End. See? But these shoreline access sites — to Seattle’s only river — are quite lovely, and offer a whole new view of the city, its industry and history. 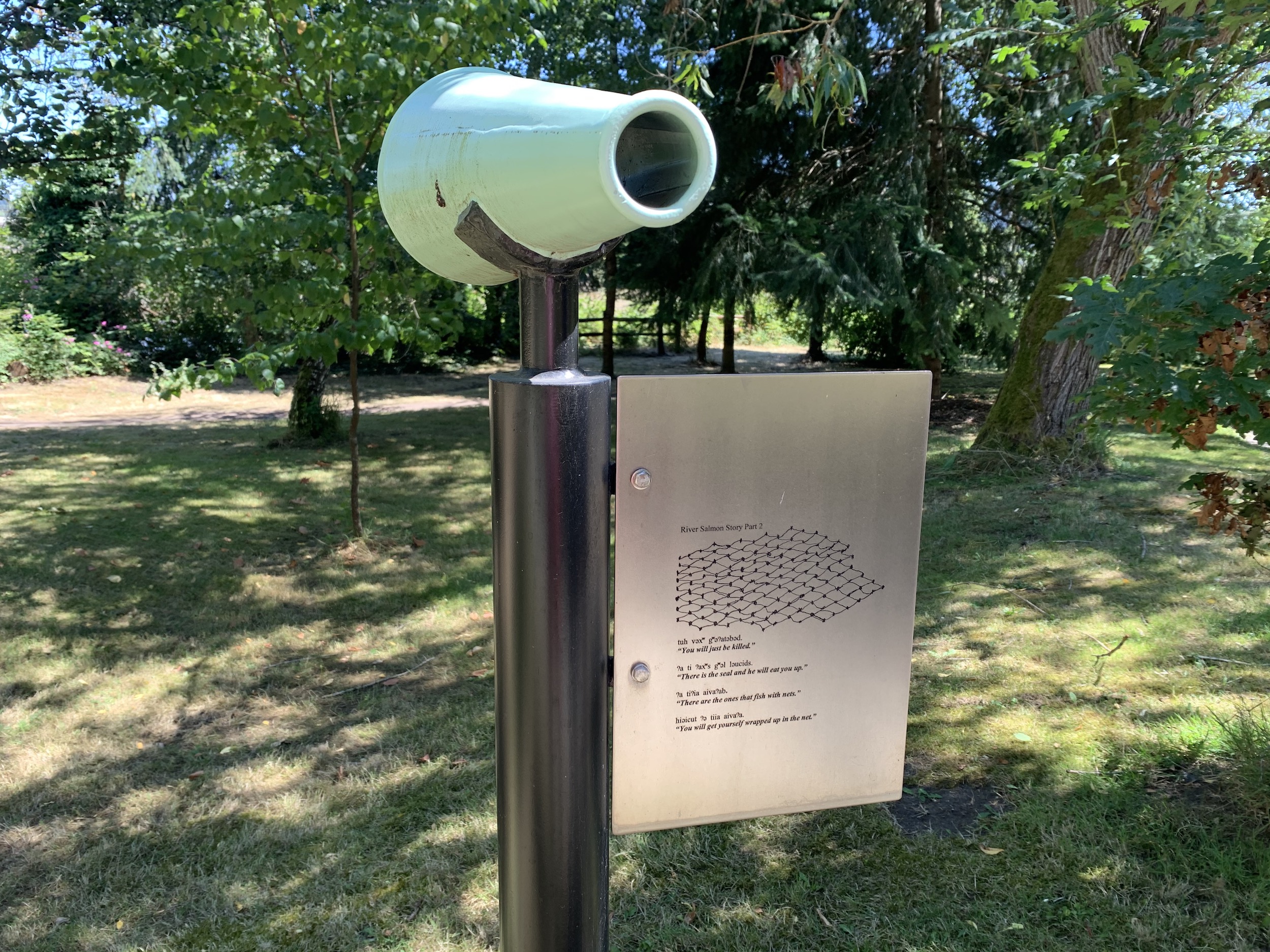 For my field trip this week, I took a sunny Saturday to revisit a few of the parks (T105 is a fave, near the Duwamish Longhouse) and again marveled at how full of life the river feels. Once deemed one of the nation’s most toxic hazardous waste sites (and an Environmental Protection Agency Superfund site), the Duwamish River is being slowly, surely restored, in collaboration with Duwamish tribal members. (Learn more in the new book, The River That Made Seattle.) I walked through verdant spaces that open onto a waterway teeming with birds. There were multiple herons wading and fishing, swallows swooping, a couple of hawks fighting over primo real estate and flocks of noisy Caspian terns.

Sure, there are also industrial barges and multicolored boxcars stacked across the way, but you still get a sense of the river as the breadbasket it once was for the Coast Salish peoples who settled along it, and the recreational spot it currently is for multiple Native and immigrant communities. How cool would it be if the new park names reflected that reality, too? Guidelines state that submissions should be culturally, historically or environmentally important, and should not be names of people, companies or organizations (not clear where they stand on mythical sea beasts). The names can be in any language. Lushootseed has a nice ring to it.

Update: Reader Susan Ward — a longtime Duwamish River steward — wrote to let me know that the Duwamish Tribe has submitted their choice for renaming T107 Park (which is the closest to their longhouse): Ha ah Poos Duwamish Village Park. The name is what the early 20th century Duwamish people called the area, and it means “Where the horse clams grow.” 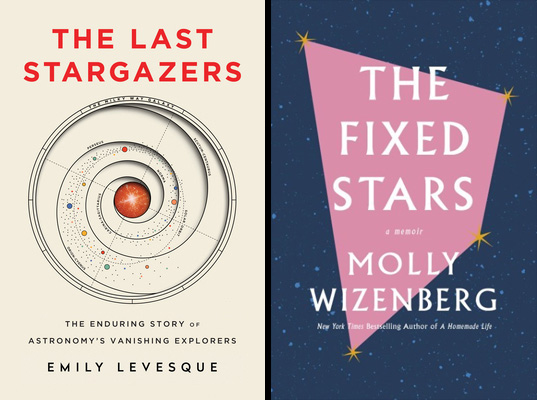 Speaking of places that were once deemed scorched and desolate but now exhibit signs of life: Mars!

Regular readers of this newsletter know I’ll take any opportunity to talk about astronomical phenomena, and I have several reasons to do so this week. Just a few hours ago, NASA’s Mars 2020 Mission launched the Perseverance Rover into space. Named by a teenager who won a NASA essay contest (and has a keen knack for timely branding), Perseverance will travel for about seven months before landing in the red planet’s Jezero Crater, where it will start sniffing around for signs of past life.

Back on Earth, local authors are sharing the results of more personal explorations with two new nonfiction books. Emily Levesque, a professor in the University of Washington’s astronomy department and expert on massive stars (!), is publishing her first popular science book: The Last Stargazers: An Enduring Story of Astronomy’s Vanishing Explorers (out Aug. 4). In it, she introduces us to the modern-day scientists keeping their eyes on the skies, and shares her own stories, “from the lonely quiet of midnight stargazing to tall tales of wild bears loose in the observatory.” The book is already getting great press, but of course she had me at “a love letter to astronomy.” Levesque will speak about the book virtually via Elliott Bay Book Company (Aug. 3, 5 p.m., free).

Seattle food writer Molly Wizenberg (Orangette blog, A Homemade Life) is making a galactic shift with her new memoir, The Fixed Stars (out Aug. 4). The book (also racking up glowing reviews) traces her sudden awakening — after a life of thinking she was straight and a decade of being married to a man — to her own queer identity. In her customary frank and friendly prose, she reveals her personal reckoning with love, marriage, parenting, divorce and sexual orientation. The title comes from the ancient astronomical concept that stars stick together in the same constellations — but of course those are just familiar patterns we’ve named, seen only from one perspective. Wizenberg will have a virtual book launch at Elliott Bay Books (Aug. 4, 6 p.m., free).

The belief that perspective shifts and massive change are possible is evident on walls all over Seattle. We’ve seen the murals everywhere, but protest art is appearing on more than boarded up storefronts. South Lake Union’s Ninth & Thomas building (where the public lobby is full of grunge photography) recently added an eight-story-tall banner to its exterior: “American Rage,” by Shepard Fairey, which features a protester wearing an American-flag mask. Fairey calls it “a celebration of protest as a form of civic participation in democracy.”

At the Volunteer Park amphitheater, the excellent outdoor exhibit Chile Woke (up through Friday, July 31, and viewable online) features vibrant posters and photography from the political uprising that began in Santiago in October 2019. The curators, Rebeca Sanchez and Marcela Soto, Seattle transplants from Chile, say their purpose is to “motivate further conversations on the deep implications of what it means to live together, not just in a country, but in a world that is aching for changes.”

And in neighborhoods across the city, a new poster campaign by local nonprofit Amplifier is raising the visual volume of the three demands of the Black Lives Matter movement: defund the police, free the protesters and invest in community. Amplifier created the posters pro bono, working with Seattle activist Nikkita Oliver and commissioning Seattle artist Teddy “Stat” Phillips (who painted the “I” in the Black Lives Matter street mural at CHOP) to create the eye-popping designs.

Amplifier has printed and distributed 1,500 of the posters, and they’re also available online as free downloads. When I asked executive director Cleo Barnett how posters contribute to social progress, she didn’t hesitate. “Artwork can give us strength when we’re tired,” she said. “It refocuses us and cuts through the noise of social media. It makes the invisible visible. It points the compass in a direction we want to go.”