This week we celebrate 100 years of women’s suffrage, at a moment when it’s more important than ever to exercise our right to vote. Just as states found plenty of ways to get around the passage of the 19th Amendment — blocking women of color from voting for decades — powerful people are still meddling with voting accessibility.

That’s all the more reason to amplify a diversity of voices for Women’s Equality Day, which is Aug. 26. But I’ll be stretching my celebration of the occasion through this week and next (and likely all the way into November) by immersing myself in the work of radical women artists. Here, I’ll share a few recommendations so you can do the same.

New at BAM as of this weekend is an installation by Holly Ballard Martz that reflects women’s long struggle for reproductive rights. For Danger of Nostalgia in Wallpaper Form (in utero), Martz hand-bent dozens of wire hangers into uterus shapes, then repeated the form on a teal blue background to resemble prim wallpaper. (A similar version appeared at the last Seattle Art Fair.) Suddenly the taboo topic of abortion is writ large on the wall. 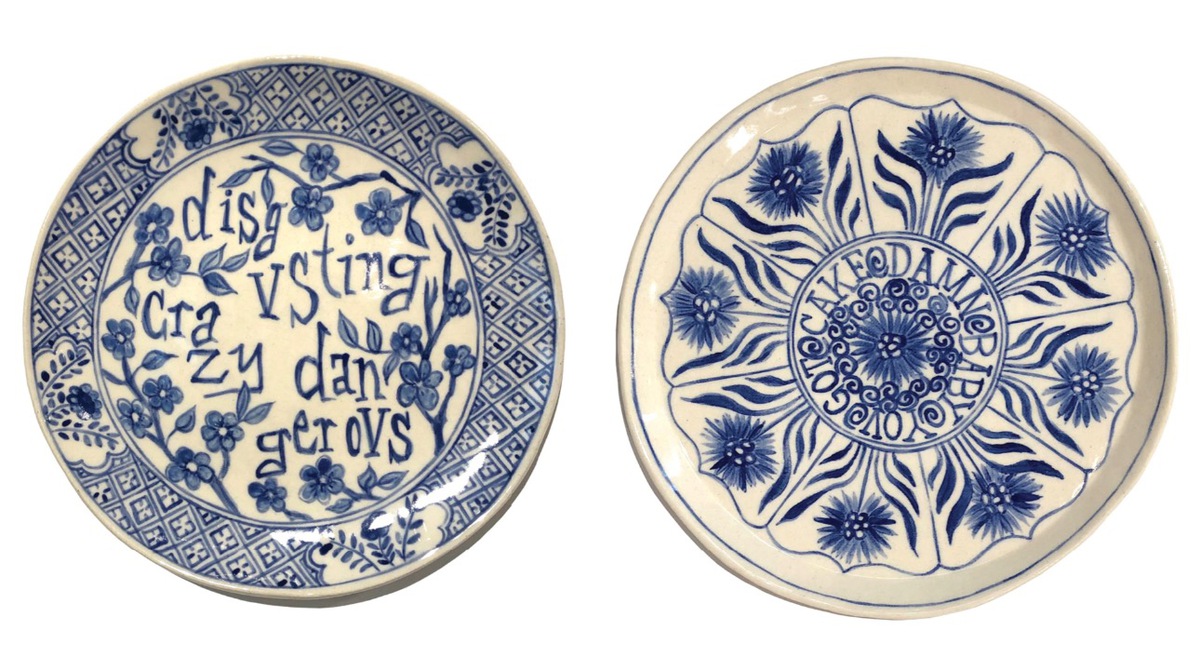 Continuing in the visual art vein, Seattle artist Hanako O’Leary — known for her gloriously vulvic ceramics — is creating a new large-scale installation at Method Gallery (opening Aug. 28; as I discussed in last week’s newsletter, some galleries are currently open by appointment only — Method is one of them, so get in touch). For Yomi, O’Leary crocheted jute into a massive suspended womb that honors a Japanese myth. “The primordial mother goddess of Japan, Izanami is queen of life and death… and ruler of Yomi,” O’Leary explains. “According to legend, she mothered many gods and goddesses until she died giving birth to the god of fire.”

And at Koplin Del Rio gallery, Los Angeles-based artist Elyse Pignolet presents Send Her Back!!! (online now through Sept. 30), new works created in honor of the women’s suffrage centennial. The deceptively pretty watercolors and ceramics are embellished with words and phrases commonly used to insult women, from “Horse Face” to “Bossy” to “You’re Too Pretty to Cuss.” 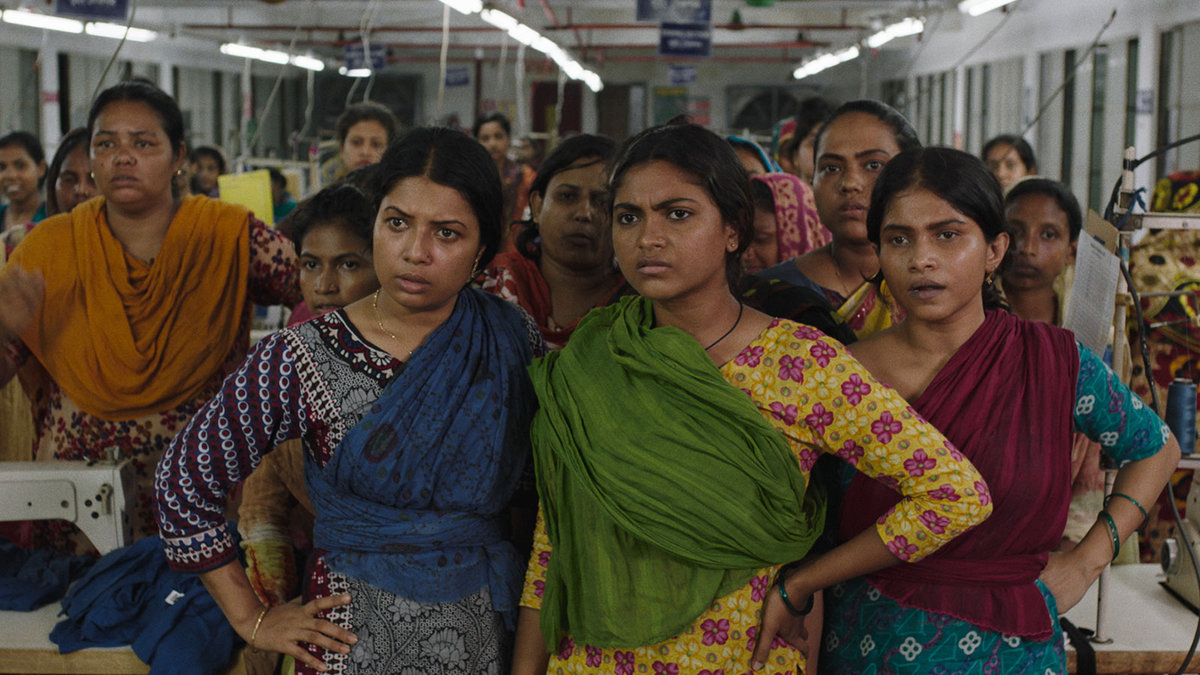 In Made in Bangladesh, women garment factory workers unionize to fight against exploitative labor practices. (SIFF)

In Made in Bangladesh, women garment factory workers unionize to fight against exploitative labor practices. (SIFF)

But wait, there’s more! Author Margaret Atwood, who has done quite a bit of thinking and writing about feminism (see: The Handmaid’s Tale, for starters) will be in conversation with writer Cheryl Strayed (Wild) as part of Seattle Arts & Lectures’ new season (online Sept. 9 at 6 p.m.). On the film front, SIFF Virtual Cinema is screening the feature Made in Bangladesh (opens Aug. 28), about a group of women toiling in a clothing factory who rise up and demand better working conditions.

And Northwest Film Forum is screening the new documentary Represent (through Sept. 11), which traces the campaign efforts of three women seeking local office: a Black woman hoping to unseat the mayor of Detroit; a farmer-mom running for township trustee in Ohio; and a Korean immigrant running as a Republican candidate for state office in a liberal Chicago suburb. Though from very different backgrounds, their stories reveal the challenges particular to women in politics.

Before I go, congratulations are overdue to a few favorite local women artists, all of whom elevate the female gaze: Multimedia artist Barbara Earl Thomas (who will have a solo show at Seattle Art Museum in November, provided the museum is allowed to open) was recently commissioned by Yale University to create new windows for the dining room at Yale’s Grace Hopper College. Her artwork will trace the history of the space, which was formerly named for a slavery advocate, but now honors Hopper, a trailblazing computer scientist.

Tacoma artist RYAN! Feddersen has been tapped to create a permanent art installation at Portland International Airport’s Alaska Airlines terminal. Called Inhabitance, it will explore Pacific Northwest biomes. Spokane author Leyna Crow had her short story “Sinkhole” optioned for film, by none other than Hollywood darlings Jordan Peele and Issa Rae. And much beloved Seattle filmmaker Lynn Shelton, who died suddenly in May, has been nominated posthumously for an Emmy Award for directing the Hulu series Little Fires Everywhere. I’ll be rooting for her on Emmy night — and the decidedly female perspective she brought to all her art.