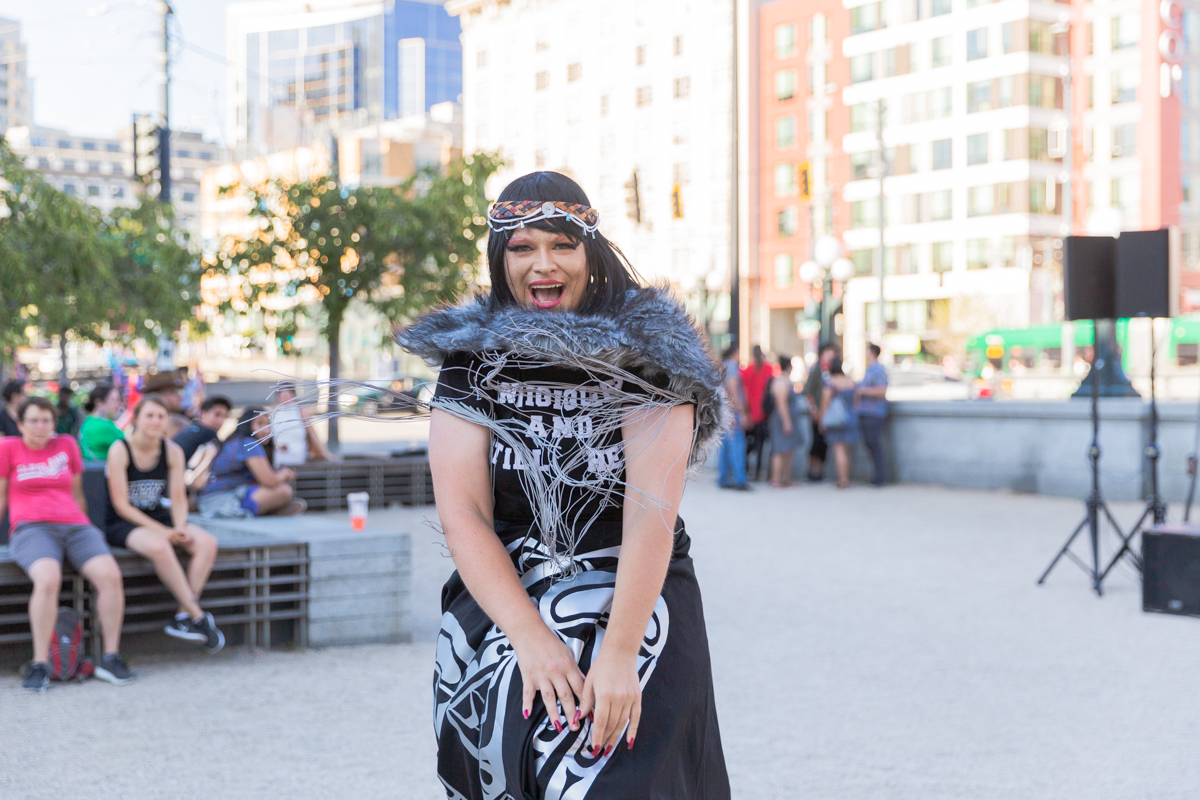 Jordan Remington performed as Hailey Tayathy as part of the Office of Arts and Culture's ‘yәhaw̓’ Indigenous art project in 2019. (Alex Britt)

“We’re on Indigenous land.” Known as a land acknowledgment, it’s a phrase that commonly kicks off public events in Seattle. But when Quileute performer Jordan Remington (whose artist name is Hailey Tayathy) heard it — and the raucous applause it inspired — at a cultural show in 2018, it didn’t sit right. It felt like something being checked off a list, rather than a genuine appreciation for the region’s original residents.

Tayathy was in the audience with a Quileute friend, and felt like they were the only Indigenous people in the crowd at the Moore Theatre. “We leaned over to each other and were like, ‘Is that it?’ ” Tayathy, 26, recalls. “It just felt kind of gross.”

Today, Tayathy (who uses they/them pronouns) is on a mission to make land acknowledgments matter. The “Indigiqueer” drag queen — whose chosen name translates roughly to “I Am a Man” in Quileute — combines standard elements of drag (such as lip syncing to a pop song) with Native traditions (like drumming and regalia) as a way to raise awareness of Indigenous and queer issues. In one performance, they dance in ceremonial style to Destiny Child’s “Survivor.”

This year’s artist in residence at Town Hall Seattle, Tayathy is also a fiber artist who uses traditional Coast Salish designs when making regalia for their performances. The residency specifically called for an artist to create a visual representation of Town Hall’s land acknowledgement, which was written by last year’s residents, members of Urban Native Education Alliances’ Clear Sky Native Youth Council. It goes much further than the standard recitation, explaining Chief Seattle’s role in the Point Elliott Treaty, the extent of the Duwamish homeland and the relationship to the Snoqualmie, Suquamish, Tulalip and Muckleshoot tribes.

During the residency, Tayathy is creating a fabric art piece with a design featuring a traditional longhouse laid atop a Coast Salish weave pattern. Within the longhouse are four faces made with the ovals, crescents and trigons common to formline, their heads topped with hats. Tayathy hopes the finished piece will encourage more Native people to see themselves in spaces like Town Hall. The artwork is intended for the public, but when people will actually get to see it in person depends largely on pandemic measures. 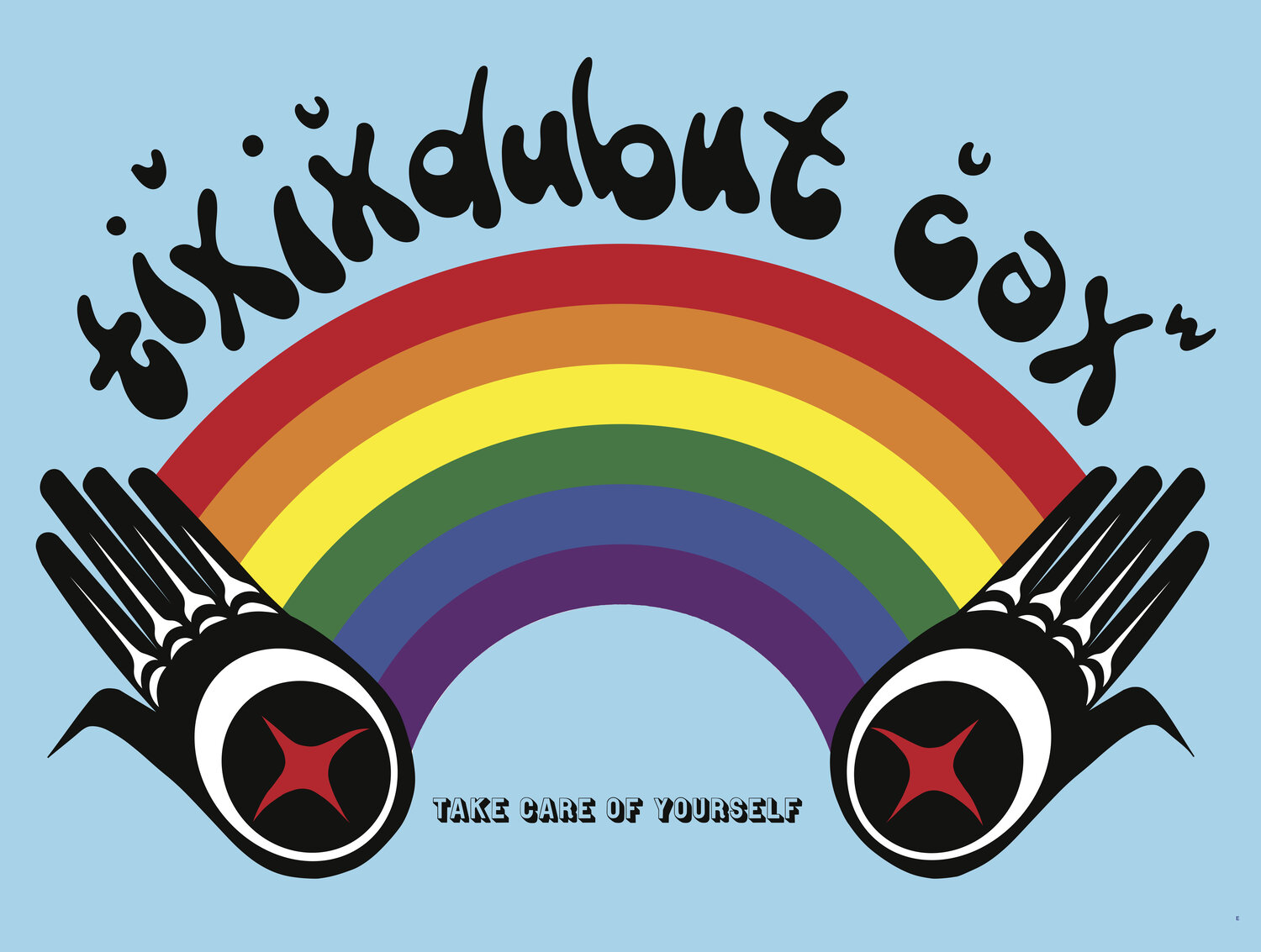 When did you first become critical of land acknowledgments?

I was first hearing them while I was in college. The more frequently I started hearing them the more [I thought] what is this actually doing? The more common they became, the more they got melded into the general announcements. I heard so many of them in the scripted portion [of an event] — something people aren’t paying attention to.

Does a land acknowledgement have new meaning during an election year?

Yes. Part of what a land acknowledgment is is recognizing the sovereignty of the tribes. In an election year, you’re thinking about who is going to run the American government. Keep in mind the aspect that there are sovereign nations within the country that interact with the government. I don't think people fully understand the position tribes have within our government, just how high up they are. Maybe a land acknowledgment could strengthen the political place and power of Indigenous tribes in our broader political context.

It's something I want to be optimistic about, but I have no faith in 2020 so far this year. There's definitely that part of me that's just like, “Ah, man, this is just going to be a continuation.”

Oh my God. It’s definitely a song. This is not the most artsy answer, but I feel like one song that really hit me for a little bit was “Cowboy Blues” by Kesha, of all people. It’s a song about reflecting back on your life. I feel like 2020 is very much a year where I was like, “Is this where I want my life to be right now?” 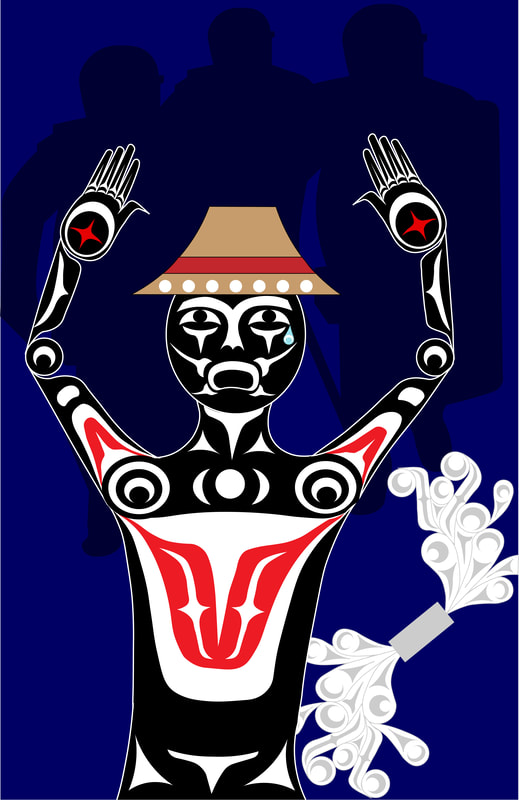 I think especially with not being able to gather in groups, for drag performance [I had] to go virtual, and quickly become a videographer and video editor in the course of a few months.

Do you think about your performance differently now?

As a performance artist the approach is different. It’s more work, but there's more of an ability to put storytelling elements into it. From a drag perspective, it’s being able to have a whole bunch of different outfit changes throughout the piece, stuff that you couldn't do on the stage. You can build a narrative into your drag in a virtual setting that you couldn't necessarily do in person.

What’s it like to be Indigenous and a drag artist? How’s diversity within the scene?

I don't necessarily see myself as part of the Seattle drag scene. I am an Indigenous artist who happens to do drag. You’ll usually see me surrounded by Indigenous spoken word artists, comedians, musicians. It’s pretty infrequent that I’m actually performing with other drag queens. In some ways that kind of answers the question about diversity in the drag arts scene.

How has the Black Lives Matter movement intersected with your creative work?

When the protests first broke out, I was working on a mural up on the same block as the East Precinct. That mural ended up behind police barricades while I was working on it. Having the goal of reclaiming space for queer Indigenous people and then to literally have that space taken back from you didn’t feel great. One thing that's interesting is the way in which Indigenous and Black communities have come together in solidarity around issues and seeing how we can collectively support each other. Obviously we come from very different experiences, but there are a lot of similar underlying challenges. 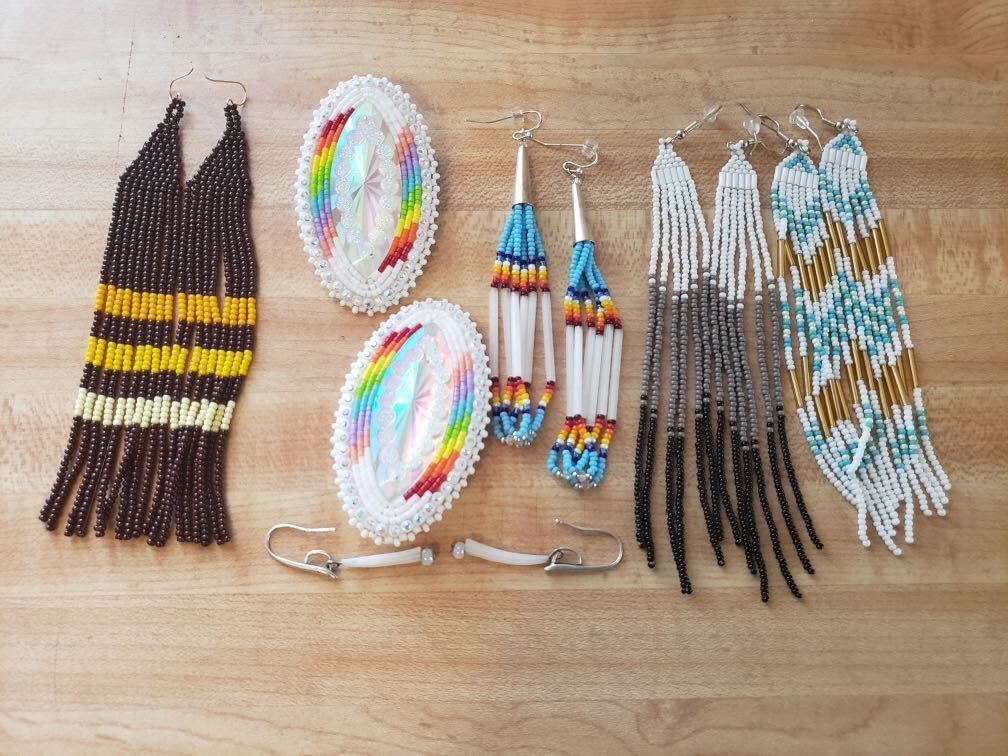 What art or cultural object in your home have you found to be grounding or inspiring during this time?

Honestly, beaded earrings in general. I finally got my ears pierced this year, shortly before COVID, and I've been buying beaded earrings from Native beaders like crazy. It seems like a way to support the community during this time. Also, wearing big earrings feels like the video call equivalent of dressing up to go to the club. It feels like they are now the holders of the visual representation of my queer identity. I love them.

What place in the city has been a respite for you during COVID-19?

One of my filming go-to locations has been Gas Works Park. There's people around who maybe weren't expecting a performance. And then you’re kind of like, “ta-da!” As a space that most people would consider colonized, in the sense that it’s industrial, I've had some fun trying to play around with how you take this space — that seems like the exact opposite of a location where you’d see Indigenous art — and try to create Indigenous art inside of it.

Do you think the pandemic has shifted the importance people place on arts and culture?

Yeah, I think it's made the need for it a little bit more prominent and a little bit more in the forefront of people's minds. Art has been something that has been easy to take for granted. Now that access to it has become more of a challenge, people are starting to realize just how much art they actually consumed prior to the pandemic.

Fill in the blank: The year 2020 will go down as the year in which the Seattle arts and culture scene ...

Proved how strong and adaptable it is. 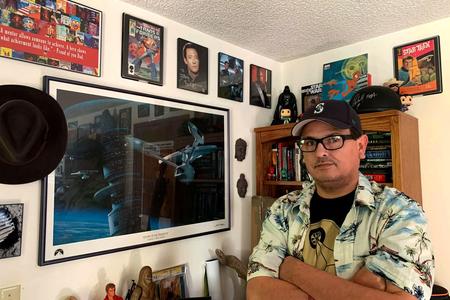 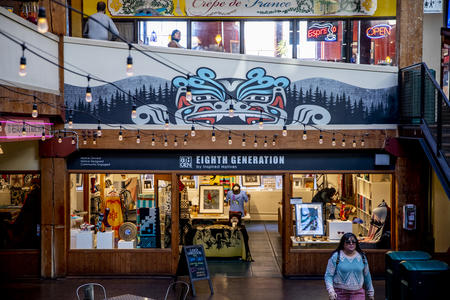 ArtSEA: Bird art for the dog days of Seattle summer

A giant swan in Ballard, a flock of feathered friends in Pioneer Square and more avian adventures across the city.