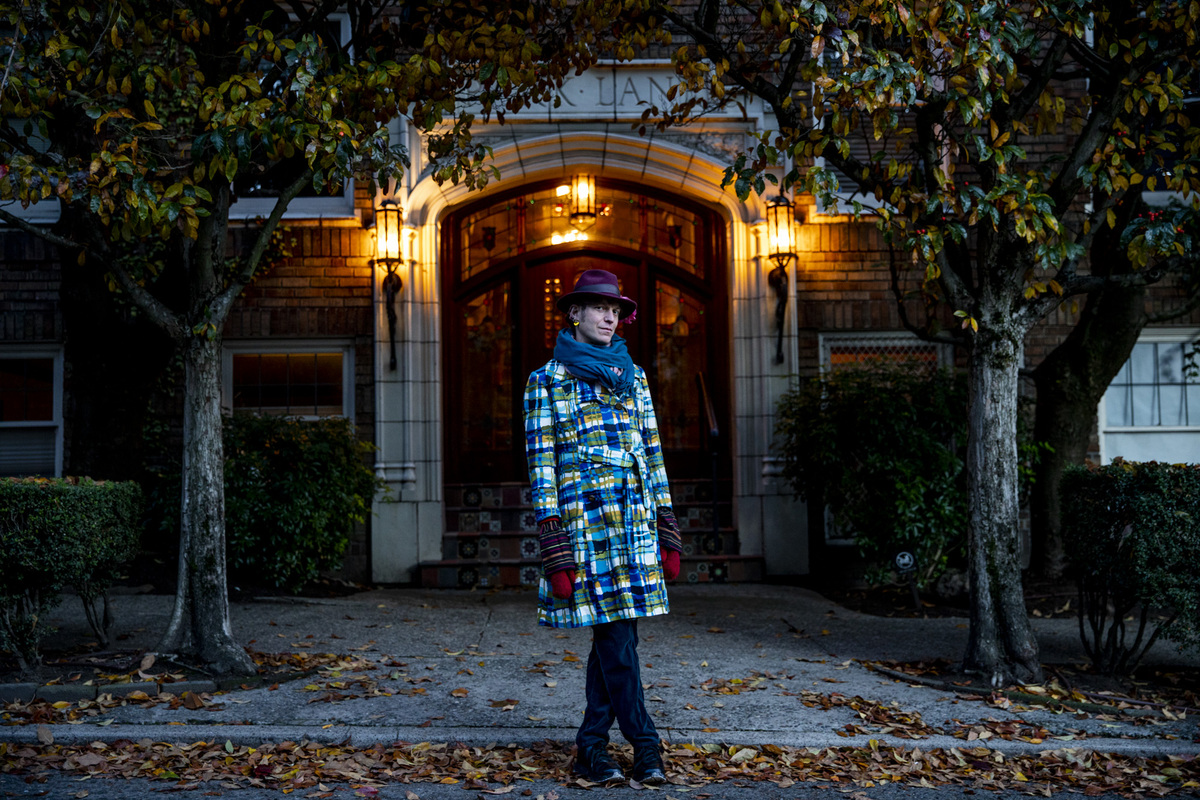 I dial the number and wait. Beep. Beep. Beep. Voicemail spools out a message: “The dream of the city is that you’ll find everything and everyone you never imagined. Even if it feels impossible — let’s make it possible,” says Seattle writer Mattilda Bernstein Sycamore over the crackling line. “Please leave ...” She pauses. “A message.”

On this dark December afternoon, I had called Sycamore’s landline to set up an interview about her lauded new memoir, The Freezer Door.

But I hung up without leaving a message. Later, I realized that this moment crystallized the ideas underlying The Freezer Door: missed opportunities for connection.

Since its publication late November, The Freezer Door — set mostly in Seattle’s Capitol Hill neighborhood — has garnered glowing reviews in the Washington Post, The Baffler and New York Times. Oprah Magazine named it one of the best LGBTQ Books of 2020. In this second memoir, Sycamore channel-surfs between musings on present-day Seattle and her time in New York, trauma from her childhood, as well as growing up queer in Washington, D.C., and her days as an activist with political groups like ACT UP.

Throughout the collection of raw and personal vignettes, Sycamore, now 47, searches for glimmers of connection everywhere: In sex in Seattle parks and bathhouses. Brief love affairs. The accidental rub against a stranger’s leg on the bus. Twirling toward abandon on the dance floor of Capitol Hill’s Pony bar. A small patch of sunflowers sprouting from the sidewalk. The eyes of a stranger on the street.

But most often, passersby avert their gaze. People hang up instead of leaving a message. Much of mainstream gay culture does not love her back, writes Sycamore, who is genderqueer, and neither does this gentrified city famous for its “Seattle Freeze.”

Sycamore has a warm personality, which I discover when I meet her for an evening walk on Capitol Hill (inspired by her meandering strolls in the book). Her boisterous laugh seems as much a part of her temperament as her sartorial exuberance: When I join her on the steps of the Capitol Hill library, she is wearing a long plaid coat and a striped scarf. The outer shells of her ears are pierced with colorful, shiny studs as large as hominy kernels.

On this recent Saturday night, she keeps her ears covered with an aviator cap. The temperature is not really cover-your-ears-cold. But in a way, it does feel like the dead of winter because so few people are out and about, save a few walking their dogs and dining in COVID-inspired sidewalk tents. 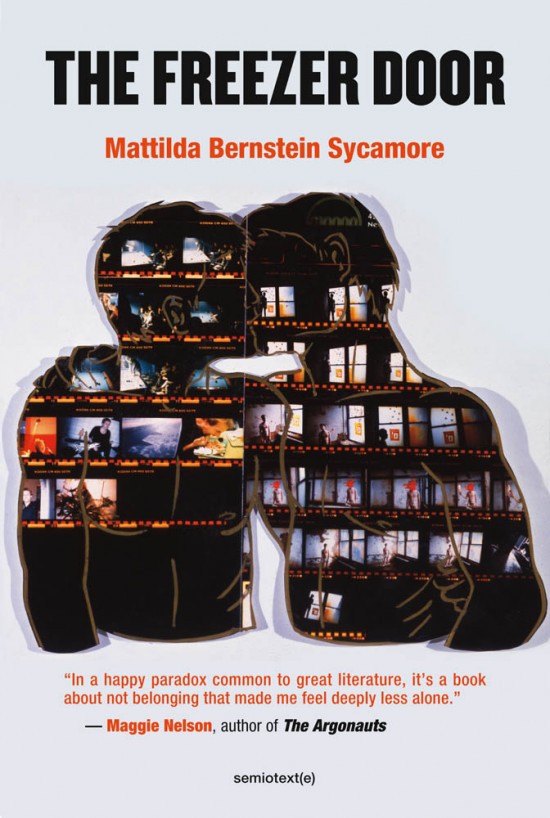 In her new memoir “The Freezer Door,” published by Semiotext(e), Mattilda Bernstein Sycamore tries to thaw the Seattle Freeze in favor of a truly fluid life.

In her new memoir “The Freezer Door,” published by Semiotext(e), Mattilda Bernstein Sycamore tries to thaw the Seattle Freeze in favor of a truly fluid life.

Though set and written in a pre-pandemic reality, The Freezer Door has struck a highly contemporary chord, Sycamore says. “The book, in a lot of ways, is about loneliness and alienation,” she tells me (during a recent Zoom interview) from her Capitol Hill apartment, where she is currently headlining a virtual multicity book tour. “A year ago, some people might’ve immediately understood it. But now I feel like, on some level, everyone understands.”

People aren’t necessarily lonelier, she clarifies. It’s more that some of the shame around feeling isolated has lifted. “Obviously, people are always lonely. That’s just a given,” she says. “Whenever someone tells me they don’t feel lonely, I’m like: Do you feel? Are you in this world?”

In order to truly be in this world, Sycamore has a few rules. Chief among them: No texting. If you want to reach her, leave a voicemail on her landline or, better yet, have an actual conversation. “I resist virtual connection in favor of actual connection,” Sycamore says.

The pandemic has made that rule a bit harder to follow. But even though she’s now reading from the book in Zoom rooms instead of packed bookstores and cultural centers, “I do feel the connection and the energy and the engagement,” she says. “I think the reason for that is because there is no other connection.”

These days, Pony and other queer hotspots remain closed, sweaty dance-offs with strangers are ill-advised and masks make it even harder to score a friendly smile on the street. Sycamore spends most of her time going on walks with friends, stretching her back (one of the many areas of her body plagued by chronic pain) against tree trunks and the cold metal of Cal Anderson Park’s workout equipment.

We pass through the park on our evening walk, after taking our time to examine the graffiti surrounding Rancho Bravo restaurant. We then make our way across the playfield, toward the mutual aid tent that’s a holdover from Black Lives Matter protests this summer.

“When the protests started after the murder of George Floyd, that was a huge shift in the neighborhood,” Sycamore says. “The idea of a place where people can come together to create radical alternatives to racism and white supremacy, to see that happening was thrilling.”

Perhaps against her better judgment, Sycamore hopes to find those connections, hopes to feel at home, hopes she can help create a truly liberated, radical city where people look out for each other.

“I wouldn't stay if I didn't hope that I could find what I actually need,” she says.

As we walk near Interstate 5, talking over the white noise of the highway, we frame the downtown skyline with our hands, blocking off its outer reaches to see what the city looked like five, 15, maybe 25 years ago.

That’s the view a younger Sycamore would’ve seen when she lived here for a few years in the late 1990s, memories of which she includes in the book. She moved permanently to Seattle in 2012 after stints in New York and years in San Francisco, an experience she memorialized in The End of San Francisco — her Lambda Literary Award-winning breakout memoir. Her third novel, the fast-paced Sketchtasy (2018), chronicles another urban experience, in mid-1990s Boston. Cities have always exerted an irresistible pull on Sycamore, who grew up attending school in Washington, D.C.

“Originally, I was escaping childhood and everything I was supposed to be, in order to find the people and the places and the experiences that would allow me to form myself into my own autonomous being,” she says. “Looking for queers and outsiders and freaks and activists, anarchists, dreamers, whores and sluts and vegans — anyone who's who is trying to create a world that wasn't predicated on dominant systems of oppression. And by that, I mean the nuclear family, straight normalcy — and also just this country,” she says.

In a way, she’s still looking for this. For the dream of a radical queer community, or even just an unexpected experience that will change her. As she likes to call it: “the density of interaction.”

But Seattle isn’t exactly a city that welcomes social serendipity, Sycamore says. “People say it’s the Seattle Freeze, like this is some kind of cute local Popsicle flavor, but really it’s just the gentrified gaze, the suburban imagination in the urban environment, the white picket fence in the eyes,” she writes in The Freezer Door. “People don’t come to cities for that surprising interaction anymore, they just want to redraw the borders of the places they aren’t even escaping.”

In this mentality, everyone is consumer first and human second, Sycamore says, and there’s barely any tolerance for not fitting neatly into societal “norms.” Even just leaning against a tree to straighten out her back has people looking at her like she’s “beyond the pale,” Sycamore says.

It’s not just in the gentrified city, or Capitol Hill, that Sycamore finds herself somewhat of an outsider. She often feels marginalized in both straight and queer worlds. 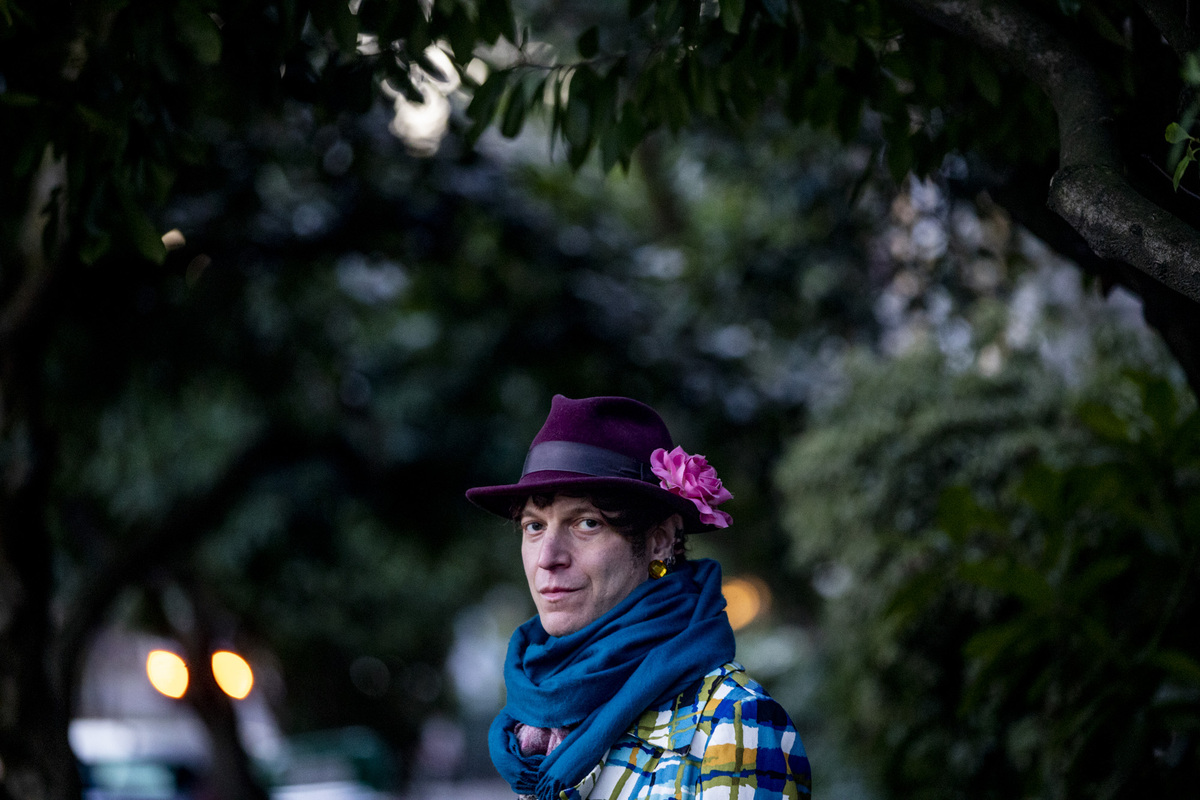 “I wonder if I’m the only person who still goes outside thinking something magnificent and unexpected might happen,” Seattle-based author Mattilda Bernstein Sycamore, photographed on Capitol Hill on Dec. 6, writes in her new memoir, "The Freezer Door." (Dorothy Edwards/Crosscut)

“I wonder if I’m the only person who still goes outside thinking something magnificent and unexpected might happen,” Seattle-based author Mattilda Bernstein Sycamore, photographed on Capitol Hill on Dec. 6, writes in her new memoir, "The Freezer Door." (Dorothy Edwards/Crosscut)

While Sycamore mourns the changes in her neighborhood, she has no time for nostalgia for a golden age that never existed. Much of Capitol Hill nightlife culture centered on white, gay men, Sycamore says, and excluded women, people of color and anyone “who doesn't fit into the gay consumer market,” she says. “We have to live with that truth, too.”

As such, the “freezer” in the book’s title is more than a nod to Seattle’s infamous iciness or a reference to the whimsical conversations Sycamore imagines between an ice cube and freezer tray. It’s also a potent image for feeling locked into rigid walls and borders.

In her book, and in life, Sycamore tries to find a way to unfreeze into fluidity, to live a less “flattened” life. She does that by letting desire lead. And that’s not just about sex or sensuality. It can mean walking down the street and noticing the light on the rooftop, or the angle of a tree, the moon glistening in the sky above Volunteer Park. “I think all of that is desire,” Sycamore says.

On our walk together, I witness how she puts this into practice. “I’m going to stretch on this one,” she announces as she leans her back against the trunk of a laurel tree, letting her head fall backward. I follow suit, fitting one of the tree’s branches into the arch of my back. We walk and pause again, Sycamore stretching into another tree. I press my hand against the wrinkled bark.

We continue, and come upon a large, fragrant juniper hedge. Sycamore turns around, spreads her arms and encourages me to fall back into the shrub. “Let your whole weight fall into the hedge. It will support you,” she says, leaning her whole body into the bush. I cautiously follow her lead, thinking we’ll fall through. Surprisingly, it holds us.

Virtual readings of 'The Freezer Door' 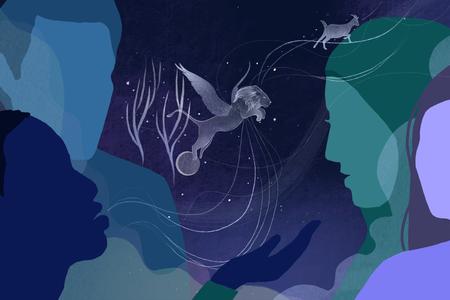 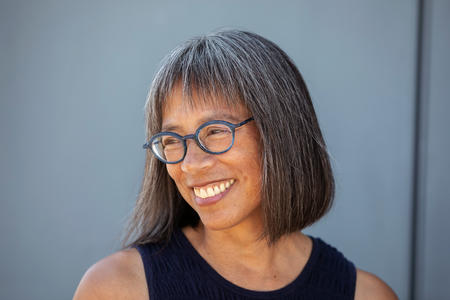 With Living Color, Donna Miscolta turns her ‘demons of the past’ into fictional stories of quiet strength. 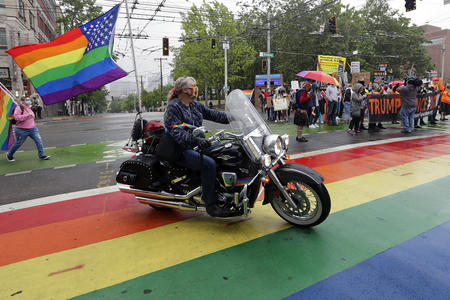 by / June 30
Article continues below

With Living Color, Donna Miscolta turns her ‘demons of the past’ into fictional stories of quiet strength.