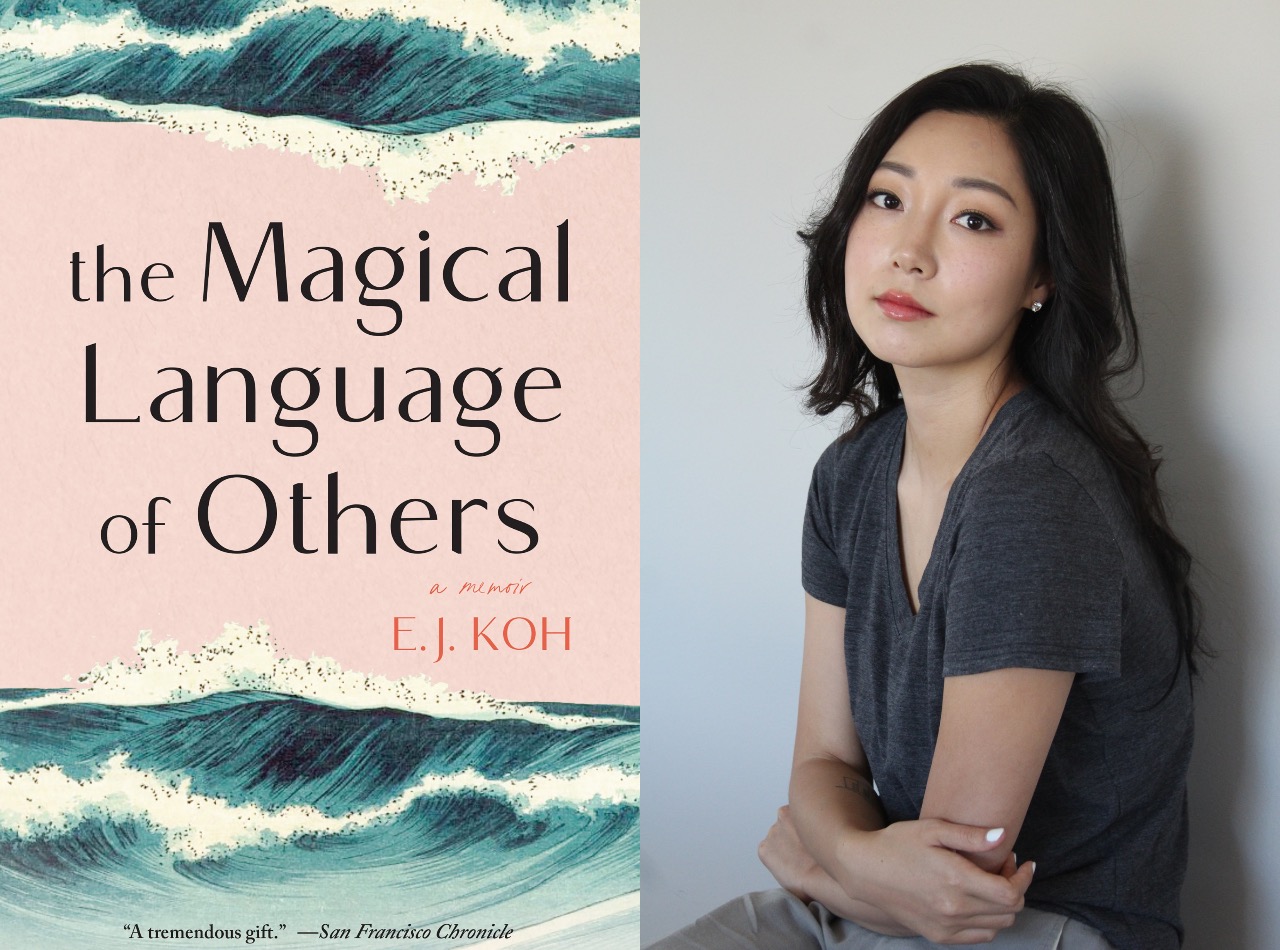 Seattle author E.J. Koh translated her mother's Korean letters into English and incorporated them into her brief but time- and continent-spanning memoir, 'The Magical Language of Others.' (Tin House, Adam K. Glaser)

On a cold fall day a few years back, E.J. Koh made a startling discovery. While unpacking after a cross-country move to Seattle, she found a clear plastic box filled with bright pink tissue paper. Absentmindedly, she shook it, thinking nothing else was inside. A soft thud took her by surprise. Inside was a stack of letters.

“I remember looking inside and knowing exactly what they were,” Koh says. She immediately recognized the envelopes’ unmistakable red and blue airmail borders. “I didn't know what to do with them…. I couldn’t even read them right away.”

Each of the 49 letters was handwritten by her mother, postmarked Seoul. As a teen, Koh would read them in the bedroom of a quiet house on a cul-de-sac in Davis, California. That’s where her Korean immigrant parents left her at age 15 with her 19-year-old brother so their father could take a well-paying job back in Seoul. For years, the letters had been buried in this box — and the back of Koh’s mind.

Koh would eventually figure out what to do with the letters, and the painful memories they had shaken loose. She translated all 49 letters into English and used them as the skeleton for her brief, but time- and continent-spanning memoir, The Magical Language of Others, published in early 2020 with Portland publisher Tin House.

The moving memoir recently won a 2021 Pacific Northwest Book Award, and Koh, who is based in Seattle, is also up for a national Pen America Open Book Award.

E.J. Koh will be in conversation with poet and essayist Cathy Park Hong at Elliott Bay Books on Friday, Jan. 22, at 6 p.m.

With the sparse precision of a poet using brief, filmic scenes, Koh gives contemporary life to her parent’s past choices, and the conundrum she says they shared with other immigrant families.

“It was better to pay for your children than to stay with them,” she writes in the early pages of the book.

“They put me up to live with my brother and left the country in a hurry. My father flew with a briefcase, so he could go to work as soon as he landed,” she writes.

With her brother largely absent, a ghostlike companion, Koh wilted. She struggled to eat, skipped school, dreamed of making herself vanish.

Her struggles contrasted with the often upbeat tone and “kiddie diction” of her mother’s letters, amplifying her pain. (Koh’s Korean was limited at the time, so her mother kept it straightforward.) “My pretty Eun Ji. You know to live all you can and always boldly, right?” she translates. “Eun Ji must be happy so Mommy can be happy.”

The process of translating these letters, Koh tells me during a recent phone interview from her West Seattle home, was “so, so hard — and at times unbearable.”

It wasn’t just an emotional challenge, says Koh, who also works as a literary translator. The work is political, too.

“Languages have their own history, and their histories have relationships with one another,” she says. Translating Korean into English is transforming a historically nondominant language into a historically dominant one. “What I'm doing as a translator is being aware of how much am I erasing the language from which I'm translating in order to have it as accessible and as seamlessly perfect and readable in the English.”

This “seamless” approach didn’t feel right for her mother’s letters. So Koh chose words that sound similar to their Korean counterparts and echoed the Korean cadence in English. “I wanted to translate [the letters] in a way that, even if you read the English, you're going to read the Korean because of the rhythm, the tempo,” she says. Koh also included scanned originals of the letters in the book, showing her mother’s neat handwriting and funny drawings, her parentheses with sometimes wrong English translations.

As her mom describes life in Korea, pleads for forgiveness and dispenses life lessons, one thing is remarkably absent: a response. During their nine years of separation, Koh never wrote back.

In a way, The Magical Language of Others is Koh responding all these years later to tell her side of the story — when she was alone in California, struggling with depression and an eating disorder, “barely at the surface,” as she put it during our interview.

Dancing proved a reprieve. At 17, Koh joined a Los Angeles-based professional hip-hop dance crew that competed statewide. “Being in a state of constant searching,” Koh recalls, “what the dance crew gave me was as close to family as possible at the time.”

Her dance dream ended abruptly when her grandmother Kumiko, who had partly raised her in the U.S., passed away. “I couldn't dance. I was so devastated with her death,” she says. “I had to go back to therapy and try and figure out what to do next. And that's sort of where poetry came in.”

A high school poetry class in a campus trailer (and a few teachers who recognized her talent) changed her life. She went on to earn a double master’s in translation and poetry at Columbia University in New York. Both, in a way, attempt the same feat: one for languages, the other for experiences and feelings.

“The language that I feel the most at home [in] is poetry,” Koh says. Not the Korean her parents spoke at home. Not the Japanese of her grandmother, which was somewhat of a forbidden language at home because of Japan’s violent history with Korea. And not English, the language she was pushed toward “for survival,” but still feels somewhat deficient in.

“Poetry doesn't demand grammar. It doesn't demand perfect English,” she explains. “Poet and memoirist Cathy Park Hong talks about how so many poets with bad English gravitate toward poetry because poetry lets you speak, express yourself fully and completely without the fear of faltering like you might have in English.” 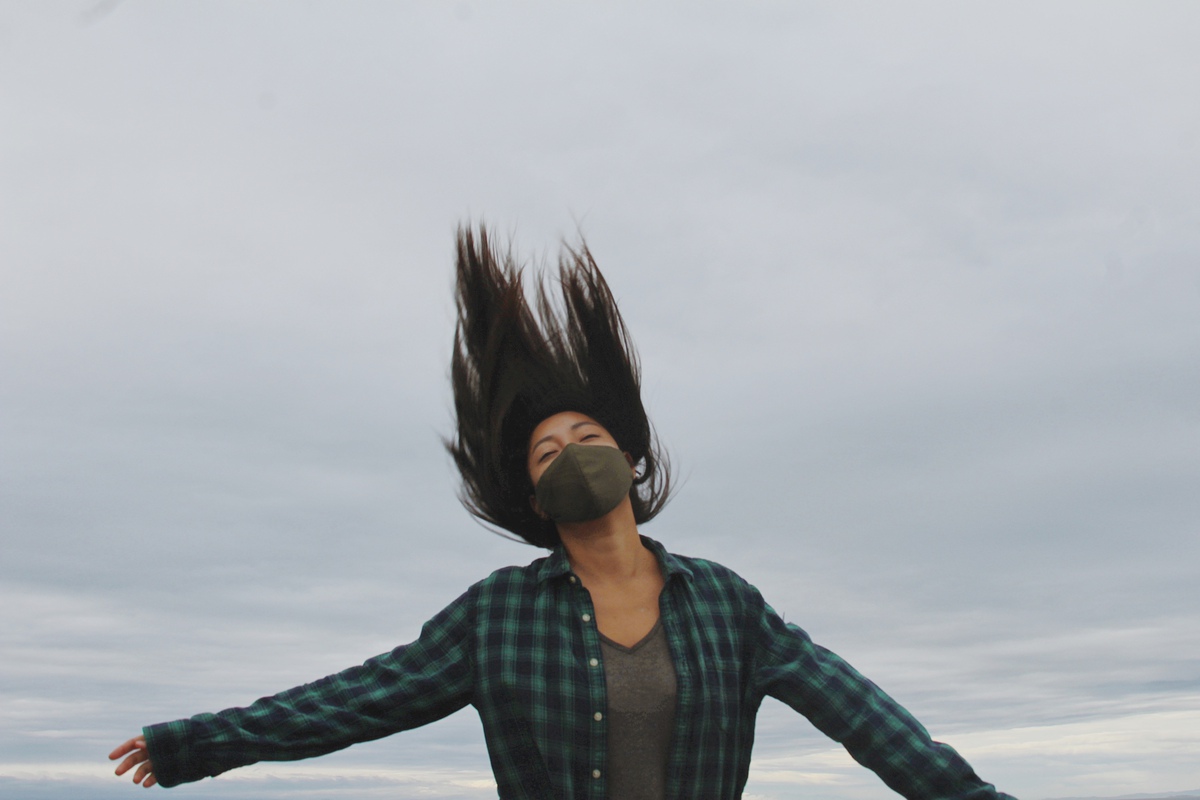 In her poetry debut, A Lesser Love (2017), Koh hints at the painful separation with her parents, as well as other generational trauma embedded in her family lineage: years of war, mass executions, painful separations between people, North and South Korea — all passed down from one generation to the next. In one poem, Koh writes: “There is a Korean belief that you are born/ the parent of the one you hurt most.”

In The Magical Language of Others, Koh builds upon this idea by tracing her family history, as if the key to understanding her mother — if not forgiving her — lies there.

“I wanted to completely and wholly understand my mother and her childhood as somebody else's daughter and what that was like for her,” Koh says.

And so Koh travels back in time, tracing the stories of her grandmothers and their mothers as they survive war, genocide, abuse and impossible choices. She writes about her maternal grandmother Jun, who left her daughter as a young girl in Daejon to escape her marriage. She depicts the life of her paternal grandmother, Kumiko, who cannot forgive her own mother for sending Kumiko’s father back into the crosshairs during the Jeju Island Massacre in the late 1940s, where he would be stoned to death.

“The present is the revenge of the past,” Koh writes. She’s pursuing the topic academically, as well as creatively, currently completing her Ph.D. at the University of Washington on intergenerational trauma throughout Korean and Korean American history, literature, and film.

But understanding isn’t the same as forgiveness. “The first few drafts of this memoir [were] very angry, and it was so boring because it felt like reading a journal entry or a diary,” Koh says. It was her first lesson in poetry (from her first mentor back in high school) that provided the key: write “with magnanimity.”

That, it turns out, is kind of a lifetime project. As is reconciling with her mom.

“I’m still forgiving her,” Koh says, now 32 years old. (Her mother says she’s 33, following the lunar calendar.) For me, it's not a one-time thing. It's something to do every day. Some days, it's easy. Other days, well, I have to be kinder to myself on those days,” Koh says.

Still, she is very close with her mother, who lives in Tacoma. “We talk on the phone since we can't see each other,” Koh says. The coronavirus has interrupted their customary visits. “I miss her, to be honest. I miss her even as I'm telling you this,” she says.

The magical language of others doesn’t just refer to different tongues, but also experiences. Koh explains she came across this idea while doing research for her Ph.D. She recalls the piece of the text that inspired her book title. “It said something along the lines of: As human beings, we can never perfectly understand one another, even within one language,” she says. “As if by magic, we still love each other, we still care for one another and we still teach each other.” 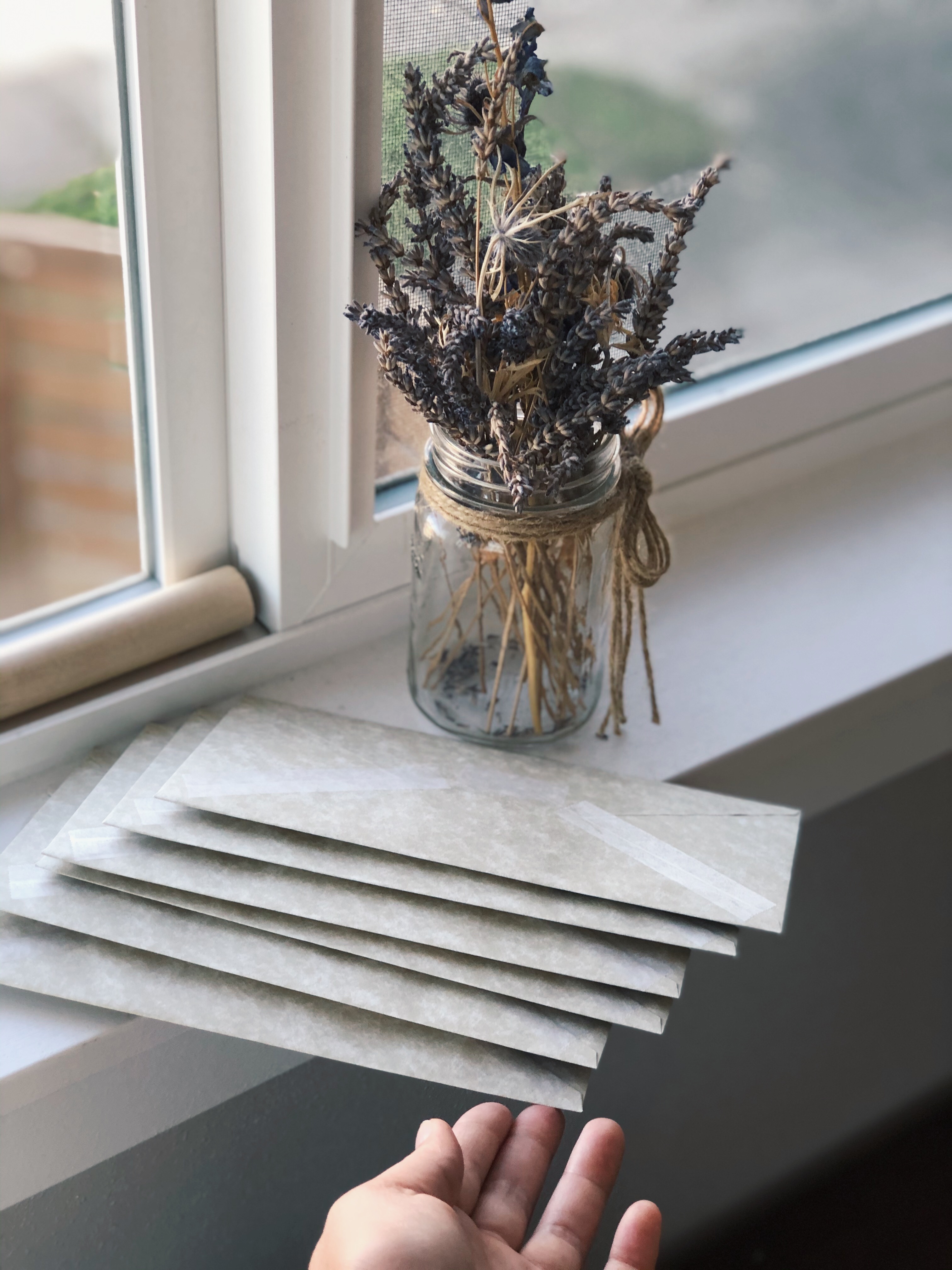 In 2016, Seattle author E.J. Koh started writing love letters to strangers by hand, as a way to rekindle her relationship with the written word while she took a break from poetry. This past November, she sent out her 200th letter. (E.J. Koh)

In 2016, Seattle author E.J. Koh started writing love letters to strangers by hand, as a way to rekindle her relationship with the written word while she took a break from poetry. This past November, she sent out her 200th letter. (E.J. Koh) 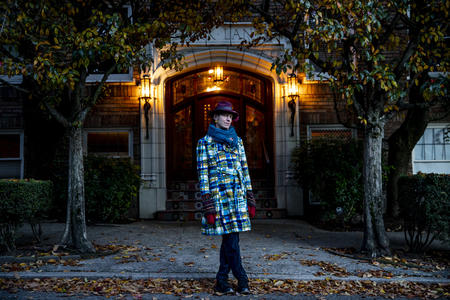