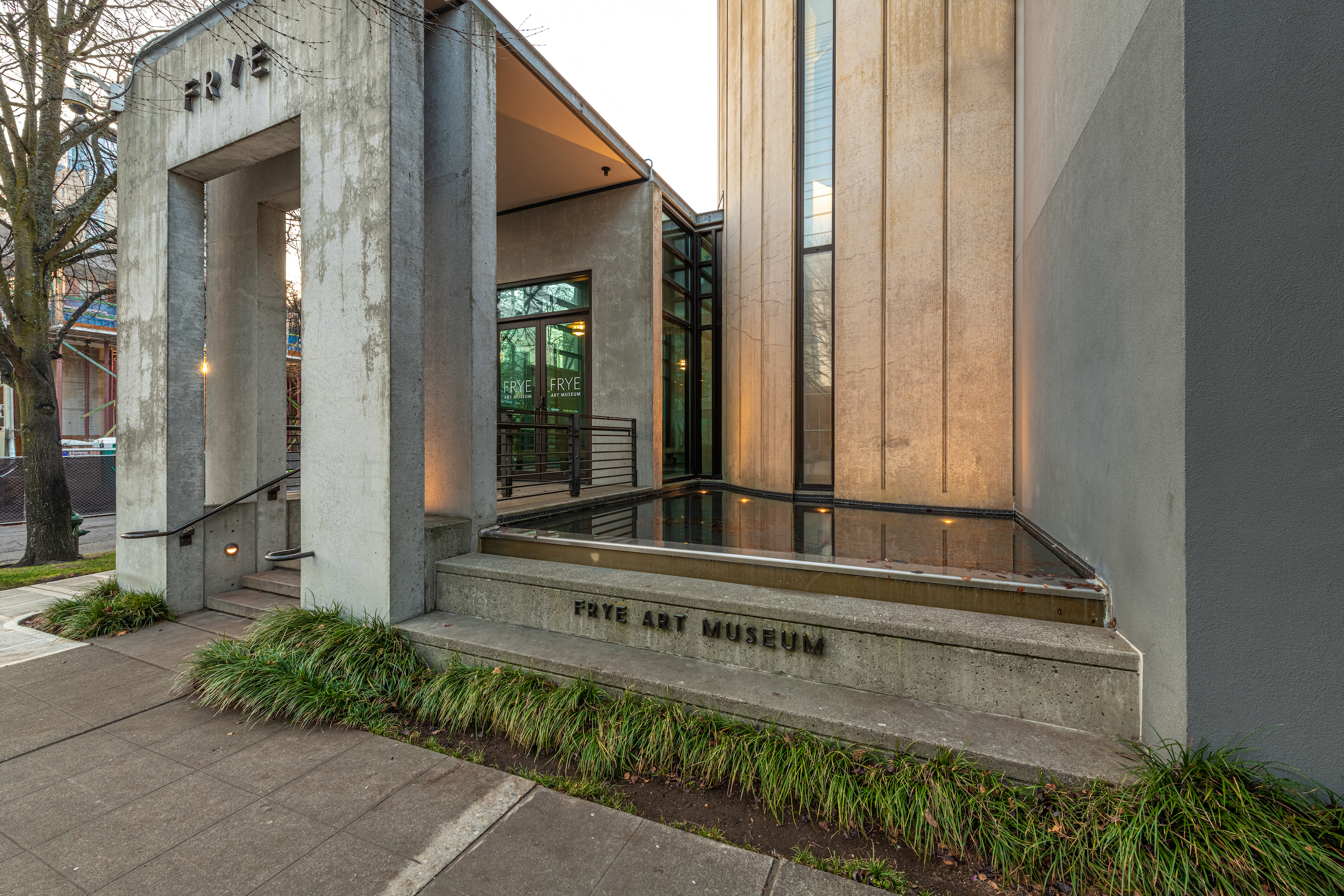 The Frye Art Museum is among the first Puget Sound museums to reopen under the new Phase 2 “Roadmap to Recovery” guidelines. (Frye Art Museum)

In the Puget Sound region, February’s arrival brings with it a leap into Phase 2. That’s Phase 2 of Gov. Jay Inslee’s “Roadmap to Recovery” COVID-19 plan — not to be confused with Phase 1B, Tier 1, our current status of vaccine distribution. The moon phase, in case you’re cross-referencing all this on a WFH whiteboard, enters “waning crescent” this weekend.

I’ll be honest, despite my eagerness for the arts to get back in action, my initial reaction to the loosened restrictions was less “Woot!” than “What?” We’ve been living in limbo for so long, it doesn’t seem possible that we’re ready to move beyond our Groundhog Day existence. Nonetheless, museums, theaters and concert halls are now permitted to reopen at 25% capacity. (Galleries have been open at 25% since summertime.)

If you’re feeling déjà vu, yes, we’ve been in Phase 2 before: After closing with the onset of the coronavirus in March, museums were allowed to reopen at 25% capacity in late August. Many did so in September and October, only to be closed down in November, as infections increased. During that previous, brief reopening period, I secured a timed ticket, donned my most securely fitting mask and headed to Bellevue Arts Museum to check out Yellow No. 5, a group show curated by Seattle artist Tariqa Waters.

I remember a moment, somewhere in the middle of the State Route 520 bridge, when I thought, “Should I be doing this?” But when I arrived at BAM I felt very much OK. I encountered only a handful of other visitors in the lofty building, giving me the impression of having an exclusive pass.

One image from that show has stayed with me since the fall: Tacoma artist Christopher Paul Jordan’s painting “Untitled (Leg),” which features a realistically rendered leg and foot, outfitted in dark blue jeans and a basketball shoe. It’s positioned as if someone is sitting on an industrial paint bucket in a warehouse, except that the other leg, and the rest of the body, is mysteriously absent. But the existing leg is doing what it can, serving up art under extremely unusual circumstances. All of that is to say, I’ll be gearing up and heading out again for museum reopenings: the sequel. 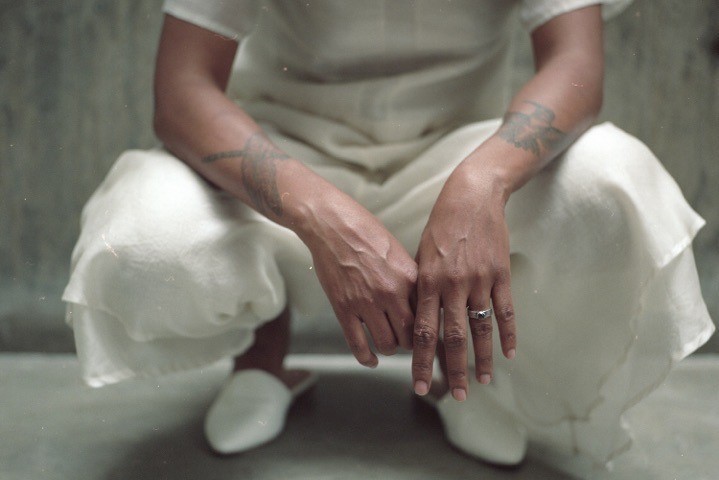 BAM will (re)reopen with reduced hours starting Feb. 6 (Yellow No. 5 is up through April 18, or you can view the leg and the rest of the show via the museum’s new 3D virtual tours). Frye Art Museum will follow soon after, on Feb. 11, with a new show by Seattle poet and performance artist Anastacia-Reneé. Poets are in the spotlight of late, thanks to Amanda Gorman’s performance at the inauguration (which I swooned over in a recent newsletter); she’s since earned a spot where few poets have tread: in the Super Bowl pregame show (Feb. 7). Anastacia-Reneé, however, steers clear of the gridiron in her exhibit (Don’t Be Absurd) Alice in Parts.

The multimedia collection (poems painted on the walls, short video clips, sound and object installations) is based on the character Alice Metropolis, who Anastacia-Reneé says visited her during a free-write session years ago. She has incorporated Alice — a queer Black woman making her way amid gentrification — into work ever since, and the Frye show takes us inside Alice’s mind and home. Both character and poet worship the Lorde, as in Audre Lorde, the noted feminist, civil rights activist, poet and source of inspiration.

It’s connections like these that bring Black history into the Black present and suggest a Black future. This month brings several examples of contemporary Northwest artists doing just that, including the many people involved in the new virtual show Black Imagination: Sites of Power.

As Crosscut’s Margo Vansynghel reports in her story this week, Sites of Power, curated by Seattle-based conceptual artist Natasha Marin, was originally intended to be an onsite exhibition at the Northwest African American Museum. But because of coronavirus closures, Marin shifted to an expansive online experience that includes a significant audio playlist installation showcasing the voices of Black creatives (including writer Charles Mudede, poet Ebo Barton and performer Amber Flame) answering questions such as, “What is your origin story?” 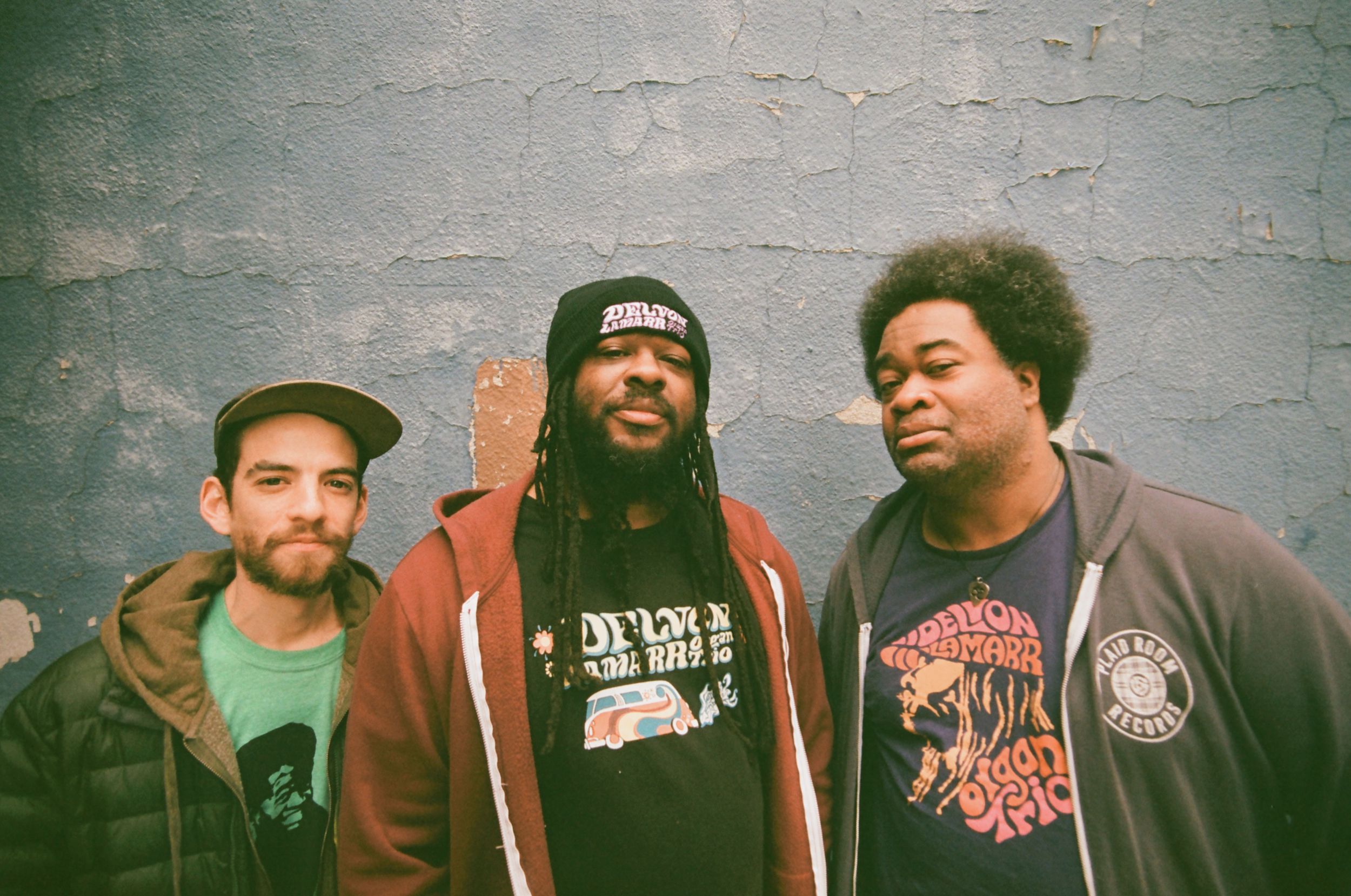 While the concept of commemorative months is at best reductive, occasions like Black History Month are at the very least a reminder of how things came to be — in my field, that means recognizing the people who carved the pathways for current artists. I was thinking about this as I listened to the excellent new album by local soul-jazz combo the Delvon Lamarr Organ Trio.

The Seattle band — Delvon Lamarr on Hammond B-3 organ, Jimmy James on guitar and Dan Weiss on drums — has been around for about five years, putting out what they call “feel good music.” What does that sound like? It harkens back to 1960s jazz, the Motown sound, a bit of blues, a flash of funk, all peppered with Jimi Hendrix-style “freak-out” riffs. In a 2018 interview with KEXP, Lamarr spoke about being hugely influenced by listening to Charlie Parker and Miles Davis as a kid, but it was John Coltrane who, he says, “literally changed my thinking.”

Close But No Cigar, the trio’s debut album, hit No. 1 on the U.S. Contemporary Jazz charts. The just released album, I Told You So, seems poised to do the same, with slappin’ instrumental songs like “Call Your Mom,” “Fo Sho” and a killer cover of George Michael’s “Careless Whisper.”

Times are strange. The phases keep shifting. We could all use a bit of feel good music.