Grammy-nominated quartet with Seattle ties has the sound of angels

The four women aren’t just singers, but educators and composers who came together online to create their distinctive sound. 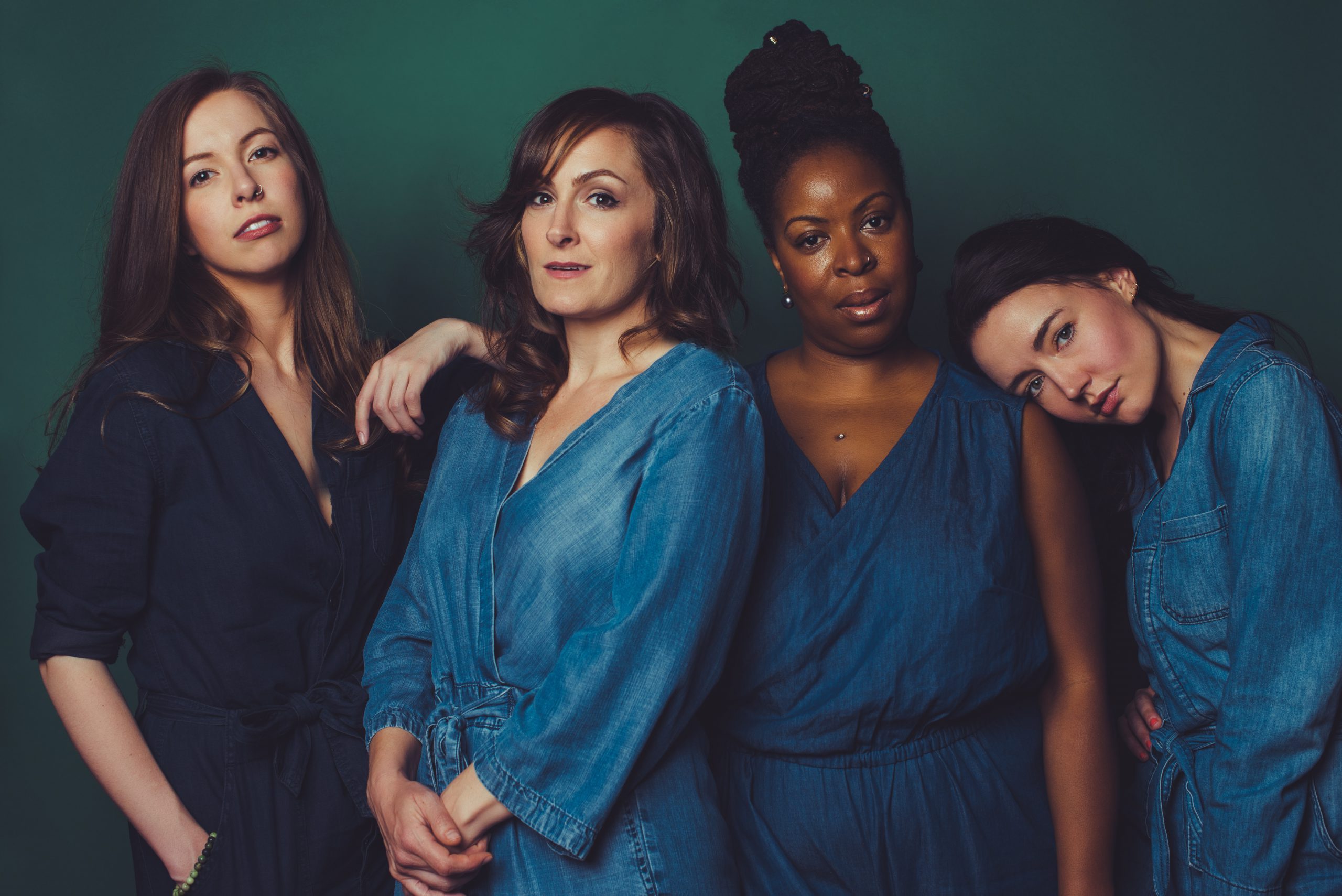 The music floats and sweeps and whirls. It is what angels might sound like, if angels gathered to harmonize on the wind. It emanates delicacy and power, with ethereal layers of tones and timbres.

That’s what it is like for me, listening to “Desert Song” by rising female vocal quartet säje. No wonder the dazzling track won the Seattle-Los Angeles group a coveted nomination for a 2021 Grammy Award — for best arrangement of instruments and vocals. The group will get its first national exposure performing the track at the Grammy Awards Premiere Ceremony (a preshow before the main event, starting March 14 at noon PT).

The Grammy nod was quite a coup. While the four singers boast substantial jazz cred as educators, composers and solo artists, they formed their “profound sisterhood” fairly recently — collaborating mostly via the internet before recording their distinctive sound. The name säje (rhymes with “beige”) is a melding of initials of their first names.

The “s” is for Sara Gazarek, who is currently living in Los Angeles, but a Seattle native and alum of the illustrious Roosevelt High School jazz band. Praised for her impeccable phrasing and musical savvy, she has half a dozen albums and a solo Grammy nomination to her credit. She has regularly performed at Jazz Alley and prominent music festivals around the world.

The “a” represents Amanda Taylor, a Seattle-area resident and celebrated vocal arranger who has worked with the Seattle Girls Choir. She’s also an in-demand studio singer and a former member of the late, great local a capella jazz group, Groove for Thought. Versatile singer-composer Johnaye Kendrick teaches at Seattle’s Cornish College of the Arts and performs widely, and Erin Bentlage is an instructor at the Los Angeles College of Music and the Silverlake Conservatory of Music who has gigged from Italy to Iceland, with many stops in-between.

“We come as we are, and with what we have to offer,” says Kendrick, whose self-penned “Never You Mind,” a highlight of their repertoire, is a lushly wrought, vigorous anthem honoring the Black Lives Matter movement. What all four share, notes Gazarek, in addition to close friendship, sophisticated musicianship and mutual admiration, is “a love of jazz, an appreciation of craft and a deep search for authenticity.”

In a singing combo the vocal mix is (nearly) everything. Think of the Andrews Sisters’ tight harmonies, or the breezy, zesty tang of Lambert, Hendricks and Ross. But these days, in Seattle and elsewhere, all-female vocal groups tend to be amateur collegiate ensembles rather than professionals — like the competitive young women in the Pitch Perfect movies.

Otherwise, today’s well-known pop and jazz vocal groups like Pentatonix, the Manhattan Transfer and the New York Voices incorporate low male voices in the blend, for bass and baritone notes and percussive sounds. But säje has all female pipes (often abetted by instrumental accompaniment) — resulting in a lighter-hued yet robust sound that can also sass and swing, as it meshes the different approaches and voices of each member.

“We all have wide ranges, so it feels like there’s nothing we can’t do,” says Kendrick. But vocal gymnastics or fitting into a particular groove is not the point here. “We’re jazz forward,” declares Gazarek, “but we’re also heart forward.”

The group — whether accompanied by solo guitar or a jazz combo — distinguishes itself by specializing in original compositions (sometimes written collaboratively, as was “Desert Song”), as well as artful, surprising covers. The women are particularly drawn to weaving fresh variations on tunes by contemporary female singer-songwriters: i.e., a ferocious rendition of Dolly Parton’s heartbreaking plea “Jolene.” A bluesy take on YEBBA’s “Evergreen.” And their dreamy version of “I Am Light,” which was lauded by its composer, India.Arie. Also, Kendrick notes, “We all love Björk! Björk is a genius!”

After initially bonding during an in-person retreat in 2019, the quartet kept up a mostly long-distance work ethic (“We have these long text chains — what do you think of this song? Or this one?” notes Kendrick) that yielded a dozen-song repertoire for their debut performance, at the 2020 Jazz Education Network Conference in New Orleans, right before the COVID-19 pandemic hit.

Just as their music videos began attracting a following via Spotify, Instagram and YouTube, the pandemic halted säje’s ability to launch an in-person tour to fully capitalize on their new fans’ enthusiasm. The group doesn’t yet have a manager or a record label — making the Grammy nomination even more impressive — but has recorded individual tunes and assembled some financial backing from patrons through Patreon, the nonprofit fundraising organization. And säje has scored recent (virtual) performances, including at the DeMiero Jazz Festival based in Edmonds and Idaho’s prestigious Lionel Hampton Festival.

One important live, local gig did get shelved, regrettably. “We had booked a show at Jazz Alley for last July,” says Kendrick, “but it had to be canceled due to the pandemic.” The beloved local music venue and supper club recently announced plans to reopen (decked out in protective plexiglass) in April, which happens to be Jazz Appreciation month. Given the Grammy nomination and growing fan base, I hope säje will soon regale jazz lovers at the Alley. 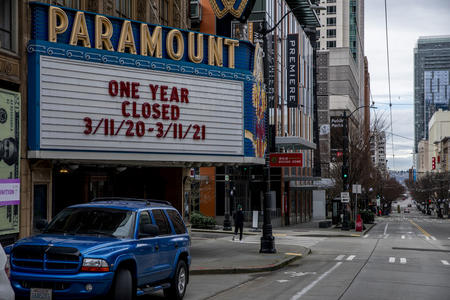 Shuttered and stressed, WA arts organizations are running out of cash

After months of struggling under pandemic restrictions, they say going back to ‘normal’ is not an option.

Shuttered and stressed, WA arts organizations are running out of cash

After months of struggling under pandemic restrictions, they say going back to ‘normal’ is not an option.