Seattle may not have as many record stores as it used to, but vinyl is back in a big way. The retro-cool resurgence is exemplified by recent LP sales (up 46% from 2019 to 2020 alone) and, more concretely, by a new art installation in the Central District: an oversized turntable embedded in a plaza at 23rd and Jackson.

Having recently had the thrill of rediscovering a box of my old records (hello, Donna Summer!), I was excited to find this new work by Seattle musician and multimedia artist Paul Rucker. His realistic design features a volume slider, 45/33 rpm switch (kids, ask your parents) and a playful tonearm that doubles as a bench.

Instead of grooves, the record is inscribed with the names of Northwest jazz musicians and clubs that once populated the Central District, such as Evelyn Bundy, Frank Waldron and Copper Kettle. (Jackson Street alone had 34 nightclubs during the heyday.) “People know about Jimi and Quincy,” Rucker told me over the phone, “but there are so many jazz musicians who haven’t had major recognition.” Accompanying the installation is a (still in progress) website, 78 on Jackson, where viewers will learn more about these unsung jazz legends.

It’s one of several public artworks at the new Jackson Apartments complex. Developed by Vulcan Real Estate, the project has been controversial, as it razed community businesses, including a beloved Red Apple grocery store. In an effort to reflect the cultural history of the Central Area, Vulcan worked with Black artists to install new work that carries the legacy forward. Across the plaza, a towering Yoruba storm-goddess figure by Marita Dingus and Preston Hampton is titled “Winds of Change: We Are Still Here.”

Rucker noted that his tribute is set in granite — “the same material used for tombstones” — which nods to the danger of losing this cultural knowledge, and underlines the sculpture’s role as historic marker. He hopes this piece is both enlightening and fun. “I’d love for it to be a place to do rubbings,” he said, noting the inscribed names. “Or a place people take selfies. I want it to be like the ‘Troll,’ that’s my dream.” 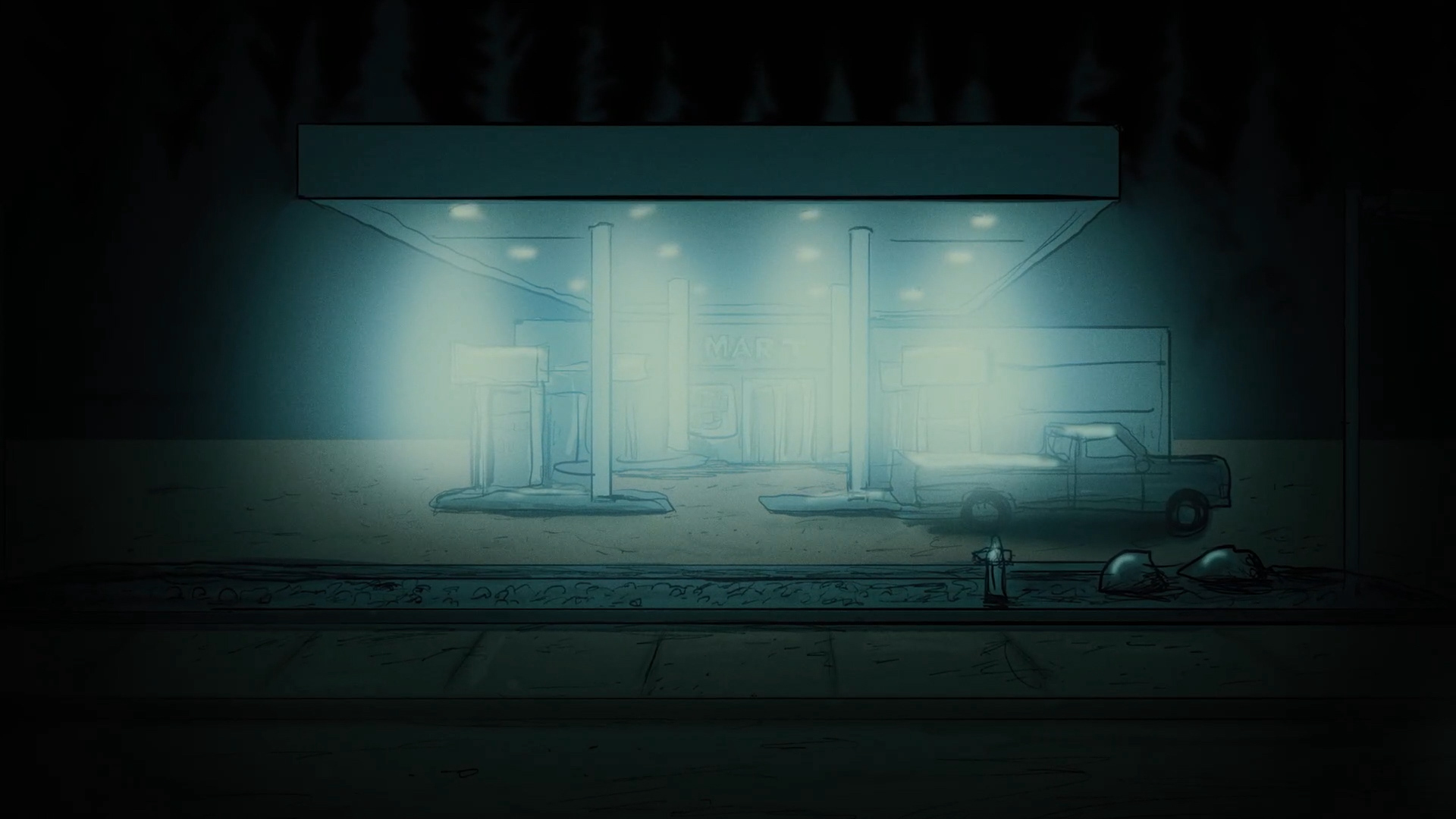 Moving from troll dreams to the hunt for Bigfoot … I recently watched the new docuseries Sasquatch (on Hulu), which opens with an animated forest scene. The mood is dark and tinted television-glow blue; mist drifts through tall evergreens as rain spatters on branches. In the next frame, fronds sway and curl in response to the showers, dancing individually like fingers over a keyboard.

I had been watching only a matter of seconds, when I was already certain — this had to be the work of Whidbey Island-based illustrator/animator Drew Christie.

I’ve been following Christie’s work for more than a decade, and while his subject matter is diverse — from Nirvana to the Northwest nutria — his old-fashioned, hand-drawn style is immediately recognizable. (See Kalakala Animation, the studio he runs with Amanda Moore.) Heavily researched and humorous, Christie’s animations often chronicle quirky characters, human and animal, so Bigfoot lore seems like a perfect fit. (In fact he’s made a Sasquatch short film before, in which the Fremont Troll makes a cameo.)

Spoiler to Sasquatch groupies: this particular doc is less about a search for the mythical beast and more about the greed, racism and violence plaguing big-money marijuana farms nestled deep in the woods of Mendocino County, California.

As (real-life) journalist David Holthouse takes us on his increasingly disturbing quest — did a Sasquatch brutally murder three Mexican workers on the pot farm where Holthouse worked in 1993 and, if not, who did? — Christie’s animations flip through the talking heads, crystallizing the story like pages from a graphic novel.

Christie told me he relied largely on his “extensive and lifelong history of walking in the woods of Washington state” to capture the forbidding mystery of Pacific Northwest forests — and the manifold possibilities of what lurks within. His drawings are particularly effective when the deep, dark woods are momentarily lit by the flare of headlights or an otherworldly gas station glow.

But when I asked about his Sasquatch beliefs, Christie was clear: “I am a 100% nonbeliever,” he said. “The bones of one would have been found decades or centuries ago,” he reasoned. “I’ve always been more afraid of other humans than any make-believe mythical creatures.” 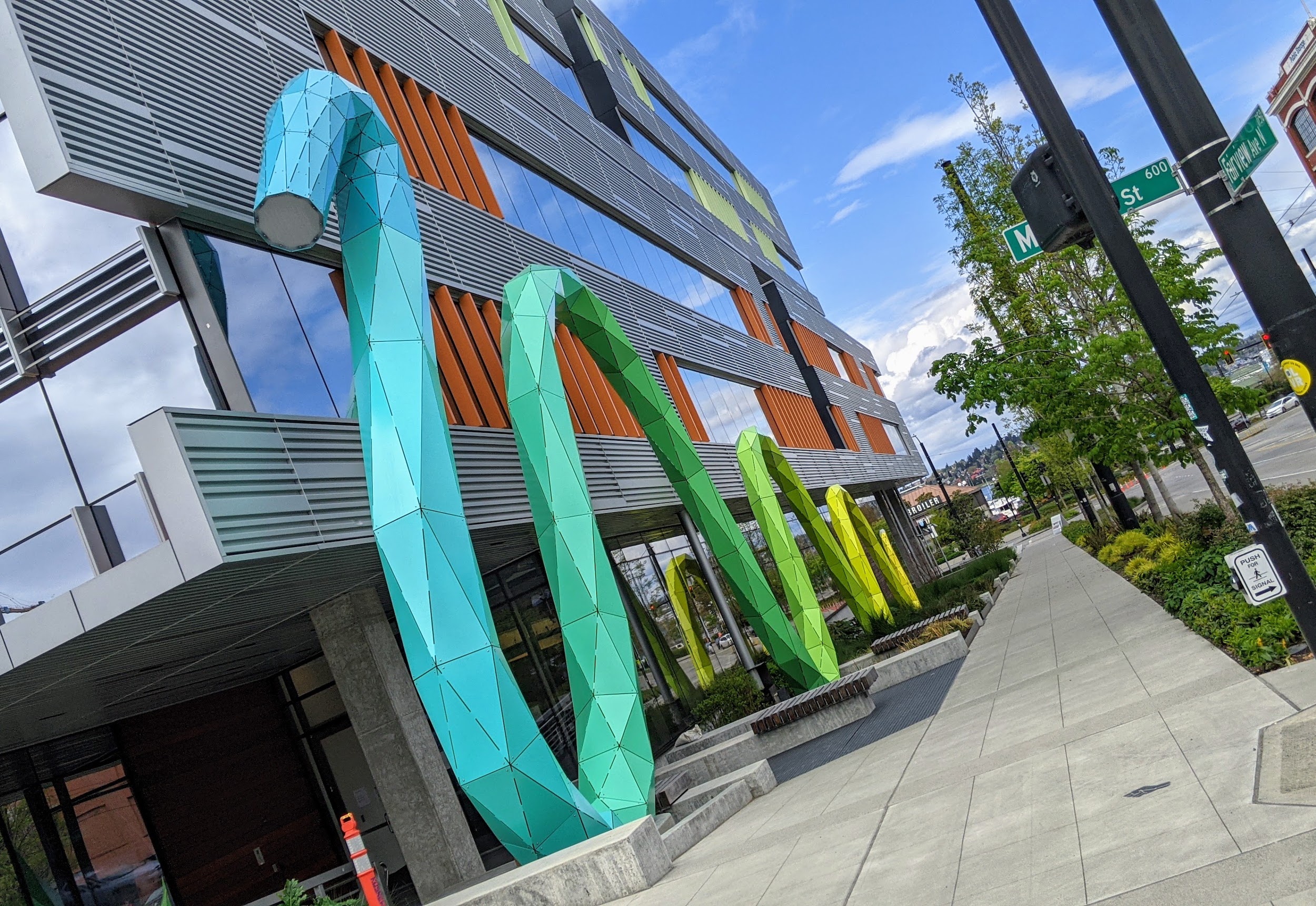 While Sasquatch remains elusive, a sea serpent made a highly visible appearance in South Lake Union earlier this week. Crafted by Seattle artist trio SuttonBeresCuller, “The Wanderer” is a large-scale, rainbow-hued sculpture that appears to have slithered out of Lake Union and paused amid the office buildings, like some Loch Ness monster that suddenly decided it likes the limelight.

The location (at Fairview Avenue and Mercer Street) is surely one of the most visited in town — the stuff of Mercer Mess legend — where when I used to go to the office I often sat in my car, wondering if I’d ever escape the gridlock.

Zac Culler told me the group considered naming the piece “Jörmungandr,” after the serpent of Norse myth. (Which could’ve made for some epic battles given the nearby home of the Kraken.) The triple-arced snake shape is intended to break up the rectilinear cityscape. Designed with SuttonBeresCuller’s customary cleverness (and fabricated by local Studio Fifty50 with Chris McMullen Productions), “The Wanderer” is one continuous taper — starting at 30 inches in diameter at the head and diminishing toward 0 by the tip of the tail.

The team painted the steel segments in gradient color (transitioning from blue to green to yellow) in order to give it a slinky sense of movement. Coming soon: an animated light element running snout to tail that will be “visible at night and on dreary winter days,” Culler says.

While most people will see it from their cars, I can attest that “The Wanderer” is worth visiting on foot — and Culler assures me, “It hasn’t bitten anyone so far.”

Seattle may have trolls, Bigfoots and serpents but none of these monsters hold a candle to the coronavirus when it comes to threatening the Northwest arts community. During the upcoming Crosscut Festival (May 3-8), reporter Margo Vansynghel and I will talk with artists and arts administrators about how COVID-19 has altered the local artistic landscape. Dare we hope for a vinyl-style resurgence? 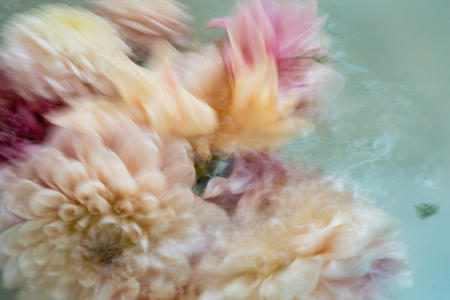 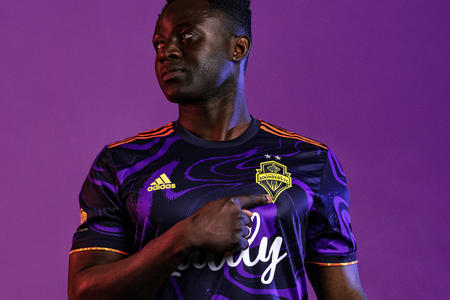 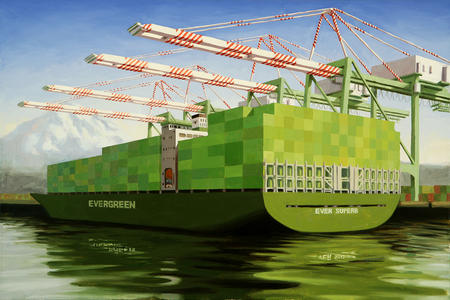