In-person theater returns to Seattle with the Campfire Festival

The Williams Project is staging an outdoor theater fest, with the help of hula hoops and roller skates. 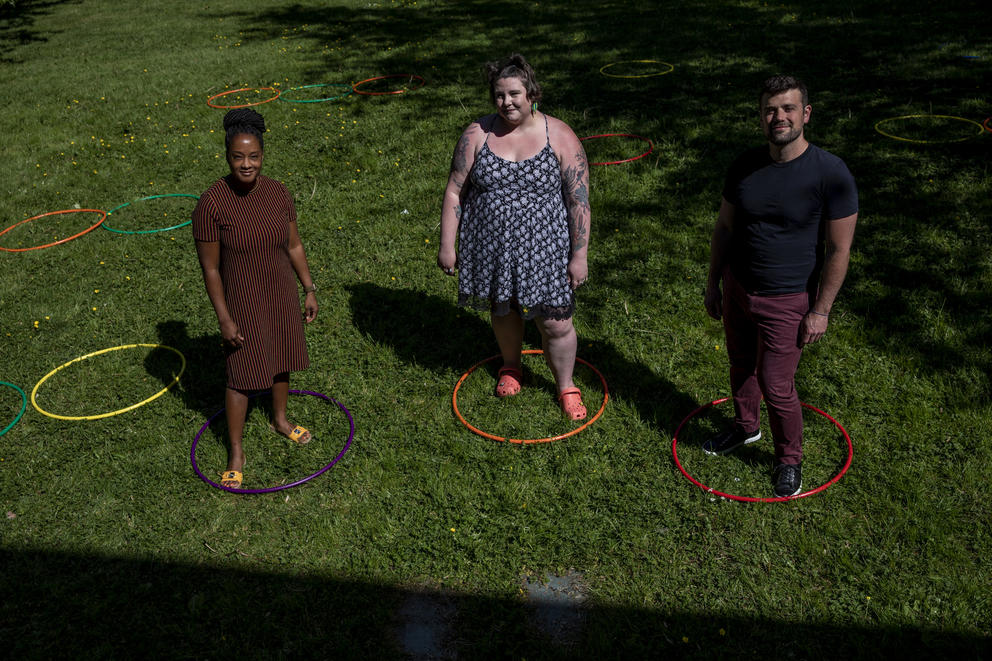 Intrepid Seattle theater group The Williams Project is staging a Campfire Festival starting this week. You won’t find a glowing blaze or gooey toasted marshmallows at this mixed bill of short theater pieces. But there will be something familiar to all campers: people coming together in the same outdoor space, as humans have done for millennia, to watch and listen to songs sung and tales told.

Despite ever-changing messages from state and national health authorities, and some general jitters about flocking to public events after a year of pandemic self-isolation, Seattle performing arts groups are starting to ramp up for live productions. A few large institutions (including Pacific Northwest Ballet and Seattle Opera) are selling tickets for shows scheduled this fall. Others (like Seattle Repertory Theatre and The 5th Avenue Theatre) are sticking with online events for now.

But Ryan Guzzo Purcell, the enterprising artistic director of The Williams Project, is jumping in now — because, he says, “We have to help people figure out how to commune again.”

Purcell says that early in the pandemic the team decided not to attempt a digital or virtual season. “Because we chose not to do streaming and online stuff, it meant we had more energy to figure out how we’d do one specific live thing,” he says,  “something small and safe enough for any stage.”

The Campfire Festival (May 20–June 5), a program featuring several new one- and two-person shows presented outdoors, is a reentry scenario, Purcell explains. “Each night you’ll see two different pieces, 30 minutes each,” he says. “There will be a maximum audience of 40. And we’re thinking we will draw little circles on the ground to define socially distant seating areas.” (Turns out, they’re using hula hoops to do it.) 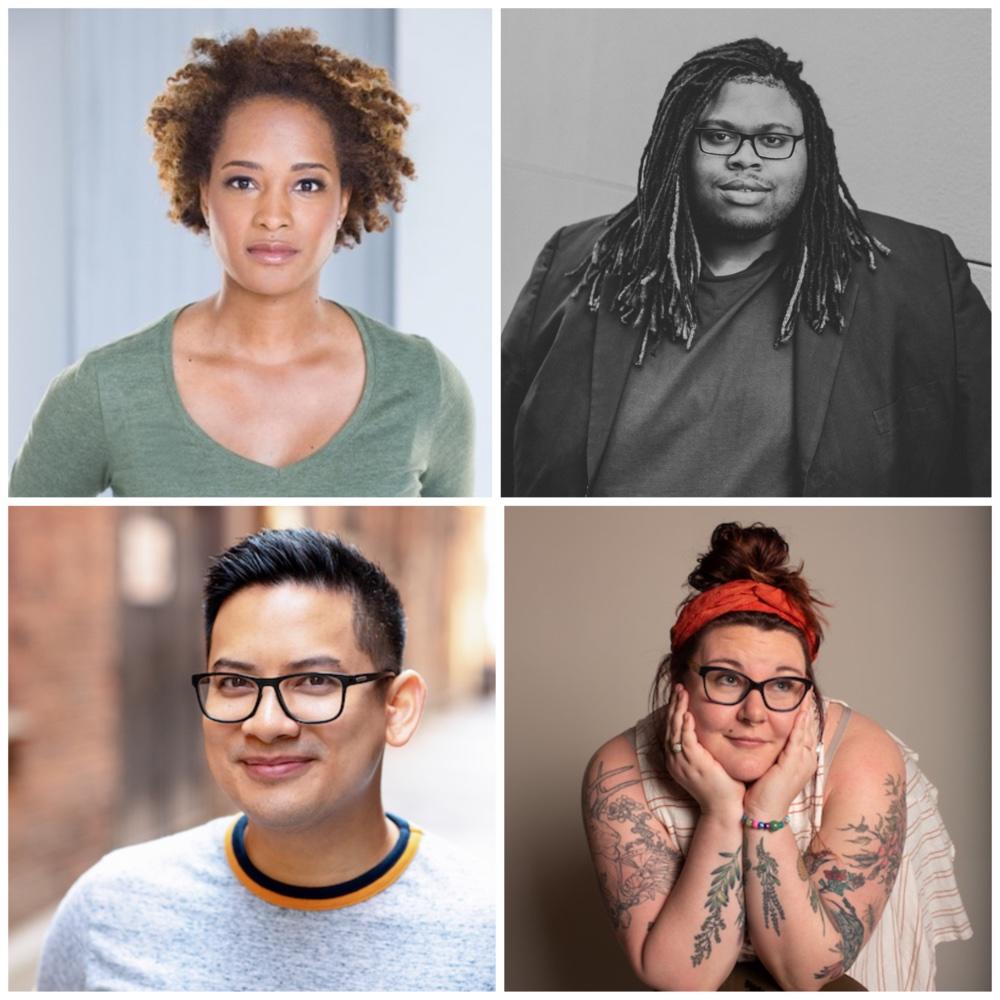 With no theater venue of its own to maintain, and Purcell and Producing Director Ellen Abram as the sole staff members for the past year, The Williams Project raised enough funds to commission works from intriguing local artists: composer/writer Justin Huertas, whose Lizard Boy and other musicals have been seen at Seattle Rep and ArtsWest; actor-writer and activist Dedra D. Woods, who appeared in several previous Williams Projects plays; musician-composer Aaron Martin Davis Norman and multidisciplinary artist Maggie L. Rogers, artistic head of Washington Ensemble Theatre.

But where to stage these new performances — during a summer when even some of our hardy local Shakespeare outfits are still deciding whether the show can go on? Fortunately, Purcell’s troupe has a solid track record of making theater in unlikely spaces.

Since 2014, The Williams Project has focused on revisiting compelling but infrequently produced plays by Tennessee Williams and other prominent dramatists. The group’s boldly reimagined, well-lauded interpretations have appeared all over Seattle. Some happened in small theater spaces — such as Williams’ Orpheus Descending at 12th Avenue Arts and his The Glass Menagerie at Café Nordo.

But other locations were more unlikely: The group staged James Baldwin’s Blues for Mr. Charlie both in a church sanctuary and in the cafeteria at Franklin High School (Purcell’s alma mater). And Gabriel Garcia Lorca’s Blood Wedding unfolded outdoors, on the grounds of a former industrial site (now the Equinox arts studio complex) in the Georgetown neighborhood. 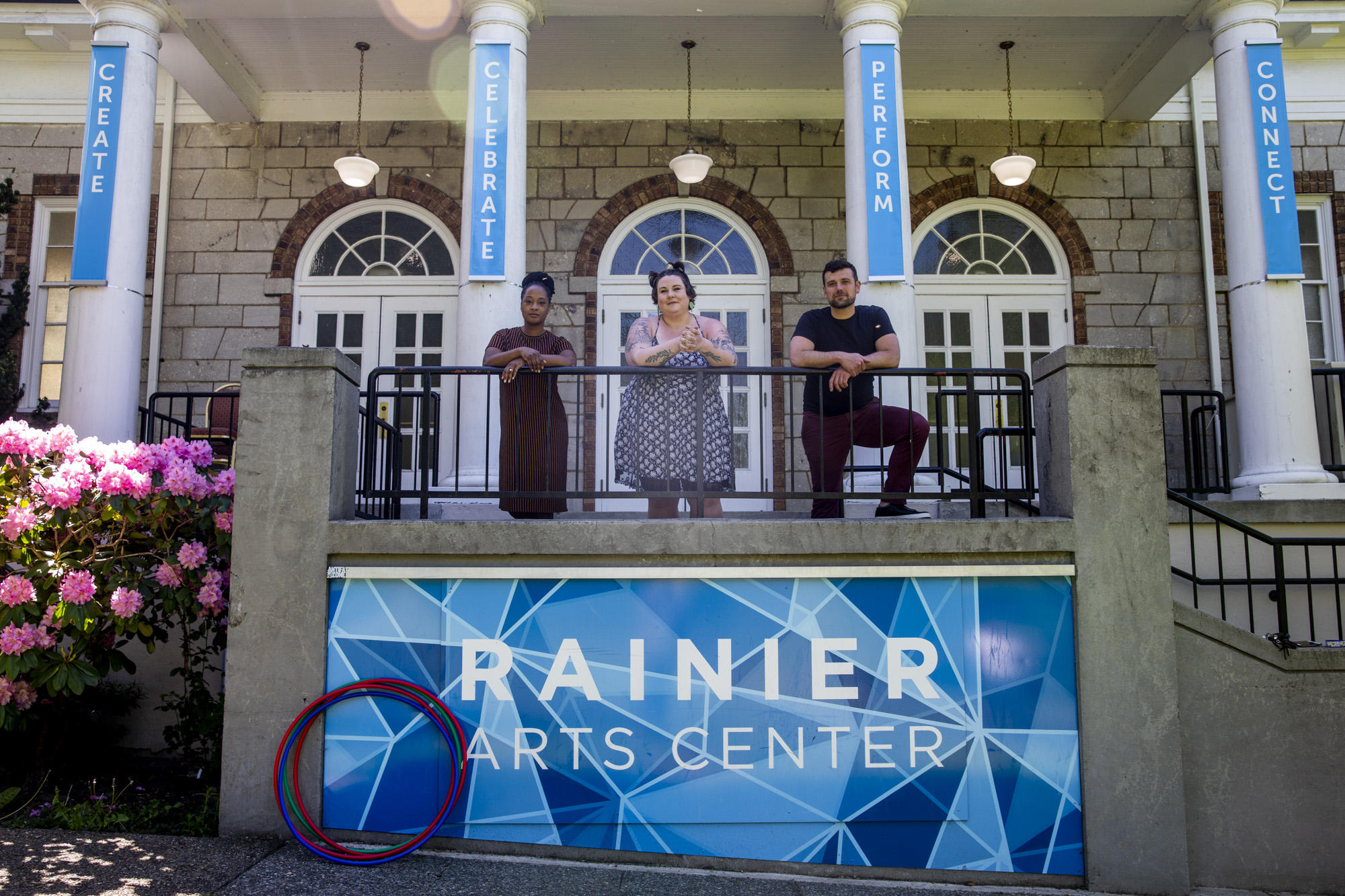 From left, playwright-performers Dedra D. Woods and Maggie L. Rogers with The Williams Project Artistic Director Ryan Guzzo Purcell outside of the Rainier Arts Center on May 13, 2021. (Dorothy Edwards/Crosscut)

From left, playwright-performers Dedra D. Woods and Maggie L. Rogers with The Williams Project Artistic Director Ryan Guzzo Purcell outside of the Rainier Arts Center on May 13, 2021. (Dorothy Edwards/Crosscut)

For The Campfire Festival, Purcell and Abram settled on the Rainier Arts Center, a community cultural facility. Built in 1921 as the Fifth Church of Christ, Scientist, and converted into an arts center in the mid-1990s, the neoclassical structure features a long, elegant portico rising above a grassy lawn. During the festival, this porch will serve as a stage, with the audience seated below in Columbia Park. “We’ve learned that outdoors, acoustics are key, so the performers will all be amplified,” notes Purcell.

Much thought has gone into considering both the health of the patrons and artists, especially as the pandemic guidelines are subject to change. To gain a permit from  Seattle Parks and Recreation for the festival, The Williams Project submitted a detailed COVID-19 safety plan, which spells out the spacing of individuals and “pods” in attendance, masking requirements, contactless ticket sales and other measures.

One challenge was not allowing the logistical arrangements to overshadow the artistry. But Purcell is confident. “We have really strong relationships with interesting artists doing small, intimate shows because that’s our model,” he says. And he has granted the creators a lot of latitude to develop their original material.

In Storytime: Good Grief, Aaron Norman draws on his gospel, opera and musical theater background to, as Purcell puts it, “respond to the times and to his personal grief, with original stories with songs he’s gathered.” He will be accompanied by musician Kevin Haylock.

Maggie L. Rogers is premiering a solo work about her family and Louisville, Kentucky, childhood. “Maggie has a huge sense of irony, and how humor fits into the world and her own past,” says Purcell. “And she’ll be on roller skates.”

A monologue called 30 Minutes, by Michigan native Dedra D. Woods, is also personal. In it, she shares her mother’s memories of the deadly 1967 riots in Detroit. A seasoned actor, Woods is both excited and nervous about her first-time scriptwriting venture. “The reason I thought about doing something on riots was the juxtaposition of the Seattle protests last year and the Detroit riots [my mother] experienced,” Woods explains. “The piece has a lot to do with race, and with me as a Black artist, my thoughts and imaginings about it.”

Justin Huertas, who has several other projects in the works, including a revised version of his Lydia and the Troll, could not clear his schedule to appear in person for the whole festival run. But he was pleased to devise a song cycle for local singer-songwriter-actor Rheanna Atendido in the phantasmagorical and funny mode Huertas fans will recognize. “It’s about a traveling musician who is never home except for a quick check-in or overnight rest, when the COVID pandemic happens,” he explains. “So she’s in her apartment now, and learns that it’s haunted.”

One of his pop culture inspirations for the piece was the Home Alone films. Another was a TV show he grew up watching on Nickelodeon, Are You Afraid of the Dark? “It’s about kids telling scary stories to each other, and it connected with my thinking about campfires,” says Huertas.

On selected festival dates, Purcell is including an extra offering in the form of a personal project. For up to 15 participants, he will lead “The Wealth Walk,” a 90-minute, socially distanced walking tour of Rainier Valley and Mount Baker sites that have changed since his youth, particularly in recent years, the result of hyperspeed local gentrification and other social and economic forces. The tour will also be available as an audio download.

“I got fascinated by how you could tell the political history of a place by just walking around and paying close attention to what you see and experience,” says the Beacon Hill native. “We sometimes forget that we now live in a city with the richest person who ever lived. What does that mean, for ourselves and our neighborhoods?”

For Purcell, getting back to the live dynamics of theater is essential because of “the real-time relationship” between artists and audiences. His collaborators are jazzed about it, too.

“I love social media, it’s great, but it’s also taking us away from really developing the kind of community that lasts and has roots,” Woods says. “People are searching for that right now, trying to find ways to really see each other.”

Huertas agrees. “I’ve done a lot of performing during the pandemic on Zoom and Instagram,” he says. “But there’s something so different about feeling like you’re immersed in an experience with a bunch of other people having the same experience. That’s what I’m excited about.” 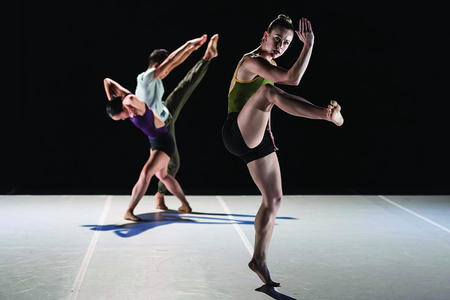 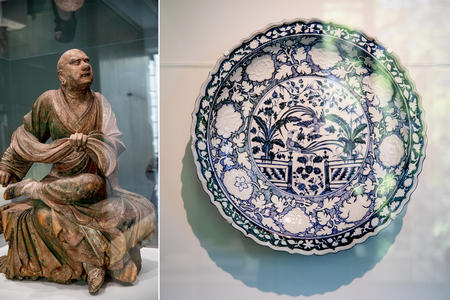