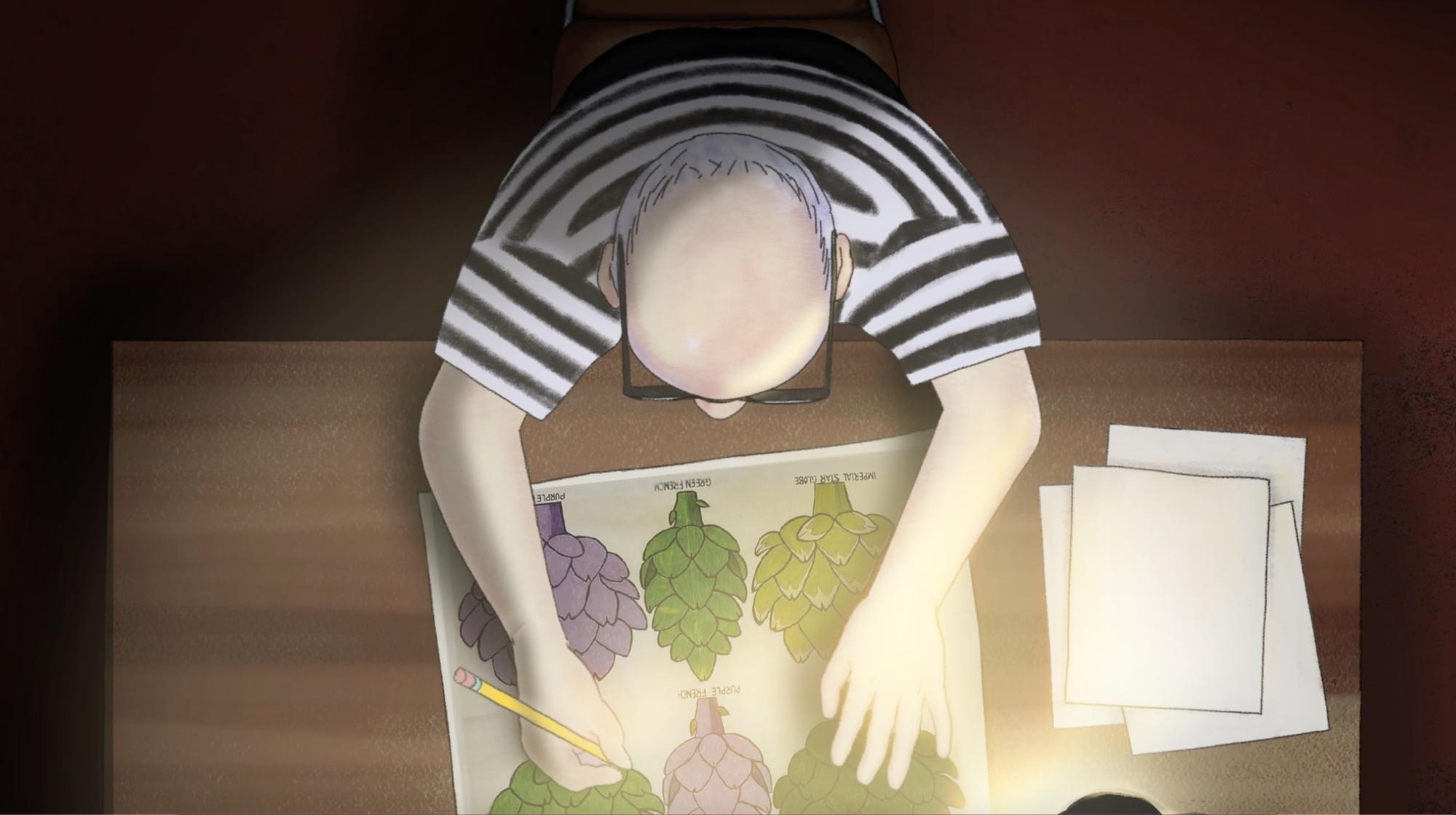 To know Gregory Blackstock’s artwork is to understand the pleasure of unnecessary lists. The longtime local artist is recognized for his meticulous, hand-drawn classifications of unexpected items, such as “The Spatulas” (baker’s, rubber, slotted, frosting, etc.); “The Shoes” (sling-back, tennis, bowler’s, skin diver’s fin); and “The Great Cabbage Family” (turnip, broccoflower and kohlrabi, for starters).

I remember being captivated by his lively drawings when I first saw them in the mid-2000s, at Garde Rail Gallery in Pioneer Square. I purchased the book Blackstock’s Collections: The Drawings of an Artistic Savant in 2006, and still discover new details every time I leaf through its groupings of berries, bees and British bombers.

“It’s like trying to make order of the world,” said Drew Christie — another prolific Northwest artist — when we spoke over the phone. His new animated film, The Great World of Gregory Blackstock, came out this week as part of the PBS Voices series of documentary shorts. “There’s an educational aspect, too,” Christie said of Blackstock’s work. “It’s like, ‘Here’s a bunch of stuff I studied; I’ll help make sense of it for you.’ ”

Christie appreciates Blackstock’s efforts to sort things out (roosters, accordions, hammers), to corral chaos into neat rows. “The world is so vast and complex,” he said. “It’s comforting when someone says, ‘OK, here are all the crows.’ ” 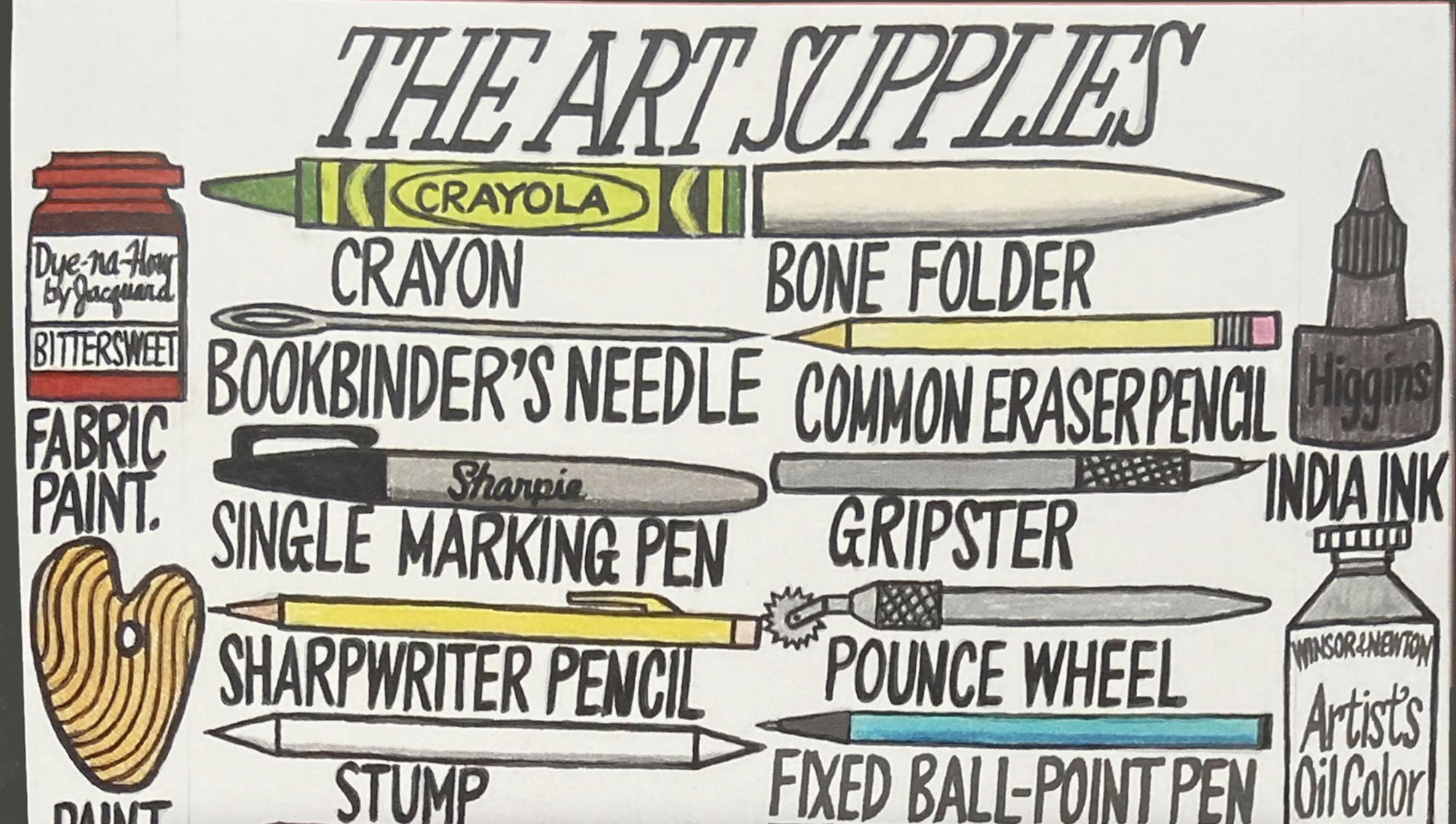 A still from “The Great World of Gregory Blackstock,” by local animator Drew Christie, featuring a replica of one of Blackstock’s many hand-drawn categorizations. (Kalakala Animation)

A still from “The Great World of Gregory Blackstock,” by local animator Drew Christie, featuring a replica of one of Blackstock’s many hand-drawn categorizations. (Kalakala Animation)

Born in Seattle in 1946 and now based in Lacey, Blackstock is a self-taught artist with autism spectrum disorder. He has often been classified himself, as an “outsider artist.” But in the film, gallerist Greg Kucera explains why he dislikes that terminology: “It’s that ‘us and them’ dynamic,” he says. “People like Gregory... become artists because they are artists.”

Blackstock’s early work appeared in the black-and-white print newsletter of the Washington Athletic Club, where he worked as a dishwasher for 25 years. Christie’s film tells the remarkable story of how Blackstock’s cousin and guardian, Dorothy Frisch, helped find art-world appreciators of his work and, with them, an income to help support him.

Christie, who pitched the film to PBS Digital, said he’s admired Blackstock’s visual style for years. Now, he said, “I feel like I did a master class in his approach.” Part of the animation process required retracing Blackstock’s drawings to bring them alive. “I understand why he likes it,” Christie said. “There’s repetition in the categories. That’s there in animation, too — when replicating frames — it’s very meditative and calming.”

Among Christie’s favorites is “The Shoes,” whose cartoony imperfection he finds charming. “It’s sort of like a Wes Anderson thing,” he explained. “Blackstock’s created a whole aesthetic world — once you step into it, you’ll always recognize it.”

You can test that theory this summer: Blackstock’s latest show at Greg Kucera Gallery, The Incomplete Historical World, Parts I, II & III, has been extended through Aug. 21. 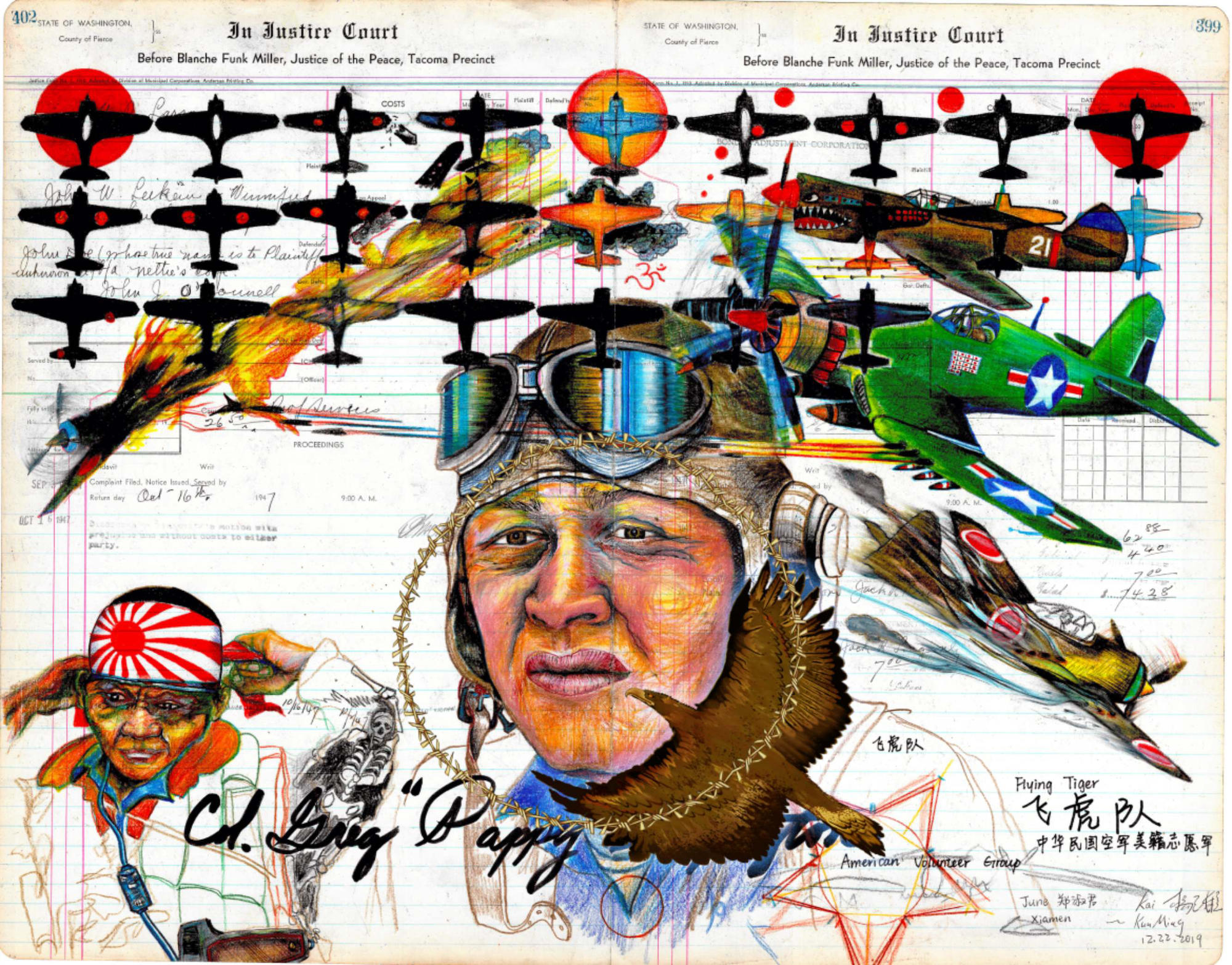 “When we let a bit of ourselves seep out onto paper, canvas, panel, fiber — the vastness of our infinite selves finds a tangible form.”

I was struck by this poetic encapsulation of the artistic process, courtesy of weaver Ursala Hudson, who included it in her artist statement for the 16th annual edition of In the Spirit: Contemporary Native Arts (July 15-Aug. 29). The always enlightening show returns to the Washington State History Museum in person this year, with 37 recent works by 22 Indigenous artists, most of whom are from the Pacific Northwest.

Raised in an artistic family in Juneau, Alaska, Hudson created “We Are the Ocean,” a stunning collection of wearable art woven in the tradition of her mother, Clarissa Rizal — a Tlingit master weaver revered for her Chilkat and Ravenstail blanket robes. Hudson’s sister, Lily Hope, is also an accomplished weaver, most recently acclaimed for the Chilkat Protector Masks she created during COVID-19 to encourage caretaking and survival in Native communities. One of these masks will also be on display in the exhibit.

The piece pays homage to flying ace Greg “Pappy” Boyington (Brulé Sioux), who grew up in Tacoma, attended the University of Washington and went on to command the Black Sheep Squadron in WWII and earn a Congressional Medal of Honor. Upham layers the story by depicting Boyington in flying goggles, alongside embattled planes, on a vintage Pierce County court ledger. 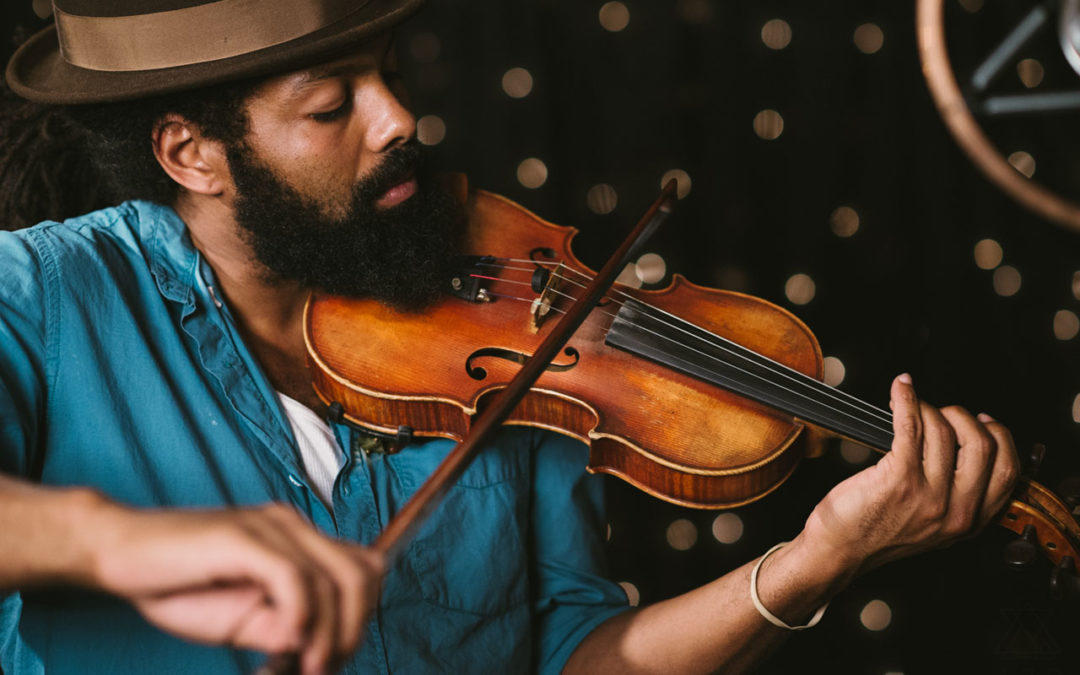 Seattle musician/composer Benjamin Hunter will perform at the Harbor Steps on July 16, as part of a new series of free Downtown Summer Sounds concerts. (Amber Zbitnoff)

Seattle musician/composer Benjamin Hunter will perform at the Harbor Steps on July 16, as part of a new series of free Downtown Summer Sounds concerts. (Amber Zbitnoff)

It almost feels like a normal summer out there (you know, aside from that nagging feeling that you just experienced a harrowing year of uncertainty and loss). Might as well embrace the good vibes and joyful art opportunities — especially outdoors.

Greenstage’s Shakespeare in the Park program is up and running, with A Midsummer Night’s Dream at Lincoln Park this weekend (July 16-18) and at other area parks into August.

Another chance for great music outdoors: The city of Seattle has coordinated several festive Welcome Back Weeks in hopes of sparking economic recovery and rejuvenation. This weekend (July 17-18) at Hing Hay Park in the Chinatown-International District, you can see dance by Massive Monkees, martial arts demos, performance by Chrysalis Circus and hear live music from Chong the Nomad, Totem Star, Evan Flory Barnes and Hollis.

And if you’d rather embrace the freedom of the open road, consider the NW Art Beat Studio Tour. This self-guided open-studio event showcases artists across Skagit Valley — providing a colorful annual bloom while the famed tulips lie dormant.