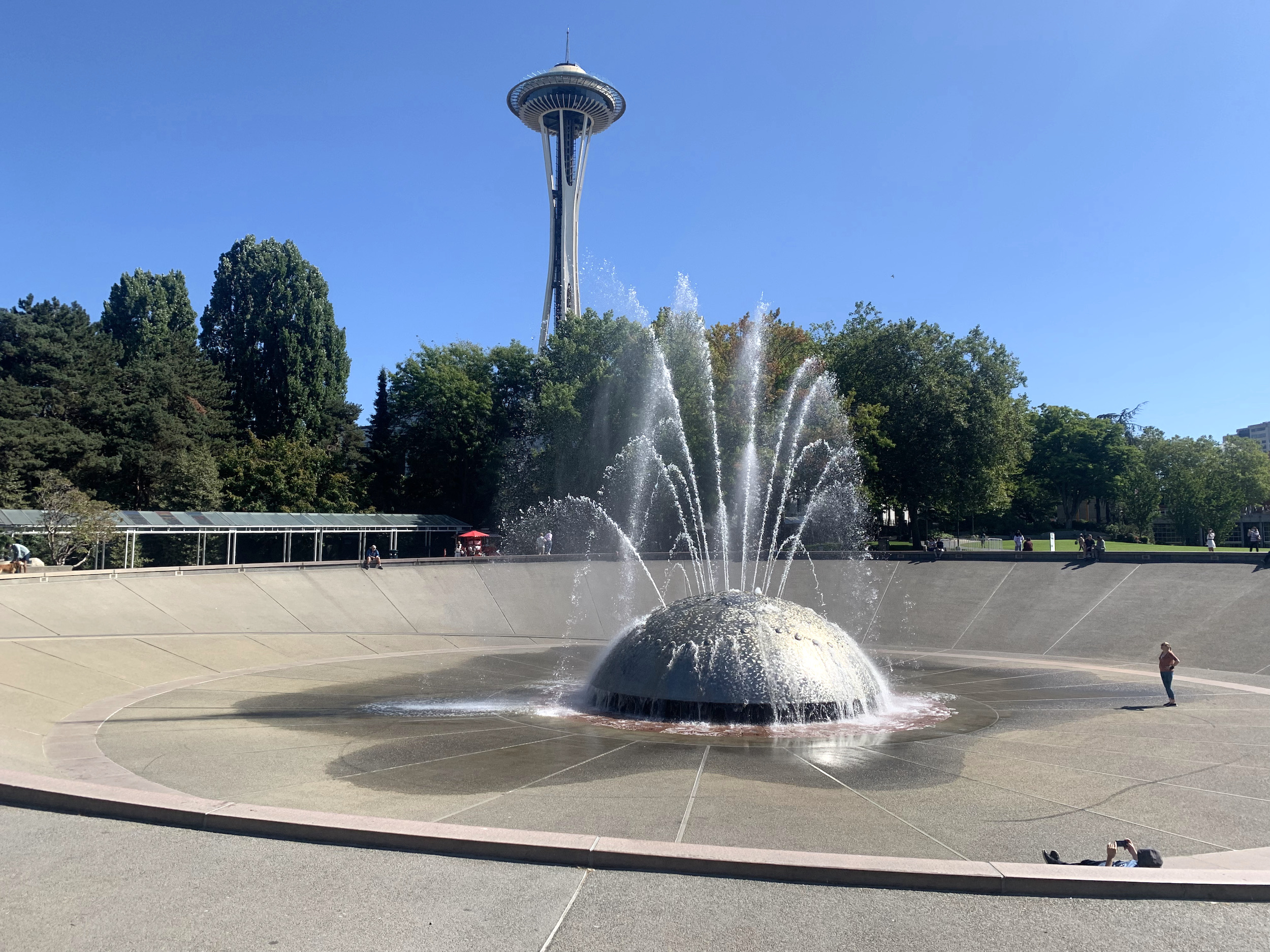 Yesterday, while walking across the grounds of Seattle Center, I could almost convince myself I was heading into another Bumbershoot. The sun shone on the Space Needle, the air had a subtle fall undertone, and coming from the International Fountain speakers was the distinct sound of a jam band.

A few kids tore off their shoes and ran down into the fountain’s splashy bowl, as I continued toward the Mural Amphitheater, where a crazed goldendoodle was running ecstatic laps around the empty lawn. The stage in front of Paul Horiuchi’s crackling 1962 mural was bare, but nearby, a busker played R.E.M.’s “Man on the Moon” on a beat-up guitar. And the indefatigable Shiskaberry food truck (“home of the Dingleberry”) stood by, promising sweetened stacks of strawberry and banana slices.

But for the second year in a row, the much-beloved and oft-berated arts and music festival has postponed its 50th anniversary. Just two weeks ago, Seattle philanthropist, civil rights activist and Bumbershoot co-founder Kay Bullitt died at the age of 96. Did her passing mark the end of an era? The pandemic has played a part in the Bumbershoot pause, but the festival has needed rethinking for a long time.

Just today, Seattle Center released a request for proposals for a producing partner to “reimagine and reinvigorate Bumbershoot Arts & Culture Festival.” Got any ideas? 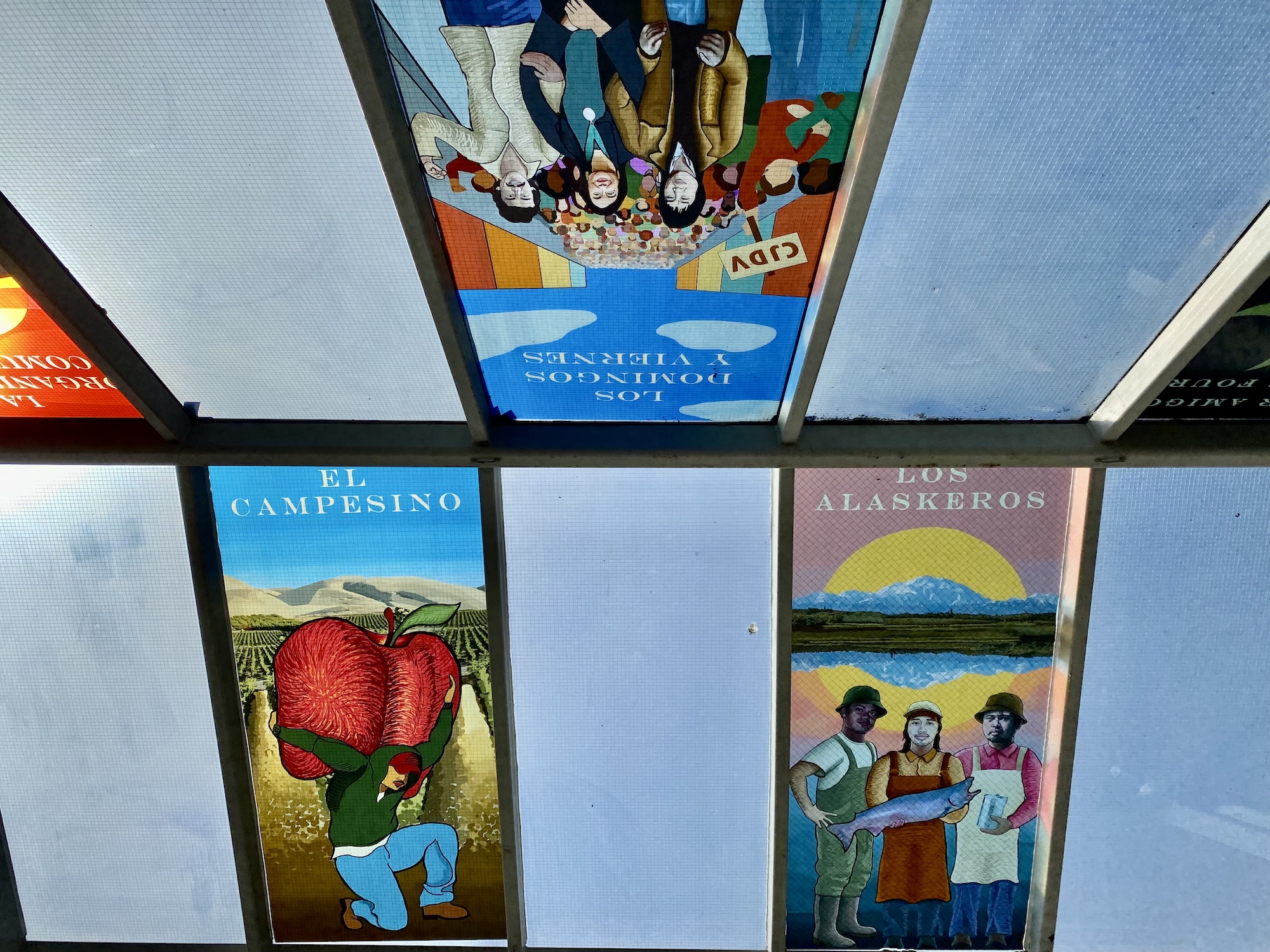 Meanwhile, you might choose to make your own Bumbershoot this year. I was on the campus to check out new installations by local artists featured in the Seattle Center Sculpture Walk (up through January, 2022). Jovita Mercado’s Lotería style prints are a welcome addition to the glass-roofed walkway between the fountain and Memorial Stadium. The vibrant panels pay tribute to Washington’s Latinx field workers, Filipino cannery workers and community organizers like Dulce Gutiérrez.

Photographer Jac Oliver Trautman (Duwamish) contributes an intriguing series of large-scale black-and-white images displayed near the playground behind MoPOP. Called Might Be Going to Have Imagined This Place, these ghostly double-exposure images of Native residents suggest an ever presence.

There are more new art installations to seek out — including a rainbow “Resilience” globe by Fumi Amano — in addition to those that have been there for decades. 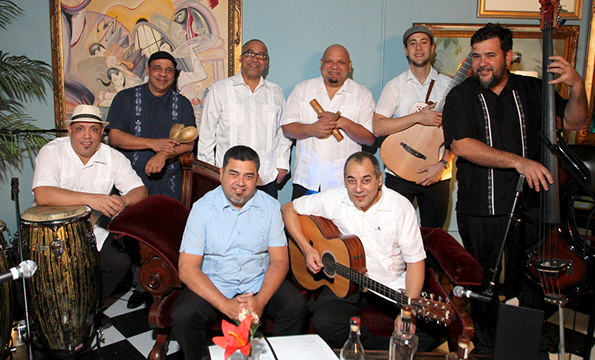 The “arts” part of Bumbershoot was an integral factor from its origins, but if you’re mostly missing the music, consider the new Day In Day Out festival (Sept. 4-5 at the Fisher Green Pavilion; $85/day), which promises “a highly curated mix-tape experience.” The local music lineup includes Sol, Chong the Nomad and Travis Thompson, plus all-caps acts STRFKR, CHVRCHES and KAYTRANADA.

For a free show with fewer capital letters, the Music at the Mural summer concert series continues, with a performance by Seattle-based Cuban band Kiki Valera y su Son Cubano (Sept. 5, noon-2 p.m.). Sinking into the strums of the cuatro guitar while stretched out the lawn, you might just come up with a proposal for a renewed Bumbershoot — submissions are due Oct. 25. 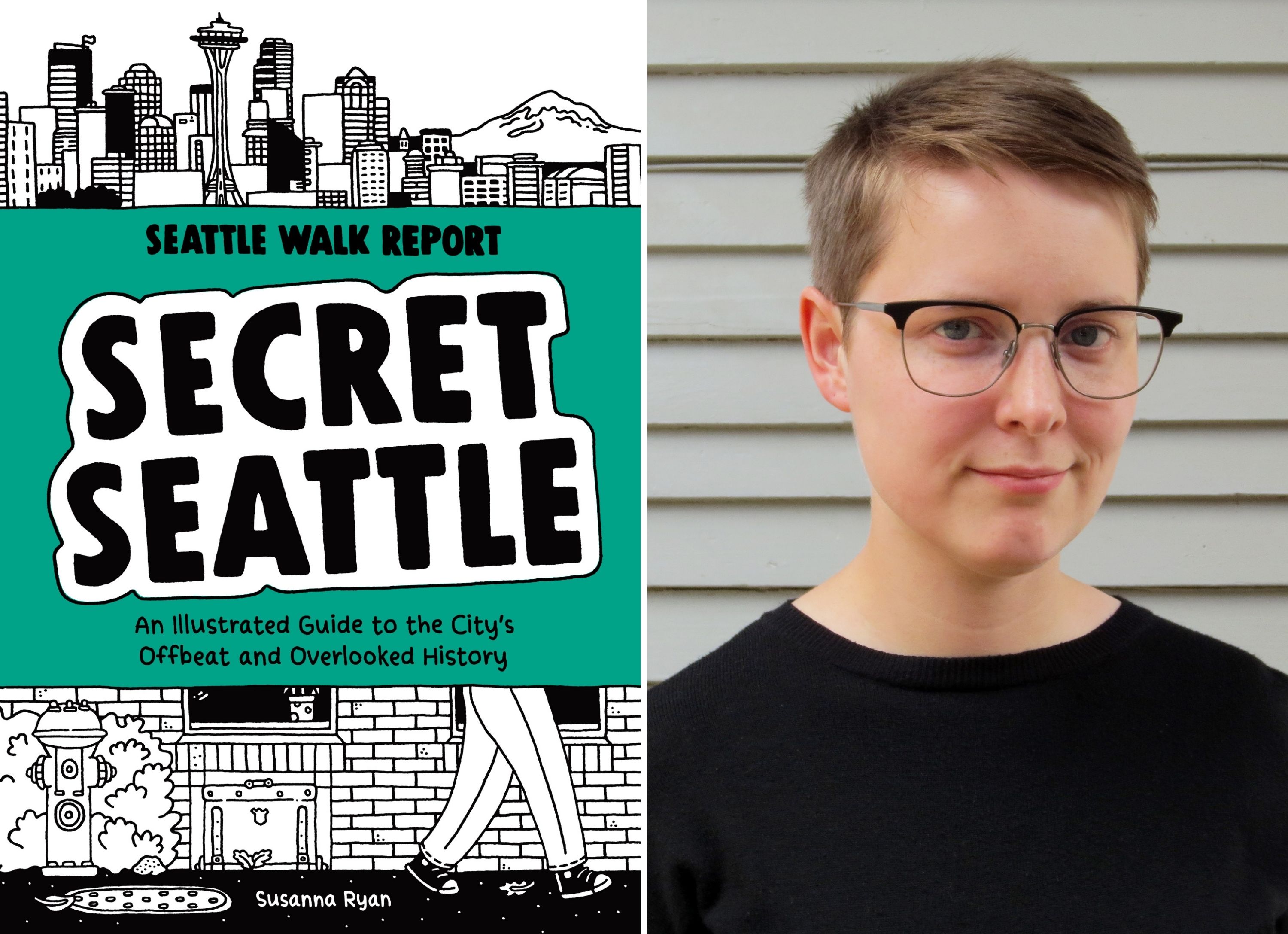 A couple years ago, I spent another summer day wandering around Seattle Center with author Susanna Ryan. I was interviewing the librarian, history buff and comic illustrator for her first book, Seattle Walk Report: An Illustrated Walking Tour Through 23 Seattle Neighborhoods, which was based on her hugely popular Instagram account.

Ryan is a pedestrian powerhouse, and her true gift is noticing the details in the cityscape that most of us rush by. As we walked across campus, I would subtly try to steer her toward what I felt was an underappreciated sculpture, and she would inevitably exclaim something like, “Look! Someone taped a drinking straw to this column!” 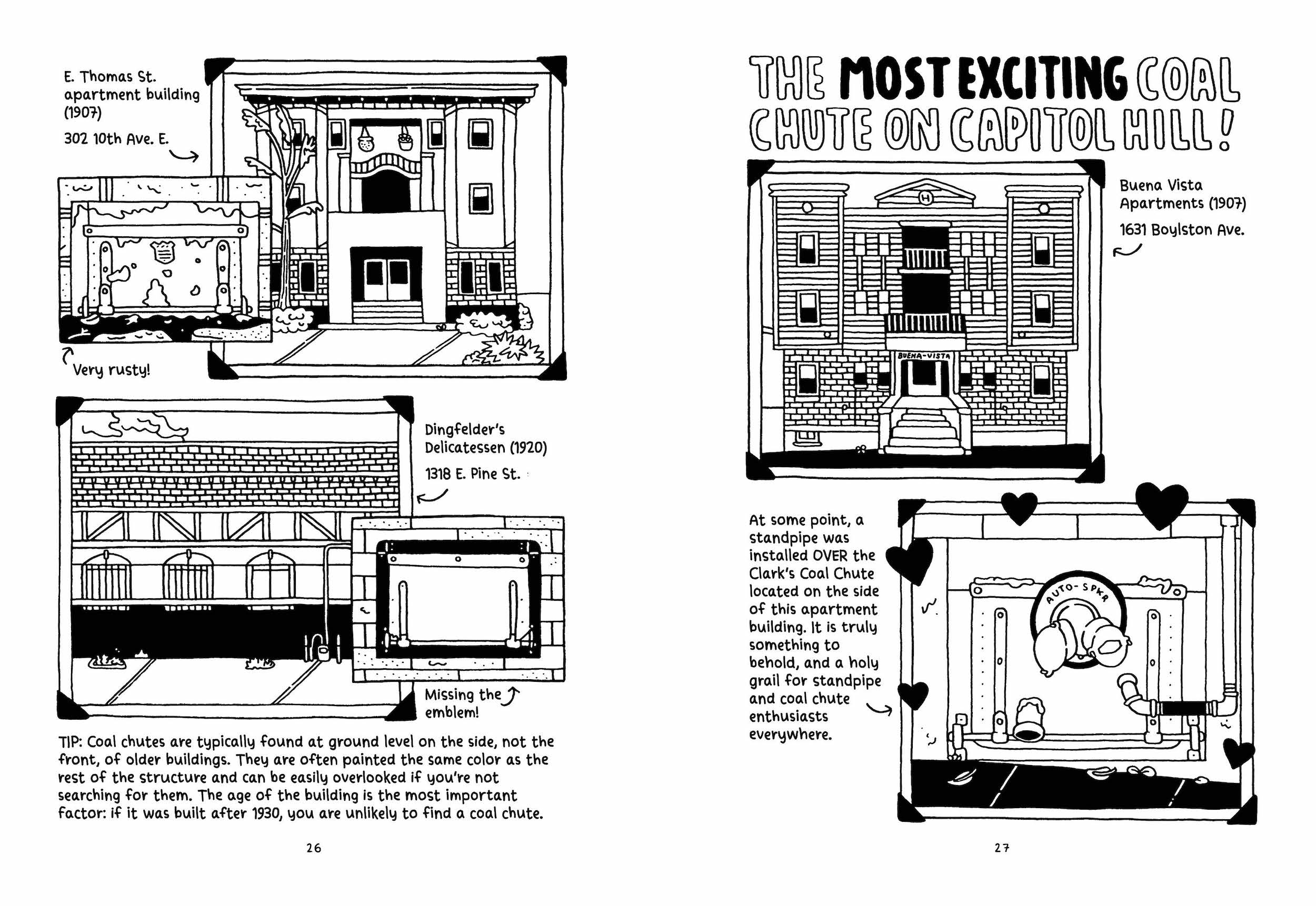 It was a lesson for me in perspective, in appreciating the smaller stories all around us. Now Ryan has released a new compendium of comics, Secret Seattle: An Illustrated Guide to the City’s Offbeat and Overlooked History, from local publisher Sasquatch Books. It’s equally as charming as the first, though with fewer tallies of window-cat sightings and more attention to curiosities of our built environment: turn of the century coal chutes, elegant manhole covers, intriguing lamppost and fire hydrant styles, public stairways and pocket parks.

As part of her drawings, Ryan includes a ton of Seattle history, from how the Daybreak Star Indian Cultural Center came about to Belltown’s status as a film industry hotspot in the 1930s and ’40s. She also points out something missing from the cityscape: statues honoring notable Seattle women.

During that first interview with Ryan, she mentioned she was a big fan of Crosscut’s Knute “Mossback” Berger (her exact words were “He’s my George Clooney”). Next week, she’ll talk with him at Town Hall (both in person and livestreamed, Sept. 7, 6 p.m.) about her new book and various intricacies of Seattle history. 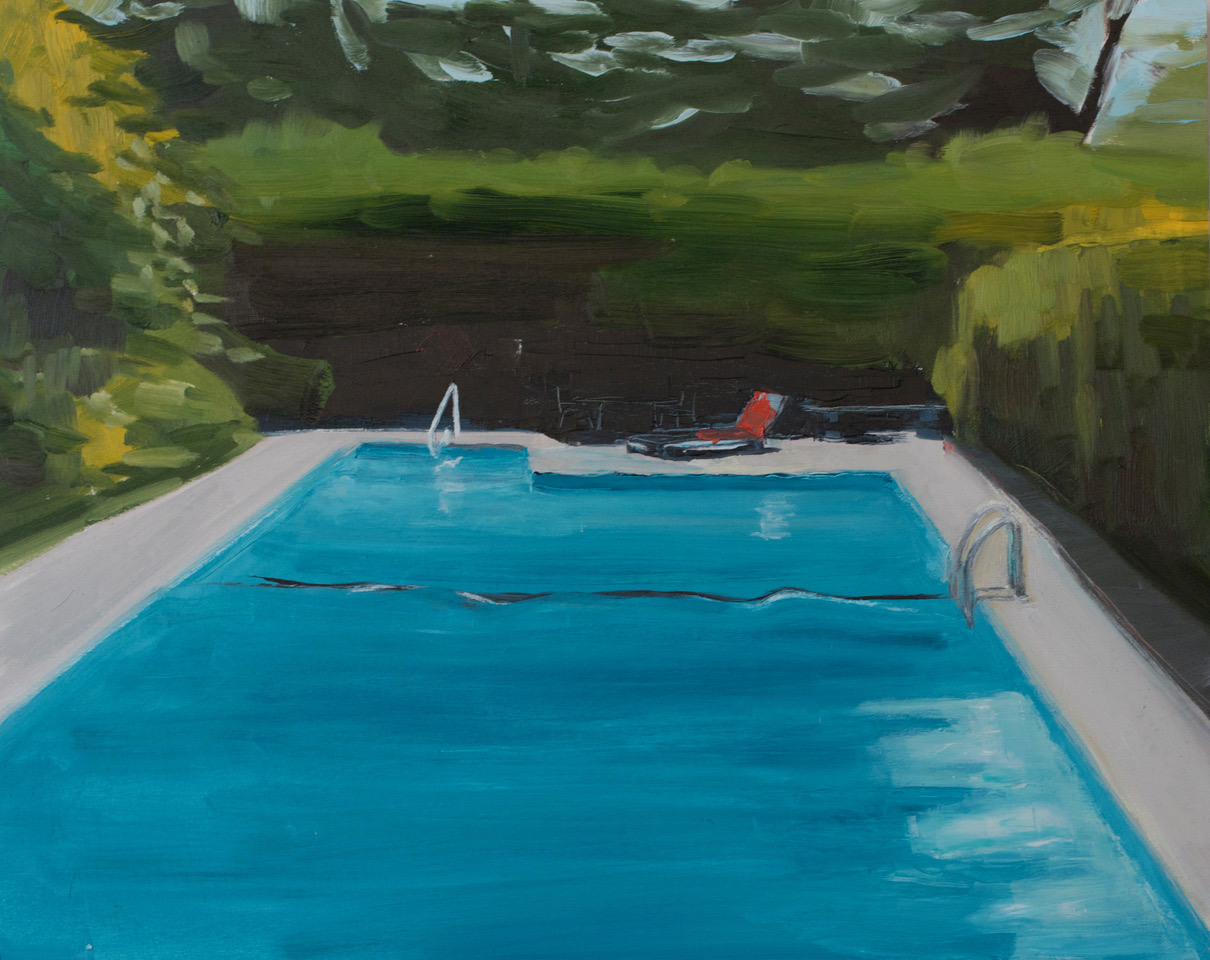 Starting Tuesday, King County will require masks at outdoor gatherings of 500 people or more — regardless of vaccination status — so you might as well mask up now if you head out to these artful options: 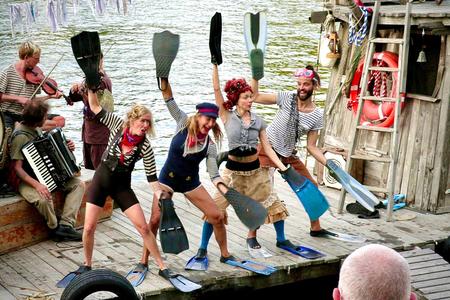 Plus: A SeaTac earthwork gets honored, dance pops up in Seattle parks and a new labyrinth lands at National Nordic Museum. 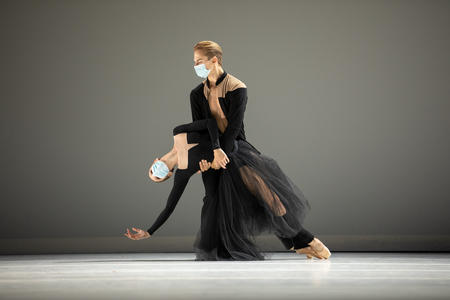 ArtSEA: Pack a mask and vaccine card for Seattle arts shows this fall

Plus: This weekend’s Seattle Design Festival and a Kitsap art mystery solved. 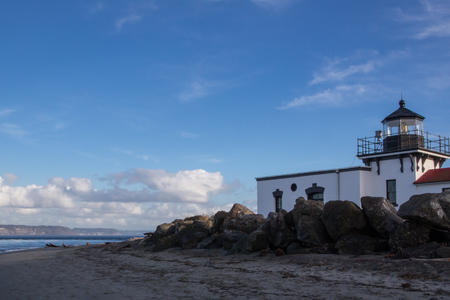 ArtSEA: An artful mystery on the Kitsap Peninsula coast

Plus, luminous light stack sculptures at Winston Wächter and signs of the times at Seattle galleries.

Plus: A SeaTac earthwork gets honored, dance pops up in Seattle parks and a new labyrinth lands at National Nordic Museum.

ArtSEA: Pack a mask and vaccine card for Seattle arts shows this fall

Plus: This weekend’s Seattle Design Festival and a Kitsap art mystery solved.

ArtSEA: An artful mystery on the Kitsap Peninsula coast

Plus, luminous light stack sculptures at Winston Wächter and signs of the times at Seattle galleries.