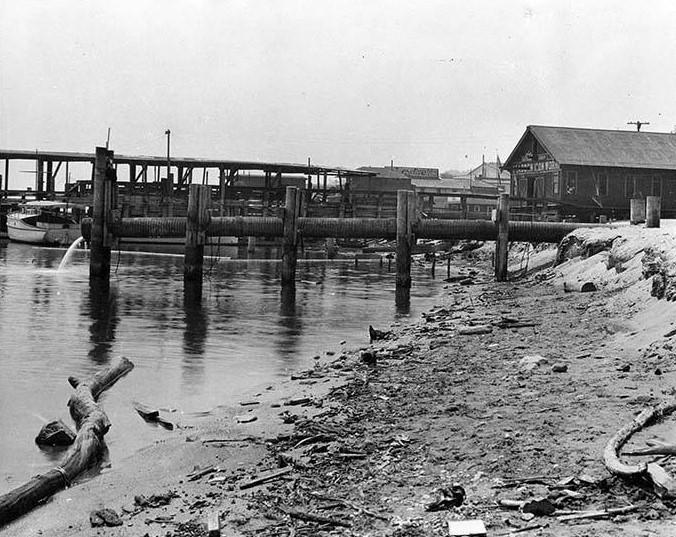 The COVID-19 pandemic has shown that Seattle is relatively compliant with public health demands, from social distancing to masking and vaccination. This makes sense in a STEM city whose modern economy has largely been built on science, engineering and biomedical research.

That's a relief, because the consequences of bucking pandemic precautions are clear to see. The situation in Idaho, where hospitals are rationing health care on an emergency basis due to a flood of mostly unvaccinated COVID patients, is a dramatic example of the difference that can be made if the public works to limit the spread of a contagious disease.

But resistance to public health is not new, and Seattle’s history is full of moments where health mandates of many kinds met resistance. "Unconstitutional!" "My freedom!" "Socialism!" "The cure is worse than the disease!" "Vaccines kill!" "It’s not in the Bible!" All of these protestations have been heard before in the arena of public health.

I recently got a copy of a history of public health in Seattle and King County called The Road to Health. Published in 1954 by the King County Department of Public Health, it surveys the first century of Seattle’s struggles with disease and provides a roadmap to how Seattle built its public health system.

It's worth pointing out some points in our history where it was difficult persuading the public to go along.

At almost every turn on the “road to health,” Seattle citizens have resisted taking their medicine. In the early 20th century, the city was afflicted with “epidemic after epidemic of smallpox, scarlet fever, diphtheria and typhoid,” the report reads. There were even occasional outbreaks of bubonic plague. School closures, quarantines, bounties on rats, even the burning of schoolbooks for fear of contamination took place to nip epidemics in the bud. As Seattle grew from a frontier village, the need to clean up its act amid a growing population became acute.

A turning point was the Great Seattle Fire of 1889, which cleared the city's slate and provided an opportunity for reinvention. Cleaning up the town was a big part of the recovery process during the two decades after the fire. Top priority was improving the city’s sanitation system — for example, by not letting toilets flow backwards when the tide came in — but also securing safe drinking water by building a public water system. For health and safety, Seattle needed to be replumbed.

Officials developed a new underground sewer system to handle the huge quantities of human and animal waste that the growing city produced. Privies and open cesspools were common throughout the city, and sewage and waste contamination regularly caused disease. In 1905, the city’s physician and health officer, Dr. W. L. Ludlow, estimated that 60% of noncontagious diseases and 10% of contagious ones could be linked to the hundreds of Seattle homes with cesspools instead of sewer connections. 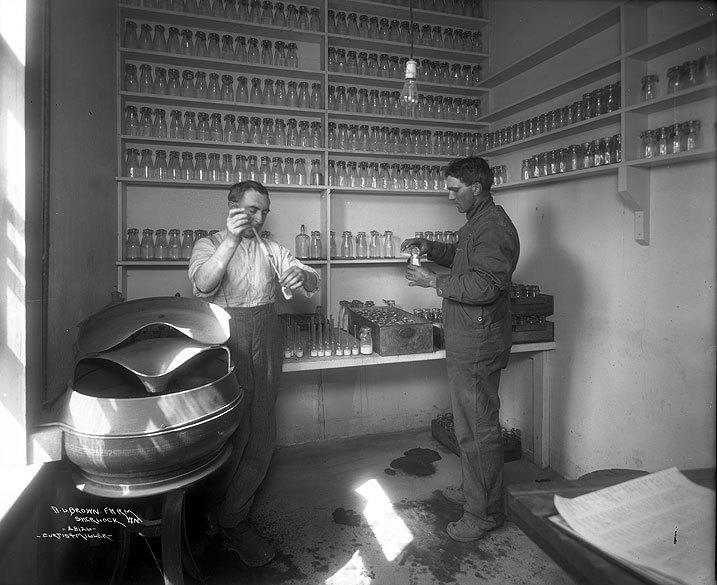 Yet as the sewer system expanded, many residents refused to hook up. They balked at the cost and believed their open cesspools were just fine, even though they could infect drinking water by leaking into streets, creeks and ponds. It got so bad that the city sanitary inspector sent threatening letters insisting that scofflaws hook up or risk even higher fees and fill in their cesspools under threat of having a lien placed on their homes.

The new underground sewers weren’t perfect, however. Their outflow contaminated beaches and large water sources like Lake Union, which, believe it or not, was once used for drinking water. Today, though, few complain about sewer mandates. We all appreciate everyone being required to hook up to a system that isn’t spreading deadly diseases and fouling our streets and water. The Metro cleanup of the 1960s and ’70s advanced sewage treatment, but sewage spills into Puget Sound demonstrate that even in our second century, there is work still to do.

As for our fresh drinking water, the Cedar River supply is widely regarded as among the very best in the nation, with a watershed managed to prevent pollution and contamination (it's largely off-limits, behind locked gates). The fresh water, however, is chlorinated, fluoridated, ozonated and exposed to ultraviolet light, and lime is added. These processes protect against organisms and contamination (from pipes) and contribute to our dental health. Millions drink our public water with pride, despite these ingredients.

But fluoridation was vigorously opposed on a variety of grounds. One opponent, Tracy Griffin, cited his "right to choose what we want to eat and drink.” Griffin was a member of an American Bar Association committee tasked with studying “communist tactics,” according to The Seattle Times in 1952. Fluoridation, Griffin said, “is simply another step in indoctrinating the people along socialists’ lines, which means ultimately Communism.…” That year, Seattle voters defeated a ballot measure to add fluoride to the water. (Sixteen years later, voters reversed course and approved fluoride.)

Another key moment in public health involving the purity of what we drink was the move to clean up Seattle’s milk supply. In the early 20th century, milk was unregulated and the source of much sickness in Seattle, particularly among children. Barns and dairies were often mixed in with residential neighborhoods.

In 1908, The Seattle Times undertook a “crusade for pure milk,” investigating the quality of the local milk supply. It highlighted the arrest of a South Park dairyman, Peter Cerini, who was a major supplier. His milk was described as “reeking of filth.” With 200 cows, his was the biggest dairy in the area, which inspectors called “uniformly disgusting.” Milk strained through cloth for examination was foul. “The odor from the excrescence gathered on the straining cloth was very offensive and was the cause of exclamations of disgust by all who scented it,” reported The Times. Cerini was given two weeks to clean up his act or risk being shut down, fined and jailed.

Keeping milk and cream from toxic spoils was a challenge. An inspection of the waterfront in 1908 found masses of filth, sewage, debris and rats under downtown wharves. The incoming tides were said to bring disease. Worse, inspectors found several establishments on the wharves making butter directly over tideland “honeycombed” with rat holes and filth. They were shut down. In 1909, an outbreak of typhoid in the Rainier Beach area was traced to a dairy and flies infected at its cesspool.

Seattle debated at length about whether to require milk to be pasteurized. Sanitation problems existed throughout the supply chain, but treating the milk itself could mitigate dirty dairy conditions. The process was resisted, however, by many dairymen, who objected to the cost; they felt it was needless and would raise the price of milk to consumers.

The city debated mandatory pasteurization — many large cities, like Chicago, adopted it — but some dairies found a competitive edge by complying with new rules that made dairy products safe regardless of a mandate. The Kristofferson dairy “spared no expense” to build a state-of-the-art “milk depot” facility at First Avenue and Wall Street, where it made a “scientifically pasteurized milk and cream” to meet “public health requirements.” 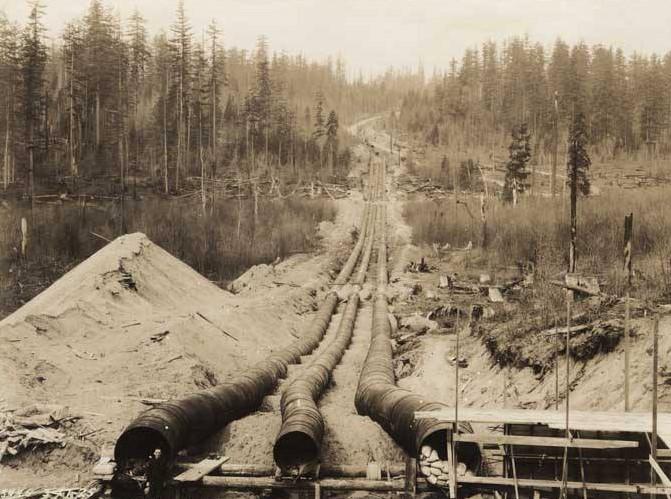 Others modernized, too. In 1915, the city council passed a comprehensive ordinance regulating the city’s milk supply, its dairies, creameries, milk plants and ice cream manufacturers. The law banned the selling of milk from cows with tuberculosis, apparently a common enough occurrence to be called out.

At the turn of the century, Seattle was also a hotbed of what the public health report called “anti-vaccinationists.” The movement had grown in the late 19th century in part as a rebellion against the medical profession. It was mainly supported by naturopaths, homeopaths, makers of patent medicine and people skeptical of the benefits of smallpox inoculations. Some believed that the smallpox vaccine actually spread the disease rather than confer some immunity.

According to Martin Kaufman, in his 1967 Bulletin of the History of Medicine article, “The American Anti-Vaccinationists and Their Arguments,” some anti-vaxxers argued that vaccination was against the laws of nature. “It was argued that if God wanted man vaccinated He would have vaccinated him.”

Protests broke out in Seattle in 1907 over the prospect of compulsory vaccinations for school children. Anti-vax parents held angry meetings and threatened legal action against the school district if such a policy was implemented. The Seattle Post-Intelligencer reported that many of the anti-vaxxers were “very bitter in their remarks.” The opposition to vaccinations ran through the 1918-20 influenza epidemic — and in 1919 the anti-vax forces persuaded the state Legislature to rescind compulsory vaccination for school children. The arguments continue to this day.

As for smallpox, the vast majority did get inoculated, and between 1930 and 1940s, the disease virtually disappeared from Seattle. Today, the state’s school children are required to get vaccinations for all kinds of diseases that ravaged Seattle a century ago, though there are exemptions for health, religious or personal reasons. Still, vaccinations are now the norm here.

The Road to Public Health in Seattle’s first century was rocky, but largely successful. But as the debates of today make clear, public health is a problem never solved. There are always new challenges, new arguments and much resistance, even to common sense. Some people are more willing to put their trust in a horse de-wormer than in a vaccine approved by the Food and Drug Administration.

The 1954 report concludes with a passage that I am sure many public health professionals can identify with: “At mid-century, the diseases that can be laid to an unsafe environment have almost disappeared. The fact is a tribute to the vigilant health pioneers of the early 20th century who fought long and lonely battles against apathy and hostility….” Unfortunately, there isn’t a shot that cures either.

by / January 21
Inside Crosscut