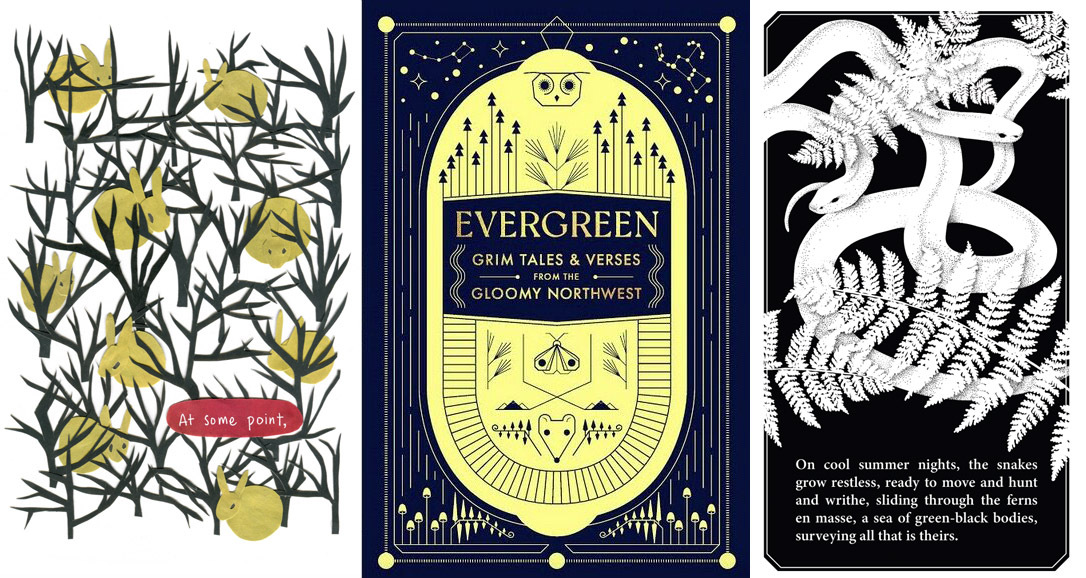 ‘Evergreen: Grim Tales & Verses from the Gloomy Northwest’ is a potent gathering of stories and poems about and for the Northwest. (Courtesy of Scablands Books)

On the Palouse, where Washington and north Idaho meet, the rolling fields appear desolate and shorn in January, as the months-old stubble of harvested wheat pokes through patches of wind-crusted snow, like millions of splinters jutting from the earth. It’s a sharp contrast to those same hills in July, when the lush green-gold of ripening grain looks like an ocean, wind-blown swells rippling across its surface.

Those mesmerizing summertime waves of wheat are reimagined through a darker lens in “Habitat,” a short story by Leyna Krow, in Evergreen: Grim Tales & Verses From the Gloomy Northwest, a new anthology of stories, poems and essays. Set in an alternate present or near future, “Habitat” imagines that an invasive neon-green fern has replaced the wheat sprouting from the fields of the Palouse. Rather than wind creating the iconic “shimmer and sway” along the landscape’s verdant hillsides, the motion is caused by an infestation of fluorescent green snakes — a shift in habitat that has forced the area’s human inhabitants to flee.

In casting a fresh and often fantastical eye on the Northwest, Krow’s story is typical of the pieces collected in Evergreen. From the mountains of Montana to the streets of Seattle, the book creates a vibrant, multilayered picture of the region, one that embraces complexity rather than shallow stereotypes. The Pacific Northwest in particular has often been portrayed in a binary way, writes co-editor Maya Jewell Zeller in the introduction. It’s either the purview of loggers at “war with the woods” or a “forest pastoral — something either too adversarial or too idolatrous, something dripping with capitalism, hypermasculinity, and Eurocentrism.”

Evergreen seeks a deeper examination of the greater Northwest, and largely succeeds. Many of its strongest pieces are by Indigenous writers, including the stunner of a story that opens the book, “Secondary Infection” by Beth Piatote, a Nez Perce writer, on the festering dangers of loneliness. The piece recounts a tale told by the narrator’s auntie, about a widow who “lived over that way, over at Yakama.” Its spare details embody the region where it’s set. A rattlesnake and rocky ridges both bound and animate the story, turning nature into a character and evoking the dry desert landscape of south-central Washington.

In Piatote’s story and throughout Evergreen, a sense of the mythical pervades the pages. Ruth Joffre’s brief yet exquisite “A Girl Plays With Thorns” exemplifies the collection’s fairy-tale feel. Though unmoored from any named location, the natural world — and human relationships with it — are fundamental to the story. In it, a mother learns that her young daughter is more independent, and stronger than she thought, as briars sprout from the girl’s body: “[U]nder her skin … there is movement. First subtle, like a rustling of plants in a breeze, then deep and sinuous — the creeping of blackberry vines so embedded as to appear part of her musculature.”

While Evergreen dips toward the Pacific Coast, the heart of the anthology lies in the Inland Northwest, the home of Scablands Books, its publisher, located in Spokane. Named for the channeled scablands of Eastern Washington, a stark landscape of basalt ridges and coulees carved by massive floods about 15,000 years ago, Scablands Books is a boutique press focused on regional writers. This hometown advantage is evident in the skillful curation of the collection, making it a rich gathering of stories and poems that are chiefly both about and for the Northwest; a view from the inside out, rather than a voyeuristic look from the outside in.

I love the ways that our anthology floats free of the Northwest at times, because part of what is here is also what’s outside of here.”
— Sharma Shields, "Evergreen" co-editor

Evergreen includes nearly 80 pieces, about half of which have previously appeared in print. It’s a collection focused on contrasts and connections, so perhaps it’s fitting that it occasionally strays beyond the Northwest; a few pieces plumb childhood memories from distant places or examine injustices that cut across the entire nation. As co-editor Sharma Shields writes in the introduction, “I love the ways that our anthology floats free of the Northwest at times, because part of what is here is also what’s outside of here.”

The book’s power lies in those juxtapositions and harmonies, and the way its many voices cohere into a unique and complex whole. Evergreen celebrates that complexity, embracing the variety of the region’s particular landscapes, but also the intricacies of life itself, despair and wonder and the way the two are fundamentally intertwined — darkness as a source of both terror and magic. Shields and Zeller end the anthology with a poem that does exactly that, “Shrike Tree,” by the late Lucia Perillo. The poem describes a dead hawthorn on which a shrike has speared the carcasses of smaller birds, a way of storing its prey:

They hang there, desiccating
by the trail where I walked,
back when I could walk,
before life pinned me on its thorn.
It is ferocious, life, but it must eat,
then leaves us with the artifact.

This story was originally published at High Country News on Dec. 30, 2021. 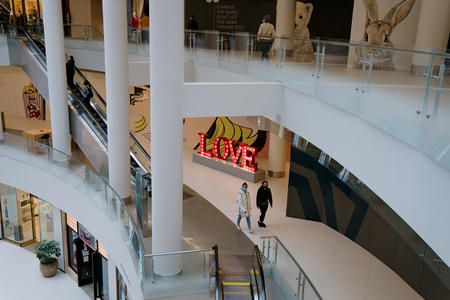 As malls across the country peter out, the downtown Seattle shopping center is fighting vacancies with art and local businesses. 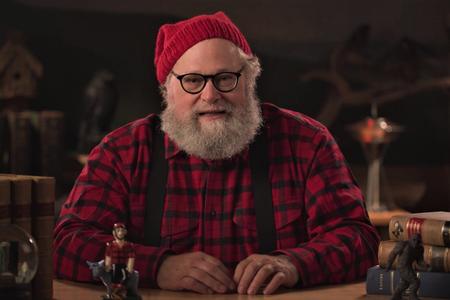 Support for this article is provided by Bedrooms and More. 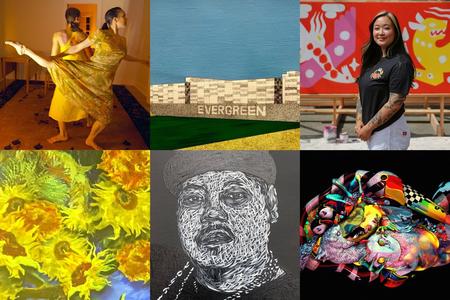 As malls across the country peter out, the downtown Seattle shopping center is fighting vacancies with art and local businesses.

Support for this article is provided by Bedrooms and More.

Emily Benson is an associate editor at High Country News, covering the northwest, the northern Rockies and Alaska. Email her at emilyb@hcn.org.