Sci-fi novel ‘The Last Cuentista’ warns of the dangers of erasing our past. 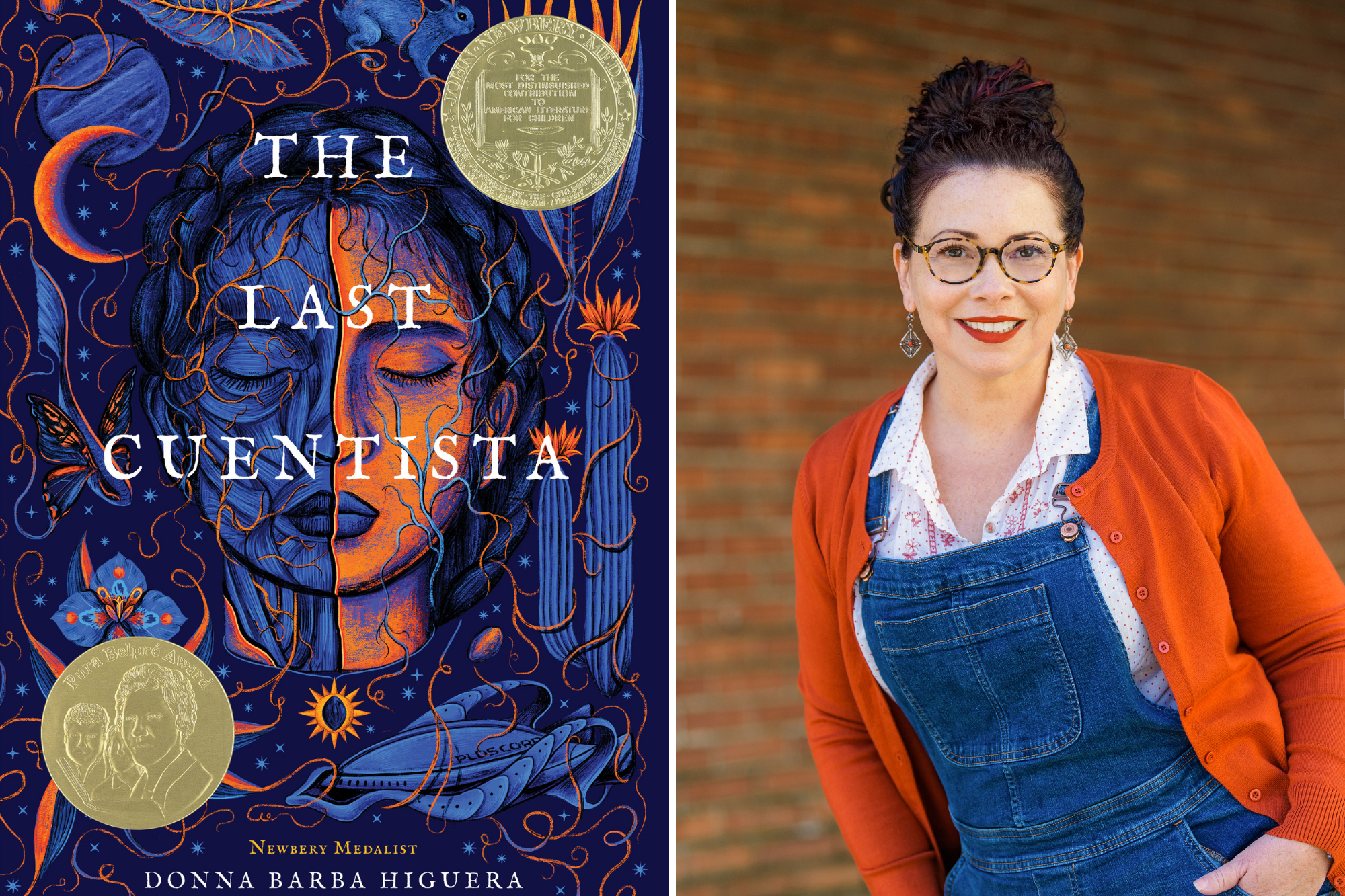 Había una vez … Once upon a time, a young girl named Petra Peña set out to save humanity with stories. It’s a tall order and the setup at the heart of Donna Barba Higuera’s moving middle-grade sci-fi novel The Last Cuentista. As the last storyteller of the 24th century, Petra uses her talent for telling cuentos — imaginative and sometimes allegorical tales of rabbits, crows, foxes, kind viejos and fire snakes — to combat an absolutist regime that wants to erase all of human history and diversity.

While The Last Cuentista is set on exoplanet Sagan, centuries into the future, Donna Barba Higuera is very much a real person — an optometrist and writer based in Issaquah — living on Earth in the 21st century. But lately, her life has been feeling a little like a sci-fi fantasy that has transported her to a new planet of literary fame: On January 24, the American Library Association awarded The Last Cuentista, her second novel, both the John Newbery Medal, one of the most prestigious awards in children’s literature, and the Pura Belpré Children’s Author Award, which celebrates Latinx writers portraying the Latinx cultural experience.

“I am still a little bit in a dream state,” Barba Higuera says while sitting at a small writing desk in her Issaquah living room. Behind her hangs a map of Puget Sound and on the shelf behind her sits a stack of copies of her 2020 debut novel Lupe Wong Won’t Dance. “I’ve never heard such a thing: My phone sounded like it was singing from all the different notifications I was getting,” she says.

An emotional page-turner that delivers a steady dose of adventure, the book is replete with oxygen helmets, spaceships, futuristic “bio-loaf” food, downloaded consciousness and an exoplanet full of underwater butterflies and bizarre plants. But, like any good futurist exercise, The Last Cuentista (published by Levine Querido in fall 2021) also feels scarily prescient. Written before the latest wave of book-banning efforts, the novel has struck a contemporary chord with the way in which it celebrates knowledge and history and the quest to preserve it — both the good and the bad.

“I know stories can’t always have happy endings,” Petra thinks to herself in a dark moment. “But if there are chances for us to do better, we have to say out loud the parts that hurt the most,” she decides.

This past week, The Last Cuentista became one of the fastest-selling titles at indie bookstores around the country, selling out at various stores. “They’re frantically printing more copies,” Barba Higuera says. “There are a lot of supply chain issues, and getting those copies in the actual hands of readers presents a little bit of a challenge, but they will get here.” (Before that, the book had already been racking up readers and accolades, appearing on virtually every best-of-the-year list by publications including Time, Wall Street Journal and Publishers Weekly.)

Our Saturday morning interview is Barba Higuera’s gazillionth Zoom call of the past week. As an author, she hasn’t known any other publicity platform. Her entire literary career unspooled during the pandemic.

When COVID-19 started spreading across the world in the spring of 2020, Barba Higuera wasn’t yet a published author. Her first middle-grade novel, Lupe Wong Won’t Dance —  the humorous adventures of a middle schooler from Issaquah who is determined to be the first female pitcher in the Major League — came out in September 2020. “I was so excited to go to different bookstores and talk about how much I love this area. And it didn't happen,” she says. “And then my next book came out, which was a picture book [El Cucuy Is Scared, Too!, 2021]. I was excited to go talk to kindergarteners and first graders and second graders, and then that didn't happen.”

While she still may have to wait a while for her first in-person book tour, she's thrilled by the possibility. “So much has transpired,” she says. “I’ve gone from basically having nothing out at all, to winning the Newbery Award. That’s like this hyperspace transition.”

Donna Barba Higuera will discuss The Last Cuentista in a Facebook Live conversation hosted by Edmonds Bookshop on Feb. 1, 2022 at 6 p.m., and a Zoom event hosted by Roundabout Books & Café on Tuesday, Feb. 15, 2022, at 6 p.m.

Barba Higuera’s own tale starts something like this: Había una vez, in the 1970s, a young girl growing up in Central California had an imagination more expansive than the surrounding oil fields.

In the former “sundown town” of Taft, a small city in the foothills of the San Joaquin Valley, Barba Higuera says she stood out as a Latina, navigating two cultures and two languages. This personal history shimmers through in The Last Cuentista, where Spanish words — piñon, panadería, pobrecito — and sentence fragments are interspersed with English. Instead of italicizing or translating, Barba Higuera incorporates them as part of Petra’s stories and stream of consciousness, much like the “Spanglish” she herself speaks.

“I wrote the book how I heard the book in my mind,” she says. “I worked really hard to try and allow someone to be in my mind and to see what it feels like to navigate two languages.” With context clues, she adds, English-speaking readers can figure out what's going on and what's being said, “to show that we're not so far apart, that we can figure things out and understand one another.”

Just like Petra, Barba Higuera grew up among storytellers: her abuelita — Petra’s grandmother, Lita, plays an important role in the book — and father were adept at embellishing the centuries-old tales that had been passed on for generations.

And just like Petra, Barba Higuera’s imagination ran wild. She used to sneak out to the cemetery behind her house to ponder the headstones and come up with stories about the people who rested there. One time, when a neighbor asked her what she did the previous night, Barba Higuera told her a UFO had landed in the front yard. “I didn't intend for it to be a lie,” Barba Higuera says. “It was just my imagination wanting to go to a different place.”

Now 52 years old, Barba Higuera still lets her imagination roam free. Recently, while digging in the garden outside of her Issaquah house, where she lives with her husband and one of four kids, she found a rusted metal pulley. “And by the time anyone got home … I had made up this whole story in my mind about what it actually was,” she says. “This could not possibly have been just from when they built the house — this was from a mining camp.” And that greenbelt near the house? “That’s haunted because I hear noises. Those aren’t raccoons, because that couldn’t possibly be the logical answer,” Barba Higuera says, laughing.

It was only in her 40s that she started letting these fantastical ideas “spiral out of control” into novels. “Writing is a craft and I had to learn it when I got older. But I’ve always been a storyteller,” she says.

Now, she says, writing has become her coping mechanism. “People will say: Are you writing these books for children? Obviously, they end up there. But I think that I may be writing them for my child self,” she says. “I think that mentally sometimes I'm still there, I'm still that kid living in the desert who needs to escape to another place.”

But fair warning: Barba Higuera’s mind sometimes seeks out some pretty frightening places. The Last Cuentista doesn’t shy away from dark matter: From a comet destroying Earth to brainwashing and “purging” (murder by another name) — despite an ultimately hopeful message, it’s a bit of a heavy book, the author admits.

“I think it should come with a bit of a warning for the young ones,” she says. Nonetheless, she says, “sometimes we need those books as children to help us cry and process emotions.”

Barba Higuera is already at work on two new books, one of which is another dystopian, magical realist middle-grade novel in which animal-shaped drones carry the consciousness of children banned from society.

Much like in The Last Cuentista, things may get dicey and dark, but Barba Higuera is an expert at peering into our souls, where she always finds a glimmer of hope and humanity.

That hopeful note was exactly what she needed while writing the book, Barba Higuera says. She wrote the final chapters in the early days of the pandemic, getting up early every morning before heading to her practice as an optometrist, worried she’d catch COVID-19 and bring the virus home.

In hindsight, Barba Higuera says, The Last Cuentista’s open-to-interpretation but somewhat happy ending was her way of “imposing my hope that we are going to come out of this and that everything is going to be OK.” 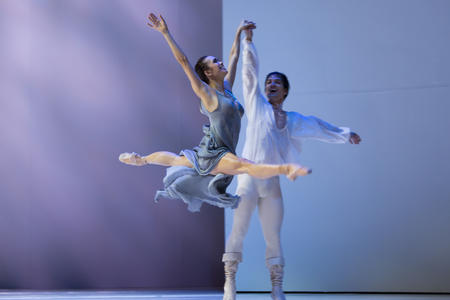 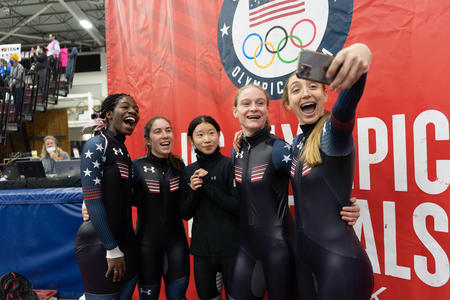 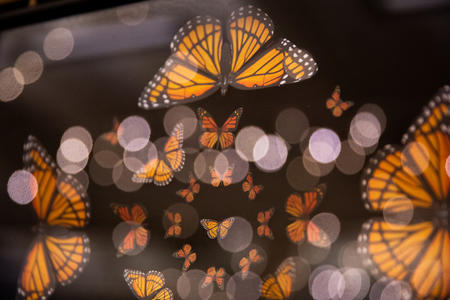