Plus, a new local partnership with Bill T. Jones, a book of essays by Rebecca Brown and picks from the Seattle Jewish Film Festival. 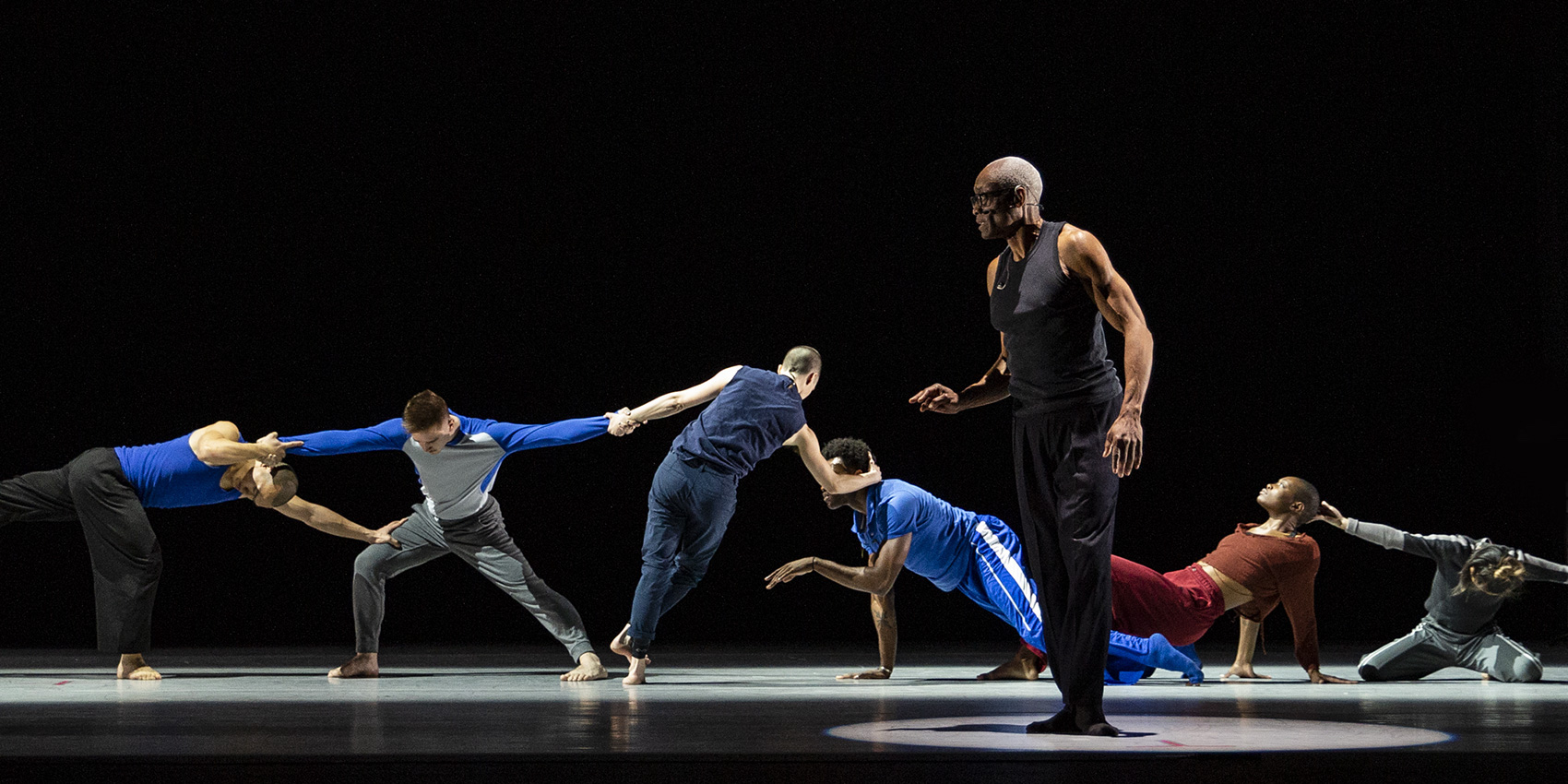 Illustrious choreographer, director and writer Bill T. Jones (standing, wearing black) presents his new work ‘What Problem?’ at Meany Center in Seattle, where he has embarked on a new, yearlong position as artistic associate. (Maria Baranova)

After watching so many wonderful dance films over the past two years (a positive outcome of all that pandemic pivoting), it felt both novel and nostalgic to return to live, on-stage, indoor dance at McCaw Hall last weekend.

I was there for Pacific Northwest Ballet’s Plot Points (live through March 27, online March 31-April 4), a strong slate of contemporary pieces that includes “Before I Was,” a beautiful world premiere by Robyn Mineko Williams. This meditation on the lives we inhabit over time features haunting original songs sung on stage by Macie Stewart and Sima Cunningham. “I made myself smaller and smaller and smaller and smaller,” they incant, in harmony, “ ’til I was a pebble in someone else’s shoe.”

Also on the bill is the Hitchcock-inspired yet utterly original “Plot Point” by Crystal Pite, the Vancouver, British Columbia, choreographer of whom I am a gushing fan (I did an obsessively close read of her work in 2018; her company Kidd Pivot is performing a gobsmackingly good piece in Vancouver next weekend).

And it was truly a delight to see “Caught,” David Parsons’ nifty visual trick that relies on strobe lights — and the mind-boggling athleticism of Kuu Sakuragi, on the evening I attended — to capture a dancer moving across the stage, seemingly always midflight. Being in the same room was a necessary part of the magic. 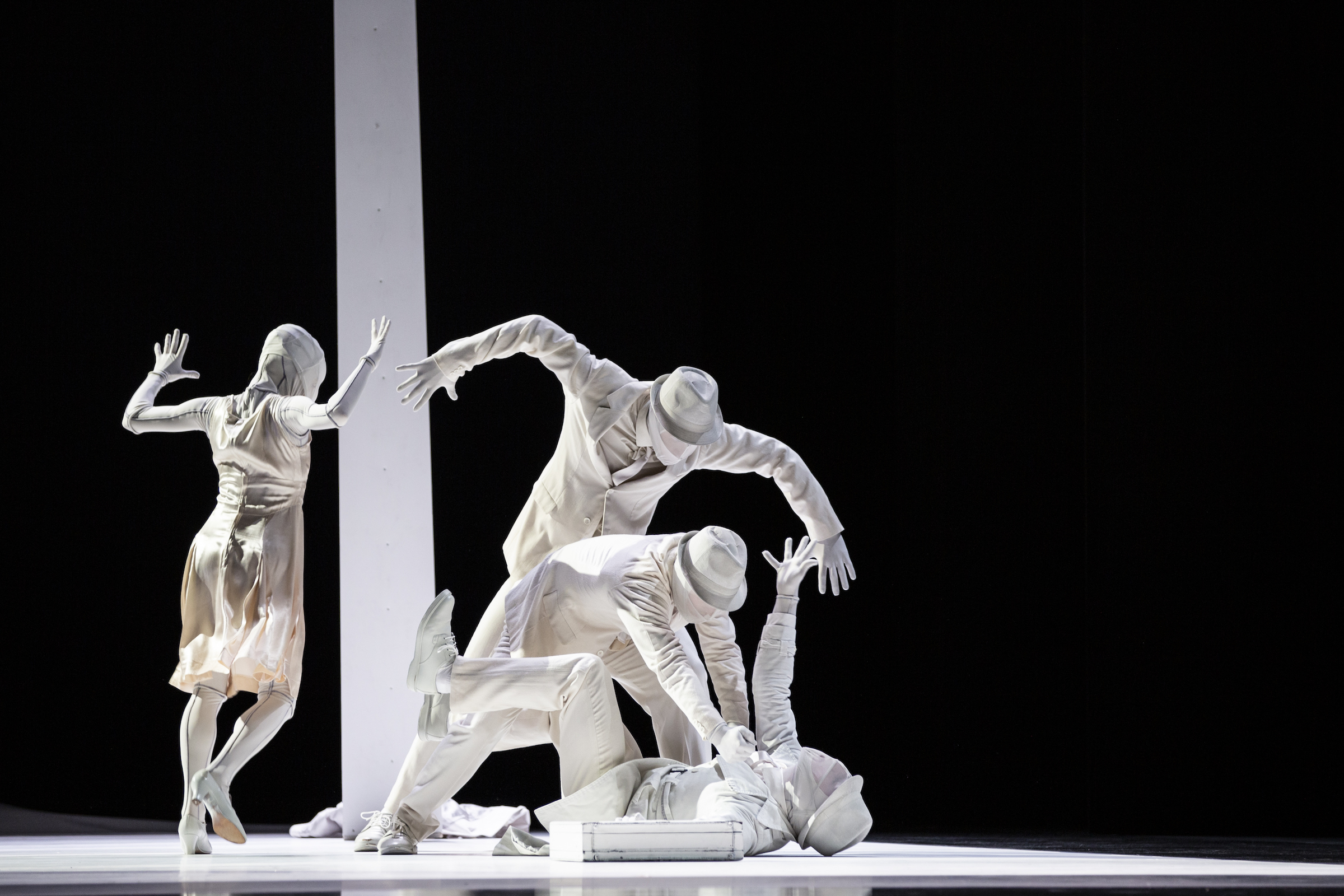 Seattle audiences have a couple more ways to experience in-person dance magic this weekend, with visits by two superstar companies. The Alvin Ailey American Dance Theater arrives at the Paramount Theatre (March 26-27) to present several different mixed bills showcasing the company’s 60-year history — including Blues Suite, which launched Ailey’s career in 1958 (he died in 1989), and the epic, unforgettable Revelations, which employs spirituals, blues and gospel music to embody the grief and joy of the African American experience.

And the phenomenal Bill T. Jones/Arnie Zane Company will perform at the Meany Center at the University of Washington. In his newest work, What Problem? (March 24-28), choreographer, writer and director Jones contemplates several texts, including Martin Luther King Jr.’s “I Have a Dream” speech, The Souls of Black Folk by W.E.B. Du Bois and Herman Melville’s Moby-Dick, specifically the character of Pip, the Black cabin boy who goes “mad” after being stranded at sea.

The performance marks an exciting new creative partnership — one that will bring fresh dance vision to Seattle. New York-based Jones is the Meany Center’s new artistic associate, a one-year position during which the choreographer — now 70, with a metaphorical mantel boasting a MacArthur Fellowship, Kennedy Center Honors, the National Medal of Arts and two Tony Awards for choreography (Fela! and Spring Awakening) — will develop a series of new productions (details to be announced this June).

For now, you can get to know Jones in What Problem?, in which he performs, and about which he has said, “These ideas collide in my mind and my creative self like tectonic plates. Tectonic activity creates land formations, volcanic eruptions and rearranging of whole continents.” 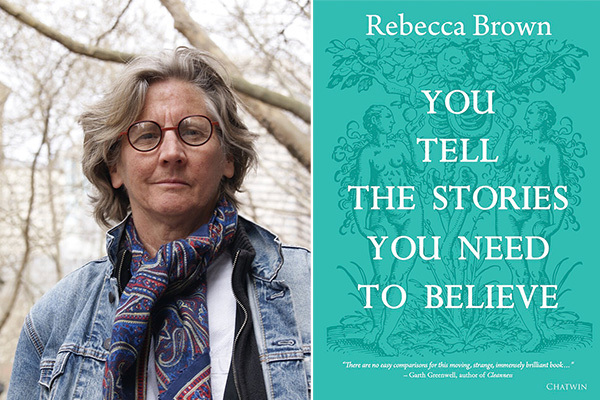 Jones’ geologic way of talking about creative mental movement reminded me of the book I just finished: a mini but mighty volume by longtime Seattle writer Rebecca Brown. I’ve appreciated her work since I first took creative writing classes with her at Hugo House (which may have been during the last century). Her voice — conveyed in plainspoken, minimalist prose — has a way of putting you in the spellbound mind-state of a fairy tale, where details are strange yet accepted.

Brown’s new book, You Tell the Stories You Need to Believe, consists of four essay-memoir-almanac entries, each addressing a season. Earlier versions of each chapter appeared in The Stranger, and Brown will discuss the book with former Stranger editor Christopher Frizzelle during a virtual reading via Elliott Bay Books (March 29 at 6 p.m.).

She starts out matter of fact: “Spring is when the light starts coming back,” then shifts and shimmies up against childhood memories, Denise Levertov’s poetry, Stravinsky’s Rite of Spring, and the Garden of Eden, all the while hopping between first- and second-person narration, stones in this stream of consciousness. Like Bill T. Jones, Brown brings Melville and Moby-Dick into the boat, and draws some conclusions before swimming away: “The summer is knowing that nothing you sense, no matter its beauty or seeming longevity, will last.”

Which reminds me of Margaret Herrick, the Spokane-born Yakima librarian who went on to run the academy for 30 years. As I wrote in 2018, she was instrumental in getting the Oscar ceremony televised in the first place, starting in 1953 — a tough pitch in those days, when movie studios preferred to keep their stars off television out of fear that people would grow tired of seeing them.

This year you can watch the Oscars along with Seattle radio station KEXP, where DJs Marco Collins and Evie will be doing a special Academy Awards-themed show (March 27, 3-6 p.m.) featuring Oscar-nominated music, award-winning soundtracks, and assorted red carpet commentary from the DJ booth at Seattle Center. 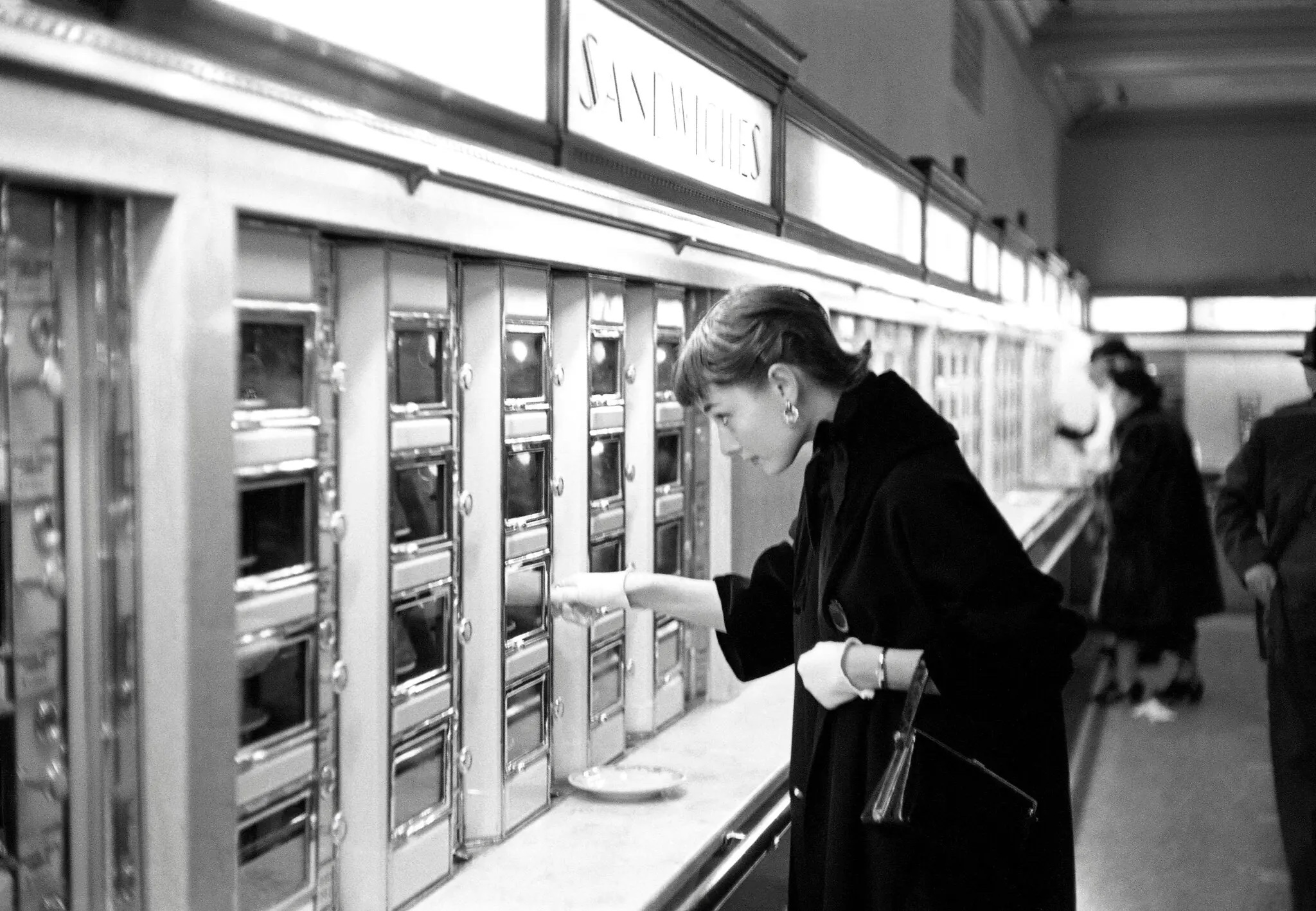 Or you might choose to attend a local film festival instead.

The Seattle Jewish Film Festival (March 24-April 10) is back in hybrid form, with a wide array of internationally made movies about topics factual and fictional: coming of age on a kibbutz, fighting anti-Semitism, selling weed from a nursing home and bringing Fiddler on the Roof from stage to screen.

One of this year’s picks has local roots: The Automat, by Lisa Hurwitz, who while attending Evergreen State College worked as a projectionist at Olympia’s Capitol Theater. She went on to direct the Olympia Film Festival, and later worked at the Seattle Jewish Film Festival herself.

Now based in New York, Hurwitz returns to Seattle via her documentary about the legendary Horn & Hardart automats — self-serve cafeterias with vending machines that served up hot stew, mashed potatoes, pie, coffee and much more. Featuring remembrances from Colin Powell, Ruth Bader Ginsburg, Mel Brooks and Howard Schultz, the film argues that the automat (popular from the 1930s through the 1960s) offered a democratic way of dining out. Bon appétit!