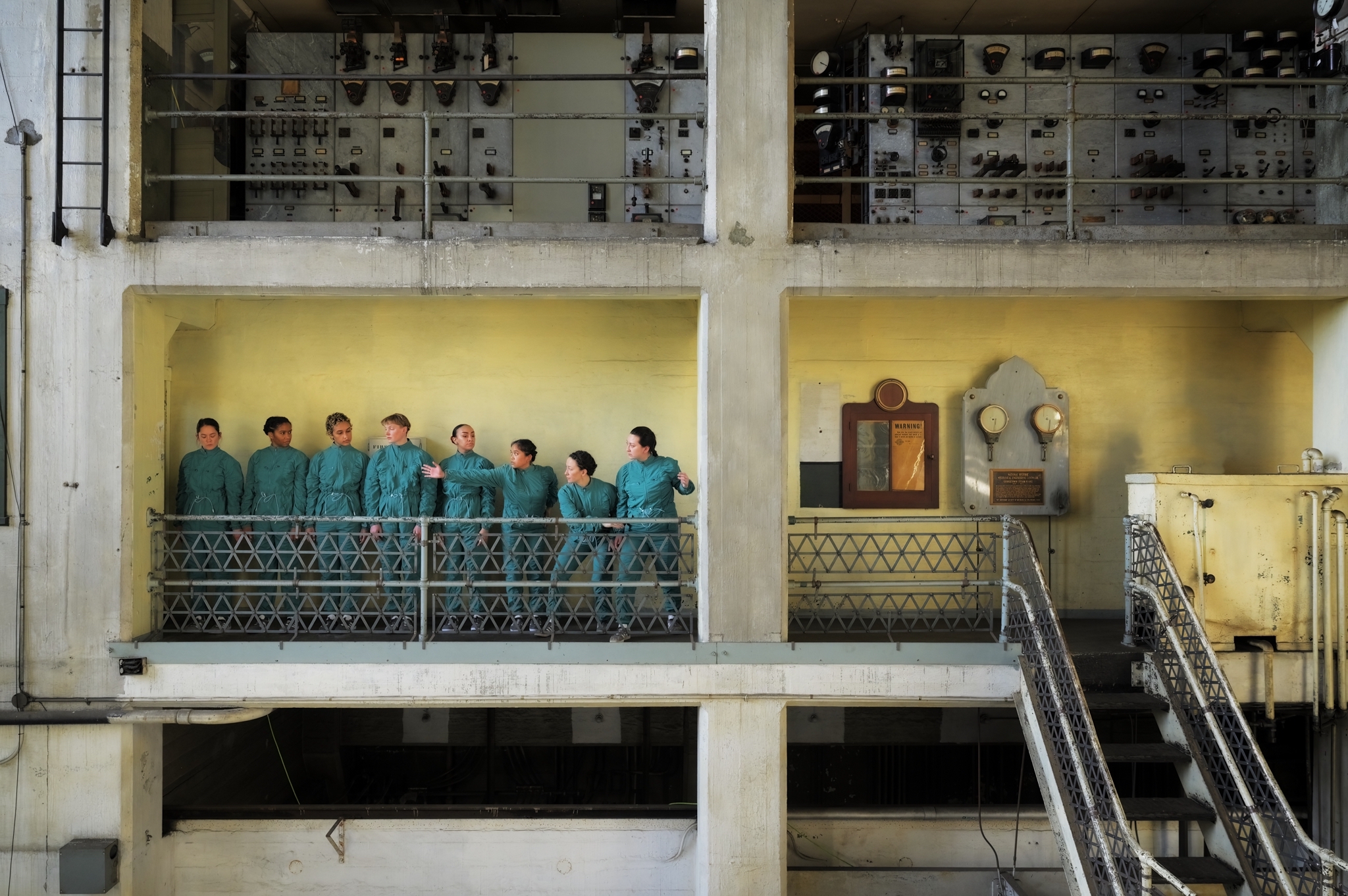 Seattle dance company Malacarne will perform inside and around the Georgetown Steam Plant (April 30 and May 1, 2022) just before the National Historic Landmark reopens to the public after a two-year hiatus. (Joe Iano)

Seattle artists have never met a big, old, decrepit building they didn’t like. These once-thriving, long-neglected spaces are catnip for creative minds — beckoned by the cinematic atmosphere and the histories absorbed into the architecture. Art made and presented in such places can spark new ways of thinking about the structures, connecting contemporary viewers to people who moved through the space in the past. (See also: the recent transformation of the Harbor Island flour mill complex into a film studio.)

One of my favorite pairings of new art with old buildings heralds from 1997, when the Seattle-based Young Composers Collective (members of which morphed into the Degenerate Art Ensemble) performed an original score for Fritz Lang’s seminal film Metropolis in front of the rusting structures at Gas Works Park. An estimated 10,000 of us sat on kite hill, opposite a makeshift outdoor movie screen, as the real-life tableau of outdated industry added new layers to the 1927 film about factory workers in a sci-fi dystopia.

Twenty years later, in 2017, the Degenerate Art Ensemble performed a different slate of music along the catwalks of the Georgetown Steam Plant — another hulking point on Seattle’s outmoded-energy-tech timeline. The plant began to clank and hiss in 1907, hydropowering Seattle streetcars, as well as the Interurban Railway to Tacoma. Now a National Historic Landmark, it’s being transformed into a major arts facility. Crosscut reporter Margo Vansynghel wrote a story about the $10 million plans … which we published on March 2, 2020.

Like most everything else, the steam plant stalled with the onset of the pandemic, ceasing guest performances and monthly public tours (and delaying most of the plans). The art hub makeover has a long way to go, but after a two-year hiatus, the plant is reopening for open houses and special events. The first post-pandemic performance happens this weekend, staged by Seattle contemporary dance company Malacarne.

Sporting coverall uniforms, the Malacarne crew — helmed by Italian American choreographer Alice Gosti — will perform this is concrete II among the vast array of turbines and tubes (April 30 and May 1; presale has ended, but tickets are available at the door). Gosti is known for her “durational” works, which extend well beyond standard performance times. So each night, the performance will take place over five hours. Don’t worry, you can drop in and out whenever you like. Or concoct your own industrial dance during Georgetown Steam Plant’s next monthly open house (May 14, 10 a.m.-2 p.m., tours at 11 a.m. and 1 p.m.). 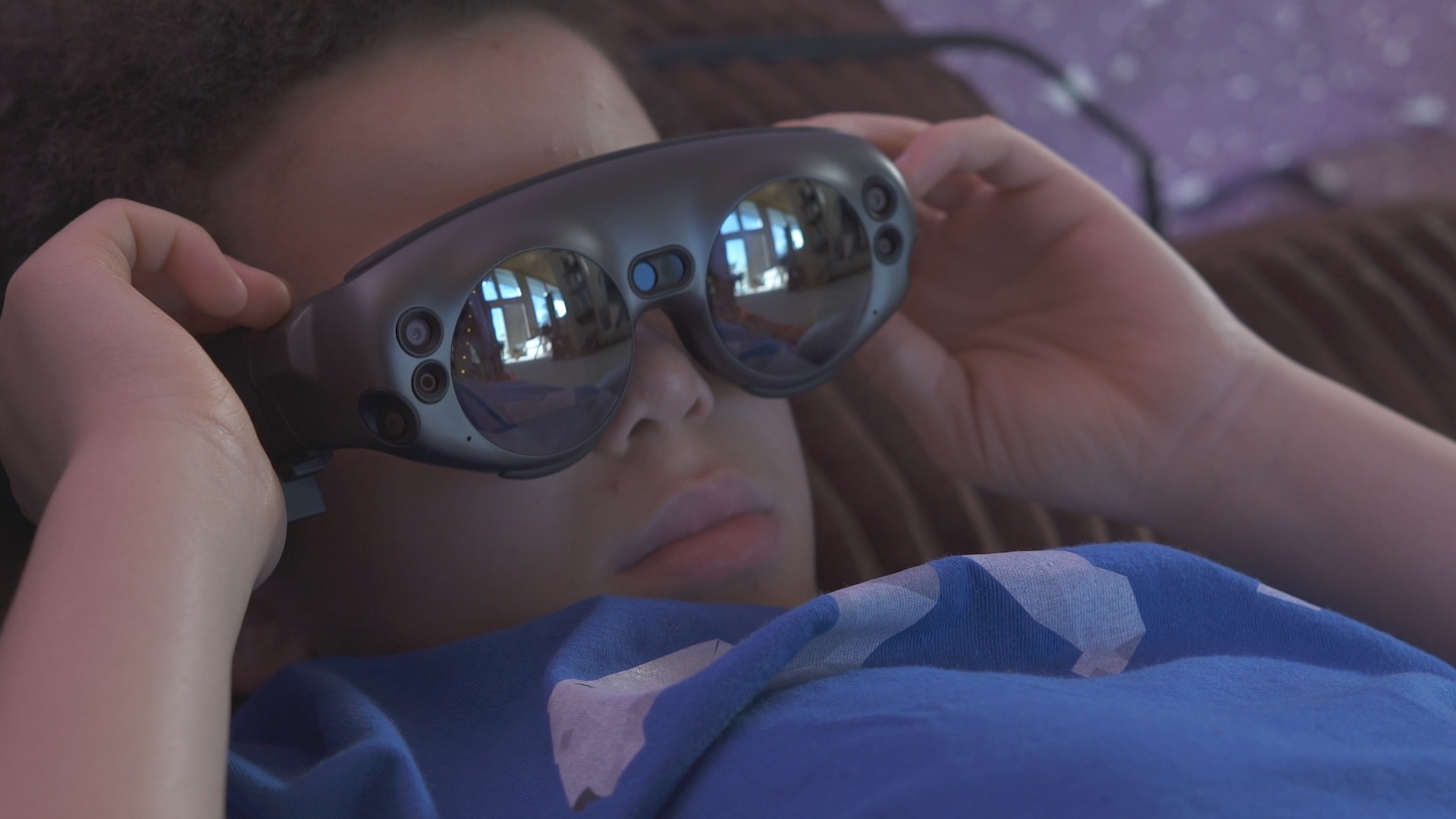 In ‘Creak!’ by Northwest filmmaker Tifa Tomb, a young boy (played by Kai Tomb) finds solace in the creative VR game his mother developed before she died. The short screens as part of the Seattle Black Film Festival. (Tifa Tomb)

In ‘Creak!’ by Northwest filmmaker Tifa Tomb, a young boy (played by Kai Tomb) finds solace in the creative VR game his mother developed before she died. The short screens as part of the Seattle Black Film Festival. (Tifa Tomb)

If you want to keep the independent films rolling, you’re in luck. The Seattle Black Film Festival runs this weekend (April 29-May 1), in person at the Langston Hughes Performing Arts Institute after two years of a virtual festival. For those who’ve gotten comfortable on the couch, some of this year’s films and panels will also be streamed online.

As usual, the offerings are a rich mix, including documentaries on Black-owned breweries, the “Big Chief” Mardi Gras tradition and the Proud Boy uprising that occurred in Snohomish on May 31, 2020 (What Happened on First Street). There’s a particular wealth of short films, on topics from police brutality to queer Black boyhood to becoming a Black lawyer.

One of the shorts I watched, by Crosscut contributor Tifa Tomb (whose short film Retch won Best Film at SBFF in 2020), is a bittersweet slice of life called Creak! In it, a boy grieving the death of his mother finds solace in origami, tessellations and the virtual reality game his mother developed for him before she passed. The game asks him to imagine different scenarios for sounds — a creak might be a swing set or rocking chair — imagery that comes alive on film thanks to local animator Neely Goniodsky. It’s lovely, and had my ears attuned to environmental sounds for hours afterward. 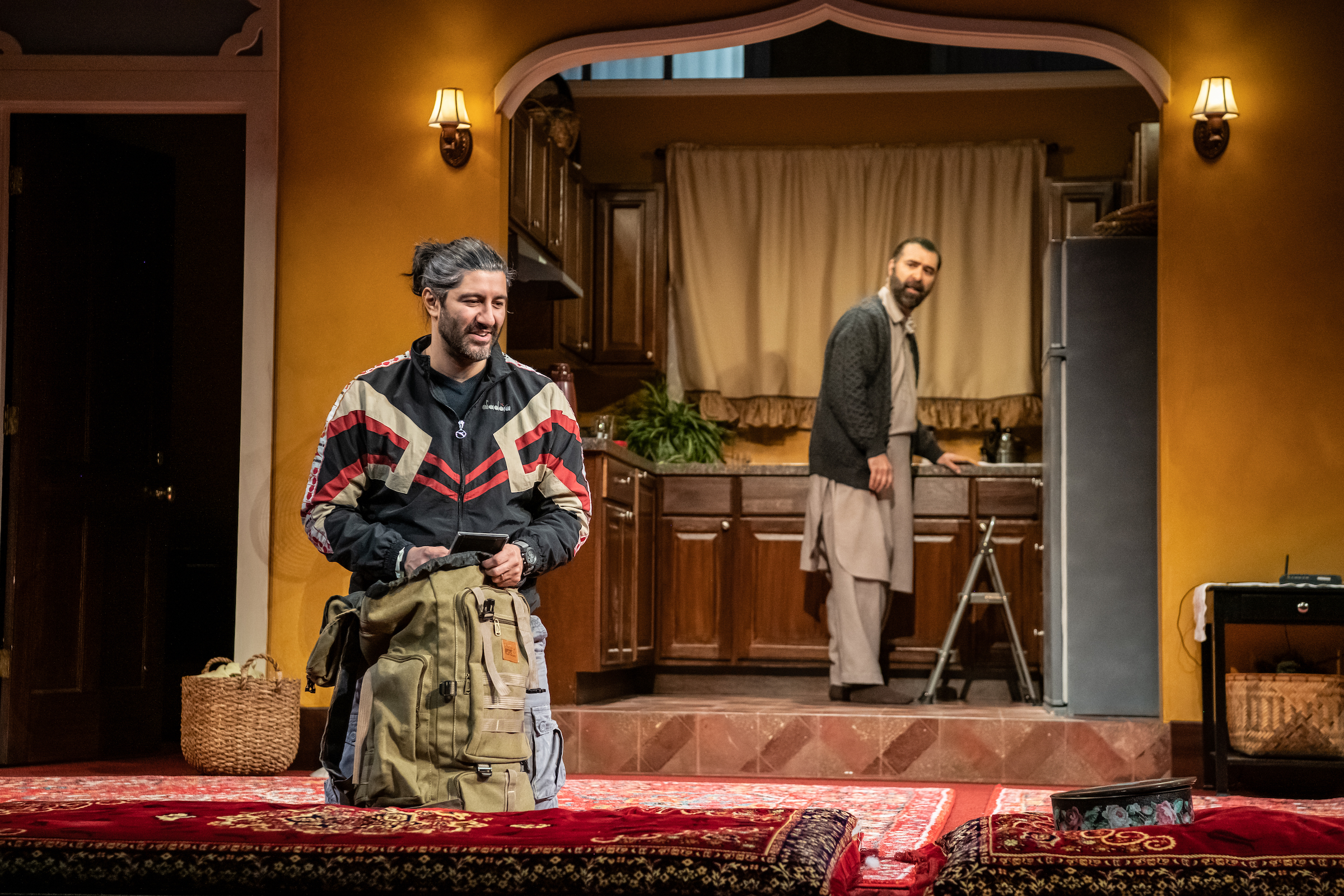 More things to do in Seattle as April slips into May …

• That rumbling you hear is the sound of actors stampeding back onto the boards at local theaters. There are so many plays on Seattle stages right now, including: Lynn Nottage’s Pulitzer Prize winning Sweat, about how working class economics affect working class friendships (directed by John Langs at ACT Theatre, April 29-May 22); Sylvia Khoury’s Selling Kabul, about an Afghan interpreter dodging the Taliban after the U.S. withdraws from the war (directed by Seattle star Valerie Curtis-Newton at Seattle Repertory Theatre, through May 22); and Seattle Shakespeare Company returns with a comedic romp, Much Ado About Nothing, directed by local fave Allison Narver and written by you-know-who (Center Theatre at Seattle Center, through May 22).

• It’s once again Independent Bookstore Day (April 30), so write up your must-reads and support your favorite indie bookshop (perhaps the newly relocated Open Books?). Bonus for 2022: the “passport challenge” is back, and to avoid overcrowding, this time you have 10 days to collect stamps from all over town.

• Lastly, if you’ve been missing the tongue-in-cheek, heavy-in-metal dance extravaganza known as Buttcracker since it waved its devil-horn hands goodbye in 2019, take heart: co-producers and dancers Diana Cardiff and Sara Jinks are back with Space 50 (Erickson Theatre, April 28-May 1). This new variety show features contemporary dance and performance along the theme of the final frontier, with beloved local dancers performing works from scintillating to silly — about Carl Sagan, little green men, Shinto sun/moon deities and the “Planet Identity Politics” of Pluto’s status downgrade.