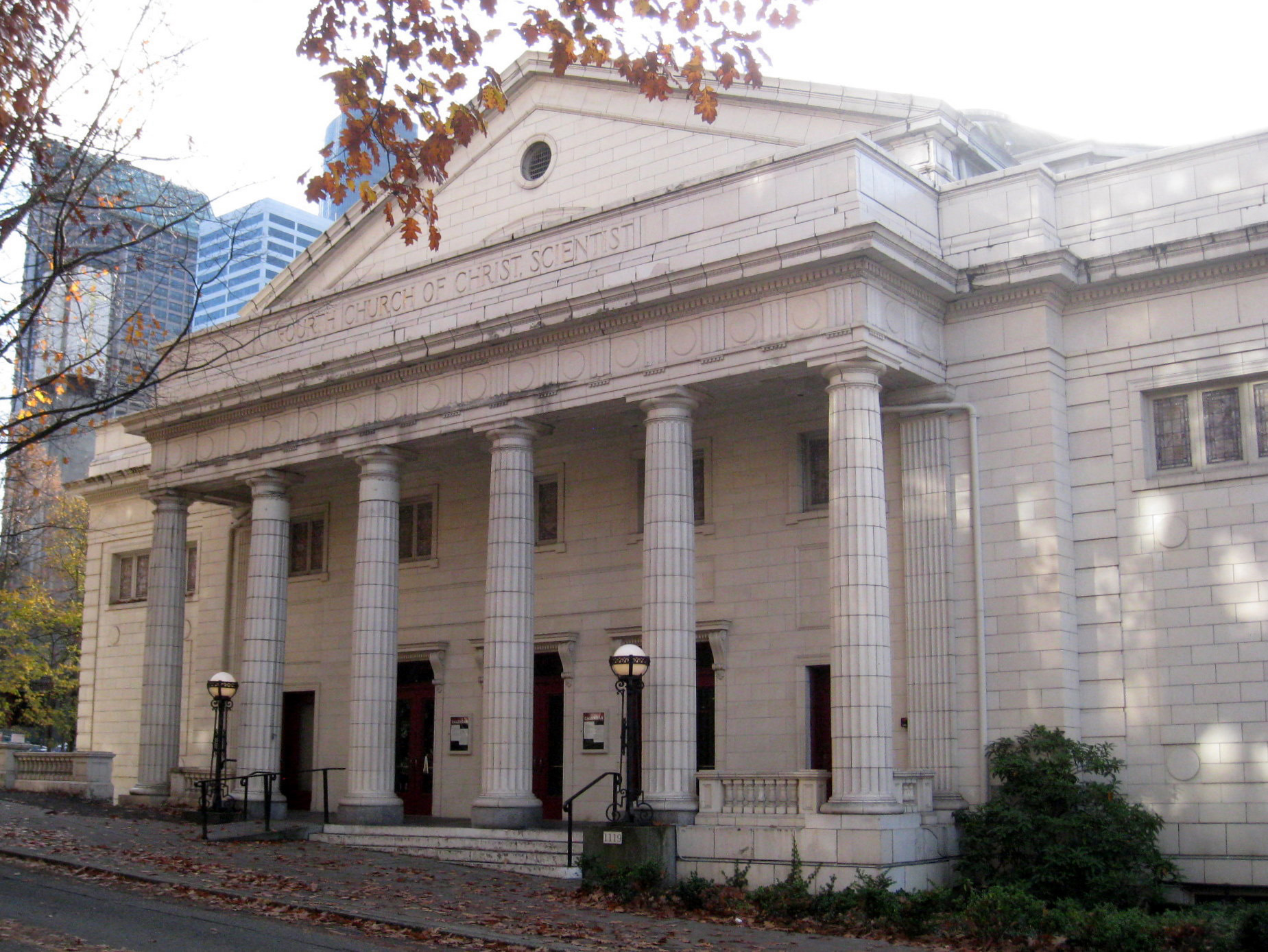 Town Hall Seattle completed a $35 million renovation in 2019. Now the organization is kicking off an annual citywide literary festival inside the historic space. (Courtesy of Town Hall)

As we enter the third-booster phase of the coronavirus pandemic, Seattle’s literary scene has slowly been finding its feet again. Bookstore reading calendars have begun to expand, big-name authors have gingerly stepped out on national tours to support new books and customers that financially supported Seattle-area bookstores throughout the pandemic are slowly and hesitantly returning to in-person events.

And this weekend, Town Hall Seattle hopes to fire a kind of starting pistol for the fall reading season: a series of bookish events that Town Hall Executive Director Wier Harman characterizes as a “writers festival.” Produced in conjunction with more than a dozen local literary organizations, this inaugural happening is called Volume 1: Humble Beginnings.

“In some ways the pandemic has been fertile time to be a reader,” Harman says, “but it’s not been a very good time to engage in the joy of being together with other people who love reading as much as you do.”

Harman says that in his 17 years at Town Hall, reviving a citywide literary festival has always been top of mind. Fans of the Northwest Bookfest, the big-name book festival which served as an annual fixture on the literary scene for nearly a decade until it unceremoniously collapsed in 2004, will recognize the contours of Volume. On Friday, September 16, after an invocation from Seattle Civic Poet Jourdan Imani Keith, popular science writer Siddhartha Mukherjee will deliver a keynote address, take questions and sign copies of bestselling titles like The Gene: An Intimate History and The Emperor of All Maladies.

Throughout the day, restaurants from Tukwila’s Spice Bridge food hall will offer Senegambian and Cambodian fare, and an array of food trucks (including Cute Dumplings) will add to the culinary options. Third Place Books will sell titles by Volume authors at an eye-popping $10 apiece — including the latest hardcovers, which typically sell for nearly $30 these days — and partnering literary organizations such as Hugo House and Seattle Escribe will be onsite to meet the book-loving public.

The whole festival concludes with a “nightcap” conversation between two of the funniest women in publishing today — Seattle novelist Maria Semple and humorist Sloane Crosley. (Attendees can purchase tickets for either Friday, Saturday or a two-day pass.) 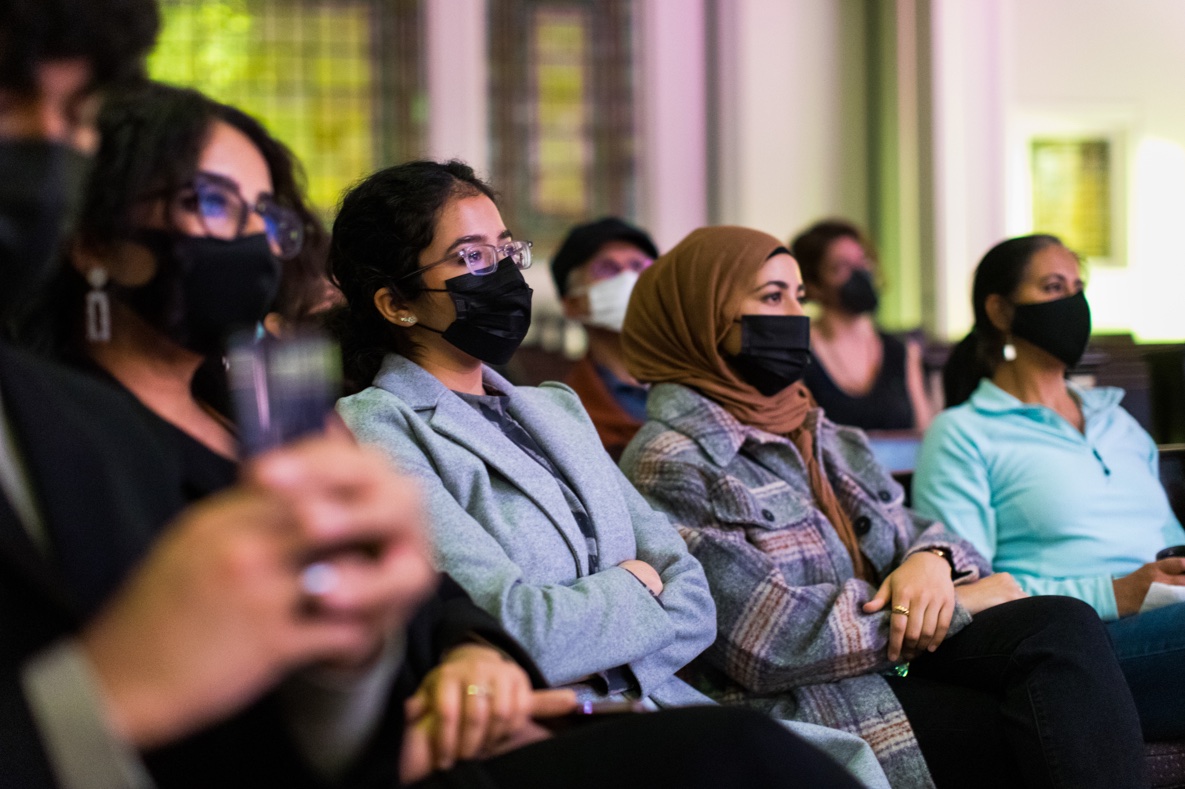 With the new literary festival Volume, Town Hall aims to bring book-loving audiences back together to celebrate writers and writing.

With the new literary festival Volume, Town Hall aims to bring book-loving audiences back together to celebrate writers and writing.

While Seattle has a slew of smaller and successful targeted festivals like Short Run, the Seattle Urban Book Expo, the Seattle Antiquarian Book Fair and Emerald City Comicon, Harman argues that a UNESCO-certified City of Literature like Seattle deserves “a rallying point and a celebration of that designation” as well as of  “the community of folks invested in writing, reading, and the whole ecology of love for the printed word.”

To Harman, a festival of that size requires a big, inclusive tent. Seattle Urban Book Expo is a partner, and Seattle’s City of Literature organization will help close out the festival. Even the festival’s subtitle, Humble Beginnings, he says, “quite literally is just about the fact that it’s a little smaller than we hope it will be in the future. We hope other organizations will pick up with us in the future and build something collaborative” that stretches across the city.

In June of this year, Town Hall hired local playwright, arts consultant, and memoirist Susan Lieu to produce the festival. Lieu, who wrote, starred in, and produced the popular one-woman show 140 LBS: How Beauty Killed My Mother in 2019, has experience conjuring an arts event out of thin air. “I took my show on a 10-city national tour that I organized by myself,” Lieu says. “I had to run my own press, I had to run my own tech and sell all my own tickets, and so it was like putting on a mini-festival in cities where I didn’t know many people.”

For the past few months, Lieu has been coordinating publicity, author hospitality and relationships with Seattle arts organizations like Clarion West. Her tasks include organizing flights and accommodations for nationally known authors like A.M. Homes and Lan Samantha Chang and ordering festival merch, including tote bags and T-shirts emblazoned with the slogan “Talk wordy to me.”

Putting on an arts festival is an incredibly expensive endeavor — Northwest Bookfest was killed by a lack of funding — and nonprofit arts organizations have been spread even thinner than usual over the course of the pandemic. Serial local arts sponsors like the Tulalip Tribes and Amazon Literary Partnership have backed Volume, and Lieu praises the Kerry & Linda Killinger Foundation in particular as the event’s founding sponsors. She also says Alaska Airlines and the Sorrento Hotel made the event possible by flying authors to Seattle and housing them while they’re here. 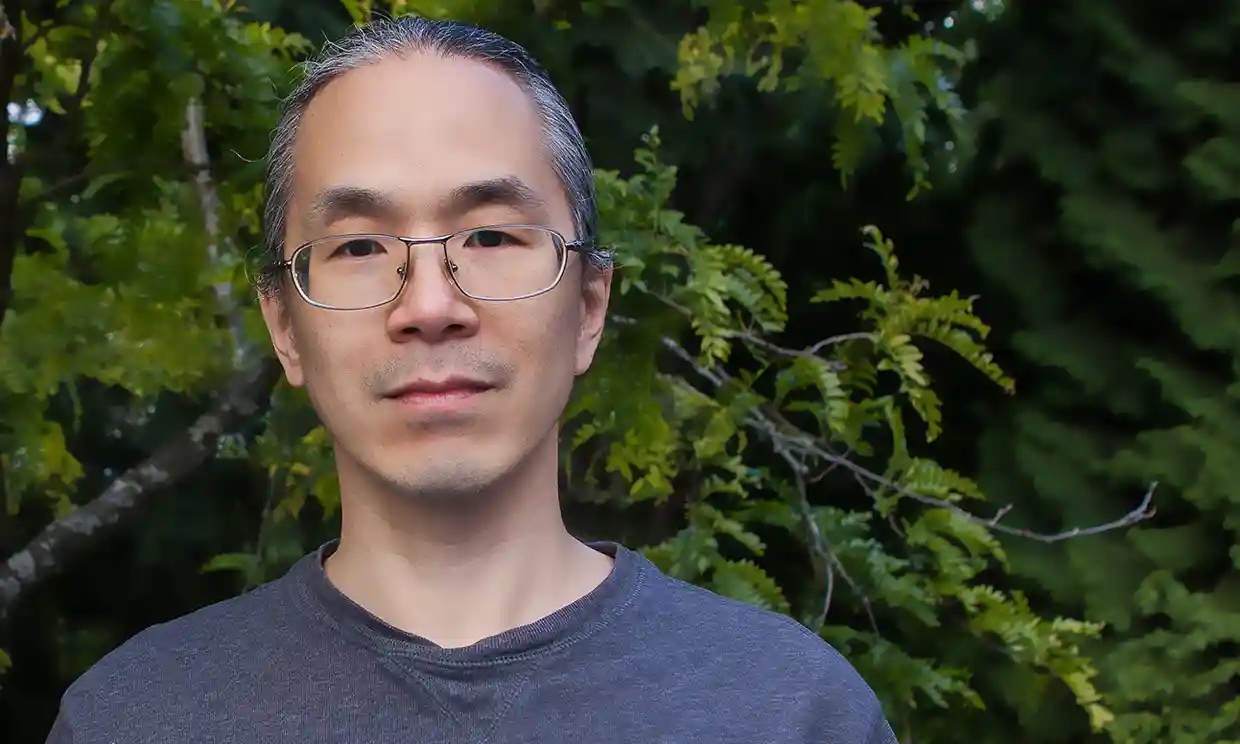 Bellevue science fiction writer Ted Chiang (“Exhalation”) is one of the local authors who will appear at the new Volume literary festival. (Penguin Random House)

Bellevue science fiction writer Ted Chiang (“Exhalation”) is one of the local authors who will appear at the new Volume literary festival. (Penguin Random House)

Notably, both Lieu and Harman refer to Volume as a “writers festival” rather than a book festival or an authors festival. Lieu explains, “I really hope that by having all those local literary organizations [involved], people can discover that their stories also matter, and that they can learn the craft themselves.” The message for attendees, she says, should be that “we can all be writers because we all have stories. There is a place for you, too.”

In the nearly two decades since Northwest Bookfest rolled over and died, an uncountable number of individuals and organizations have tried and failed to revive the concept of a citywide book festival. (Full disclosure: As books editor at The Stranger and as a co-founder of The Seattle Review of Books, I’ve sat in on eight to 10 different meetings over the years to discuss creating a new Seattle book festival. Only a handful made it to a second meeting, and zero progressed further.)

The problem always came down to abundance. In a book-loving city like Seattle, in which so many bookstores and literary organizations offered full calendars of literary events, it used to be that on any given spring or fall evening you could find three to seven literary events around town to meet any bookish taste. For much of the year, Seattle essentially hosted a literary festival five nights a week.

But with the pandemic and its lockdowns, Seattle’s never-ending literary party came to an abrupt halt. And as big corporate publishers swallow each other whole and engage in ferocious bouts of budget-cutting, it’s possible that the grand nationwide reading-tour tradition could become a quaint relic of pre-pandemic days.

We might just need a big, splashy book festival to ensure that Seattle’s literary scene continues to enjoy national prominence.

The idea behind Volume’s name is that with each annual edition the festival can return with a new theme. To build some institutional momentum, Harman convinced some of this year’s biggest donors to pledge funding for next year’s Volume 2. (He and organizational partners have already scheduled a postmortem to analyze this year’s festival and help improve next fall’s outing.) He hopes that with a year to prepare, the next Volume can be a truly citywide affair, with bookstores and organizations hosting their own events as part of the celebration and Town Hall at the center of the festival’s many spokes.

As Harman finishes his tenure at Town Hall (this past June he announced he’ll step down in December), he hopes that this writer’s festival will serve as part of his legacy. But for that dream to come true, readers have to show up this weekend and donors have to be willing to bankroll future expanded outings. “We really do have to see how it plays out, and to see if it’s something that people feel the need and the will to sustain,” he says.

“I hope that it will be a packed house this year so that our donors are excited and that this can continue,” Lieu says. “It really is an experiment to see if we can do this, and so the first year really matters.”

This is a very nerdy city,” Lieu adds. “I think it’s time that we came together and had our own ComicCon, or PAX West, or Bumbershoot — but for book nerds.” 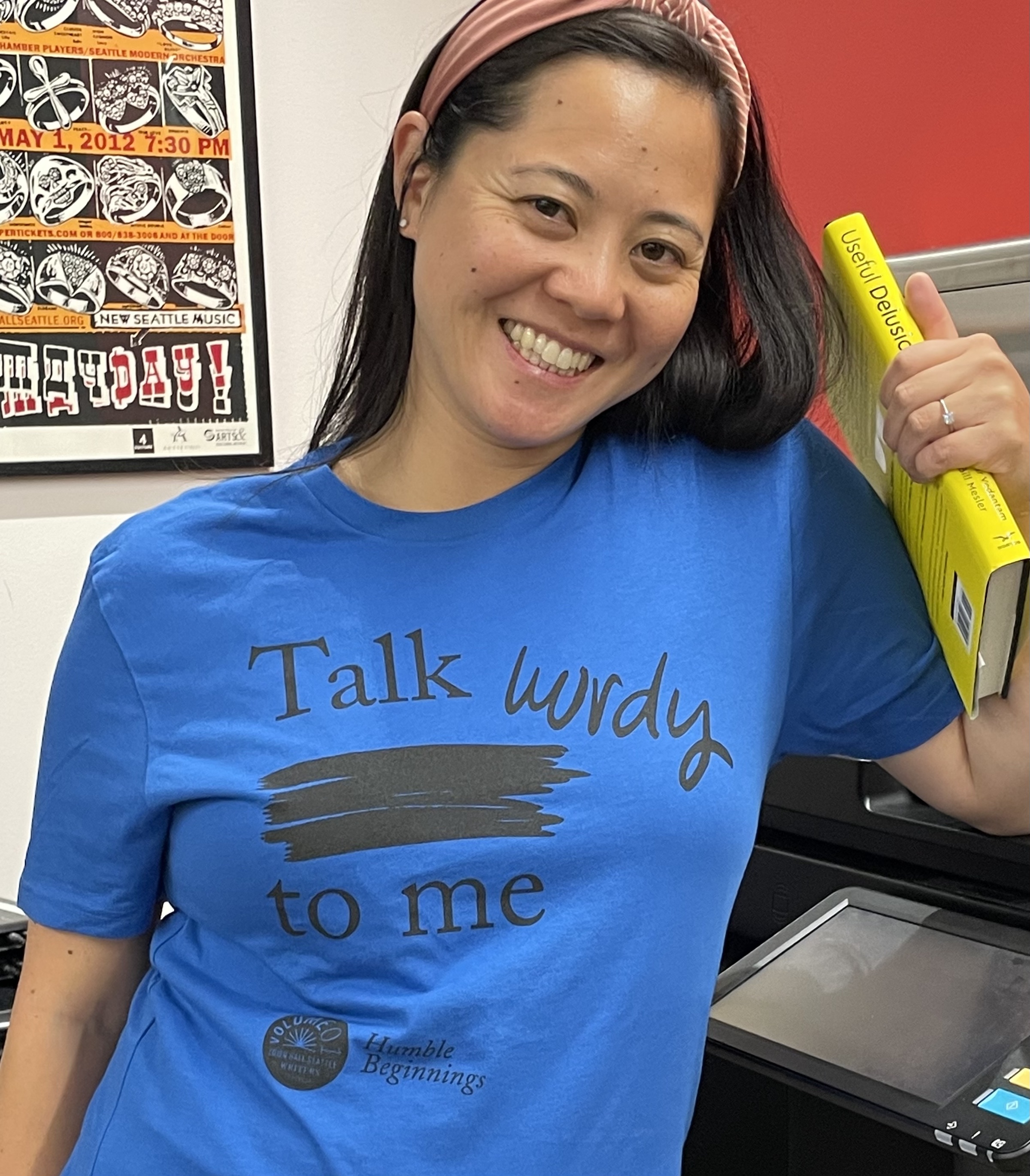 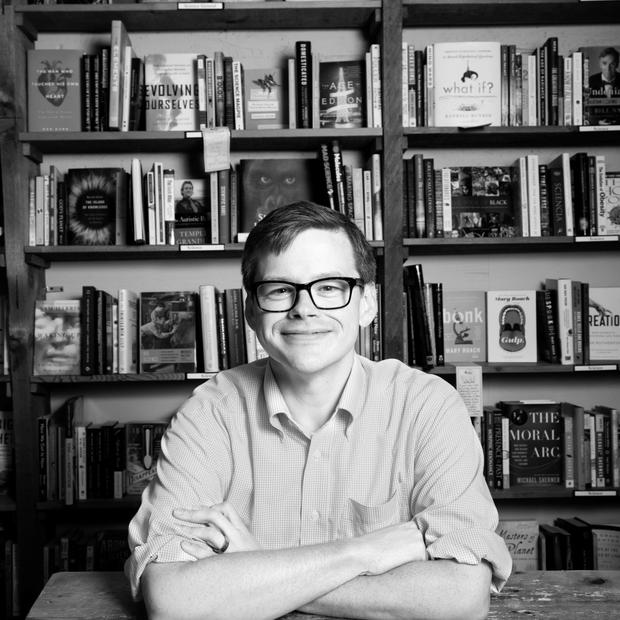