Things to do in Seattle this September 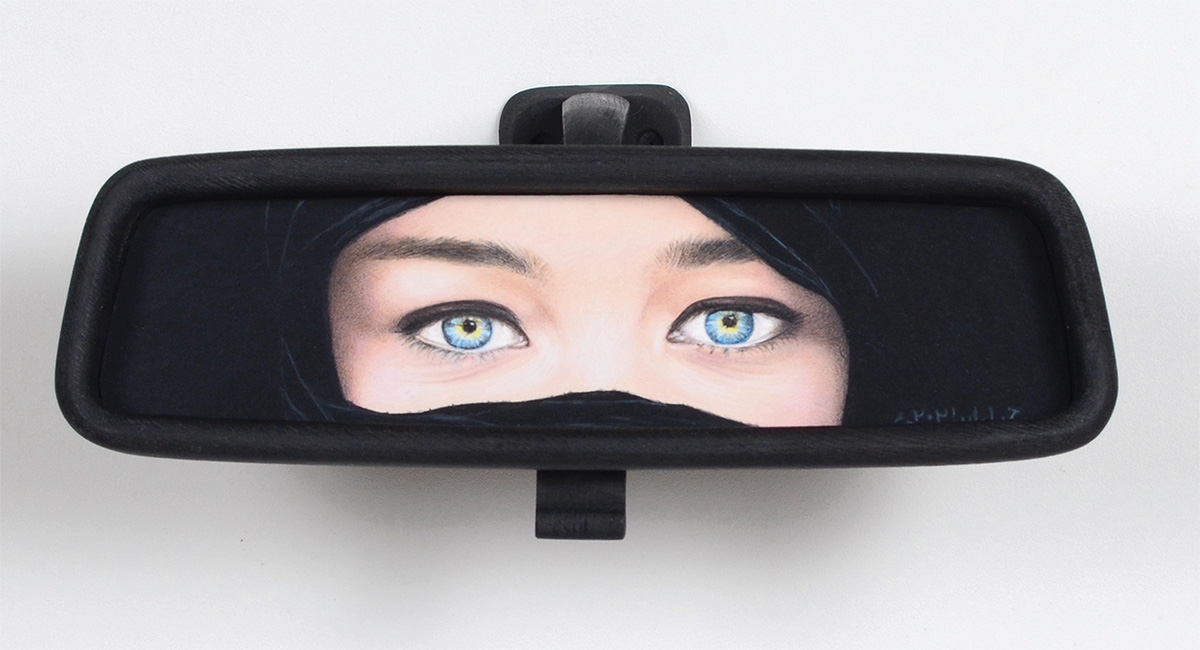 Humaira Abid’s “Tempting Eyes XV,” a reference to Saudi Arabia’s prohibition on women driving, will be on view in "Fight Like a Girl," her solo show of hand-carved and painted works at Greg Kucera Gallery this month. (Courtesy of Greg Kucera/Humaira Abid)

The art of carving

During the most recent edition of the Seattle Art Fair at Lumen Field, a pair of piercing eyes welcomed visitors to the gallery booth of Seattle gallery Greg Kucera. The eyes (belonging to a woman in a niqab) were painted on a piece of pinewood carved into the shape of a rear-view mirror. The artwork, by Northwest artist Humaira Abid, is part of a larger series of work on view in Abid’s solo show at the gallery’s Pioneer Square digs. In Fight Like a Girl, Abid showcases her talent for combining intricately carved wood facsimiles — from envelopes to origami to tiny cacti — with incisive political commentary.

Anyone who’s had the pleasure to receive (more like: collect) one of Curtis Steiner’s popular hand-printed greeting cards or delicate pieces of handmade jewelry knows that the Seattle designer-curator-artist knows his way around colors and shapes. The pandemic closure of his eponymous Ballard store, a “cabinet of curiosities” of jewelry, antiques, decor and art, “gifted me with the opportunity to re-imagine my life as a full-time artist,” Steiner writes, on his Facebook page. “I have embraced this opportunity and for the last year and a half have been secretly immersed in the creation of [a] series of paintings.” Steiner’s new watercolor and gouache paintings, in which abstract, soft, amoeba-like shapes float and melt into each other as halo-like ripples bob on the surface, make their public debut at Traver Gallery this month. 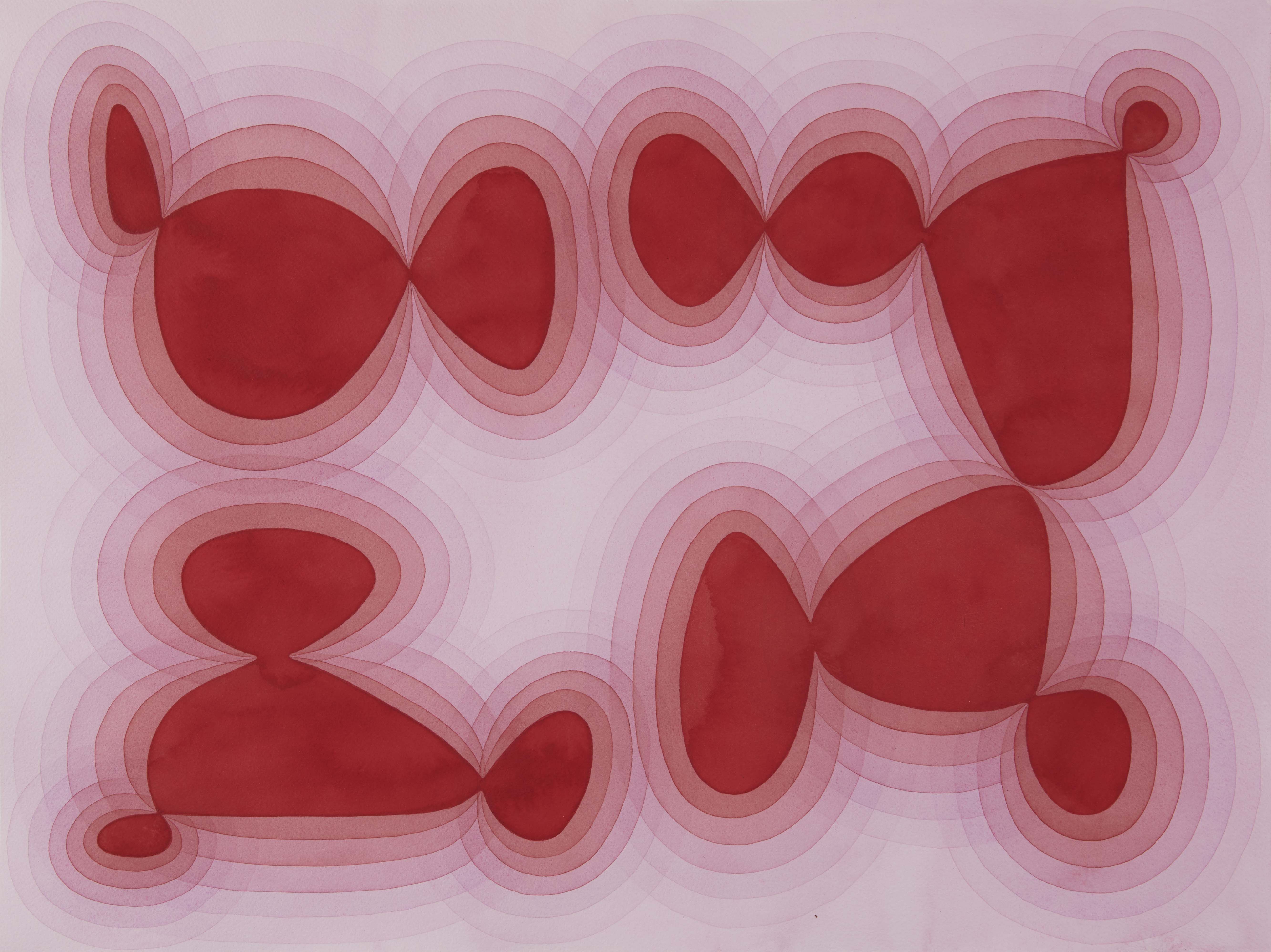 This past May, Seattle artist Tyna Ontko visited the Coyo Community of the Atacama Desert in Chile as part of an artist residency. The experience stayed with her: “I found that the vast expanse of the desert can alter the act of keeping time,” Ontko, an installation artist and wood carver, wrote in a recent email. “Stacks of rocks and points of light take on new meaning when used for wayfinding in one of the harshest environments on Earth.” Prompted by this encounter, Ontko has created an installation featuring newly carved yellow cedar sculptures paired with objects and materials inspired by tools Coyo people use for grinding medicinal and culinary substances, wayfinding and stargazing. 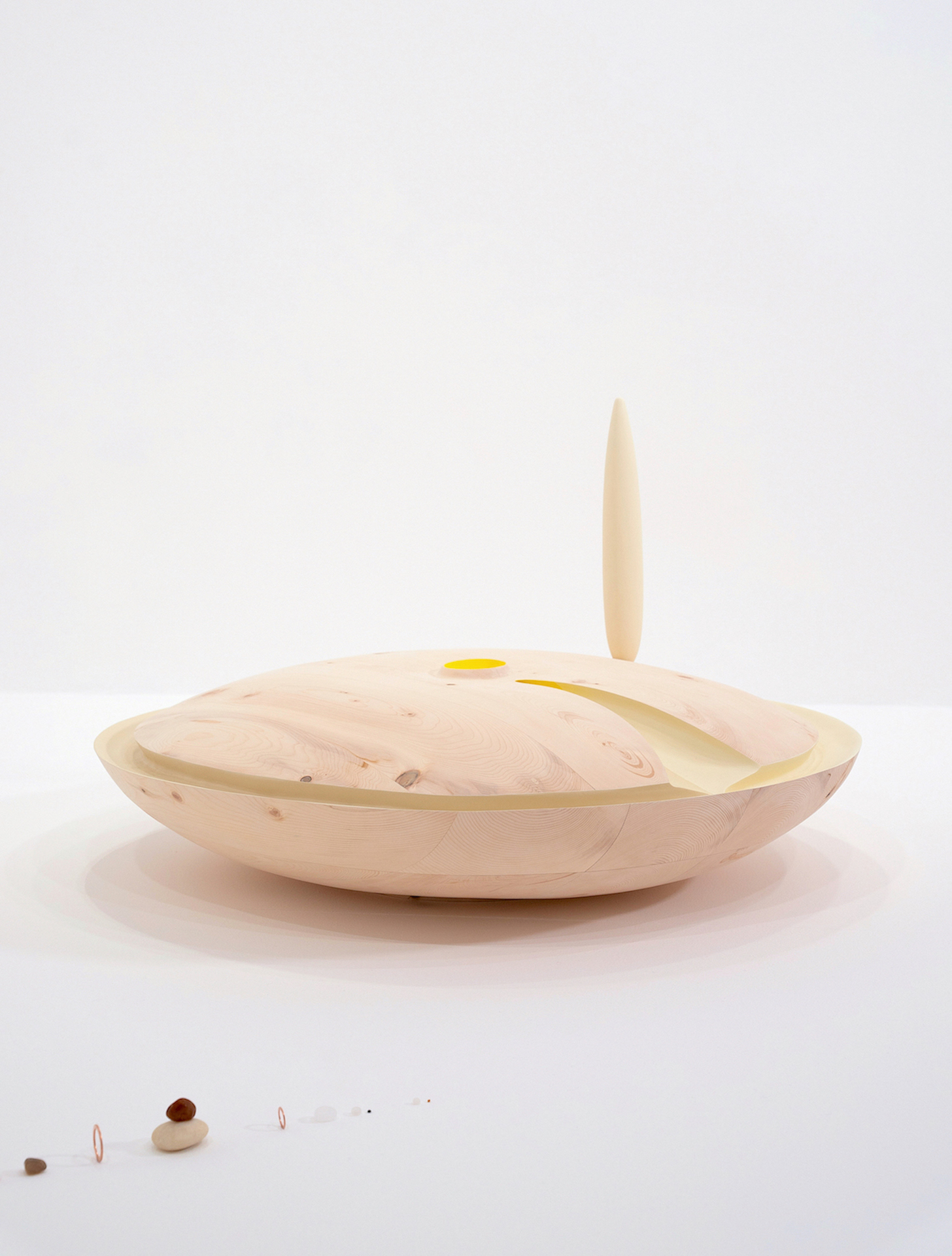 Seattle’s Tomo Nakayama has lived nine musical lives. In the past two decades, the multitalented singer-songwriter has dipped his toes in (and excelled at) emo-indie pop, “indie slow core,” rock, folk, ambient and piano ballads. On his latest record, Melonday, Nakayama turned toward a more extroverted, joyous synth-pop. Releasing the record during the pandemic was a “real mindf—,” Nakayama told KEXP last summer. “It’s an album that’s meant to be played on a stage with a lot of people dancing.” The Seattle musician takes the Triple Door stage with indie rockers Hey King! and Seattle songwriter Debbie Miller.

Every year, the dancers of contemporary dance group Whim W’Him take the reins by picking the choreographers who will create new dance pieces for their new season. It’s an unusual move in the dance world, one that is intended both to give the dancers more say in the programs and bring fresh choreography talent to Seattle. This year, Whim W’Him’s dancers will perform world premieres by choreographers Keerati Jinakunwiphat (one of Dance Magazine’s 25 to Watch in 2021), Dolly Sfeir (2019 Grand Prize winner of the Palm Desert Choreography Competition) and Nicole von Arx (2020 Jacob’s Pillow Choreography Fellow) in an all-women-led triple bill.

Jazz on the street

About a century ago, near the corner of Seattle’s 12th Avenue and South Jackson Street, “Seattle jazz was born,” writes historian Paul de Barros in Jackson Street After Hours: The Roots of Jazz in Seattle. With multiple clubs lining the street (which today still slices through the Central District and the Chinatown-International District) and attracting some of the country’s best performers (think: Ernestine Anderson, Ray Charles and Quincy Jones), South Jackson became the city’s pulsing jazz artery. The ninth annual Jackson Street Jazz Walk celebrates this rich musical legacy with 12 bands — such as saxophonist Alex Dugdale’s Fade Quintet, songstress Eugenie Jones and Brazilian jazz pianist Jovino Santos Neto — performing on seven stages including at Pratt Fine Arts Center, Jackson Street Apartments and (not on Jackson Street) the Liberty Bank Building. 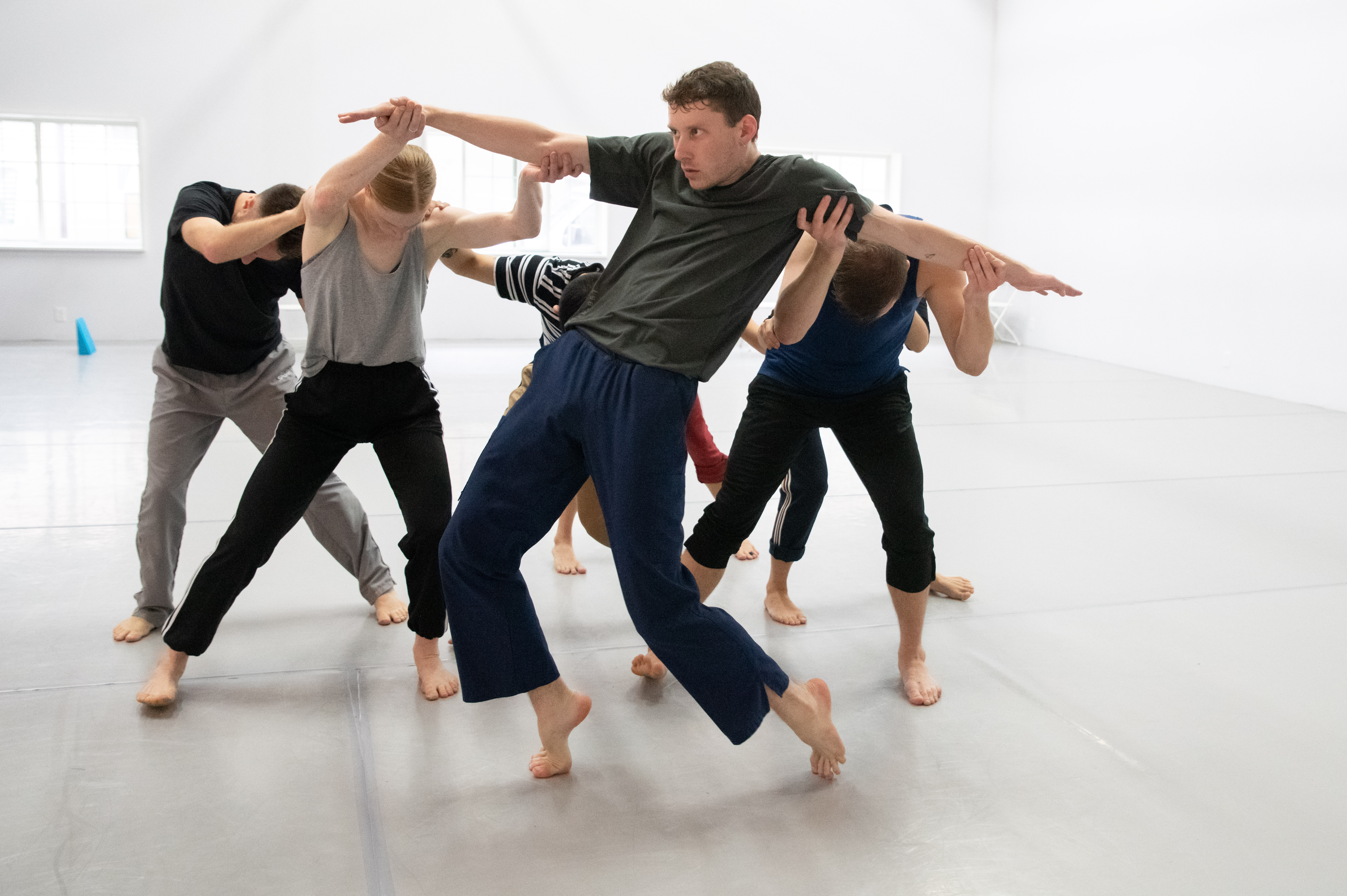 Dancers rehearse a new choreography by Dolly Sfeir, which will be performed this fall by Seattle dance company Whim W'Him. (Jim Coleman)

Dancers rehearse a new choreography by Dolly Sfeir, which will be performed this fall by Seattle dance company Whim W'Him. (Jim Coleman)

The contemporary dance organization and venue Velocity Dance Center ended its 24-year run on Capitol Hill in December of 2020, having teetered on the edge of closure for a while. After pivoting to a nomadic model, the nonprofit has now found a new home just across the street, in the 12th Avenue Arts multitheater space. Velocity’s fall season’s (re-)opener is Boys! Boys! Boys!, a locally made, accessible dance romp by Drama Tops that takes on everything from pop music to white privilege and Pride-branded rainbow OREOs.

(Riot) girls to the front at Marymoor

The ’90s are back. No, not the summer temperatures but choker necklaces, flannel shirts, skater jeans and riot grrrl pioneers Bikini Kill. The influential feminist punk rock band sprouted from the fertile Olympia grunge/punk soil in the early 1990s and played its last show in Tokyo in 1997, after three albums and a career as fiery, exhilarating and concise as their songs — which rage against the sexist machine. The band, whose “girls to the front” credo ignited a movement, announced a Pacific Northwest reunion tour in November of 2019. (We all know what happened next.) The rescheduled Bikini Kill tour makes its final stop in Marymoor, one of the few shows that have not sold out — yet.

On an impossibly warm summer night last month, visitors milled about the Pacific Science Center’s enclosed courtyard, sipping cocktails while standing amid the reflecting pools. Entertainment options at the 60-year-old institution were plentiful: games of giant chess,  Stranger Things, Depeche Mode and Doja Cat Laser Dome light shows, the Tropical Butterfly House and the Planetarium. PacSci’s trademark arched domes towered overhead in the sky as the DJ spun pop hits and the color faded from blue to orange and pink. Fortunately, it’s all happening one more time. The last of the PacSci Summer Nights: Happy Hour — during which the museum is open for 21+ guests after hours — will take place, fittingly, on the official last day of summer. 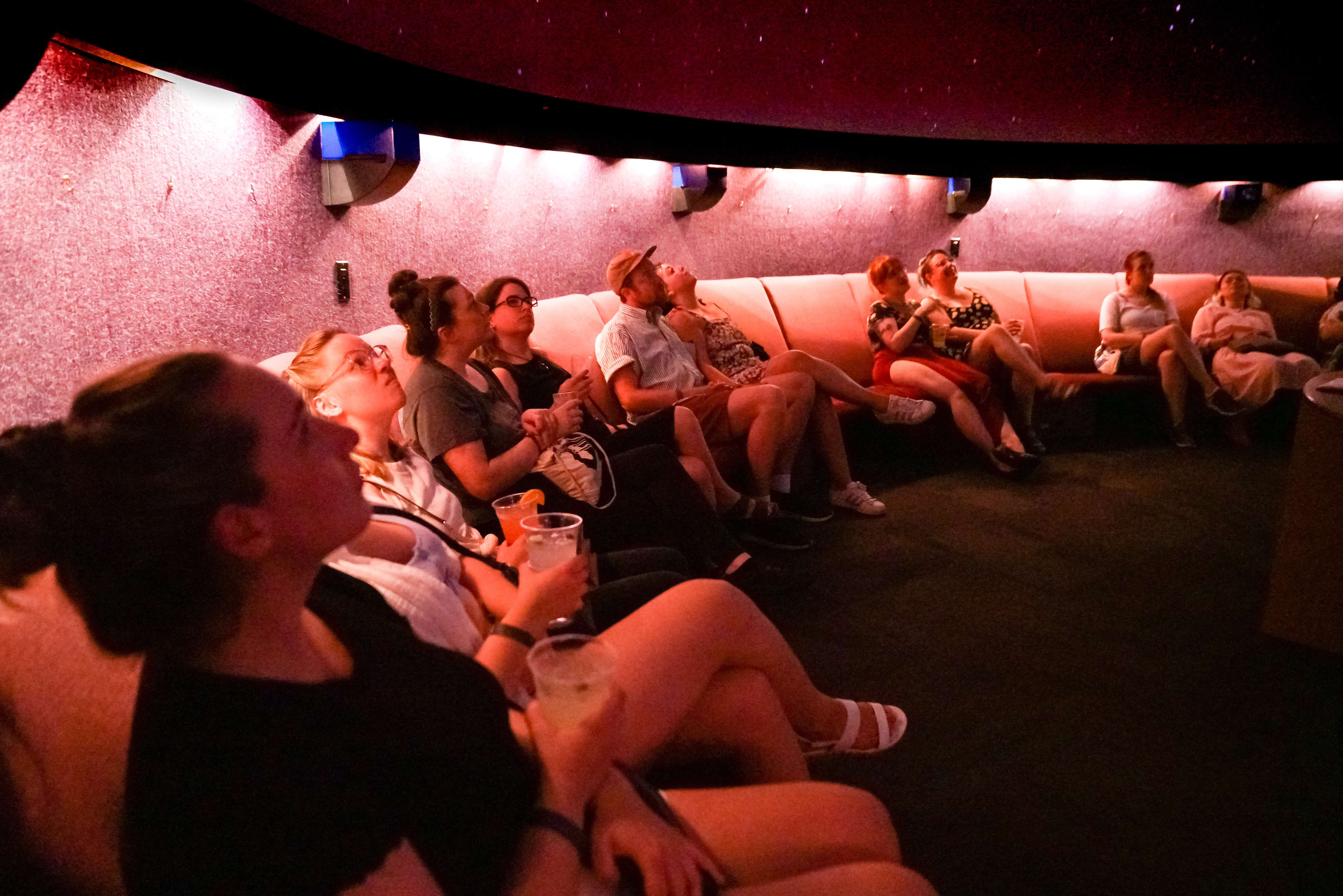 How do David Lynch, cowboy hats, minimalism, pumping electro beats and songs sung in Cherokee and Muscogee (Creek) fit together? RADIO III / ᎦᏬᏂᏍᎩ Ꮶ, a dance and music performance choreographed and performed by Oklahoma-based Elisa Harkins (who is Cherokee Muscogee and also composed the music for the show) and Canadian artists Hanako Hoshimi-Caines and Zoë Poluch, makes the connection. The artists describe the show as an “Indigenous futuristic concert and a beautifully uncomfortable dance performance” that aims to blend “popular dance with elitist trained dance,” per Hoshimi-Caines, and travel between worlds to create a new language of movement.

Love in the time of no time

When LAX baggage handler Aníbal de la Luna meets the pregnant Celestina del Sol, the clocks stop ticking. That’s how powerful the love is in Cloud Tectonics, a one-act, magical realist play by José Rivera, the first Puerto Rican screenwriter to be nominated for an Academy Award. Written in 1995, the apocalyptic vibes feel apt for 2022. As a storm rages, Aníbal (played by Young Hot Thespian’s Myles Romo) and Celestina (played by the beloved local director and actor Jay Woods) shelter in place. As the celestial downpour continues, a timeless love story unfolds.

If you go: Cloud Tectonics, Sound Theatre at 12th Avenue Arts, Sept. 24 - Oct. 15, $5-$75 (pay what you can). English and Spanish captioned and ASL performances on select dates. 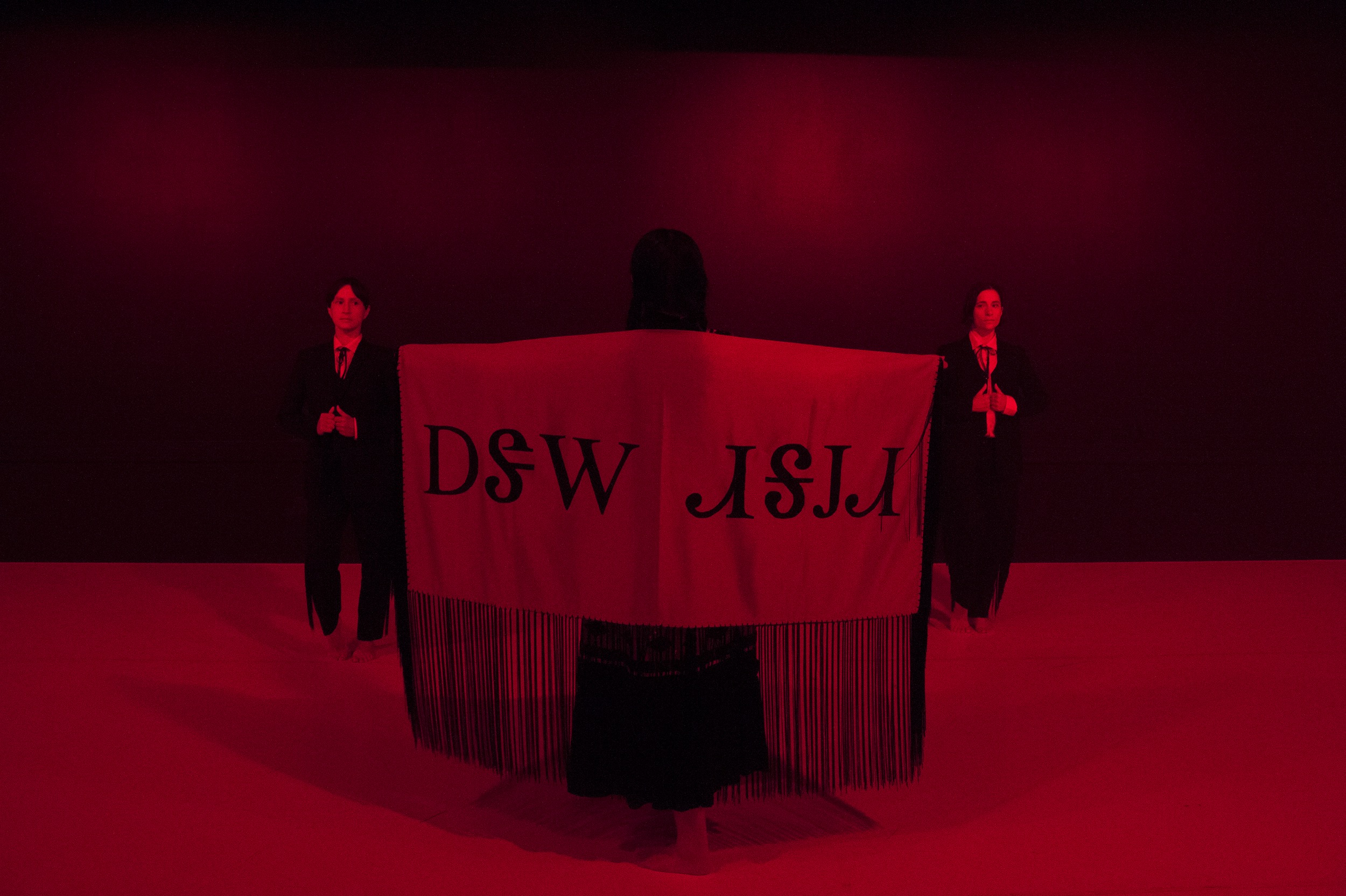 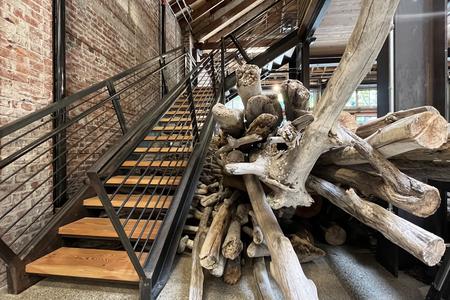 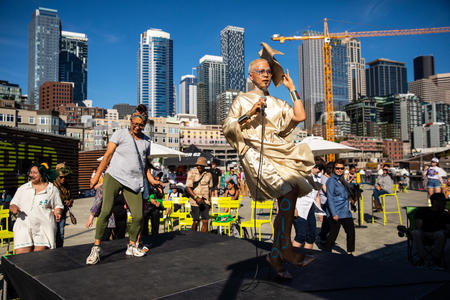 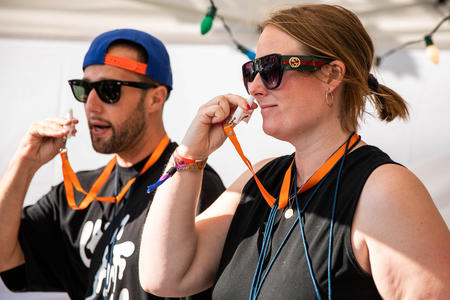 As the opioid crisis intensifies, nightlife venues, concert spaces and festivals are recognizing that being prepared could save lives.

As the opioid crisis intensifies, nightlife venues, concert spaces and festivals are recognizing that being prepared could save lives.