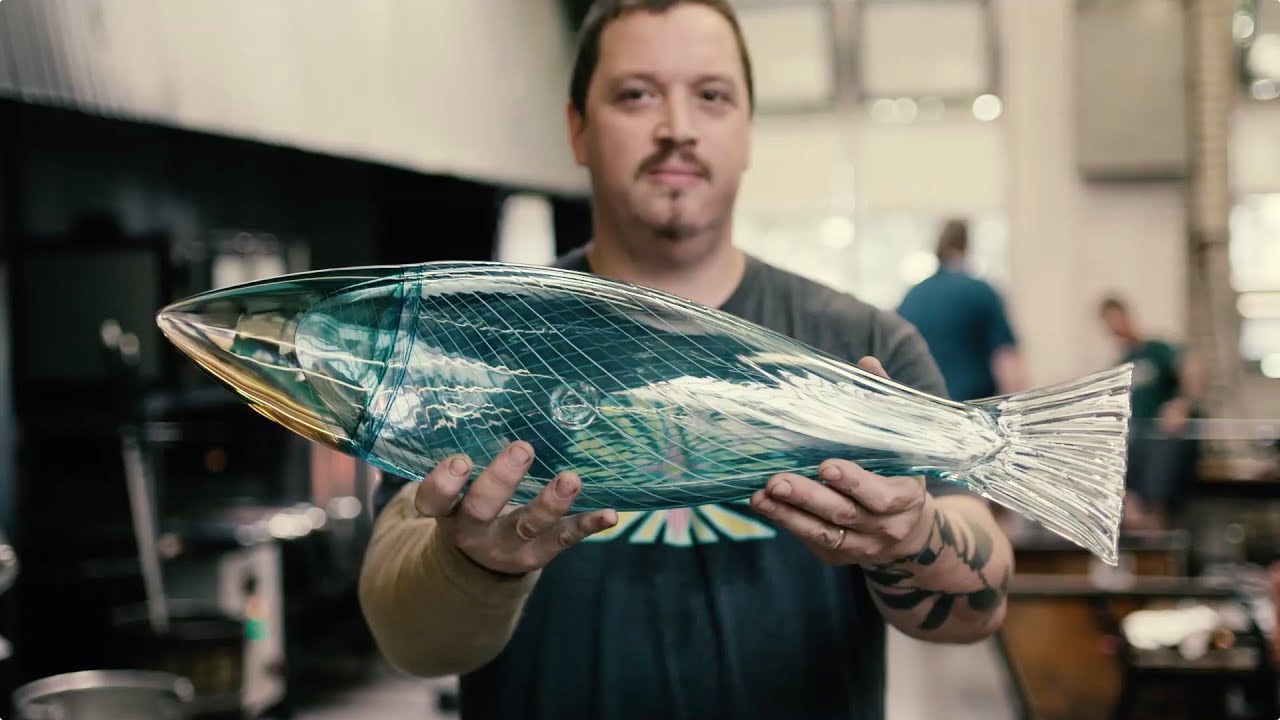 If you’ve watched the Netflix reality-show competition Blown Away, you know it can be counted on for two things: glass blowers hailing from the Pacific Northwest and pain-inducing puns. (Contestants compete to be “Best in Blow,” for starters.)

I recently binged the third season — I’ve watched all three — and still have love/hate feelings about it. It’s silly in the way of all reality shows, but the vibe is one of camaraderie rather than cutthroat, and I must admit it has increased my understanding of glassblowing techniques. Plus, who doesn’t love seeing molten glass pulled out of a roaring kiln?

I won’t spoil the final results, but will say you can see one of this season’s contestants, renowned Lummi artist Dan Friday, work his glass magic live and in person (Oct. 14, free with registration) during an upcoming series of glass blowing demonstrations at Seattle Glassblowing Studio. Another event, on Oct. 15, features locally based Season 3 contestant Minhi Su England. The demos are part of the citywide Refract Glass Festival (officially Oct. 13-16, with events happening all month). 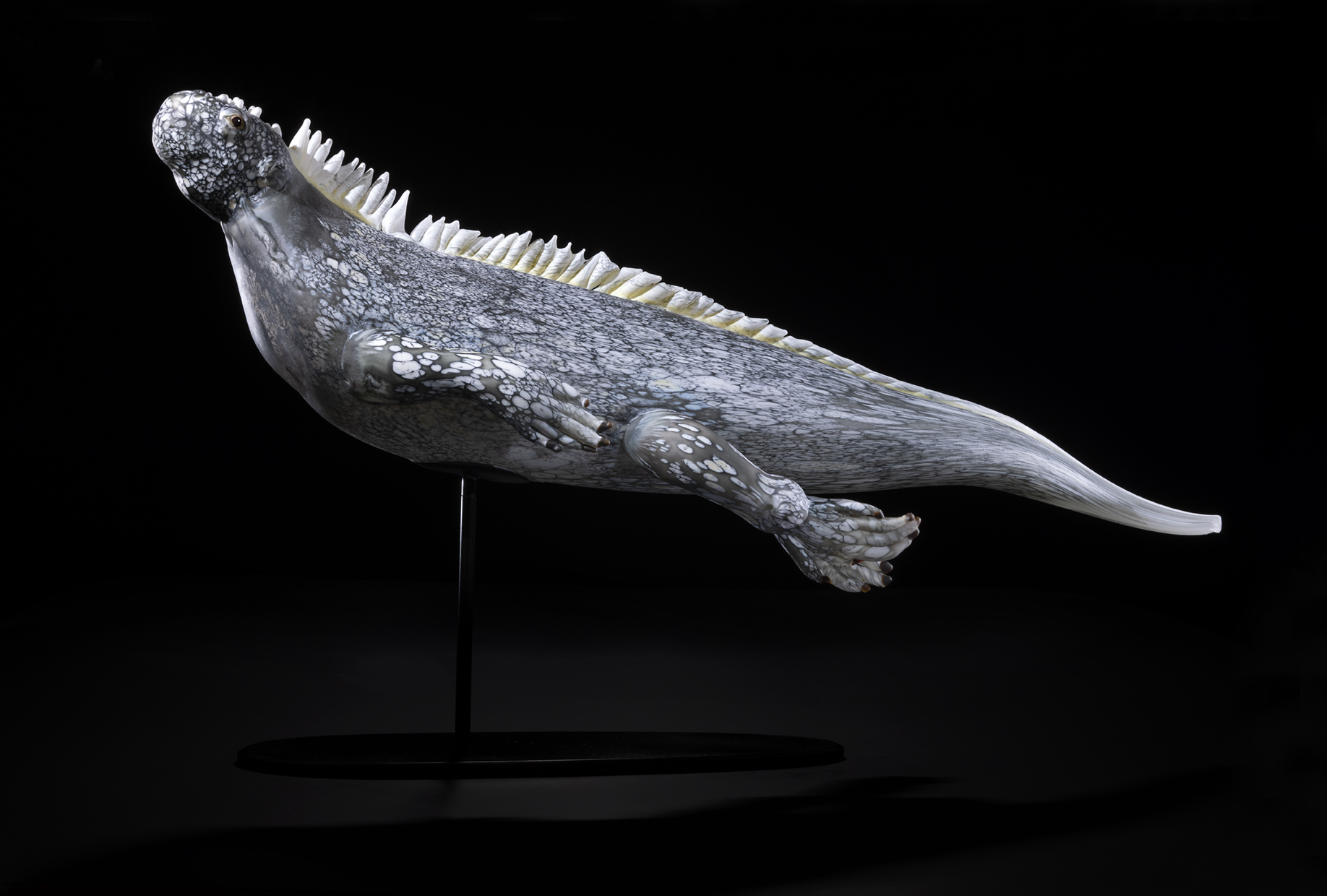 And if you can’t get enough of the legendary Kinngait (formerly “Cape Dorset”) artists, hailing from way up in the icy Hudson Strait of Nunavut, Canada, head to Steinbrueck Native Gallery to see the latest collection of prints. Many of these artworks — featuring intriguing and amusing animals — have already amassed a waitlist for their on-sale date of Oct. 15.

One more way to mark Indigenous People’s Day: an innovative concert by beloved Seattle chamber-music presenters Byron Schenkman and Friends. Called Vivaldi and the (Forty) Four Seasons (Oct. 9, 7 p.m. at Benaroya Hall), the program intersperses Vivaldi’s well-known seasonal cycle of violin concertos with stories from the Yakama tradition — which teaches that there aren’t just a mere four seasons, but more like 44. (In the Northwest, the larger number certainly feels more accurate, given our perennial false spring, Juneuary, weirdly warm fall, etc.) Stories will be told by Dr. Michelle Jacob, an enrolled member of the Yakama Nation and professor of Indigenous Studies at the University of Oregon.

Also on the program is a work by contemporary Navajo composer Conner Chee, whose pieces are partly inspired by traditional Navajo songs. And in the lobby, look for original prints by locally based Karuk artist Fox Spears. After chirping birds, thunderstorms and harvest tunes the revelry ends, as always, with “Winter.” 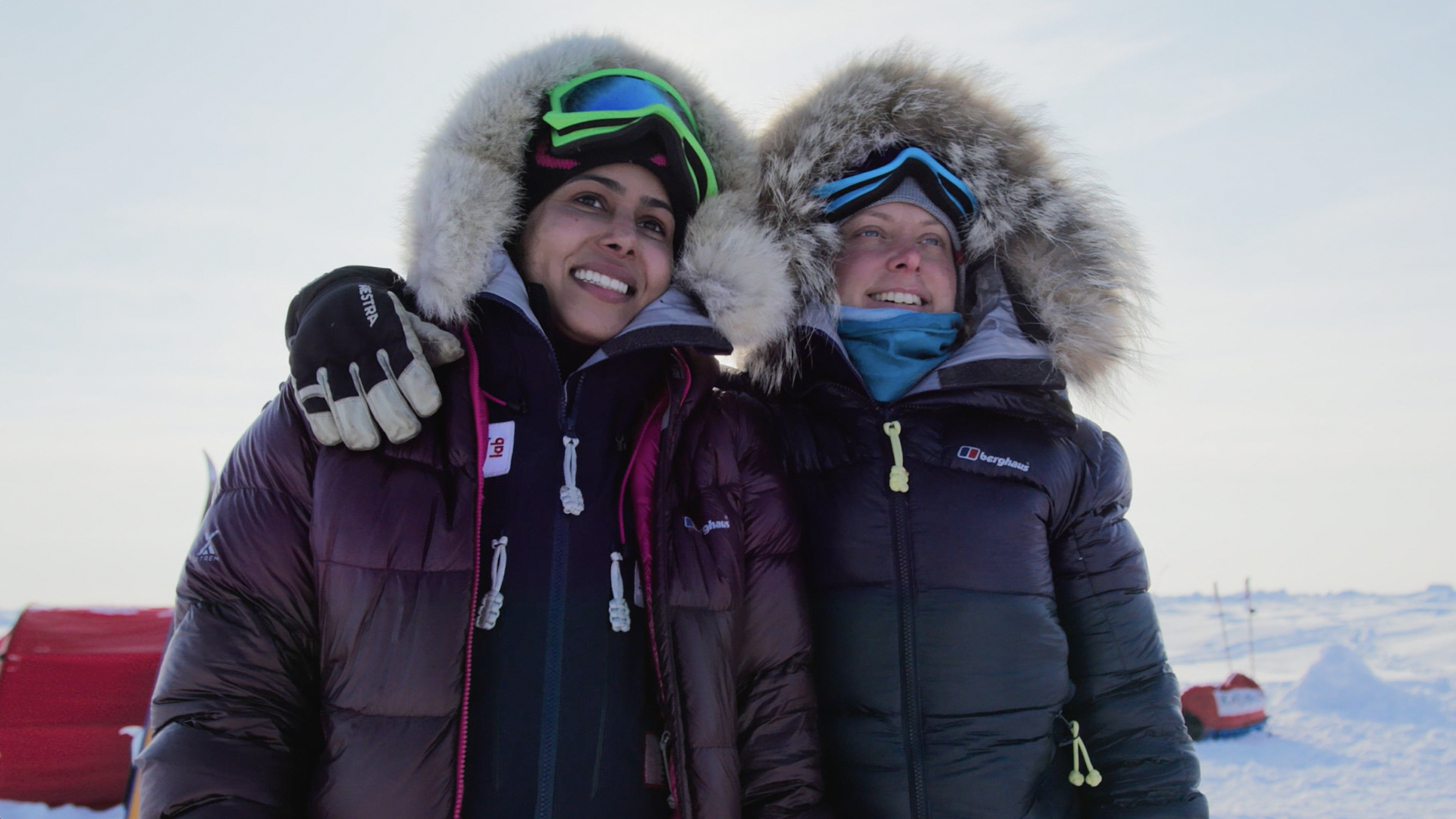 Asma Al Thani (from Qatar, at left) and Ida Olsson (from Sweden) are two of the 11 women who trekked 100 kilometers on skis to reach the North Pole as part of a women-only expedition. Their group was the last to make the journey to date, due to dangerous Arctic ice conditions and geopolitical complications. (Powderkeg Studios)

Asma Al Thani (from Qatar, at left) and Ida Olsson (from Sweden) are two of the 11 women who trekked 100 kilometers on skis to reach the North Pole as part of a women-only expedition. Their group was the last to make the journey to date, due to dangerous Arctic ice conditions and geopolitical complications. (Powderkeg Studios)

It’s supposed to be another warm weekend here in our extended summer season, but I’ve had icy terrain on the brain since watching Exposure, an excellent documentary about an unlikely group of women who skied 100 kilometers over melting Arctic ice to the North Pole in 2018. It screens as part of SIFF Docfest (Oct. 7), as well as at the Doctober film festival in Bellingham (Oct. 8 & 16) and at the Friday Harbor Film Festival (Oct. 21 & 22).

Created by writer and documentarian Holly Morris — former editorial director at feminist publishing house Seal Press, when it was based in Seattle — the film follows the 11 women who answered British explorer Felicity Aston’s global call for a “Euro-Arabian North Pole Expedition,” which notably insisted “no experience required.”

“This was an unlikely, often-counted-out group of people,” Morris told me in a phone call. “These women did not have a seat at the elite table of polar explorers.” And that was the point. The women came from regular jobs in Oman, France, Qatar, Russia, Kuwait, Slovenia, the United Kingdom and elsewhere, with a common goal of achieving something both monumental and metaphorical.

The film is beautifully shot, and while the dangers are many — cracking ice, polar bears, wind storms, frostbite — it comes off less adventurous than intimate and quietly gripping. (And no quieter than when the Russian helicopter flies away after dropping off the group in the middle of a blinding white ice sheet. Suddenly the buzzy excitement shifts to the stark reality of the journey ahead.)

“I was so blown away by the group’s determination and grit, in the face of so many odds, environmentally, physically, geopolitically,” Morris told me. “Everybody was out over their skis, so to speak, but that’s how you make big things happen.” Noting that her film takes place at “ground zero” for climate change, Morris said, “This is the moment for a new kind of climate story. Our job is not to convince climate deniers, it’s to galvanize agency in people… to do something that seems impossible.”

See the film and then visit another artistic production aimed at galvanizing action: the visual arts show Carbon, at Vestibule in Ballard (through Oct. 15). The group exhibit features local art in response to our current environmental catastrophe, and invites the public to consider “Can art teach us to be good?” by way of an informal panel discussion (Oct. 15, 4-5 p.m.). While you’re there, stand face to face with artist Sean Gallagher’s haunting “Owl to Person Transformation Mask,” which depicts a fragile Arctic relationship — snowy owl, lemming, the Iñupiat population — and see if your answer changes.