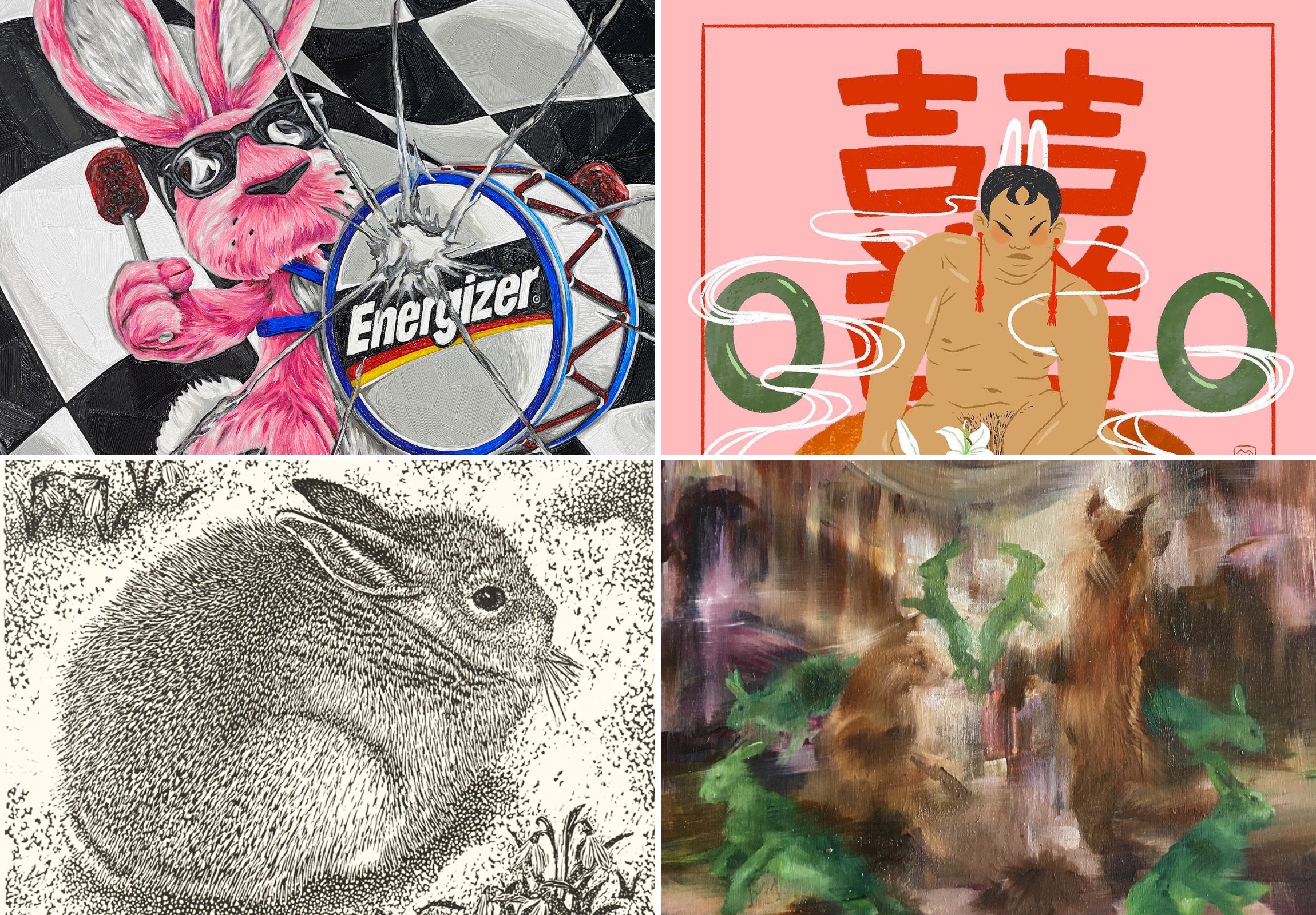 According to the Chinese zodiac, this weekend marks the Lunar New Year and the transition from the year of the tiger to the year of the rabbit. The tradition holds in the wider Asian diaspora as well (though the Vietnamese calendar calls 2023 the year of the cat).

Rabbit years are supposed to be marked by compassion, conflict avoidance, caution and quiet contemplation — all of which sound like a big improvement. But so far this year I’ve felt more like the March Hare from Alice in Wonderland, running around and muttering, “I’m late! I’m late! For a very important date!”

In the Seattle area, there are a multitude of places to celebrate the Lunar New Year, which coincides with the first New Moon of the lunar calendar (this year, that’s Jan. 21) and stretches for 15 days.

This weekend, Friends of Waterfront Park is hosting an on-the-dock Lunar New Year celebration at Pier 62 (Jan. 22, 2 - 4 p.m.). It kicks off with Chinese lion dances by the Mak Fai Kung Fu Club and includes the lighting of a new fire pit and an art installation by Seattle’s Monyee Chau. You’ll find more of the artist’s work on Beacon Hill, in a window-front installation at The Grocery Studios (opening Jan. 21, 4 - 6 p.m.; up through Feb. 26) in which Chau portrays Tu’er Shen, the Chinese rabbit deity who protects “same-sex love.”

Next weekend (Jan. 28, 10 a.m. - 3 p.m.) the Wing Luke Museum is throwing its annual lunar affair, featuring a lion dance with firecrackers (outdoors!), as well as craft activities such as ceramics with Ling Chun and a print-your-own rabbit coloring sheet designed by Michelle Kumata. The neighborhood-wide  Chinatown-International District celebration happens on Feb. 4, 11 a.m. - 4 p.m., with performances in Hing Hay Park and a self-guided Food Walk through local restaurants.

You can also celebrate Elmer Fudd-style, as I’ve done, by “hunting wabbits” at current art shows. There seem to be a lot of them hopping around local galleries right now (see image above), from Anthony White’s indefatigable Energizer Bunny at the Seattle Art Museum to Sarah McCrae Morton’s ghostly green rabbits haunting Foster/White Gallery to Marit Berg’s sweet “Small Mountain Hare” linocut at Davidson Gallery. Let me know about others I’ve missed! 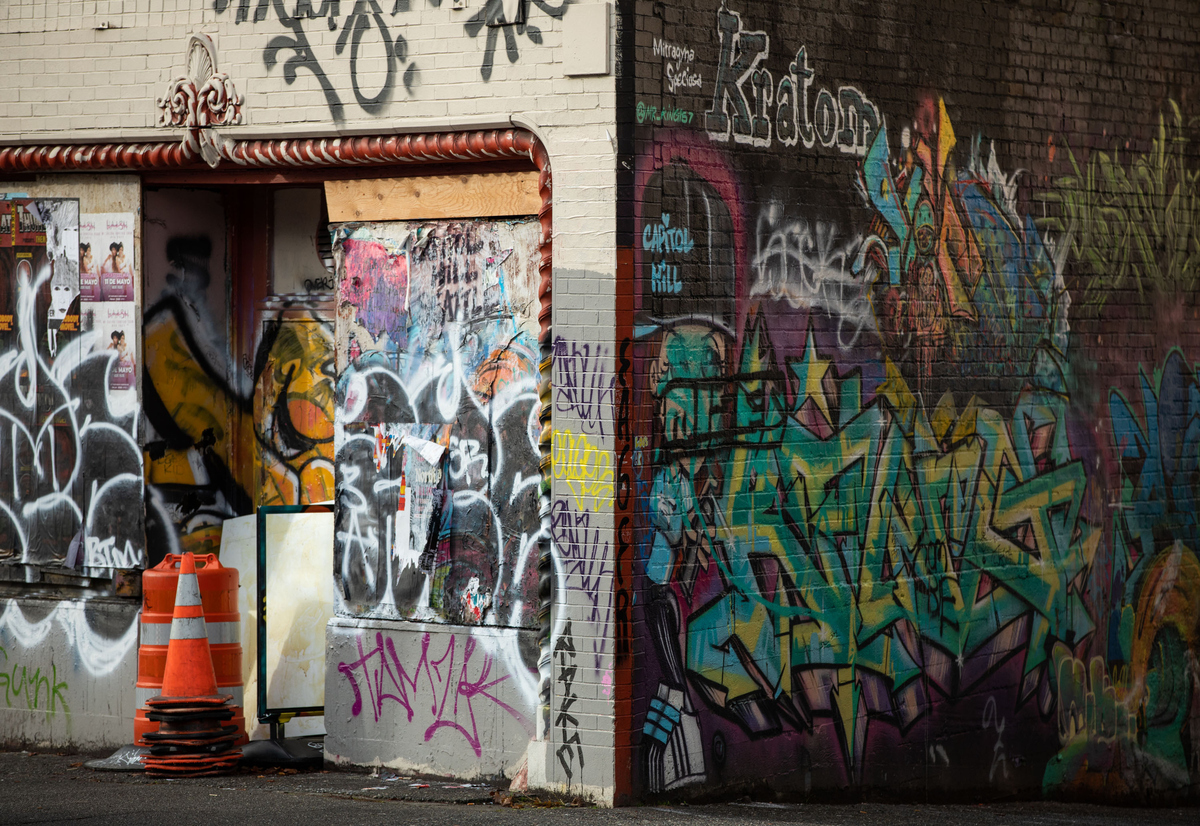 Arts and culture reporter Margo Vansynghel has news of what’s been happening since her story about Mayor Harrell’s new graffiti plan published earlier this month:

This week, Crosscut released a podcast about my deep dive into Seattle’s plan to combat graffiti. In the episode, host Sara Bernard and I talk about the ethical and artistic ramifications of Mayor Harrell’s new graffiti plan, what I learned during my reporting and how it has changed my view of the cityscape.

Since the article was published, we’ve heard from roughly 60 respondents to our survey asking readers to let us know how they felt about graffiti.

The results of this very unscientific poll mirror a Seattle city poll from 2010 — in short: Opinions remain divided. Of the respondents, 57% considered graffiti a “major problem,” while 32% considered it a “small” or “nonexistent problem,” with the rest falling in between.

When asked whether people made a distinction between art and graffiti, responses ran the gamut too. A mural artist wrote to say that yes, there is a line between graffiti art and graffiti: “Some people might even participate in both — painting commissioned free walls during the day and illegal graffiti at night,” they said, adding, “I personally think illegal graffiti should be decriminalized in Seattle.”

Another person commented, “I love seeing graffiti; it’s one way people can reclaim public space, and it often makes places look more interesting.” Others noted simply: “Graffiti is vandalism,” and, “If you have permission it’s art, if not it’s tagging and should be stopped.”

And we also heard things like “Some graffiti is done by skilled artists, which is often covered up by very ugly graffiti” and “Scrawling a signature with a paint pen is not art. Drawing something intricate with contrasting colors is.”

It’s fair to say that regardless of Harrell’s new plan, graffiti is still as divisive as ever. –MVS 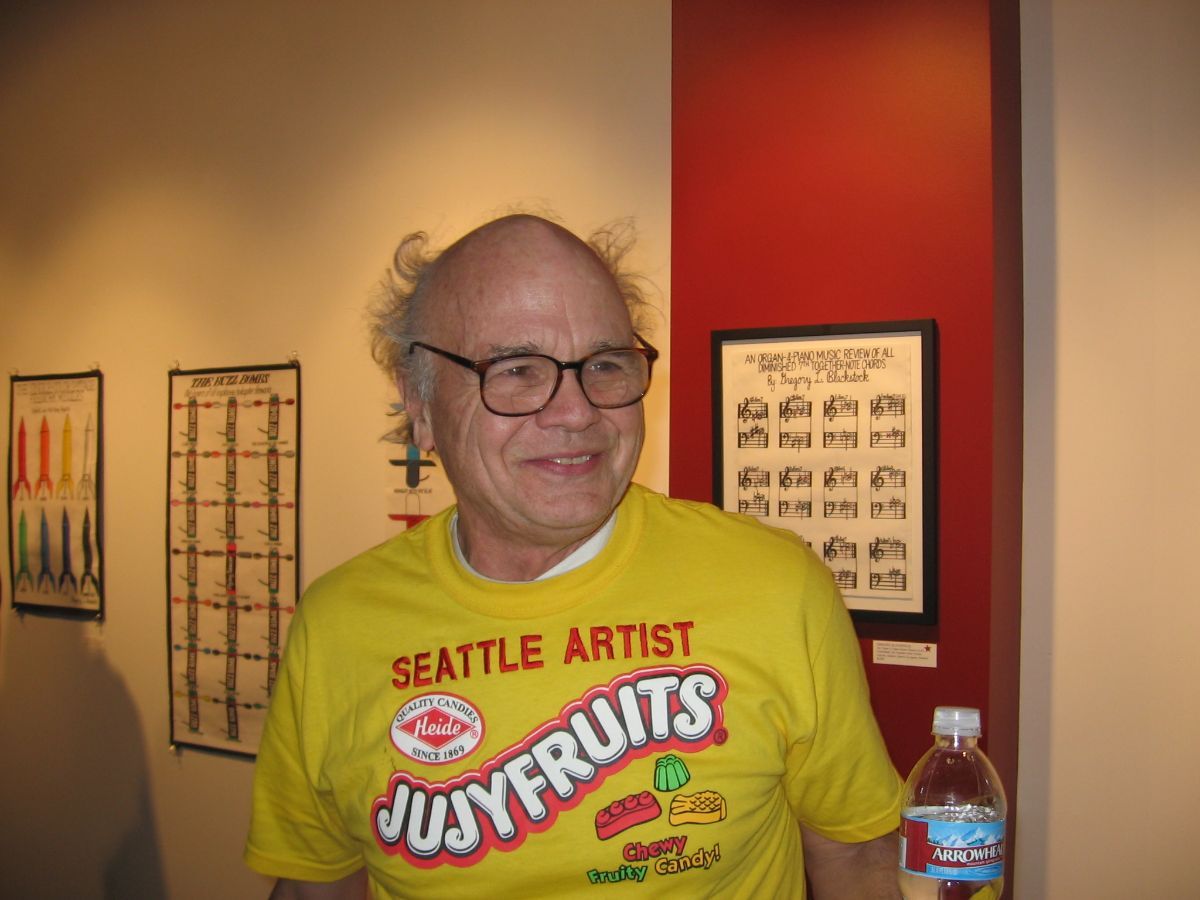 Seattle has experienced two big artistic losses in recent days. On January 10, visual artist Gregory Blackstock died at age 77 in Lacey. As I noted in a 2021 newsletter, the longtime local creative was known for his meticulous and colorful categorizations of objects, from spatulas to shoes to “The Great Cabbage Family.”

A self-taught artist with autism spectrum disorder, Blackstock started his career as a dishwasher and became respected and beloved for his prolific drawings, gaining representation by Seattle’s Greg Kucera Gallery (where several of his works are currently on view). I strongly recommend watching The Great World of Gregory Blackstock, a PBS short-doc by Northwest artist Drew Christie (available on YouTube). As Christie told me upon the film’s release in 2021, “Blackstock created a whole aesthetic world — once you step into it, you’ll always recognize it.”

On Jan. 17, travel writer and novelist Jonathan Raban died at age 80 in Seattle. Born in the UK, he worked there as a journalist, literary critic and short-fiction writer before moving to Seattle in 1990. After landing in the Northwest, he told many stories of the region enhanced by his clear prose, humor and personal revelations.

In Bad Land: An American Romance, the Englishman travels through the lonely history and landscape of sparsely populated eastern Montana. In Passage to Juneau: A Sea and Its Meanings, he offers an intimate account of his boat journey from Seattle to Juneau, Alaska.

In his 14th book, a collection of essays called Driving Home: An American Journey, Raban wrote often of his chosen city, noting, “More than any other place I’ve ever lived, it felt all right for me to be a stranger here. I was happy in the Northwest not because I felt at home but because no one else much seemed to be entirely at home either.”