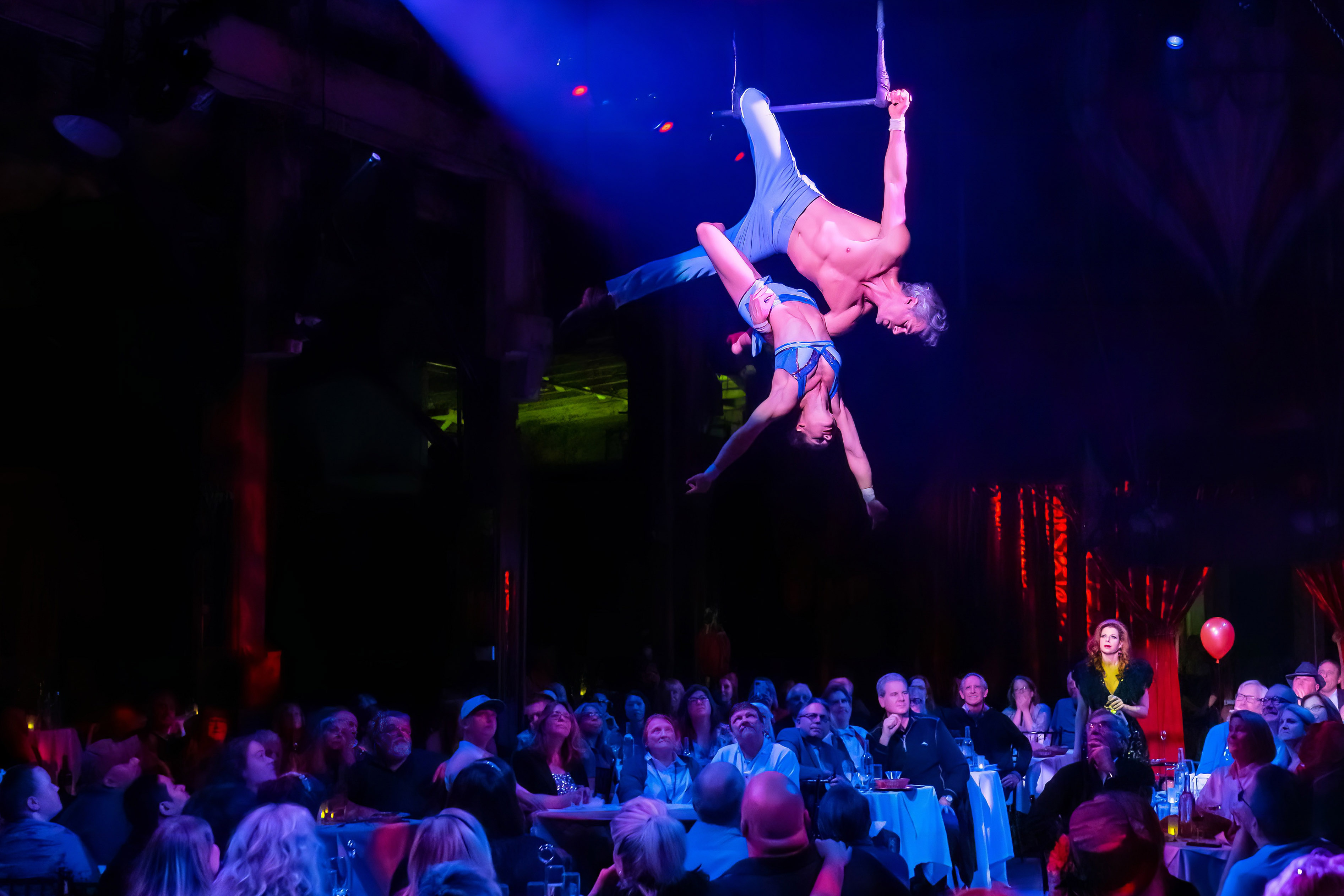 Duo Madrona performs in Teatro ZinZanni's new show, ‘Coming Home,’ currently on view in Seattle's SODO neighborhood. The vaudevillian dinner theater company has long been on the hunt for a permanent Seattle location. (Filling The Frame)

It’s a rainy Sunday night in Seattle’s SODO district and not much is shaking. The stadiums are quiet, no sports events scheduled. There is little street traffic in this sparsely populated, industrial zone of the city. But step through the unimposing façade of the Sodo Park event space on First Avenue and you’re catapulted onto a different planet.

This world features twinkling lights, jazzy music, spangly folderol and flirtatious costumed characters. A sultry Ukrainian acrobat twirls in a whirlwind of a dozen or more hula hoops. A freestyle basketball juggler dribbles as adeptly as a Harlem Globetrotter. And above your head, a lithesome couple executes a romantic pas de deux on a trapeze.

Since November, this century-old former factory with soaring ceilings and rustic wooden walls has been transformed into a fantasyland called Teatro ZinZanni, where the new show Coming Home will run through March 12. On this night, it is packed with more than 200 revelers — many of them gussied up in fanciful evening attire for a night of nouveau circus and dinner theater.

It’s hardly the first time Teatro ZinZanni has beguiled audiences with its menu of food, frivolity and an immersive mélange of acrobatic acts and neo-vaudeville shtick. The company premiered in Seattle in 1998 under the direction of producer/creator Norm Langill. Sodo Park is in fact the sixth regional location for the unique extravaganza, which has also spawned popular runs in Chicago, San Francisco and Costa Mesa, California.

It all began with a run at 222 Mercer Street, where acts were tucked inside the “Palais Nostalgique,” an antique 285-seat Belgian spiegeltent (an elaborate cabaret tent) decked out with red-velvet curtains, mirrored walls and polished wooden booths. In the years since, ZinZanni has shifted Seattle-area locations, including five years (2002-2007) at a former Cadillac dealership in Belltown.

For almost a decade, the spiegeltent was stationed back in its original location near Seattle Center, directly across from the Pacific Northwest Ballet building — until 2017, when the Seattle Opera, which owned the land, sold the parcel to a developer to fund the expansion of its own facility.

After that, ZinZanni packed up and moved to the Eastside, setting up shop for a brief stint in Marymoor Park. In 2018, the troupe signed a 10-year lease to develop a permanent performing home along with a restaurant at the former Redhook Brewery site in Woodinville. But the COVID-19 crisis, the company’s pandemic-related financial woes and a dispute with the property owners (which was settled out of court) derailed those dreams in 2020.

And though governmental arts recovery funding has kept Zinzanni’s stripped-down organization alive, its current prospects are unclear. It’s difficult for any arts organization to find its own space in a city where housing is in short supply, real estate development is rampant, and every square foot of buildable space has a premium price tag. It’s especially tough for a group that comes carrying a 29-foot-tall, 211-foot-circumference cabaret tent that takes up much of a city block. 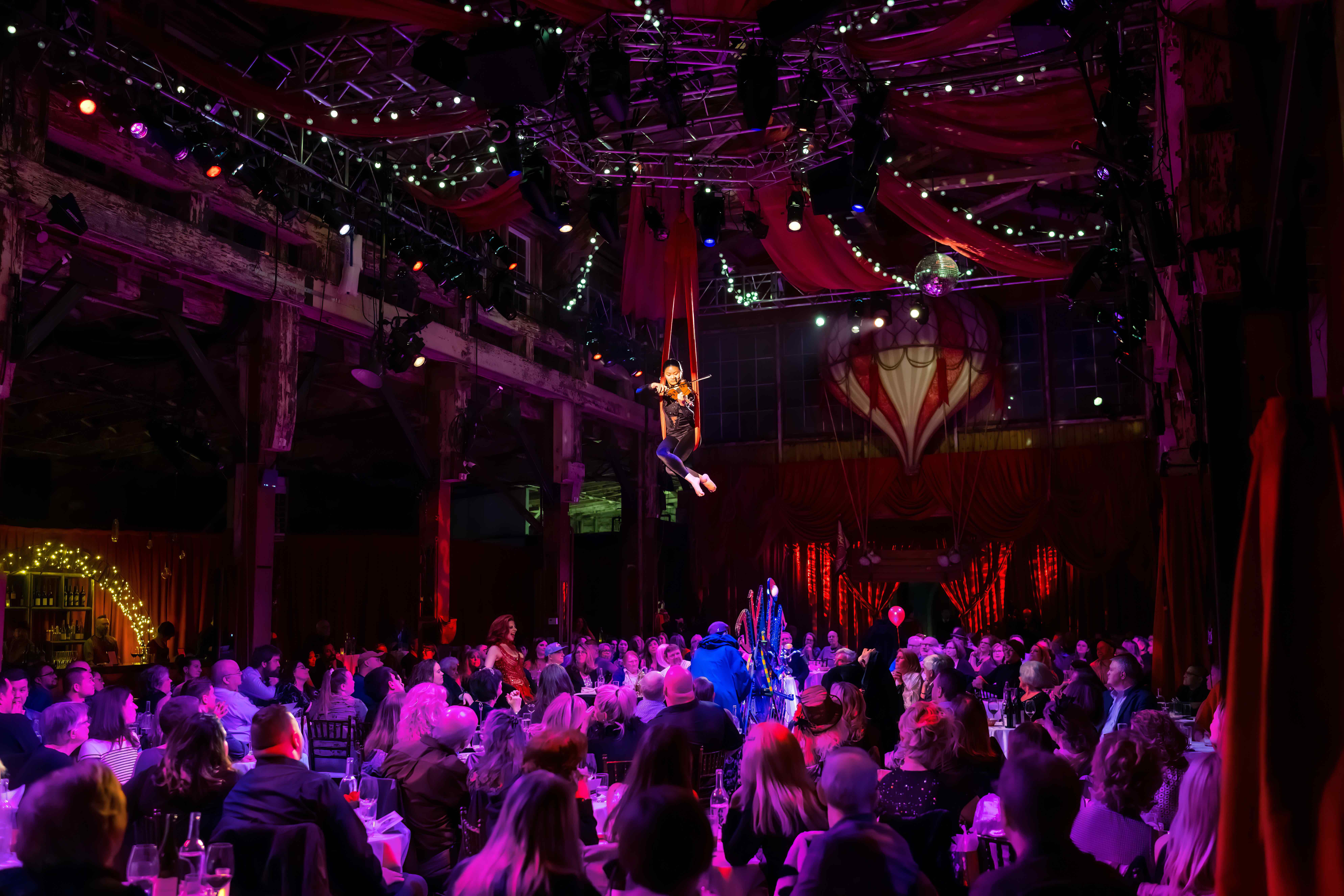 But Langill, 73, is a seasoned and idiosyncratic local impresario who says “Seattle is in my soul.” The savvy genie co-founded the One Reel Vaudeville Show featured at Bumbershoot in 1972, and ran the annual Seattle arts festival for three decades starting in 1980.

After creating Teatro ZinZanni under the nonprofit wing of One Reel, Inc., he later successfully spun it off as a for-profit corporation to gain “more financial flexibility.” In essence, Langill is a showman with a New Age sensibility and a pragmatic talent for the business of show business.

He has every intention of keeping the champagne and merriment flowing here well after the recently extended Sodo Park run ends in March. (ZinZanni is also planning a new operation back in San Francisco, with a wharfside site already determined.)

“We are in restart mode,” Langill acknowledges. He notes that after long periods of shutdowns and self-isolation due to the pandemic, patrons seem more eager than ever to “gather friends from their old social networks to have a common ground experience with strangers.” Meanwhile, other people longing for some communal bedazzlement are discovering the pleasures of ZinZanni for the first time.

The current Teatro ZinZanni performance is purposefully titled Coming Home, because, explains Langill, “coming home is deciding that this is a safe place where we can relax and be with people.”

With news of a “tripledemic” in Washington and elsewhere, many live-entertainment fans are not so sure what safety means anymore. Some are still wary about mingling in public with fellow patrons for a long evening of unmasked feasting and frolicking. 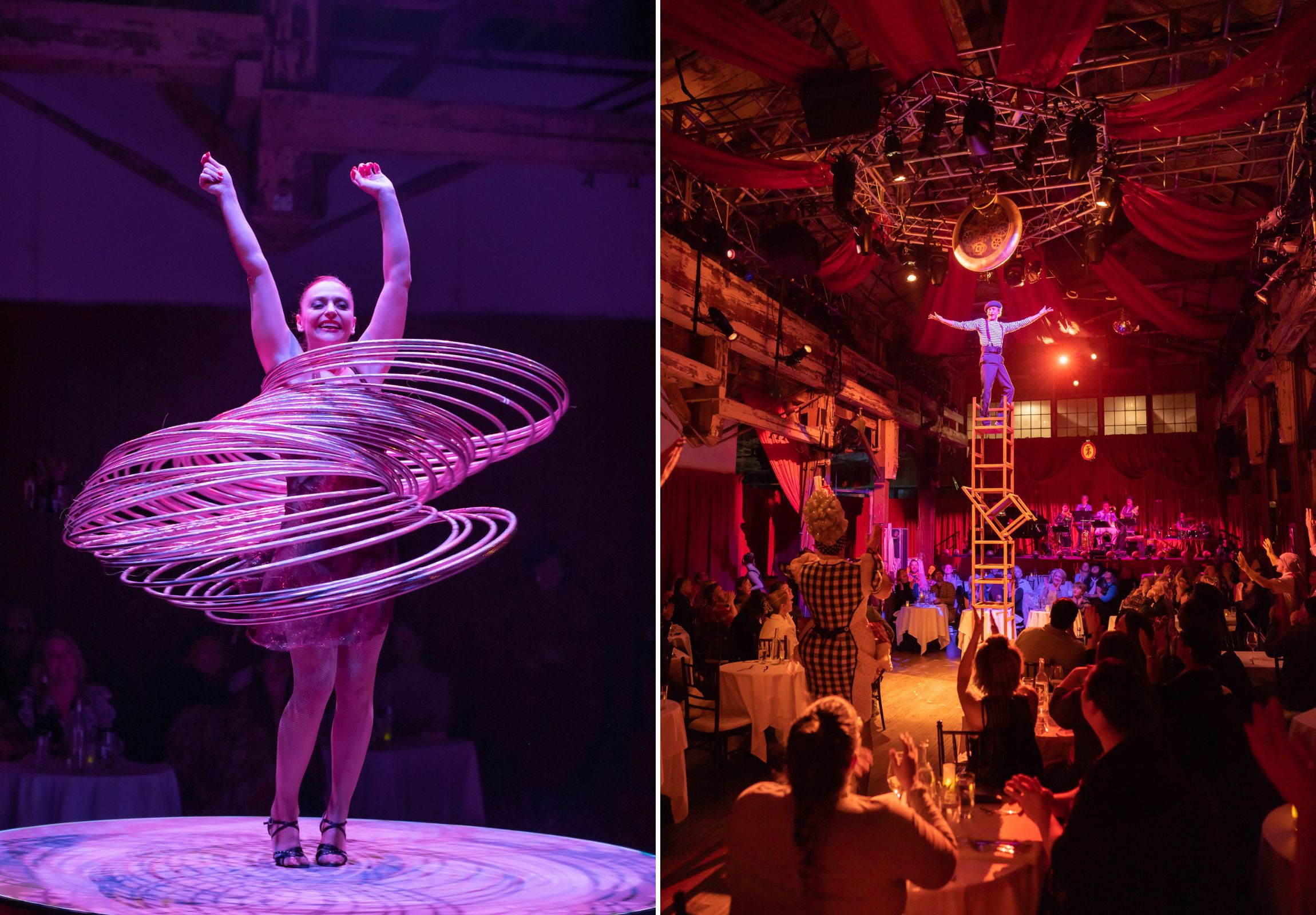 And a ZinZanni show is an undeniably intimate experience. The tables at Sodo Park are fairly close together. The waitstaff must wend their way through them, and lean in close to take drink orders. A big part of the enjoyment is the unscripted, up-close-and-personal audience participation.

“When the performers go around to the tables and play with the audience during dinner, it feels more like a party,” Langill says. “It’s like a lot of cultures around the world when you celebrate a ritual. You feel like it isn’t done for you, but like you are in it, part of it.”

Masks are “strongly recommended,” but how do you eat the four-course dinner spread throughout the two-and-a-half hour show with your face covered? You don’t.

But that hasn’t been a deterrent so far. Coming Home tickets are selling well — the show is at 85% capacity into February, Langill says. Neither are fears of a financial recession or local tech-industry layoffs stopping people from plunking down $109 to $139 per ticket — which is, inflation be damned, close to what ZinZanni was charging back in 2020. “We just decided not to gouge,” Langill explains. “And I’d much rather see a full house. I hate empty seats.” (Drinks are charged separately, and at 2022 prices they account for 20% of ZinZanni’s income.)

But that still leaves ZinZanni with a narrow profit margin, as it employs some 82 full- and part-time workers.

The highly skilled crew of internationally trained performers are especially glad for the employment. Most, like Kent, have appeared in assorted ZinZanni shows for a decade or much more. They have missed the gig during the long layoff — and not just because of the paycheck.

“It’s a homecoming for all of us too,” says Kent, a former Seattle resident who now lives in New Mexico when he’s not on the road with ZinZanni. “It’s everything that home represents for us. It’s all about returning to that family feeling we have about the company.”

Rachel Nehmer, who with her husband Ben Wendel perform as the awe-inspiring trapeze act Duo Madrona, says they had to scramble to support themselves and their two young children while ZinZanni was shut down.

“Ben got a job in tech, and I became a physical trainer on Zoom,” said Nehmer, who lives in West Seattle. They did their best to stay in condition for their extremely athletic airborne act by running and doing other exercises, but hadn’t had the opportunity to hoist up on a trapeze until ZinZanni resumed in late November. “We thought maybe we should retire now that we’re in our 40s, but we’re so happy to be back,” she said.

While the SODO run has been a boon, Langill and company still face the task of finding a long-term open space to park one of the two atmospheric cabaret tents that have become a ZinZanni trademark — or to snag a spacious, flexible indoor facility with sufficient square footage, ceiling height and amenities (gas, electricity, industrial kitchen) to settle into.

But in his typical fashion, Langill is optimistic. “We can’t compete with housing developers,” he says. “But what’s interesting and promising to me is SODO, because it hasn’t defined itself.” Noting that this industrial area has great freeway and public transportation access from all directions, he says, “I think there’s potential for the neighborhood to become a new Seattle entertainment district.” 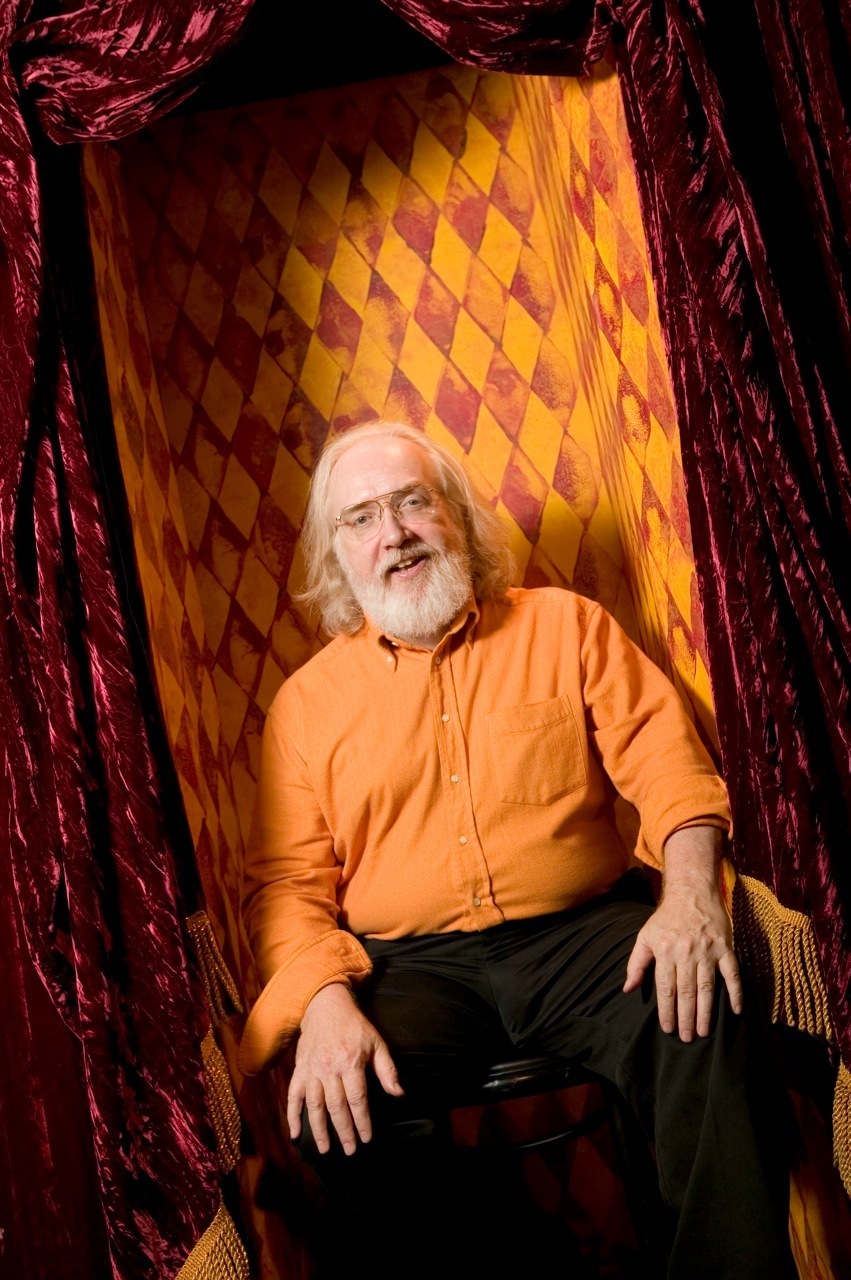 But with many landowners eager to maximize their properties’ full income potential, it is harder for mainstream for-profit outfits like Teatro ZinZanni, which serves a few hundred people at a time, to find a landing place.

If anyone can pull it off, Langill can, asserts Seattle restaurateur Tom Douglas. Douglas has been involved in Teatro ZinZanni since its early days, designing menus in the past and serving on the board of directors currently. When ZinZanni adopted a for-profit model, Douglas became an investor, though “not to make a profit or get rich,” he says. “I’m just a big fan of live theater and I loved the idea of [ZinZanni], the actuality of it, and I didn’t want to see it go away.”

Douglas, who also struggled to keep his chain of Seattle eateries alive during the pandemic, knows firsthand “how hard it is when a restaurant or arts group is trying to pay the same kind of rent an office building would. But what makes it work,” he says, “is the magic of a landlord recognizing the value of having you there, how good it is for their property.”

It seems unlikely, at least currently, that ZinZanni could land the kind of deal it has forged in San Francisco. With the help of the City of San Francisco and real estate developer Kenwood Investments, ZinZanni will install one of its several cabaret tents within a new development on waterfront property along the Embarcadero, which will also include a new hotel and a pocket park. After long delays, the project is moving ahead.

Douglas says he’d love to see Seattle make more of these kinds of corporate/municipal investments in the arts. “Our city council and city government often take for granted our arts institutions, and don’t recognize the importance of our arts scene as an asset of the city,” he says. “It’s part of our identity.”

Maintaining that identity and revitalizing an arts scene is often up to dreamers and doers like Langill. And over the years, says ZinZanni veteran Kent, “I’ve come to have faith in Norm’s optimism. I’ve seen him pull difficult things off over and over and over again,” he says. “Whatever it is that keeps him upright, I’m amazed at his ability to push things forward and gracefully pull everybody along with him.” 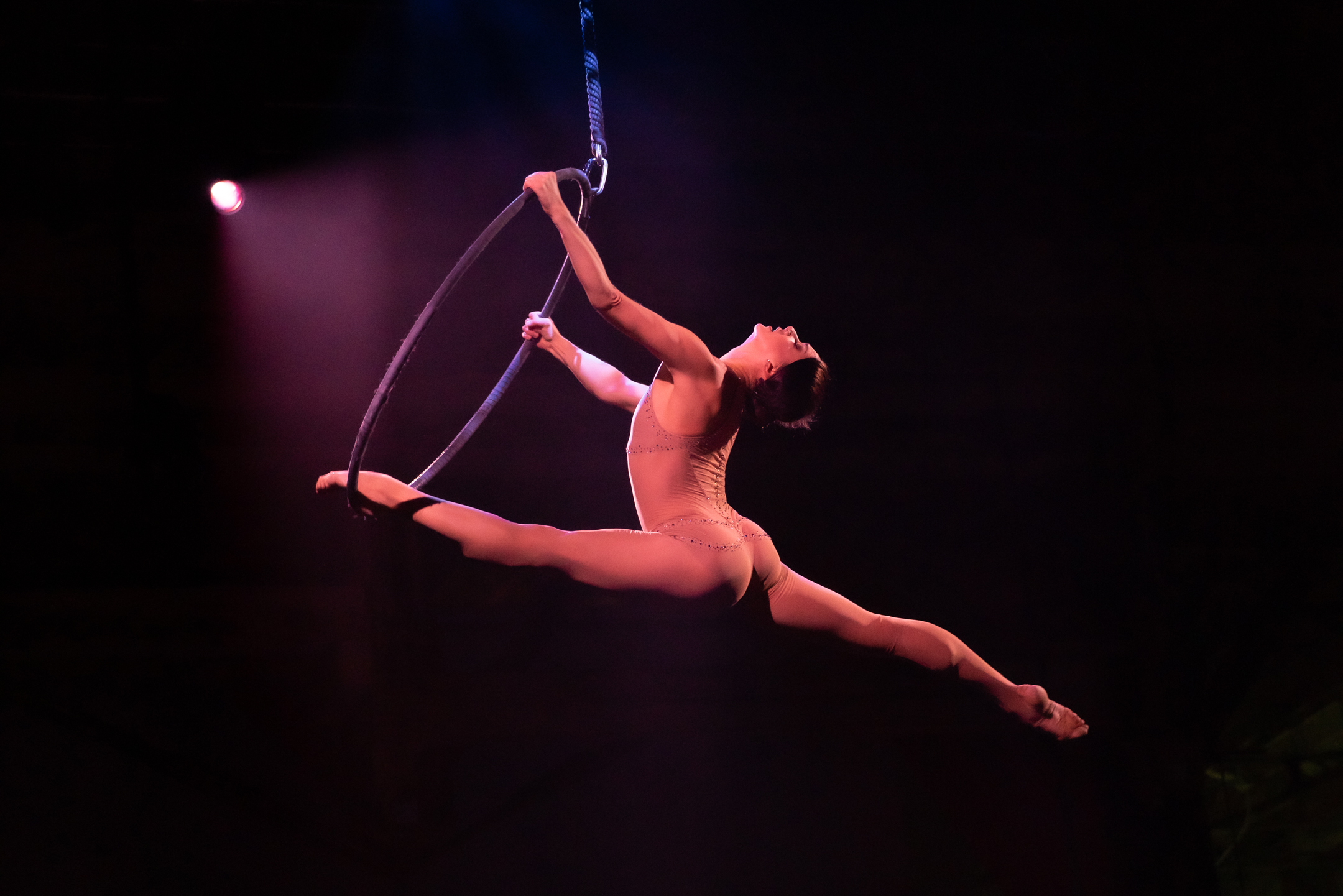