Five Roombas in a room

I’ve never felt so tender toward a vacuum cleaner, I thought. I was standing hunched over a 144-foot glass box wherein five Roombas slowly chipped away at a human-sized pile of musky brown leaves. Looking at them from above like a spectator in the zoo, I witnessed the electro-critters whiz and whir, pushing the leaves around and working them down into manageable, Hooverable pieces.

The Roombas (and the dried leaves) come courtesy of Seattle artist Launa Changnon, part of her smart and humorous installation about grief, I'm sorry for your loss, at Method Gallery in Pioneer Square. The idea is that the Roombas will, eventually, succeed in conquering the mound of leaves, 4,200 gallons total. But on opening night, with the leaves — and the grief — fresh, the pile seemed like a mountain, showing that there’s no such thing as “just suck it up.” - MVS

If you go: Launa Changnon: I’m sorry for your loss, Method Gallery, through Feb. 18. (Free)

Become part of the performance

If the idea of “audience participation” terrifies you, you’re not alone. New York-based choreographer Faye Driscoll felt similar. So, as artists do, she leaned into the discomfort to make a trilogy of performances that asks the audience to become a part of it, titled Thank You For Coming. I witnessed the trilogy’s second installment, Come On In, and can attest: The result is not cringey but strangely, and amusingly, beautiful. In SPACE, the final installment, Driscoll will be using pulleys, ropes, weights and sound to sculpt a requiem for the human body. - MVS 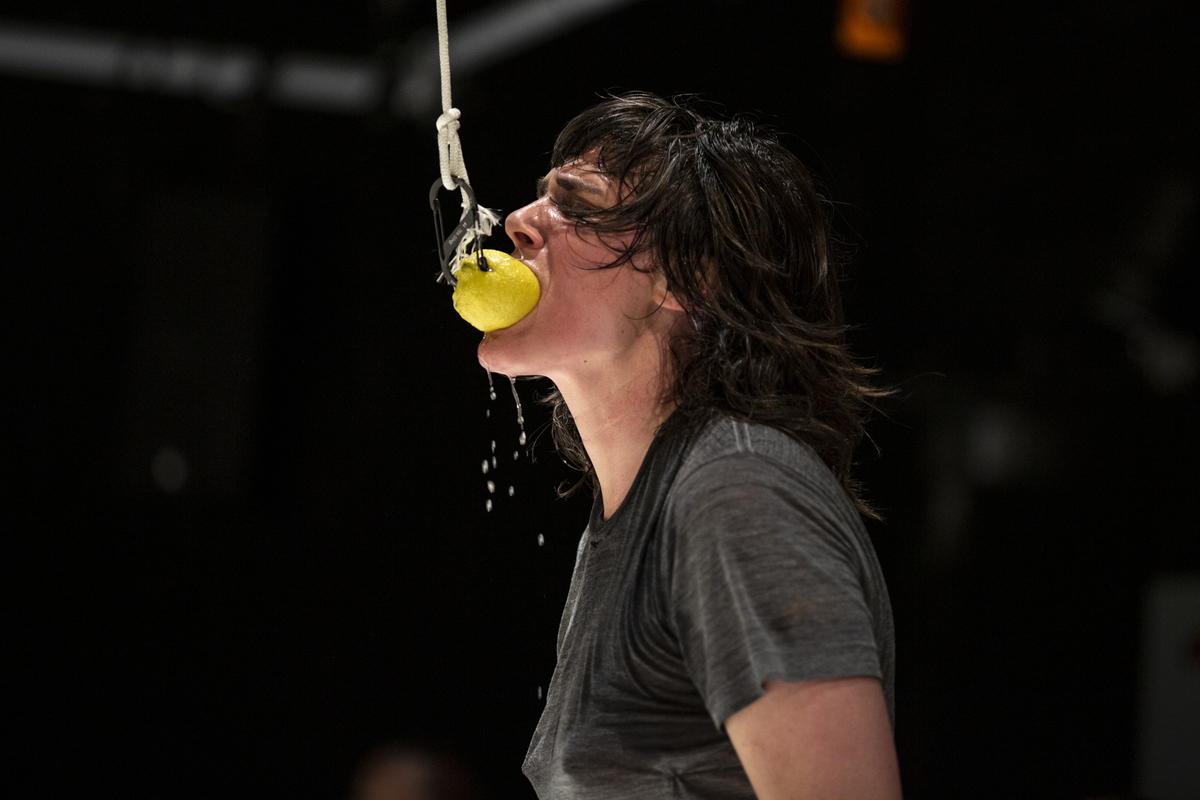 New York-based choreographer Faye Driscoll has created a trilogy of performances that asks the audience to become a part of it, titled "Thank You For Coming." She'll perform the final piece this week at On the Boards. (Maria Baranova)

New York-based choreographer Faye Driscoll has created a trilogy of performances that asks the audience to become a part of it, titled "Thank You For Coming." She'll perform the final piece this week at On the Boards. (Maria Baranova)

Local rock to get psyched about

Few Seattle bands can pick up the pieces of a heartbreak and forge them into catchier songs than the local psych- and glam rockers of Acid Tongue. “I know I should not stay with you/But what a ride/Suffering for you,” the band croons in its latest earworm, “Suffering for You,” from its 2021 album Arboretum. Acid Tongue is coming to Neumos with Seattle rock ’n’ rollers Shaina Shepard and Smoker Dad. If that doesn’t scratch your local music itch enough, head downstairs to Barboza (located in the same building), where — speaking of hallucinogens — the synth-psych rockers of Seattle band Peyote Ugly will open for Portland’s Shadowgraphs. - MVS

Swallowed up in vocal music

The announcement of the 2013 Pulitzer Prize in Music came as a surprise for several reasons: The winner, Caroline Shaw, was just the fifth woman to receive it; she was the youngest recipient yet; and, most unusually, she won it not for a large-scale symphony, opera, or oratorio, but for a chamber choral piece, Partita. What’s she been up to since? For one thing, a piano concerto, Watermark, which the Seattle Symphony commissioned, then premiered in 2018, and lots more vocal music — including and the swallow (2017), which Seattle contemporary vocal octet Radiance will perform alongside music by Nico Muhly, Arvo Pärt, Philip Glass, Seattle composer/organist Peter Hallock, and, going back a millennium, medieval chant by Hildegard of Bingen. - GB 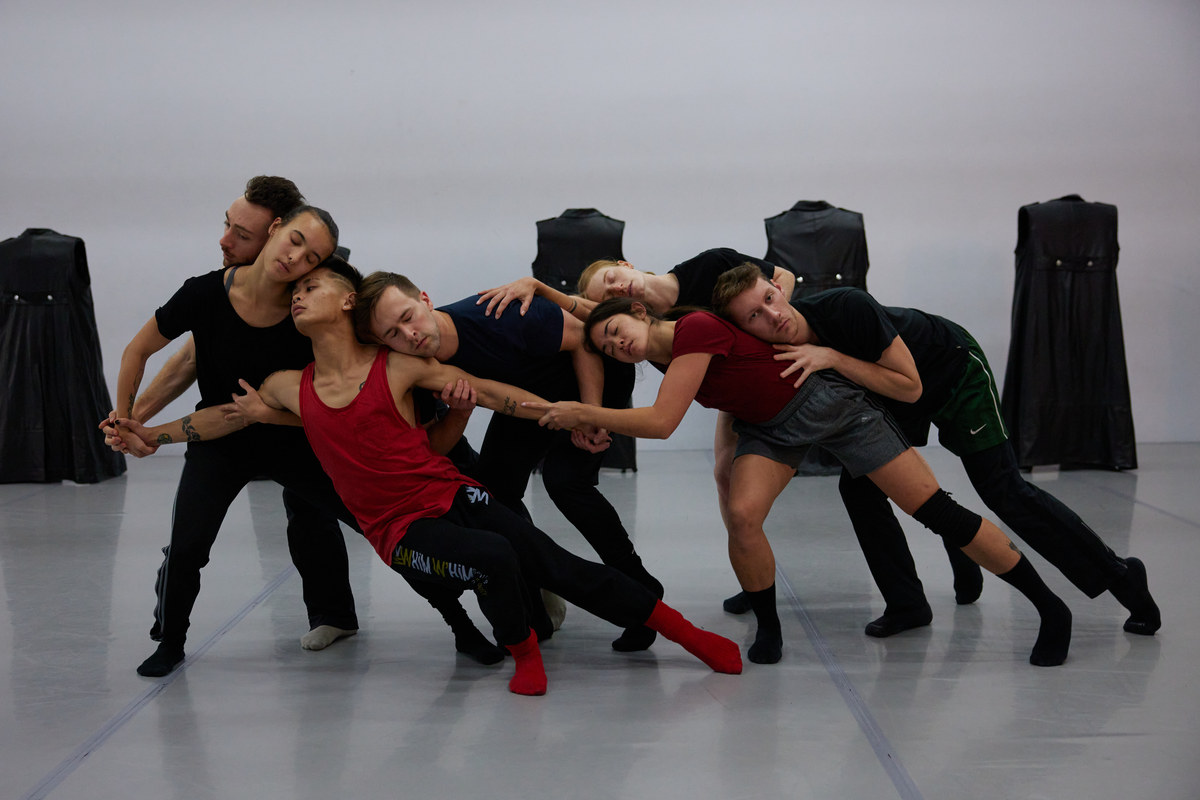 With the purchase of a new permanent rehearsal space, 2022 ended with a bang for Seattle contemporary dance company Whim W'Him. While the company’s home base may change, its recipe for success will not: showcasing new and exciting contemporary dance by choreographers from all over the world. For their winter-season triple bill, choreographer Annabelle Lopez Ochoa created a brand-new dance piece about Cuban refugees and their dangerous journeys. Also in the lineup: a fresh take on TV relationships and “A Touch of Lavender,” a new dance piece that reflects on LGBTQ+ rights, which continue to be under threat. - MVS

“I was once so terrified of my own contentment/I bit my shoulder/and drew blood there,” Seattle poet Gabrielle Bates writes in “Dear Birmingham,” one of the many highlights in her debut collection Judas Goat. Named after the herd-embedded animal tasked with leading sheep to slaughter, the vivid collection — imbued with religious imagery and the fleshiness of death — shivers with gothic pleasure. The book, out from Tin House on Jan. 24, has already been hyped in Vulture and the Chicago Review of Books — and we’d like to add to that chorus. Bates, and other invited poets, will host an evening of poetry at Columbia City’s Royal Room to celebrate. - MVS 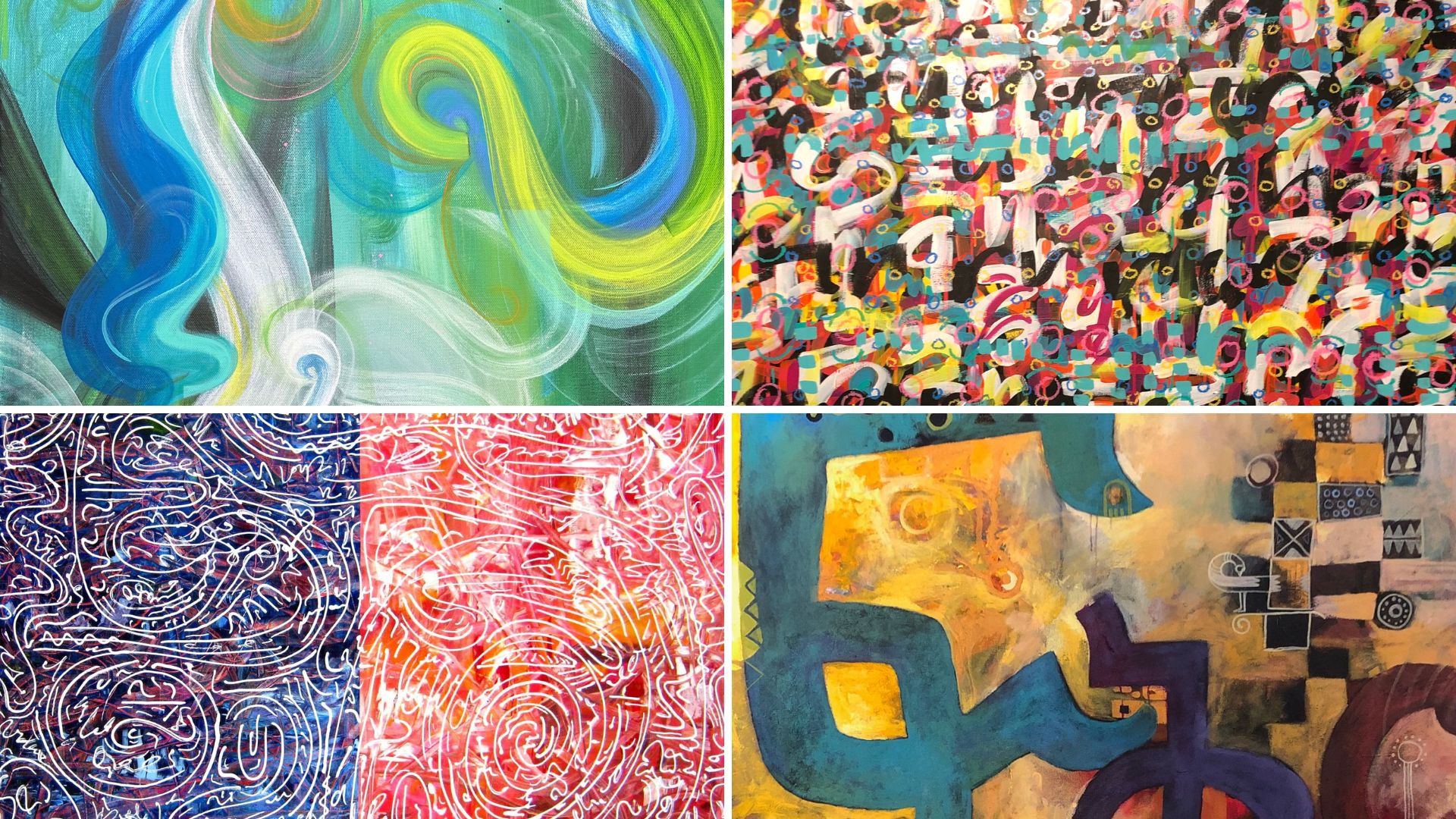 While the Northwest African American Museum has stayed busy over the past couple of years, the historic Colman School building has remained closed to the public. The museum reopened just last week with a brand-new art show, The Colors of Life: African American Abstract Art and the Regathering of Community. The exhibit features four Black Northwest artists whose abstract work twists and shimmies on the walls — such as Vincent Keele’s paintings, which swim with a secret language, hieroglyphic markings on deep blocks of color. Also included are abstract works by Shantell Jackson, Lo Mar Metoyer and Yeggy Michael. - BD

Years ago, the Seattle Symphony used to present operas in concert form — meaning with the soloists, chorus and orchestra performing onstage without sets, costumes, or action. It’s an elegant solution for those operas whose music deserves to be heard but which, frankly, don’t quite justify the cash it would take to fully stage them. Camille Saint-Saëns’ Samson and Delilah is probably an ideal work for such an approach (or do you really want to spend all that money on the destruction of the temple?). And the Seattle Opera is doing just that.

For the title roles of this Biblical tale of the strongman brought down by a seductress, the opera has cast tenor Yonghoon Lee and mezzo-soprano J’Nai Bridges — the latter a Tacoma native making her Seattle Opera debut. Baritone Greer Grimsley sings as the High Priest who puts her up to it. - GB

International artists in the Central District

The new art show at Central District art center Wa Na Wari features a lively concoction of artists from all over. Included is Kriston Banfield, from Trinidad and Tobago, whose surreal, mythic paintings play with hyperpigmentation, with glowing figures in blue-black, purple and chrome-yellow skin (live-streamed artist talk Jan. 20 at noon).

Also on deck: New York City-based multidisciplinary artist Sable Elyse Smith, who presents “How We Tell Stories to Children,” a single-channel video with a rush of clips — including a personal phone conversation with her incarcerated father. Amanda Howell Whitehurst, of Jacksonville, contributes images of empowered women in both vintage comic-book style and lush portraits. And Seattleite Bonnie Hopper, known for her paintings of jazz icons, brings a series of vibrant collage works. - BD 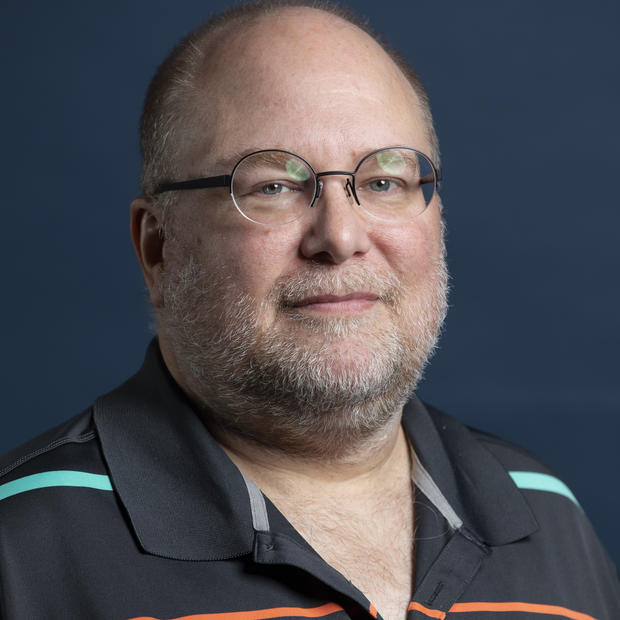 Gavin Borchert is the copy chief at Crosscut.