Washington state blocked what would have been the largest bulk coal terminal in the country. Trump's change to the Clean Water Act might make that harder in the future. 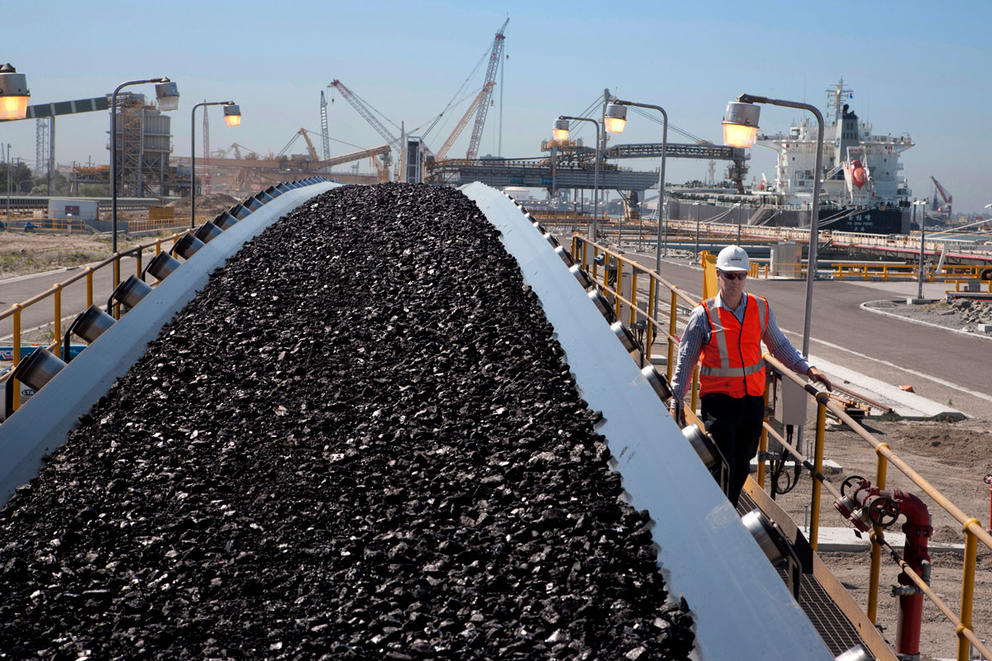 At nearly 17 million acres, the Tongass National Forest in southeast Alaska is part of the largest intact temperate rain forest in the world. Meanwhile, about a thousand miles south in Longview, Washington, on the banks of the Columbia River, decades of industrial waste mar the proposed site for the largest bulk coal terminal in North America.

On the surface, these places may not have much in common, but they’re both part of a simmering nationwide conflict over state and federal power. In the Tongass, that means the Trump administration deferring to Alaska’s desire to rewrite federal rules to promote logging, while in Longview, that looks like an executive order designed to limit a state’s ability to block fossil fuel projects — including the Millennium coal export terminal.

The Trump administration’s treatment of these areas demonstrates its all-in support for extractive industries. In the name of energy dominance, the federal government is looking to curtail state environmental reviews and promote fossil fuel exports. By doing so, it’s wading into an ongoing fight between coastal and interior West states over permit denials for export facilities on the West Coast. Where the administration stands on that battle — and its apparent willingness to trample on some states’ regulatory authority — exposes the uniquely flexible nature of its support for states’ rights: It appears interested in shifting power to states only when the goal is less environmental protection.

President Donald Trump’s April 10 executive order was part of a package of directives designed to pave the way for infrastructure like the Millennium coal terminal. In the order, Trump asked the Environmental Protection Agency to rewrite the policies for how Section 401 of the Clean Water Act is implemented. That section of the linchpin federal law gives states and tribes authority over whether to permit facilities that release pollution into federally protected waters within their borders. Trump’s directive declares that the current process “cause(s) confusion and uncertainty, leading to project delays, lost jobs, and reduced economic performance.”

While it’s unclear exactly how the EPA will change the guidelines, environmental lawyers are skeptical that the executive branch has the authority to weaken state and tribal oversight. That’s because the right of states to protect their rivers, lakes and coastal waters is fundamental to the Clean Water Act, and the 401 certification process gives affected communities a voice in that process. Andrew Hawley, a lawyer with the Western Environmental Law Center, put it bluntly: “To undermine that goes straight to the heart of the Clean Water Act.”

The orders come as states are battling over export infrastructure along the Pacific Coast. Fossil fuel-producing states in the interior West — frustrated that local and state governments in Washington, Oregon and California have stymied a string of projects — see Trump’s directives as a crack in the coast’s green wall. “I stand with governors across the land in asserting our states’ rights to access markets foreign and domestic,” said Wyoming Gov. Mark Gordon, a Republican, following the orders’ announcement. “The states along the West Coast have abused their authority under Section 401 of the Clean Water Act to unfairly discriminate against Wyoming coal.”

Gordon blamed the blocking of export facilities on climate politics, but Washington denied the Longview permit because of local impacts, not big-picture threats. In a summary of the decision, the state’s Department of Ecology wrote that the project “would cause irreparable and unavoidable harm to the Columbia River” by driving hundreds of pilings into the riverbed, destroying nearly 30 acres of wetlands and aquatic habitat, increasing ship traffic on the Columbia River by 1,680 trips a year and impairing tribal access to protected fishing sites.

Elsewhere, the Trump administration has sought to shift power to the states — so long as the end result would slash environmental protections. In the past couple of years, the Interior Department has implemented policies that defer wildlife management to states, allowing controversial hunting practices like killing coyotes and wolves during denning season in national wildlife refuges in Alaska. And the Forest Service is working with Utah and Alaska to weaken restrictions on carving roads into roadless forests. That would mean major changes in areas like the Tongass, where most of the forest is inaccessible to industry.

As some Western states get more leeway to weaken environmental safeguards, green activists are left wondering how far the federal government will go to subvert state regulatory authority in their communities. Diane Dick, who lives just outside the Longview city limits, has spent the better part of a decade fighting the Millenium coal terminal. From the beginning, she said, the fight over the terminal felt bigger than just one project; she’s watched it become a poster child for a national debate over energy infrastructure. Now, as the executive branch tilts the scales against local environmental protection, Dick sees a larger question looming: When and based on what can a community protect itself?

This story was originally published at High Country News on April 24, 2019.