Canada’s Trans Mountain Pipeline is a go. What’s that mean for WA?

The project will dramatically increase tanker traffic in the Salish Sea, and with it the risk of a major spill. 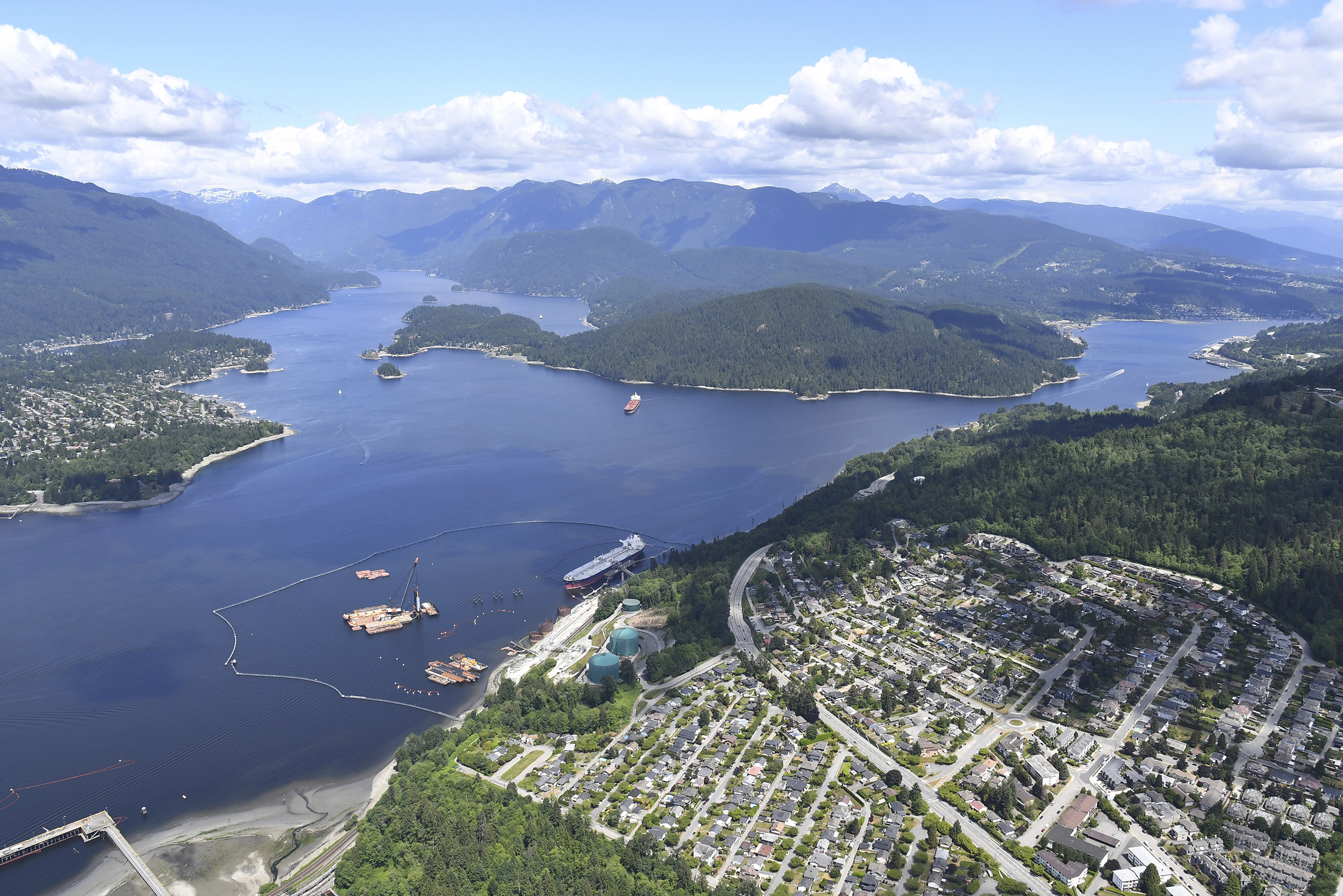 An aerial view of Kinder Morgan's Trans Mountain marine terminal in Burnaby, B.C., is shown on May 29, 2018. (Photo by Jonathan Hayward/The Canadian Press via AP)

The international border that runs through Boundary Pass is a line on the map. It is invisible to the naked eye and the tides that flow through it and the network of inland waterways shared by Washington and British Columbia know no national jurisdiction. It is because of this fluid border that environmental activists, tribal members and government leaders in Washington state paid attention when Canadian Prime Minister Justin Trudeau announced Tuesday that his country would proceed with expansion of a controversial pipeline that will increase oil tanker traffic in the Salish Sea by an estimated 700 %.

The U.S. and Canadian Coast Guards have shared duties managing vessel traffic in the area since 1979. Scientists and indigenous groups from both Washington state and British Columbia work together to study this unique ecosystem of sea stars, salmon and orcas. Yet the decision to go ahead with the expansion of the Trans Mountain Pipeline, which is planned to run from Alberta’s tar sands to an oceangoing terminal in Burnaby, just outside Vancouver, was made in Ottawa, leaving Washington state on the sidelines.

That rankles environmental advocacy groups, such as Friday Harbor-based Friends of the San Juans, who have been tracking the multiyear saga. “As islanders, the Salish Sea is our everything — it drives our economy and our property values,” said the group’s executive director, Stephanie Buffum. “We can’t stand idle at the international border as Canadian lawmakers push this through our shared waters.”

The group’s marine protection director, Lovel Pratt, told Crosscut, “We were outspoken in our opposition, but even though the Salish Sea is a transboundary waterway, unfortunately the project didn’t benefit from a transboundary permitting review process.”

Other recent energy infrastructure projects affecting both countries, like the Keystone XL Pipeline, went through a so-called “transboundary review” that required executive decisions from both national governments.

Pratt, who was on her way to an oil spill prevention and response conference in Vancouver, B.C. called the pipeline project “high risk.” According to a vessel traffic assessment by researchers from George Washington University and Virginia Commonwealth University that was based on data from 2015, the pipeline project will increase tanker traffic through Boundary Pass and Haro Strait, the narrow waterways separating the San Juan Islands and Vancouver Island, from five per month to once daily.

With the projected traffic increase from the Trans Mountain expansion, the researchers concluded that the likelihood of a 660,000 gallon or larger spill at Boundary Pass would increase 800%. There is no consensus on whether diluted bitumen, the molasseslike oil that comes out of petroleum-rich Alberta, sinks or floats — a key factor in the ease of cleanup in the event of a spill.

Elected officials on both sides of Boundary Pass expressed disappointment following Tuesday's announcement. In a statement, Washington Gov. Jay Inslee said, “The costs to our environment and communities are simply too high. This pipeline, if built, will impose significant negative impacts on our coastal communities, increase the risk of oil spills in our shared waters and double down on carbon-intensive fossil fuels at a time when world leaders need to double down on clean energy. If the pipeline is expanded, we may see a call for additional investments to bring more fossil fuels into Washington state.” Inslee is running for president of the United States on a climate-change platform.

“Although I regret the federal government’s decision, it is within their authority to make that decision. It is now up to [B.C. Environment Minister] George [Heyman] and I to make sure as this project proceeds, it will have no impact on our environment,” B.C. Premier John Horgan said at a press conference in Vancouver.

The Trans Mountain Pipeline has operated since 1953 and was most recently expanded in 2007. Kinder Morgan, a Houston-based oil company, initially proposed twinning the pipeline and received a green light from Trudeau in 2016. That prompted protests that some expected would become a Pacific Northwest version of the 2016 protests of the Keystone project at the Standing Rock Indian Reservation in North Dakota. The project also met resistance in the courts. Kinder Morgan eventually got cold feet, and Trudeau’s government last year bought out the pipeline for $4.5 billion Canadian ($3.37 billion U.S.).

Washington-based Coast Salish tribes are also fuming that the pipeline is moving forward despite vigorous opposition from First Nations.

“Whatever Canada’s ‘public interest’ may be, this clearly places the burden on Coast Salish tribes and nations, and indeed all people and species that rely on the Salish Sea for nourishment, recreation and cultural and spiritual fulfillment,” said Swinomish Chairman Brian Cladoosby.

Chief among those concerns is the potential impact on the ailing south resident orca whale population. “A major spill could cause their extinction,” said Pratt, the marine protection director of Friends of the San Juans. Even without a spill, she said, the increased vessel noise will further impact the orcas’ ability to communicate and to hunt for chinook salmon. Reducing vessel noise is among the recommendations of Washington’s Orca Task Force.

The Seattle-based Puget Soundkeeper’s acting director, Katelyn Kinn, told Crosscut it was a “merciless incongruity” that Trudeau’s decision came in June, which Washington has celebrated as Orca Awareness Month for 13 years. (Oregon and British Columbia both adopted the month of recognition in 2016.)

“There has never been a time to pile on yet another threat to southern resident orca whales,” Kinn said. “But now is most certainly not that time.” 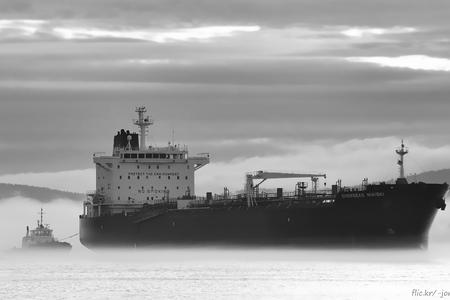 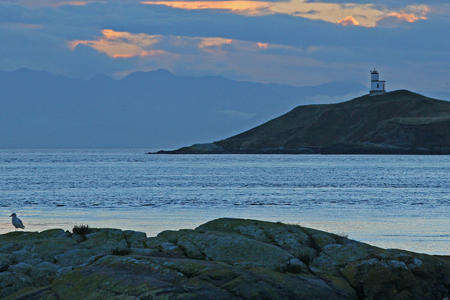 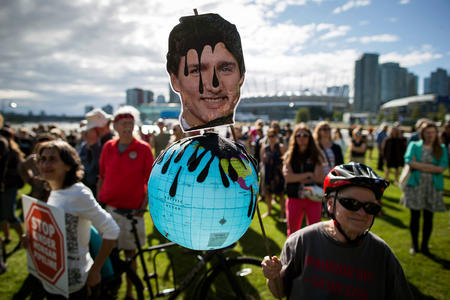 The ruling could threaten the pipeline's expansion.

by / August 31
Article continues below

The ruling could threaten the pipeline's expansion.