The pandemic might set back field science for years As the coronavirus pandemic takes tens of thousands of human lives, grinds society to a halt and tears a hole in its financial and social safety nets, the natural world continues to persevere around us. But with the majority of environment-focused scientists, natural resource managers and field technicians who study and maintain the natural world working remotely to flatten the curve, the flow of crucial data yielded by fieldwork has essentially been frozen.

“I think almost everybody that I know, in one way or another, is scrambling to reorganize their fieldwork,” says Department of Natural Resource’s Dr. Teodora Minkova, research and monitoring manager of the Olympic Experimental State Forest. “Inevitably, these projects have been affected.”

There’s concern from within agencies and universities that their ability to monitor the environment is limited, and they aren’t able to perform some important fieldwork.

“The biggest question eventually is when we get back to work, what did we miss or what things have changed? [But right now], it's really hard to tell,” says Todd Mitchell, environmental director of the Swinomish Indian Tribal Community’s Department of Environmental Protection. “We don't know at this point. And we’re just hoping for the best.”

The long-term repercussions of both may leave profound impacts on our understanding and conservation of Washington’s natural systems.

Resilience in the field

Multiple sources at the National Oceanic and Atmospheric Administration, Washington departments of Natural Resources and Fish and Wildlife, the University of Washington and other agencies say research and projects deemed essential to human health and food access can often continue while socially distanced.

But the projects that can’t move forward will lose critical data and monitoring opportunities, putting vulnerable animal populations at risk.

“It might allow a lot of illicit activity to flourish and just hamper our ability to keep tabs on species that we're really concerned about, or put in place important conservation actions to stop species declines,” says UW wildlife ecologist Dr. Laura Prugh.

Michael Schmidt, deputy director of salmon advocacy and research organization Long Live the Kings, helps coordinate field programs (like the Salish Sea Marine Survival Project) across a number of partner agencies. He says it took a week for many science groups to realize what they could justify as essential work.

Some projects can be rescheduled. Long Live the Kings was planning a study of the Ballard Locks to test technologies that deter seals from preying on adult and juvenile salmon, but it can’t happen until researchers can access the property.

At Fish and Wildlife, the pandemic means triaging plans for some survey work and research. “Many things we're just not going to do,” says Hannah Anderson, listing and recovery section manager at Fish and Wildlife’s Wildlife Diversity Division. “We really could miss whole years of data collection, and we're just going to have to deal with that. We're sort of just all in that boat, right? Of course our first priority is the safety of our people. And so that's just how it's got to be.”

Researchers say it often takes a while for environmental impacts to register, so the severity of lost data or impacts to unmonitored land won’t be clear until the shutdown ends.

“We're not hyperanxious about conditions being impacted over a couple of weeks,” says Cynthia Wilkerson, Fish and Wildlife’s Lands Division manager. “If it gets to be longer, then we're going to be thinking really hard about things like, you know, what is the lost opportunity on invasive and noxious weed management, what is the lost opportunity for restoration projects that are in progress, is there habitat spoilage associated with that. But at this point we don't have those anxieties.” 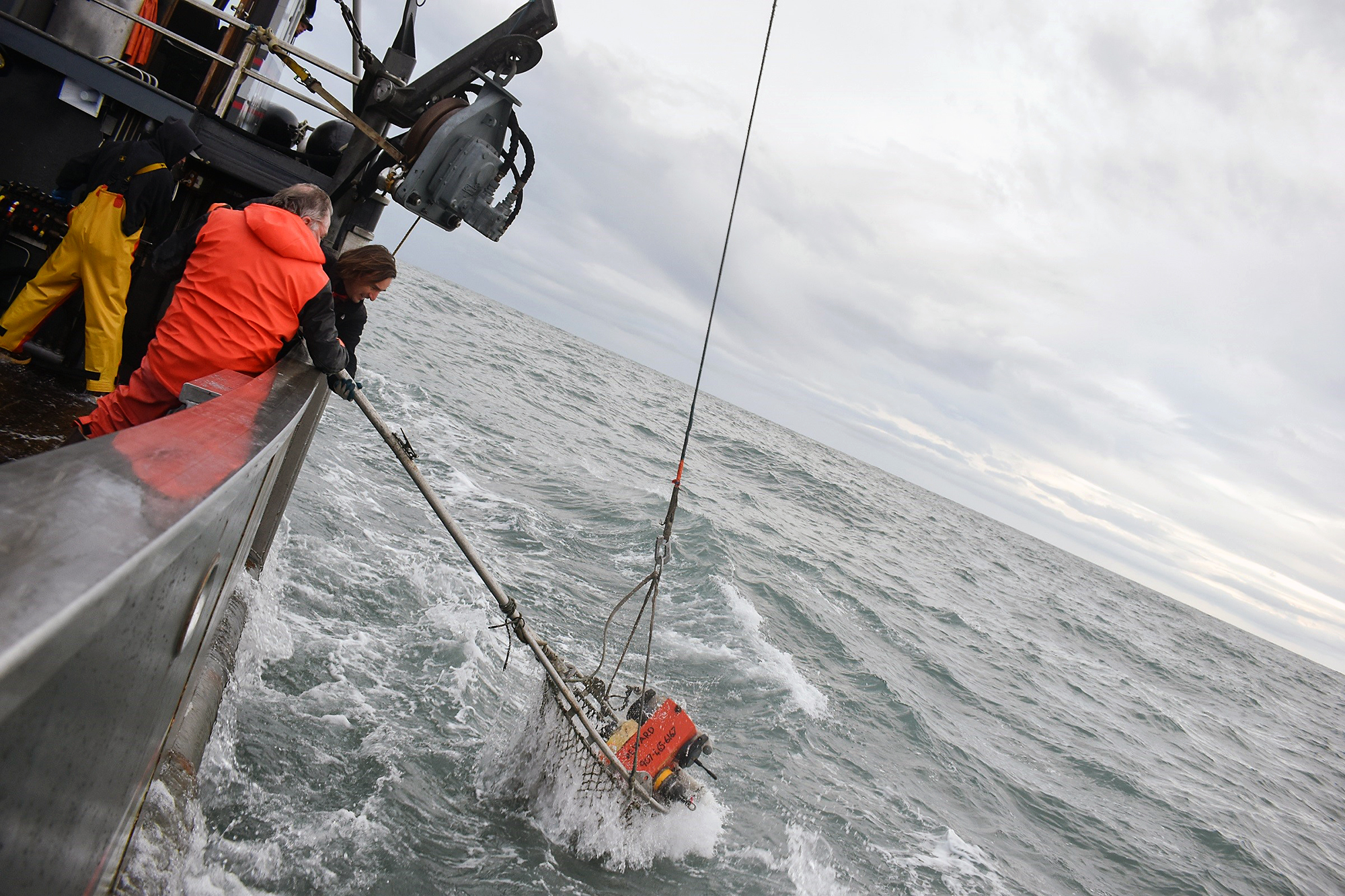 In Anderson’s division at Fish and Wildlife, the coronavirus means “almost everybody” is working from home, save for a “limited” number of essential staff, including people working with high-need projects involving animals in captivity. Some captivity programs, partnered with organizations like zoos and the National Park Service and the U.S. Fish and Wildlife Service, are moving forward in very limited capacities. One example is a reintroduction program for the Taylor’s checkerspot butterfly in which technicians continue to collect eggs and do minimal surveys while refraining from habitat management and invasive vegetation mitigation.

But many recovery programs are at risk, like those that involve sharp-tailed grouse and sage grouse. “We have super small individual populations," Anderson says. "But if we don't augment those we could lose them.” Plans to catch sharp-tail grouse in British Columbia for a reintroduction program this spring were canceled. Tall oatgrass control and northern leopard frog reintroduction work maintenance are also on hold.

For wildlife reintroduction projects, a monthlong delay could result in damage that lasts much longer than an equivalent month. Some species and habitat work must happen in narrow time windows or needs regular maintenance in order to avoid losses. A delay compounds the burden once work resumes.

“All of our endangered species work is important and, personally, it's hard to know that we're not going to be [doing it all],” Anderson says.

“It's a hard time for everyone — people are losing their jobs and their family members. We're definitely losing progress on our endangered species recovery, but we're just going to have to work harder,” she says.

Controlling invasive and competing species represents another risk. Bullfrogs proliferate quickly and eat endangered western pond turtle hatchlings, but Anderson says they can continue bullfrog control only at one infestation site. “We've been working really hard for the past five years to control that threat and if even just one frog makes it through … it could become an infestation all over again,” she says. 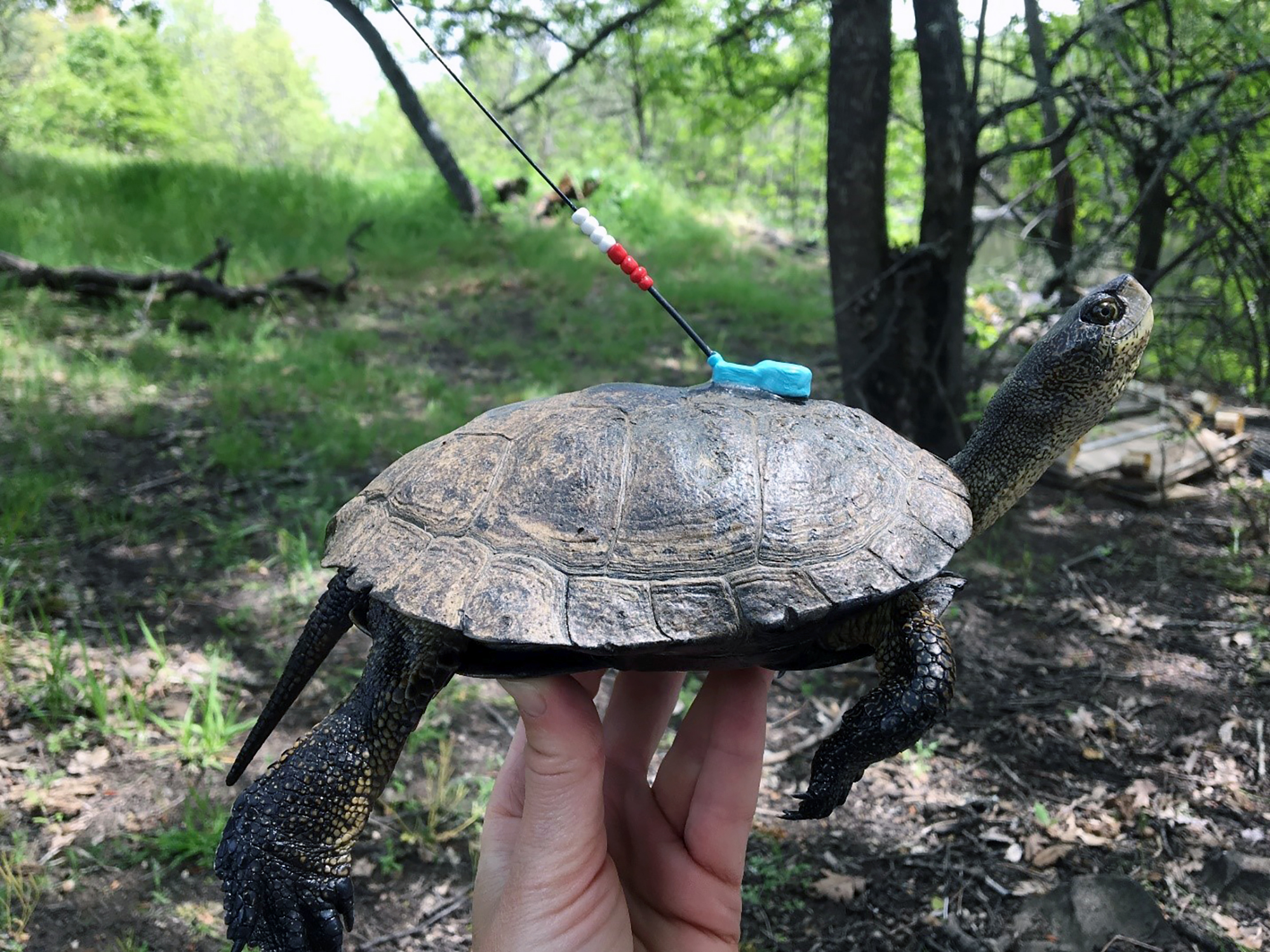 Dr. Manuel Castellote is a University of Washington researcher affiliated with NOAA's Alaska Fishery Science Center’s Marine Mammal Laboratory. To monitor the health and behavior of cetaceans off the coast of Alaska, Seattle-based acoustic monitoring specialists deploy acoustic recorders in protective underwater housings in the fall that record species of whales and dolphins over several months. ⁠His research guides sustainable development in these high-activity areas. NOAA's Protected Resources Division permitting development in places like Anchorage or Cook Inlet, including commercial or industrial projects, can reference research to ensure these projects don’t happen when and where they could negatively impact protected species.

“We were requested to postpone all fieldwork until the end of May,” Castellote says. April and May are usually heavy fieldwork months, but now, he can’t access those remote mooring stations to download data or free up memory space to record new data. The longer that the sensors are out in the field, the greater the risk of their being damaged or lost, along with all the data they’ve collected.

“It's basically creating a gap in our data set, because we can't continue the sampling, if we cannot service the instrument,” Castellote says.

Many surveys and research projects are also time-sensitive because they follow the life cycles of migrating species.

For Long Live the Kings’ partners, Schmidt says, spring usually means monitoring juvenile salmon as they migrate out of rivers. But all that work is essentially stopped because it’s too difficult to coordinate this fieldwork while social distancing. Researchers may not be able to fully track juvenile salmon migrating out from rivers to determine a run’s survival or health.

“A one-year gap can be a pretty big deal when trying to look at trends in these animals over time to make decisions about [whether they are recovering],” Schmidt says.

For studies that see drastic annual shifts in population dynamics or environments, NOAA’s Castellote says every year of data really counts. Climate change is altering Arctic ecosystems so quickly that marine mammal species like transient killer whales are arriving in certain areas sooner than expected, completely shifting behavior of prey and other species.

“You think because you have the past 10 spring samples that if you're missing one it isn't a big deal, but each spring has been quite different in the past 10 years,” Castellote says. A one-year data gap might make it difficult to predict trends even five or six years out.

“It's just a big waste of money if we suddenly have to shut down a project and have inconclusive results. We're not able to address those questions that we were being funded to address,” she says. “That is pretty heartbreaking to me that so much has been put into this project and now it's just a big black box.”