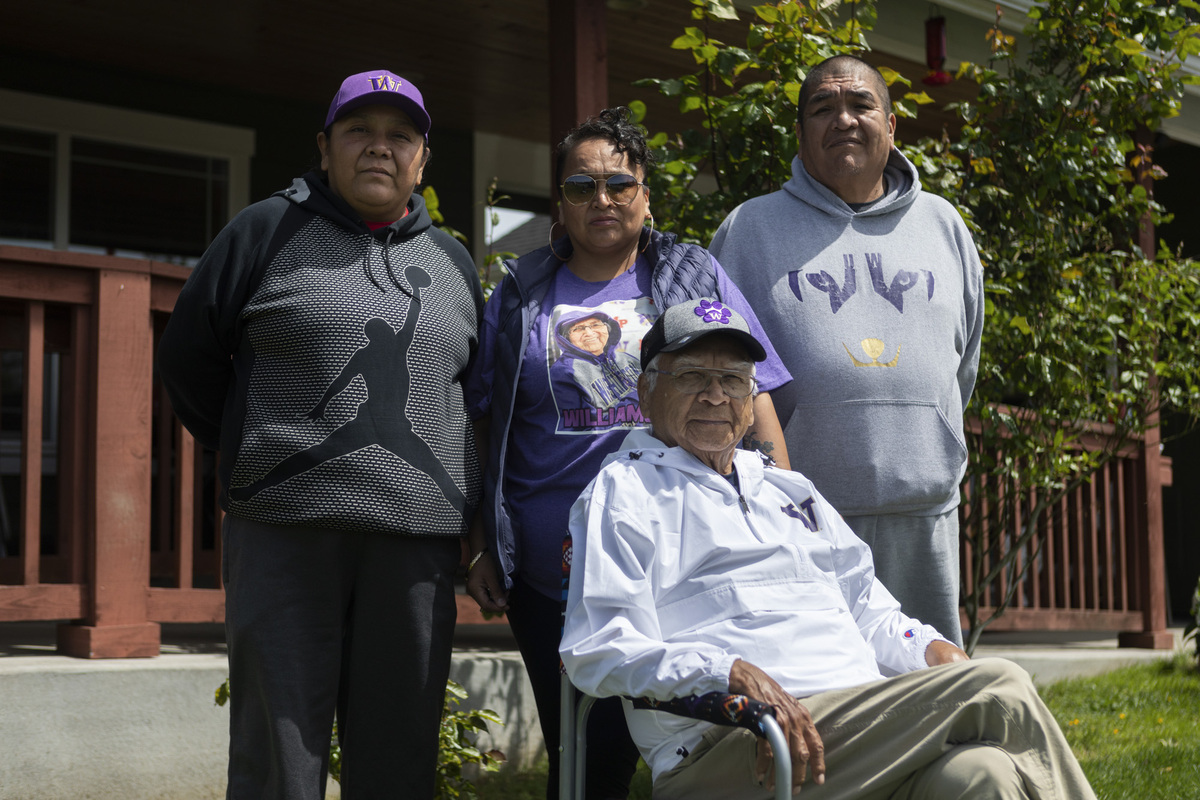 When Jacquie Williams-Battle first heard her mother was sick in early March, she didn’t think much of it.

So when Geraldine Williams, the 82-year-old matriarch of the family, died March 19 from complications with COVID-19, the loss was devastating to those who call the Tulalip Reservation home. Not only had they lost a treasured elder in the community, but they also lost a living link to the tribe’s past and traditions.

“She was an elder that was very active in our community,” said Glen Gobin, the vice chairman of the Tulalip Board of Directors. “She brought a strong foundation of faith that she shared with each and every one of us with open arms, and supported many of us with words of encouragement in times of our losses.

“That’s the sense of community that is always put at risk when we lose our elders.”

When Geraldine Williams first started to show symptoms, including difficulty breathing, a lack of appetite and fatigue, the family checked her in to the Tulalip Health Clinic on the Tulalip Reservation — where both mother and daughter live. She was sent home and told to rest and recuperate, but a few days later, as Geraldine Williams’ condition continued to deteriorate, the clinic sent her to Providence Hospital’s Colby Campus in Everett.

At the time, Williams-Battle was on her way to Las Vegas to watch her son, RaeQuan, play in the Pac-12 men’s basketball tournament as a shooting guard for the University of Washington. She returned to the Tulalip Reservation on March 15. By then, the test her mother took at the health clinic returned a positive result for COVID-19. 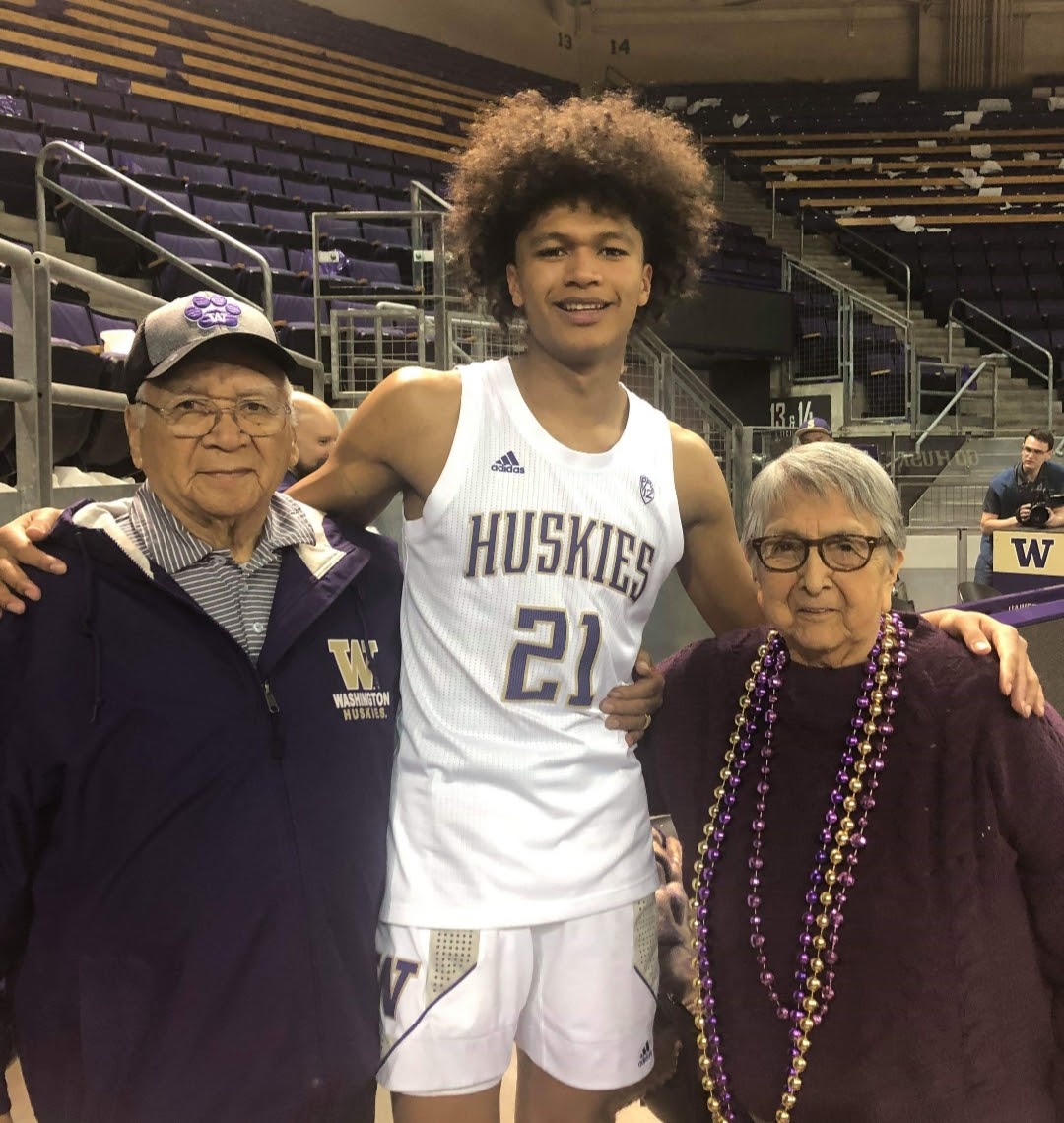 Four days after Williams-Battle returned to the reservation, her mother died. The family watched via video chat as Geraldine Williams took her final breaths.

“Day to day, it just felt like it was so long because we couldn’t be there with her,” Williams-Battle said. “And then when it happened, it was like it happened so fast because she went in that Thursday or Friday, and she passed a week later.”

The coronavirus continues to impact the daily life of people around the world, but two groups have been particularly susceptible: seniors and Native Americans. In May, the Navajo Nation surpassed New York to log a higher infection rate per capita than any U.S. state at the time.

Washington has 29 federally recognized tribes. The Tulalip Reservation is the eighth largest in the state by size and the seventh in terms of tribal population living on the reservation. As of Oct. 22, there have been 49 COVID-19 cases involving a member of the Tulalip Tribes of Washington. So far two people have died as a result of the virus: Geraldine Williams and Christine Enick, Williams’ sister, who died July 16 at 76 years old.

Ray Fryberg Sr. has spent four decades researching Tulalip tribal history and culture. A former tribal council member who has also served as the Tulalip Tribes’ director of cultural and natural resources, he believes the elders are a crucial presence for younger generations.

“They have all of those really significant teachings,” he said. “If you lose all of that — and you could, because the number of elders we probably have is only 50 or 60 — it would be a very significant loss for the younger people.”

Fryberg said centuries ago, elders functioned as teachers. They told stories about the natural world, taught children how to participate in society, passed down knowledge about traditional hunting and fishing grounds and played crucial roles in coming-of-age ceremonies. Elders also kept tribal traditions and language alive for the next generation.

Harriette Shelton Dover, a tribal elder and author of Tulalip, From My Heart: An Autobiographical Account of Life on the Reservation, once told Fryberg something that explains the role of the elders.

“She was always saying to us, ‘You gotta know who you are to know where you’re going,’ ” Fryberg said. Dover died in 1991.

In the past, non-Native people have disrupted this sharing of knowledge. Fryberg said that an early example of that came in 1857, when Jesuit missionaries built and ran the Tulalip Boarding School. The school operated until 1932, forcing Native students to assimilate into Euro-American culture, employing a theory of “kill the Indian, save the man,” Fryberg said. That meant stamping out Indigenous traditions, languages, religions and values, making the knowledge that survived critically important to the modern identity of the Tulalip Tribes of Washington. 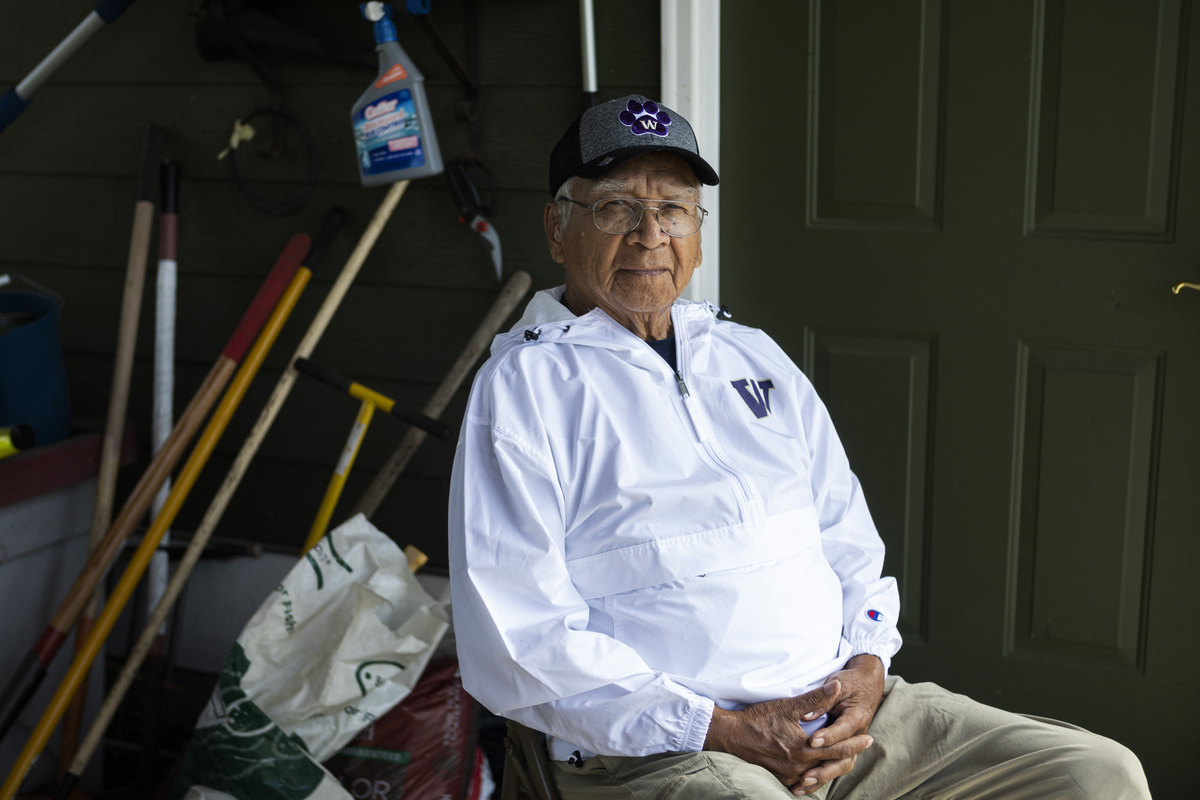 Arthur “Hank” Williams Sr. sits on the porch outside his home on the Tulalip Reservation. Williams became sick with COVID-19 a week after his wife, but he has since made a full recovery. (Lydia Ely)

Arthur “Hank” Williams Sr. sits on the porch outside his home on the Tulalip Reservation. Williams became sick with COVID-19 a week after his wife, but he has since made a full recovery. (Lydia Ely)

“You could either lose [your culture], you could give up on it, or you can have it taken away from you,” Fryberg said. “The end result is if you lose your own culture, you’re not yourself anymore.”

Fryberg said elders still play an important role in the social hierarchy and family structures on the Tulalip Reservation. But the knowledge of each senior tribal member is different, and the death of one can mean the loss of lessons, values and traditions, which might require the combined efforts of several other elders to recover. This was a difficult task even before the pandemic.

“They are the keepers of the knowledge that was handed down to them from the previous generation,” Gobin said of the elders. “They continue to pass that knowledge down to the next generation, and so if we lose our elders, it’s another changing of the guard.”

He worries that those values, specifically those related to collectivism and community, will be lost.

“We always stick together, help one another and stay in a pretty tight community, which is difficult to do in this world today,” he said. “Now it’s more about being self-sufficient, and taking care of yourself. We’ve always looked after one another, and the elders bring that value.”

For the Williams family, Geraldine Williams’ death was just the beginning of their struggle with the coronavirus.

In the following weeks, Geraldine Williams’ husband, Arthur “Hank” Williams Sr., 89, also contracted COVID-19. Williams-Battle’s 25-year-old eldest son, who lives with his grandparents, was diagnosed with the coronavirus, too, along with Waynetta Iukes, Williams-Battle’s 51-year-old sister. All three have since made full recoveries. 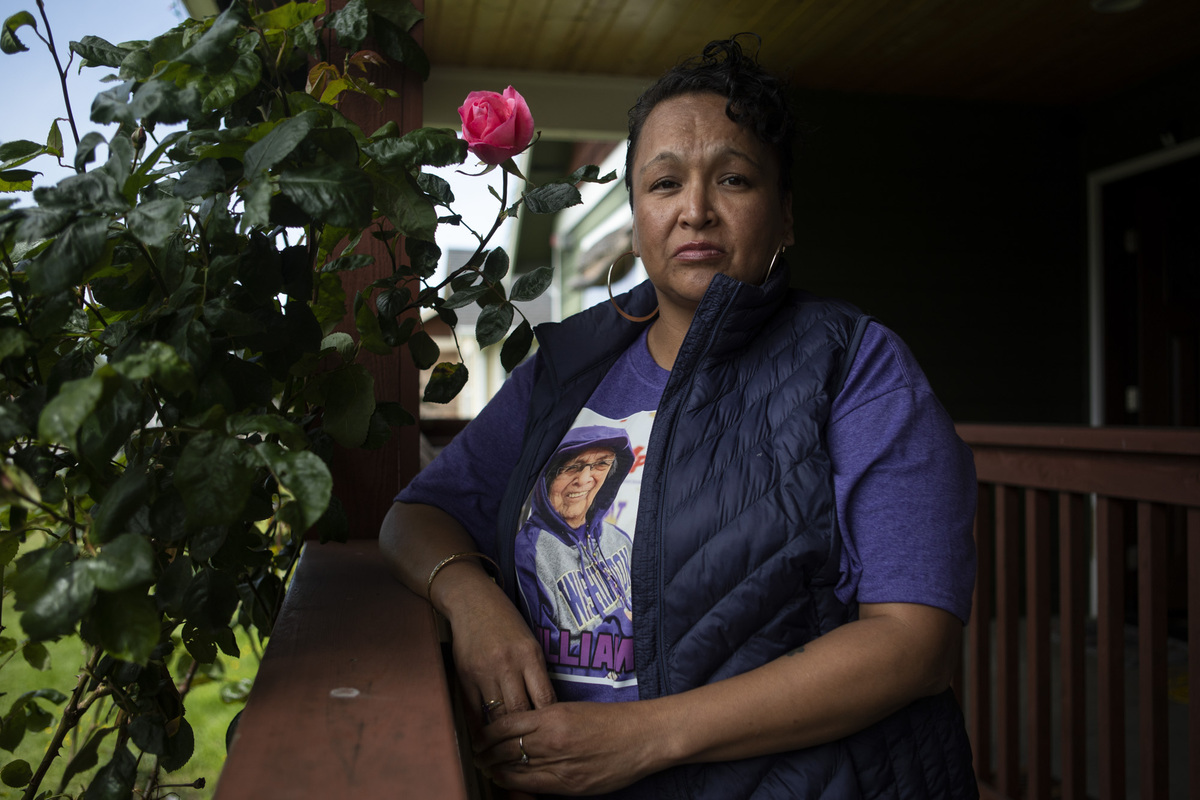 Jacquie Williams-Battle poses by a rose on the porch of her parents' home. The roses were initially planted by Jacquie's brother and father as a gift to her mother, and they now hold memories of Geraldine Williams for the family. (Lydia Ely for Crosscut)

Jacquie Williams-Battle poses by a rose on the porch of her parents' home. The roses were initially planted by Jacquie's brother and father as a gift to her mother, and they now hold memories of Geraldine Williams for the family. (Lydia Ely for Crosscut)

Hank Williams remains heartbroken by the loss of his wife. The couple’s 50th anniversary would have been in December; Williams-Battle said her father had told her he never expected to live longer than his wife. Having to wait more than a week to hold the funeral because of coronavirus restrictions made the loss more painful.

“[Geraldine] was a blessing,” Williams-Battle said. “She had a beautiful soul. She was a rock. Anybody who was going through anything would call her for prayer or just encouragement. She was strong. She was our matriarch. People loved her. Everywhere we went, they would hug her, wave at her. She was our backbone.”

Since Geraldine’s passing, Williams-Battle says the family is doing as well as they can. To fill in the gap left by their mother, she says she and her siblings are in better communication than before and Hank Williams still goes on walks around Tulalip as he did before the pandemic, despite closing in on 90.

However, seven months since Geraldine William’s death, Williams-Battle says she still acutely feels the loss of her mother and aunt.

Now the family hopes Geraldine Williams’ story will convince people just how serious the threat of coronavirus is.

“It’s real, it’s very real,” Williams-Battle said. “When you lose somebody that means the world to you — I just want people to know that it’s real.”

The Asian Hall of Fame honors its first Indigenous inductee

Virginia Cross, the Muckleshoot Indian Tribe’s chairwoman for over four decades, was chosen for her devotion to economic and educational issues. 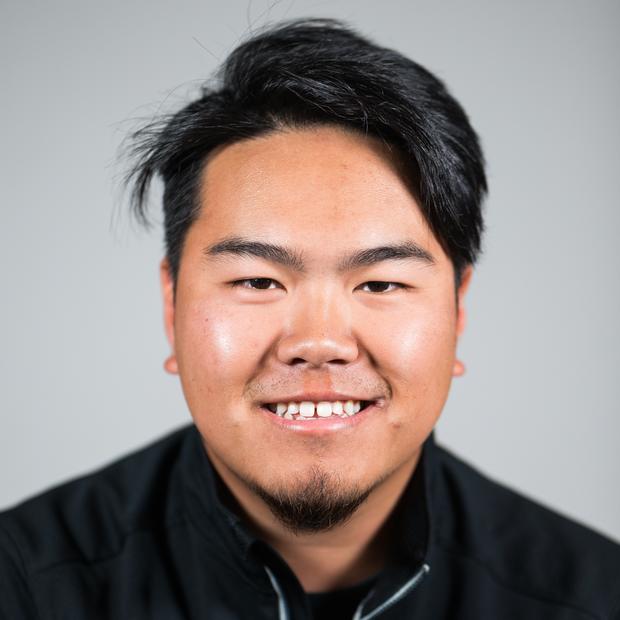 Andy Yamashita is a freelance reporter based in Seattle. A senior at the University of Washington where he majors in journalism and ethnic studies with a concentration in Asian American Studies, he has also previously written for the Denver Post, the International Examiner, Capitol Hill Seattle Blog, The Daily and others.