An epic season of smoke damages our environment and economy in ways that could last much longer than the haze. 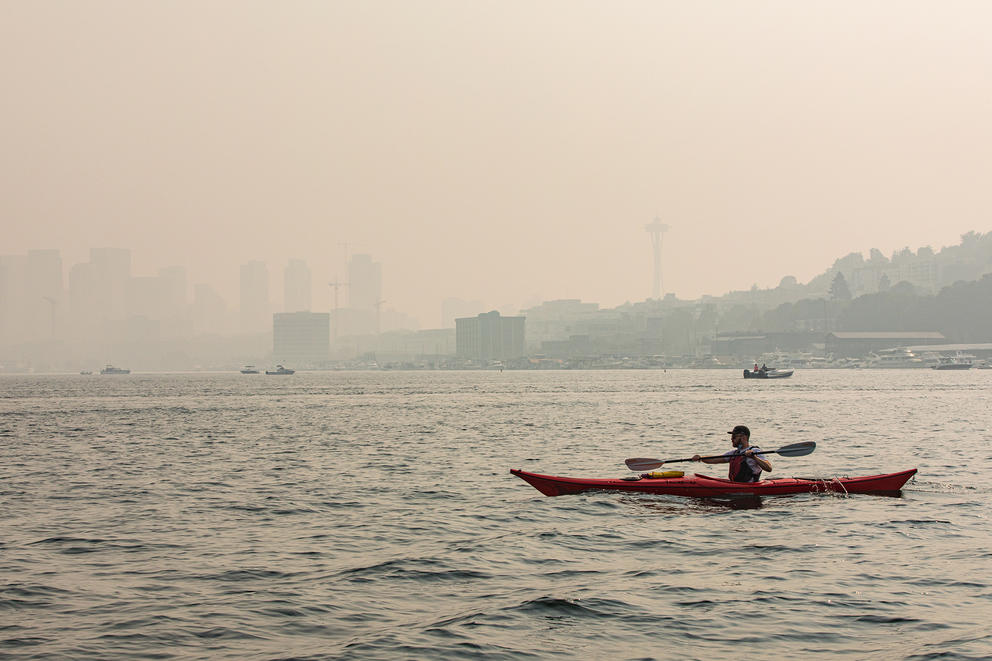 For many Seattleites, September means taking advantage of the last sunny, warm days of the year before nesting for winter. But early in the month, an unprecedented mashup of wildfire smoke plumes across California, Oregon and Washington itself dashed those dreams for about 10 days.

But missed hikes and barbecues might be the least of our worries when smoke leaves town. In addition to major immediate health impacts, including a higher rate of death across the state on smoky days, wildfire smoke leaves problems for ecosystems, industries and research long after it dissipates. News of more smoke descending this week added to the urgency of better understanding these impacts ⁠— but the Washington Department of Ecology says we likely won’t feel smoke impacts ourselves at ground level unless we’re at elevation, and the smoke should clear soon.

Many of those impacts are still unclear, but as acceptance grows that smoke season is part of our new normal, people are keeping tabs on how smoke has cascading impacts well beyond human health. (That’s to say nothing of the long-term catastrophes caused by wildfire itself, including lives and homes lost, dead livestock, eroded soil, delayed home schooling and much more.)

To read about the health impacts of wildfire smoke ⁠— and how much we still have to learn ⁠— read this package from Investigate West.

But here are a few other ways in which smoke likely left impacts on the Pacific Northwest that will outlast its stay in town.

Smoke is in the water

Fire and smoke are natural parts of forest ecosystems, but the ecosystems weren’t adapted to handle the intensity of 2020’s fire and smoke. Wildfire smoke is full of metals and carcinogens: When rain pulls smoke from the sky, all of those chemicals course through groundwater. As Washington Department of Ecology’s Markus Von Prause told KUOW, the first rains after a wildfire are “like sending a biological system into complete shock. You’re just basically taking a lot of contaminants and moving them all at once.”

When fewer plants and trees are around to stabilize soil, the resulting erosion means more pollution gets washed downstream, potentially infiltrating soil and crops. The carcinogens are of particular concern, environmental health scientist Edmund Seto told KUOW. “We don’t know how much is going to get distributed in these different pathways that eventually could loop back around [and] affect humans,” Seto said. On the bright side, other scientists think the environmental impact won’t be as much as those of other factors, like stormwater runoff from streets. 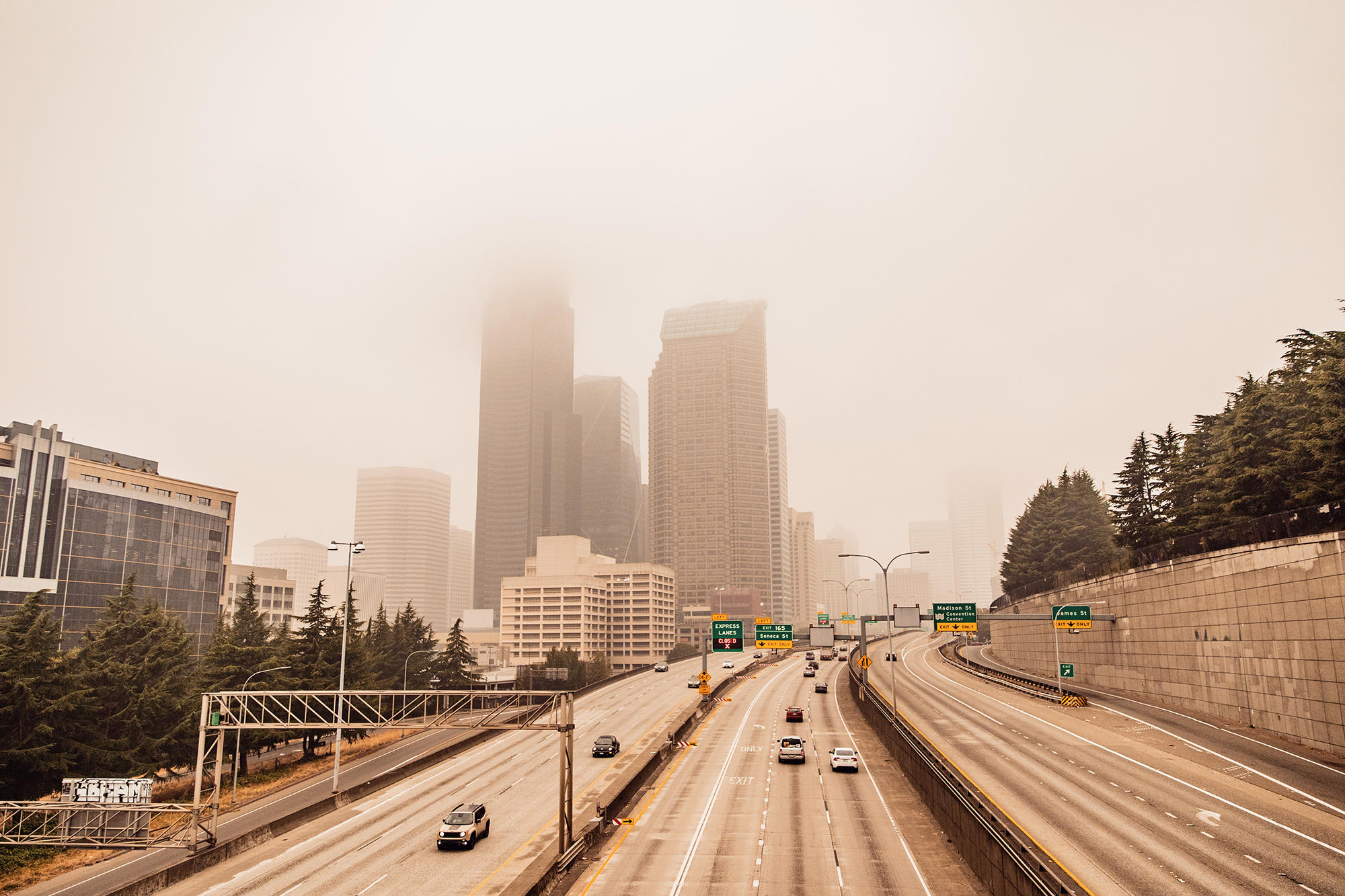 How ’bout them apples?

While the Washington Tree Fruit Association expected the state’s top-earning crop to have a bumper year on par with the near-record-setting 2019 season, smoke clouded the outlook. Conditions created by the fire, including high winds and smoke that delayed harvesting, mean that the volume of the coming apple harvest season will be 5% to 10% lower than the industry had expected.

Wine is a big business in the Pacific Northwest ⁠— with Washington producing more wine than any other state except California ⁠— and winemakers across the region are concerned about the long-tail impact of smoke on their operations. Leaders of major industry groups went so far as to mention smoke impacts in a letter to the U.S. House of Representatives requesting industry relief.

Smoke exposure can affect wine-grape flavor, resulting in a less than palatable product. “As wildfires continue, increasing numbers of buyers are rejecting grapes due to concerns about smoke exposure. Without a market, these grape growers are forced to abandon their fruit in the vineyard,” the letter’s authors wrote. “The full impact of smoke exposure on grapes is uncertain and research is in its infancy.”

“I think the wine industry is unique in terms of [smoke] changing characteristics,” says Chris McGann of the Washington State Department of Agriculture. “I’m not aware of smoke-tainted corn or something like that. Everyone’s concerned about it, but it may be too soon to know if this crop is tainted or not.

By now, many of us have realized that pandemic health guidance can be diametrically opposed to smoke health guidance: ⁠We went from spending time with others outside because staying indoors was unsafe, to staying indoors, because the outdoors were unsafe. That resulted in some exposure scares at places like Seattle’s smoke shelters, where some people who tested positive for COVID-19 gathered indoors to escape the smoke.

Smoke also impaired our ability to track and contain COVID-19’s spread. King County shut down some of its coronavirus testing sites, leading Dr. Jeff Duchin, health officer of Public Health ⁠— Seattle & King County, to tweet that lost testing might affect our understanding of the virus’ epidemiology for weeks.

“Testing volumes were down a bit during the smoke event, presumably because of limited testing hours and smoke deterring people from testing,” Duchin said this week in an email. “This could have contributed to decreased incidence rates during that week, but we did not see much change in positivity rates and there should no longer be an effect.” 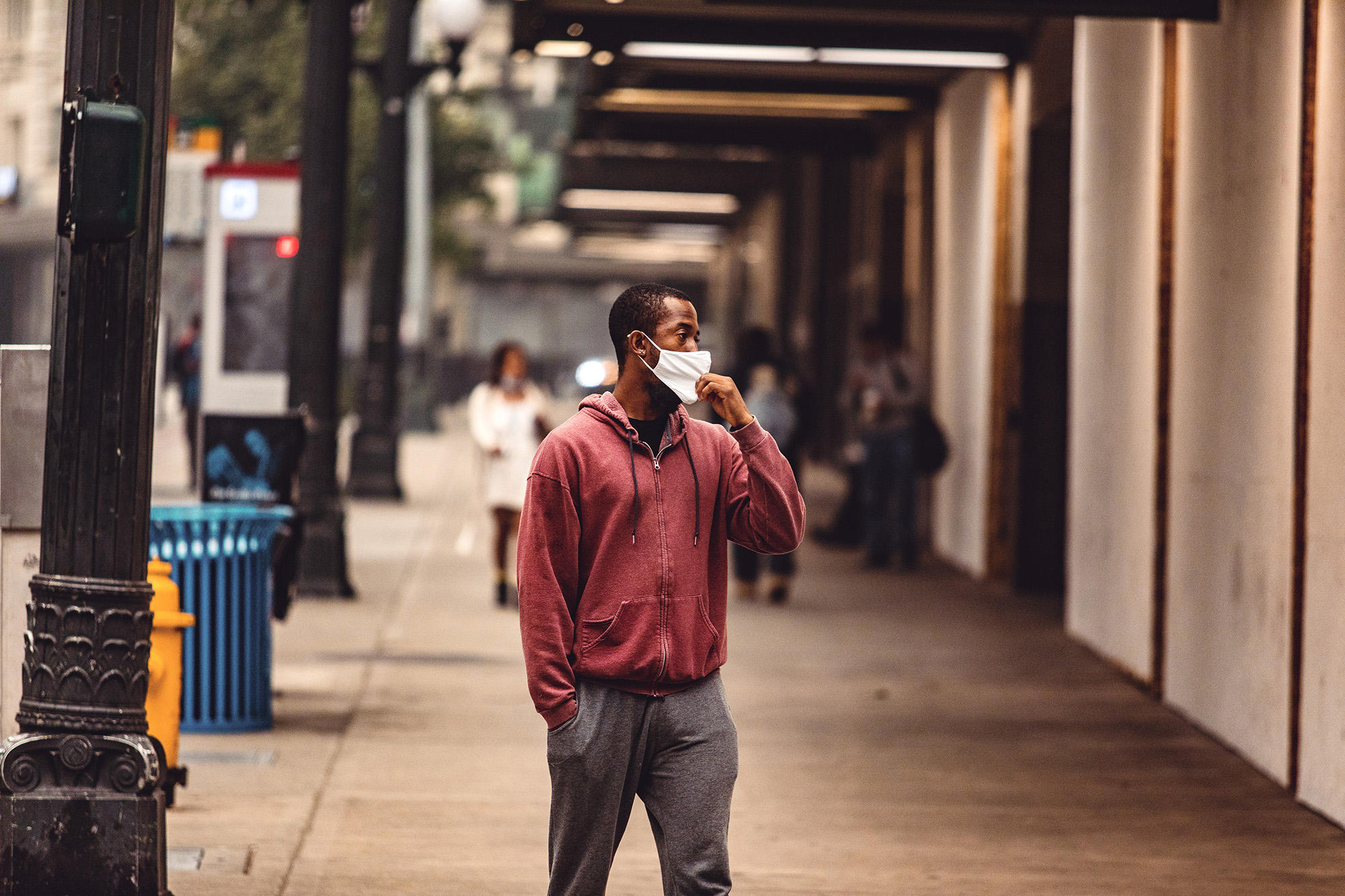 Solar energy production suffers in a fiery world. Washington data was unclear at press time, but with smoke blotting out the sun, California’s solar sector saw a dip in output ⁠— so much so that the state with the nation’s largest solar array turned to natural gas generators to help make up the difference. (That’s on top of tens of thousands of Californians who were recently without power to prevent more fires.) Even after smoke dissipates, the Electric Power Research Institute's Michael Bolen told EENews, it could reduce solar power generation. "All those ash [and] smoke particles have to settle somewhere.… If they land on the [photovoltaic] modules, then they could block light from entering the modules,” he said.

Holding our breath for the whales

Whales and dolphins in the Salish Sea are already facing pollutants on multiple fronts, from vessel oil pollution to stormwater runoff. If carcinogens produced by wildfire smoke make it to the ocean, that adds to the problem.

Marine mammals’ biology and lifestyles may contribute to how much the smoke hurts them. By sucking in high volumes of air through their blowholes and taking lots of breaths, they could be inhaling a lot of pollution at once when it’s present. What’s more, these animals lack the sinuses and nasal mucus barriers that help animals like humans capture and get rid of irritants. Plus, for animals that travel deep beneath the surface, there are other concerns.

“To suck in fine particulate matter, whether it’s smoke from wildfire or from exhaust, is a problem for animals that are going on deep dives because their lungs collapse and it forces all the air from their lungs into their tissue,” says Dr. Deborah Giles, research biologist at the University of Washington’s Center for Conservation Biology. “So anything that they’re breathing in is potentially getting sequestered in their tissue.”

With smoke in the air, some toxin monitoring programs had to pause, which affects everything from seafood to water sports. SoundToxins, which monitors and gives advance warning of harmful algal blooms that could impact seafood harvesting and human health, wasn’t able to do any sampling during unhealthy or hazardous air quality days. Teri King, who works on the program through Washington SeaGrant, says you can’t make up lost monitoring. “We are unable to recreate those sampling events — just move forward when air quality conditions improved,” she says. “Without the phytoplankton monitoring for two weeks, [the Washington Department of Health] didn't have any data to understand the presence or absence of potentially harmful species in the monitored locations.”

For other field research, time windows are everything. Research into an experimental fishing technique taking place on the Columbia River, in collaboration with Wild Fish Conservancy and the Washington Department of Fish and Wildlife, needs to be done at the right time ⁠— which coincided with the smoke.

“The smoke overlapped with some of the strongest runs of the season, and as a result we were not able to collect data or operate the test fishery during that time,” says the conservancy’s Emma Helverson. “I imagine that others conducting fishery research operations throughout the state are experiencing similar issues between smoke- and COVID-related delays. These interruptions in research, especially projects that collect data year to year, have the potential to leave data gaps and significantly slow progress on promising wild fish recovery efforts.”

Some of the missed monitoring has delayed projects, with human health implications for entire seasons. For the Department of Ecology, smoke meant stopping a monitoring project in the Yakima Valley investigating whether dioxin is present in residents’ water supplies, after a private study suggested there may be some. Dioxins, hazardous compounds once used in pesticides, are typically found at wood treatment facilities and at pulp and paper mills, says Ecology’s Melanie Redding via Jimmy Norris. But they’re also formed when wood combusts during forest fires ⁠— which means smoke can confound data.

“We had to delay sampling because of the possibility of sample contamination from smoke particulates in the air,” says Norris, noting the project will pick up again in spring 2021. “Although we feel the urgency to address this potential public health threat, we also need to make sure the data we share with homeowners and the public is accurate. We had to err on the side of doing the study properly.”

Working outside in smoke conditions can create disastrous short-term and possibly long-term health problems. But the full impact of smoke on the construction industry in the Pacific Northwest is unclear. Still, according to Construction Dive, at least 2,193 construction projects totaling more than $1.6 billion in value were likely impacted by smoke across Washington, California and Oregon.

According to the Washington Department of Natural Resources, many contractors and private landowners throughout the state voluntarily shut down their operations — including work on stream restoration and culvert replacement. These projects are usually done in dry seasons, says the department’s Kenny Ocker, to minimize impacts to fish habitat. “This relatively short window means that delays can influence whether projects can be completed in that window or whether projects will have to be put off. As you know, the week of smoke was followed by some significant rain events, which may have further delayed those in-stream projects,” Ocker says.

Road construction is also largely done in the summer, and another Construction Dive piece pointed out companies delayed road-sealing, paving and line-painting work to avoid sealing ash into the streets and contaminating them, and because lower temperatures complicated the work. Some companies continued to work through the smoke, with the president of a Tacoma asphalt and concrete company telling Puget Sound Business Journal, “We've got to get in what we can get in.”

Update: This article's language was adjusted at 5:00 p.m. on Oct. 2, 2020 to reflect that Ecology has not discovered dioxin in the groundwater in the Yakima Valley, but rather a private study from outside the department suggested the presence of dioxin, inspiring the department's current project.