Each season of the pandemic altered the look and feel of the city. With a trusty Prius and cameras, disaster researchers mapped the morphing disruption. 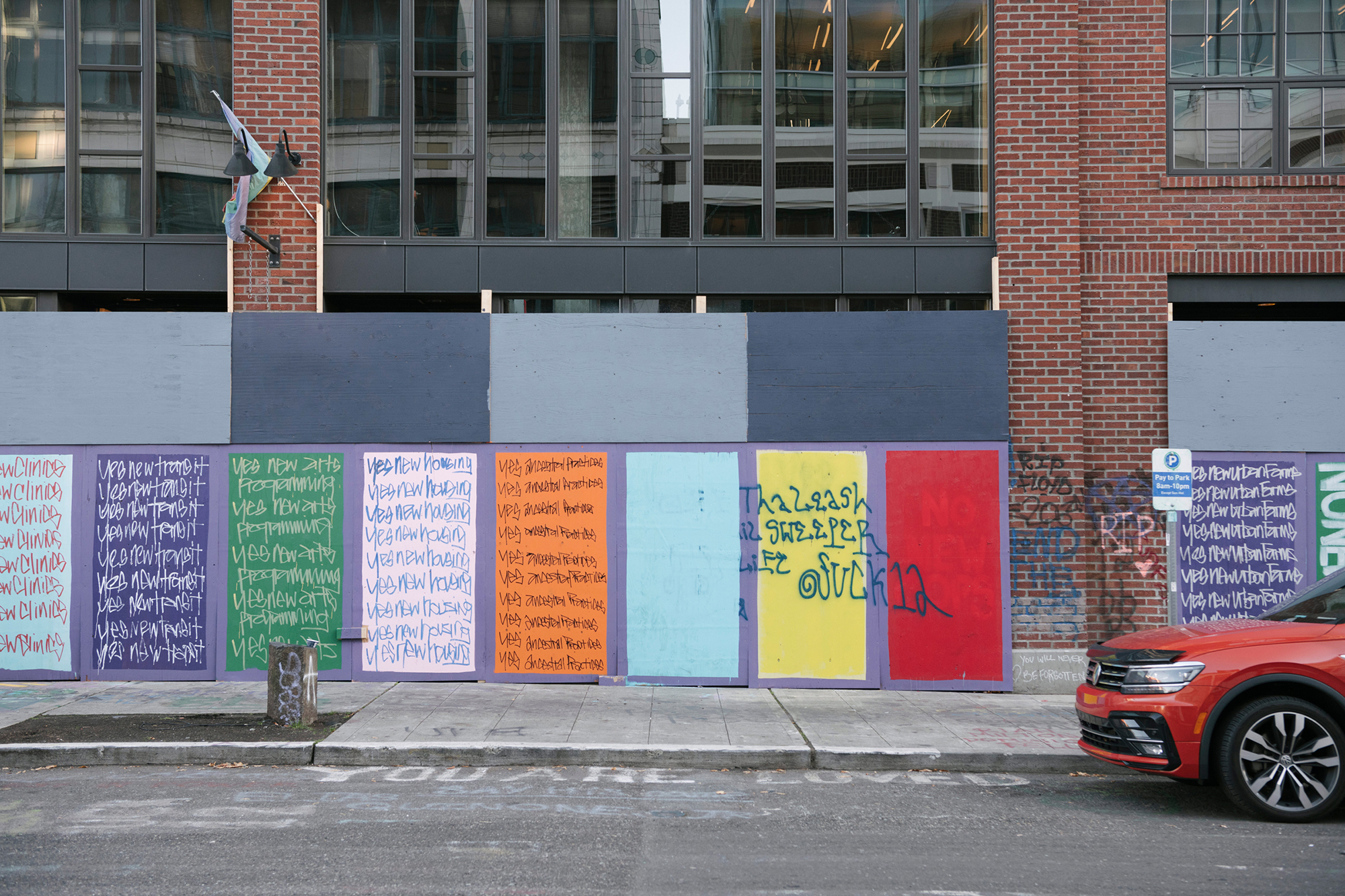 A team of public health researchers and engineers is capturing how COVID-19 policies and the behavior of Seattle residents have changed the look and feel of the city. (Kiliii Yuyan/High Country News)

Just before 7 on a cool, misty Seattle morning, Jacqueline Peltier stands alone on the University of Washington campus. Nearby, squirrels and rabbits frolic in the morning dew. Peltier, part of a National Science Foundation-funded research team, will spend the next hour securing a 360-degree camera to the roof of a rental Toyota Prius Prime, ensuring it’s level and synced with its smartphone controller. In the past, this setup traveled to Puerto Rico, capturing the aftermath of Hurricane Maria. Today, Peltier is crisscrossing Seattle on a 100-mile route to document a different emergency: the COVID-19 pandemic.

The idea arose in the first days of COVID-19’s spread across Seattle. Joe Wartman, Peltier’s colleague, an environmental engineer who studies natural disasters, was walking home from work one day when he noticed the empty streets, abandoned businesses and quiet sidewalks. “It struck me how much Seattle looks like a disaster zone,” he said.

Unlike earthquakes or hurricanes, however, the pandemic has been raging for months. Since March, public health recommendations have tightened and loosened, businesses have closed and reopened, and travel has ebbed and flowed. Peltier and Wartman, along with a team of public health researchers and engineers, are capturing how COVID-19 policies and the behavior of Seattle residents have changed the look and feel of the city. “We haven’t had a pandemic at this scale in modern history,” said study co-investigator Nicole Errett, an assistant professor of public health at the University of Washington. “This data provides the novel opportunity to really see, as we change policy, what happens in the short term.”

Peltier has retraced the same path through Seattle roughly every three weeks.  The route was carefully mapped out using neighborhood census data to examine how socioeconomic status influences business recovery and neighborhood activity. “We really want to understand what role this pandemic is going to play in either bringing us closer together economically, or pushing us further apart,” said Wartman.

Each drive generates tens of thousands of images, and it will take the researchers years to pore over the details. In addition to clues about economic recovery, they’re hoping to analyze people’s behavior in response to public health measures, everything from compliance with mask mandates to average group sizes in city parks. Peltier has already noticed trends in the various phases.

In May, near the pandemic’s start, Seattle was a ghost town. “I had free rein of the streets,” she said. The researchers looked to landmarks like Seattle’s Harborview Medical Center to observe changes, said Errett. Initially, the area outside the hospital was empty, save a row of triage tents set up to accommodate the potential surge of COVID patients. At the time, local businesses were closed, elective surgeries were canceled, and people generally avoided hospitals unless they had COVID-19 or an acute emergency, so it’s no surprise car and pedestrian traffic around the hospital was practically nonexistent. People were clearly abiding by stay-at-home orders.

Over the summer, as restrictions loosened and weather improved, triage tents were taken down and signs of life emerged. In June, pedestrian and car traffic reappeared, and by July, nurses and doctors took breaks outside the hospital, standing alongside people at a nearby bus stop. “You’re seeing people return to spaces around health care facilities, so one hypothesis is that they’re more comfortable, or less scared, than they were at the beginning of the pandemic,” said Errett. Peltier noticed that local businesses were reopening and often leaving their doors open — either as an invitation to customers or a means to improve ventilation, or perhaps both.

But over the fall, Peltier noted a new phase of the pandemic: the failure of small businesses. While Seattle retail behemoth Amazon and food delivery apps like DoorDash have seen profits soar during the pandemic, local stores and restaurants don’t appear to be doing as well. Signs reminding customers to mask up or stay distanced have been replaced by closing notices, or letters of thanks to loyal customers. In some cases, storefronts are empty and dark. “Maybe they’ve just put things in storage,” Peltier said. “But maybe they’re not going to open again.”

In mid-November, amid a nationwide surge in COVID-19 cases, Washington Gov. Jay Inslee announced a new set of restrictions similar to the stay-at-home order at the beginning of the pandemic. The economic and social impacts remain to be seen, but the data Peltier is capturing will likely tell us more — and may even help in future disaster preparation. “I would be surprised if this is the last pandemic I see in our lifetime,” said Errett. “I want my community to know more, so that next time we’re advancing our response, it’s based on what we learned in this pandemic.”

This story was first published at High Country News on Dec. 9, 2020.