Herds roaming throughout Central Washington are at risk of contracting a deadly bacteria from domestic sheep and goats. 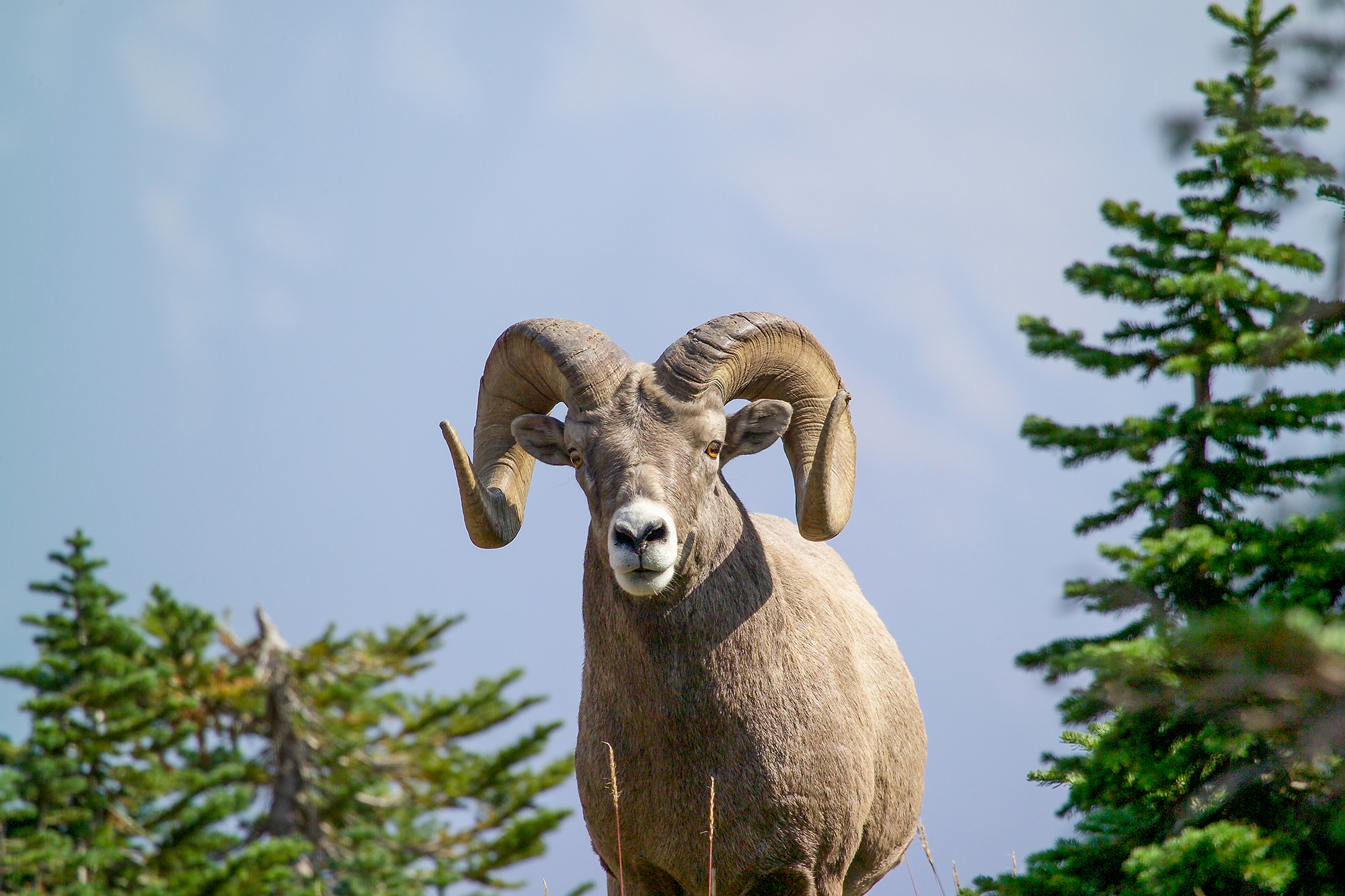 A lawsuit against the U.S. Forest Service alleges that the agency  is putting bighorn sheep in Central Washington in danger by not keeping domestic sheep farther away. Domestic sheep or goats can pass deadly bacteria to bighorns. (David Restivo/NPS)

Bighorn sheep in Central Washington could be in danger if domestic sheep continue to graze nearby. That’s the concern from two groups suing the U.S. Forest Service.

Domestic sheep or goats can pass a deadly bacteria to bighorns.

Environmental groups WildEarth Guardians and the Western Watersheds Project say that’s why there’s cause for concern in the Okanogan-Wenatchee National Forest, where about half of Washington’s bighorns roam the landscape.

Greg Dyson, with WildEarth Guardians, calls the situation in that national forest the “hotspot for bighorns in the state of Washington.”

“I’ve worked on bighorn issues for 15 years, and I’ve not seen anything that’s this bad in a long time,” Dyson said. “In terms of on-going issues in the West, this is it. This is the worst situation.”

The rugged spots of the Okanogan-Wenatchee National Forest makes up some of the best habitat for bighorn sheep in Washington. The east side of the forest is also home to seven domestic sheep grazing allotments.

The mingling of the two could spell trouble for four bighorn herds, the conservation groups say. If bighorn sheep interact with domestic animals, they could contract a deadly bacteria, Mycoplasma ovipneumonia, or M. ovi for short.

The bacteria causes pneumonia that is often fatal for bighorns. M. ovi doesn’t normally harm their domestic-raised counterparts. Infected sheep can be seen coughing or have difficulty running or climbing.

If a female bighorn survives, she can pass the pneumonia to her lambs for up to 10 years. That can greatly reduce herd numbers. There is no cure or vaccine.

“Every year you see these ewes are giving birth, and the lambs aren’t surviving. It’s just the most heartbreaking thing you’ve ever seen,” Dyson said.

That’s been the case this year in some of Oregon’s bighorn heards near Baker City. All lambs in the Lookout Mountain herd have died. The adult deaths have tapered off, but the disease appears to be spreading.

Biologists have seen the same strain of M. ovi spread between two herds, across Interstate 84. The herds are usually about 10 miles apart.

Nasal swabs collected by the Oregon Department of Fish and Wildlife and the Confederated Tribes of the Umatilla Reservation show the strain isn’t related to an earlier outbreak among herds in Hells Canyon.

Washington has also seen its share of wildlife infections. In 2013, an entire herd was removed in Central Washington after an outbreak. Wildlife managers hoped removing the Tieton herd could protect the nearby Cleman Mountain herd, where a bighorn sheep and lamb have tested positive this year. A hunter spotted the dead lamb and others that were acting lethargic.

The source of the bacteria hasn’t been determined. Washington’s Department of Fish and Wildlife isn’t planning to euthanize any of the herd at this time. It will collect lungs and nasal swab samples from hunters this season.

In Washington’s Kittitas County, a domestic ewe was spotted with several wild rams in the Quilomene bighorn sheep herd. The ewe tested positive for M. ovi. Several bighorns were euthanized to prevent a large-scale outbreak. They later tested negative for the bacteria.

Department of Fish and Wildlife officials said they are on “high alert for any abnormal behavior” in the herd.

Biologists don’t think the two strains are related. The two herds are separated by about 40 miles.

Bighorn sheep were extirpated from Washington by the mid-1920s, mostly because of the spread of pathogens causing pneumonia from domestic herds, though overhunting and habitat loss also contributed to their demise. Bighorns were reintroduced in Washington and are now designated a “species of greatest conservation need” in the state.

Bighorn rams can travel up to 20 miles during breeding season. That’s good for genetic diversity, not so good for disease containment, Dyson says.

“The young rams, in particular, go on these amazing forays. We’ve tracked them across Hells Canyon, 15 air miles or more. That’s pretty rugged country to be going out and looking for a date,” he said.

It may make for good grazing habitat, but the conservation groups suing the federal government say you can’t have both wild and domestic sheep in the same area.

The current lawsuit over the Okanogan-Wenatchee National Forest says: “The Forest Service relied on a ‘risk of contact’ model that it developed to analyze the risk of the two species coming into contact based on habitat, the location of bighorn home ranges, and the potential for bighorn sheep forays onto allotments.”

Last year, the Forest Service began an environmental analysis for a species-specific forest plan in the Okanogan-Wenatchee National Forest. No existing grazing allotments would be changed with the project, according to a 2019 Forest Service news release.

Right now, there are several measures to reduce contact. They include: “Requiring experienced sheepherders on allotments located near bighorn sheep habitat; conducting full counts of domestic sheep when trailing and regularly during general grazing; trucking in water if needed to reduce straying; and reporting of stray or missing domestic sheep and any wild sheep and domestic sheep interactions,” according to the Federal Register.

Environmental groups say the process is taking too long. It’s time the bighorn sheep don’t have. Every year is another risk for the disease, Dyson says.

Washington wildlife managers ask anyone who notices coughing or abnormal behaviors in wild sheep to contact the Department of Fish and Wildlife immediately.