More mosquitoes in WA could come with hotter, longer summers

Climatologists, entomologists and public health experts worry our sunny, mostly bugless summers in the PNW could soon be a thing of the past. 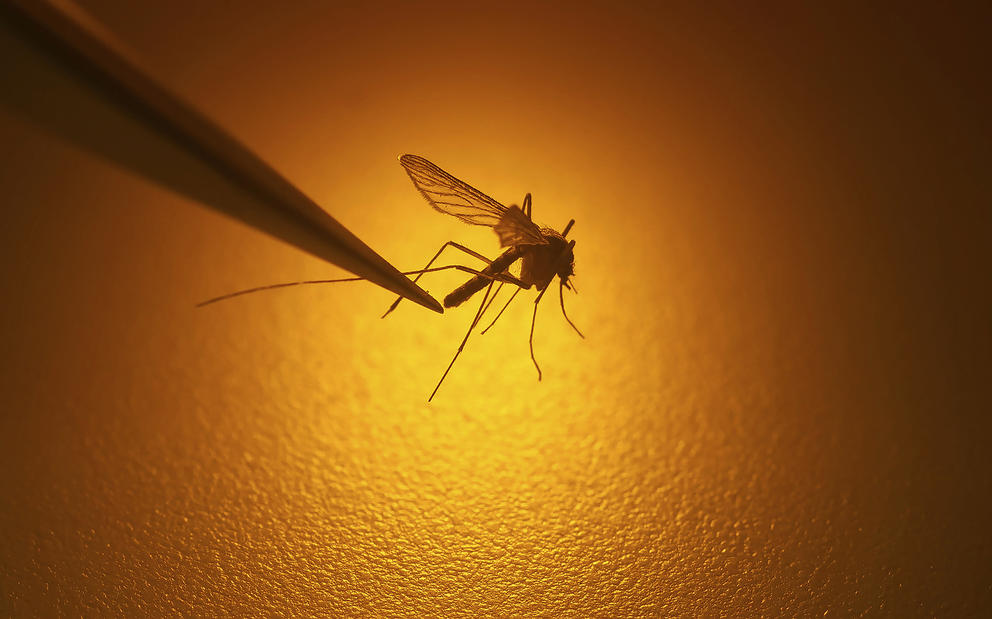 Washington state has always had its share of mosquitoes, but because their numbers are relatively small, the viruses they carry have also been relatively rare, especially in western Washington. Scientists say climate change may alter that reality.

“We have what we consider to be big numbers over in the south central part of the state, but you go down to Texas and Florida and they just laugh us out of the water,” says Elizabeth Dykstra, a public health entomologist with the Washington State Department of Health who has been doing mosquito surveillance for more than a decade.

The hotter summers of the past few years may foreshadow conditions that boost the numbers of these small, blood-sucking flies with needlelike mouths that some of us who came to Washington from other parts of the country do not look forward to — and also their ability to possibly infect us with things like the West Nile virus. Washington detected its first mosquito carrying the West Nile virus in July, a little earlier than usual; so far, scientists are watching the situation, but are not alarmed.

Over the past four decades, Seattle has seen some of the largest growth of mosquito-friendly conditions — an extra month per year — among American cities, according to an analysis from nonprofit science communication group Climate Central.

Moisture and heat are key to the mosquito life cycle. Change one of those elements, or both, and the population and our vulnerability to it will likely change, says Cory Morin, a clinical assistant professor in the department of environmental and occupational health sciences at the University of Washington.

Climatologists, academics and public health employees like Dykstra and Morin are starting to look more closely at the ways climate change will affect human health, including the impact on mosquito-borne viruses.

“There's another virus that's gotten a little bit more attention in the last couple of years, but West Nile virus does have penetration into the Pacific Northwest, including Washington state, and it is something that conceivably is something we should be worried about and planning for,” says state climatologist Nick Bond.

Giving mosquitoes what they need

Not all mosquitoes are created equal — through 2019, there are at least 52 documented species in Washington state alone — but they all thrive under certain conditions. They like life hot, muggy and wet. Climate Central points out studies in African countries that have found that mosquito populations do well in temperatures between 50 and 95 degrees Fahrenheit, and in relative humidity of at least 42%. Mosquitoes lay eggs in ponds, puddles and other standing water. If that habitat is present alongside moist, hot air, mosquitoes grow more quickly.

Being wet but temperate, the Pacific Northwest has historically escaped that sweet spot. In urban areas like Seattle in particular, we don’t have a lot of the marshland that mosquitoes like to lay eggs in, though we do have storm drains and tunnels that urban mosquitoes take to. On the east side of the state, mosquitoes thrive on water from irrigation systems.

Some mosquito populations are not only spreading in Washington, but climate conditions have become increasingly friendly to them.

According to a Climate Central analysis released last summer, Seattle gained about a month more of “mosquito days” — days with ideal temperature and humidity — between 1980 and 2019, growing from 105 to 144 days. That’s a far cry from Miami’s nearly year-round mosquito weather, but the increase earned Seattle the distinction of having the 19th fastestgrowing mosquito season out of 239 US cities analyzed, says Jen Brady of Climate Central.

Dykstra of the Department of Health says populations of some mosquitoes at her surveillance site are peaking earlier in the season. Four mosquito species in the state are of concern to humans, Dykstra says, particularly culex tarsalis and culex pipiens (the common house mosquito seen in urban areas). While Dykstra, who has been doing regular surveillance at the Billy Frank Jr. Nisqually National Wildlife Refuge near Olympia since 2007, wouldn’t or couldn’t make a big declaration about the health of these species across the state, she did say: ”Right now, they both seem to be going strong in terms of trending.”

And Dykstra has seen Culex tarsalis’ population peak earlier on average, with the peak moving from mid-July to mid-June between 2015 and 2020.

Strictly from her observations and not hard data, Dykstra believes the cause of the shift could relate to the increased temperatures earlier in the year.

If mosquitoes have a longer window in which to grow, and viruses like West Nile are introduced sooner into populations, that could extend the season in which they can transmit disease to humans and animals like horses. The result may be that viruses could become problematic for longer, Dykstra says.

Heat events like the one we experienced in June could help mosquitoes grow and reproduce faster. In suitably warm weather, mosquitoes can mature from an egg to an adult in one week, instead of two or three.

“We were coming in from June-uary, with habitat [available], so I think that [heat wave] really gave it a little boost there in terms of numbers,” she says.

However, this population data follows the same trends she's seen over the past six years. "The overall mosquito population… does not appear to have been that impacted by the extreme heat event," she says.

Compared with eastern Washington, where you can collect 19,000 mosquitoes in one go, 3,500 doesn’t seem so bad. “I felt bad for the tech who was sorting through that,” Dykstra says.

West Nile virus in humans ramps up in late summer and early fall, in part because the virus-carrying birds that mosquitoes feed on start to migrate elsewhere, prompting mosquitoes to look for new food sources.

At this point, Dykstra doesn’t think mosquitoes are becoming any more of a health problem than they have been. Data from the Centers for Disease Control an d Prevention show that in 2018 there were 56 cases of mosquito-borne disease in humans in Washington state; annual case rates have fluctuated since 2004 from a low of 24 in 2004 to a high of 156 in 2016 at the peak of Zika concerns. The Department of Health announced the first case of West Nile detected in a mosquito this year on July 1.

“It was maybe a little bit earlier than it has been in the past. But our earliest [previous] detection was actually in late May, so that’s not unheard of,” Dykstra says. What would raise alarms is seeing more cases or cases in new spots. Connecting those cases back to climate change would require more analysis.

The conditions that support growth of the West Nile virus are in many ways the same ones that help mosquitoes generally — hot, wet climates. Some studies have shown transmission of West Nile is highest between 75.2 and 77 degrees Fahrenheit. UW’s Morin says he and collaborators have found that in Washington state higher minimum daily temperatures are the biggest factor connected to increasing West Nile infections.

At warmer temperatures, Morin says, mosquitoes not only develop faster and survive longer, but they incubate the West Nile virus more quickly, increasing the probability that mosquitoes will live long enough to infect another host.

Ryan Harrigan, an assistant adjunct professor at the University of California at Los Angeles’ Institute of the Environment and Sustainability, has seen the ability of dry conditions to counterintuitively increase the transmission of the virus. That’s because both mosquitoes and primary hosts like horses and birds have fewer watering holes to choose from and they tend to end up in the same places, kickstarting the virus’ cycle early in the season.

Washington state summers are expected to get warmer on average over the next few decades, but places like Seattle still have a ways to go before they warm beyond the temperature range Climate Central found supports mosquitos. This will likely increase the number of “mosquito days,” Brady says.

Bond, the state climatologist, says there’s fairly strong consensus among climate models that our summers are going to be drier. Models also suggest winters will be wetter.

Changing temperatures could also affect where we find mosquitoes in Washington state.

The Department of Health has detected the two main West Nile species of concern — Culex pipiens and Culex tarsalis — nearly everywhere in Washington counties, with the former in all but three counties and the latter represented in all counties, as of 2019.

Dykstra says she doesn’t have the hard data to support it, but as we see increased temperatures and reduced summer snowpack, there’s a possibility of species moving to higher altitudes.

“One really warm summer might not do anything, but if you have them time after time … it might give mosquitoes an opportunity to kind of expand their ranges,” Morin says.

In the end, the future of mosquitoes in Washington state is mostly a mystery right now because the resources needed to monitor and analyze their population growth are less available partly because COVID-19 has absorbed the time of public health employees.

Monitoring for these kinds of viruses is difficult even without COVID. Not only are there a lot of players involved between mosquito species, birds, horses and humans, but we’re still learning about the conditions in which mosquitoes thrive and transmit. And collecting data is labor intensive. West Nile is a hard virus to track through the human population to begin with: About 80% of people infected don’t show symptoms.

“It’s hard to get a really clear snapshot of everything that’s going on,” Morin says. “Sometimes you can be right for the wrong reasons…. You could have really good data… but then you need the time and money to actually do it.”

Podcast | WA group brings science to the legend of Sasquatch

To find the mythical beast, members of the Olympic Project first analyze the evidence.