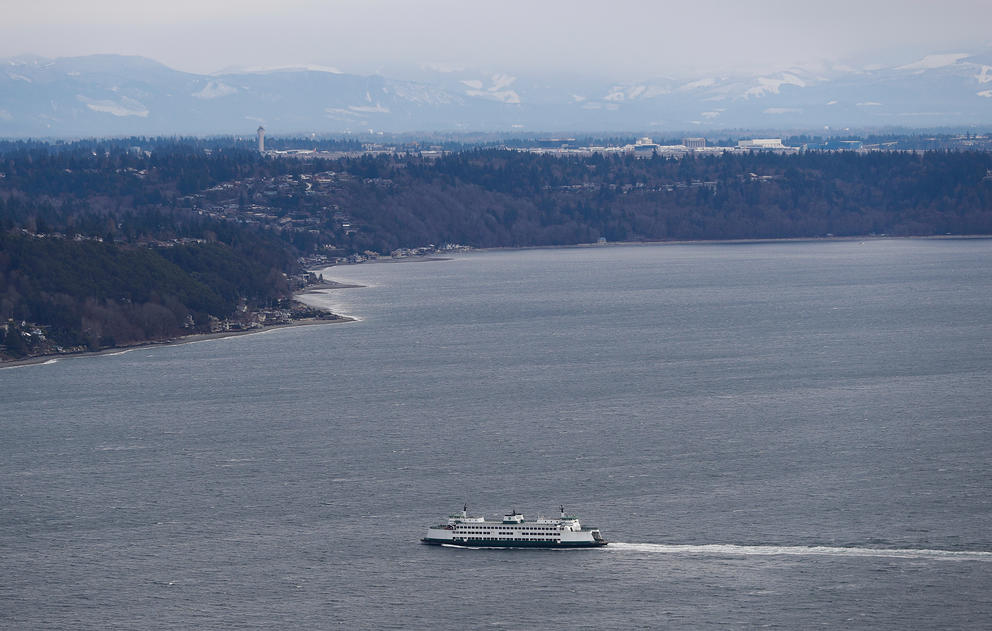 Among its many environmental challenges, Puget Sound has a water quality problem caused in part from too much pee from the 4.5 million people living in the region.

This problem, known euphemistically as “nutrient waste,” has caused Puget Sound to run afoul of the federal Clean Water Act. Now the Washington Department of Ecology is poised to finalize new regulations for wastewater treatment plants that seek to cut down how much they concentrate and dump nutrient waste into the sound. Most of the sewage plants in the region don’t filter out nutrients before discharging their treated water. The new “nutrient general permit” that the Ecology Department is proposing would apply to 58 wastewater treatment plants around the sound.

Some tribes and communities, particularly in areas of Puget Sound that are home to shallow waters, such as the south sound near Olympia, welcome the move. Tribal and some local government representatives say their communities have been living with the effects of this pollution and trying to reduce their impact for decades, while waiting for the more populous areas of King and Pierce counties to step up.

“It must be that everyone, big and small, participates in the nutrient permit and works toward cleaning up their act,” Jeff Dickison, senior policy analyst with the Squaxin Island Tribe, told Washington legislators during an Oct. 13 hearing. “The Salish Sea cannot be a dumping ground, where ‘out of sight, out of mind’ prevails.”

But the utilities serving those major population centers have reservations about the state’s proposal for regulating wastewater treatment plants, raising concerns about the scientific underpinnings, potential costs to comply, long timeline for implementation and equity for ratepayers.

“The investment that we're talking about … could very well be one of the bigger, if not the biggest, decisions or investments that we make in a generation. So it's pretty critical that we have a good regional approach to that [and] we make sure that we get it right,” says Kamuron Gurol, director of King County’s wastewater treatment division. He adds that nutrient pollution may not be the most pressing problem facing the sound.

The nutrient in question here is inorganic nitrogen. On top of natural sources of nitrogen, humans add this nutrient to Puget Sound in two ways. One source is wastewater — that is, urine passed through sewage treatment —which represents nearly 70% of the human nitrogen pollution. The other roughly 30% comes from dispersed sources of watershed “runoff,” such as nitrogen-rich fertilizer that washes off the landscape into the sound.

Excess nitrogen in Puget Sound can trigger a cascade of ecological impacts and erode the ability of marine life to deal with a variety of environmental stressors. Nitrogen can feed a growth boom in algae, known as a “bloom,” which, after dying off, sucks dissolved oxygen out of the water and changes the chemistry, leading to ocean acidification. Fish and other creatures that don’t breathe air need certain levels of that water-bound oxygen in order to survive and thrive.

Lower oxygen levels in Puget Sound can stress out or even kill marine life, similar to the way it’s harder for people to exercise or even just breathe at higher elevations, where the air is thinner and holds less oxygen. Jellyfish, on the other hand, may see a boost in numbers when water quality drops in this way, thanks to their simple and adaptable bodies, which allow them to survive in a wide range of environmental conditions. Harmful algal blooms also have a slew of effects: contaminating shellfish and potentially sickening people and animals.

Complicating this issue is the geography of Puget Sound. The area is filled with long, narrow inlets with shallow waters that don’t mix well and where oxygen is naturally low — areas like Budd Inlet, which is at the southernmost end of the sound and leads to Olympia. Add in excess nutrient pollution from wastewater and runoff, and dissolved oxygen levels drop even further.

Budd Inlet was one of the first places in Puget Sound where the nutrient waste problem — and its associated low oxygen levels — became obvious, according to Vince McGowan, water quality program manager at the state Department of Ecology.

Starting in the late 1980s, the department forced municipalities in that area to start making major upgrades to cut the nitrogen levels in their treated wastewater. As a result, LOTT Clean Water Alliance, a nonprofit wastewater partnership of the governments of Lacey, Olympia, Tumwater and Thurston County, brought its nutrient removal technology online in 1994. It cost $29 million ($47.7 million in 2021 dollars).

Today, for $29 million more, the south sound wastewater management corporation is constructing another generation of improvements to help it better manage its nitrogen discharge, save space and cut its annual energy use by 20%, according to Lisa Dennis-Perez, the alliance’s environmental planning and communications director.

She says that in 1994, Ecology estimated that LOTT’s wastewater was responsible for roughly half the nutrients that were depleting Budd Inlet’s oxygen levels. The current estimate? Just 3%.

“That gives you some sense that we were able to very successfully address our nutrient loading,” says Dennis-Perez. Still, it’s not enough. Budd Inlet’s oxygen levels, like Penn Cove on Whidbey Island and a number of other areas around the sound, often remain out of compliance with Clean Water Act standards, and reports of algal blooms and jellyfish appear to be rising.

The state has been studying this issue since the late 1990s, and finally, in January 2019, it reported it had figured out why these areas of Puget Sound are still struggling with low oxygen.

“What the modeling has shown conclusively now is that that [nutrient] loading that's causing the problem is coming from all the treatment plants throughout the sound,” due to the way water circulates within Puget Sound, says McGowan with the Department of Ecology.

“We would not be asking these jurisdictions and working with them to make these significant upgrades to their treatment, if we didn't have a lot of confidence that we would see the water quality improvements,” McGowan says.

That’s why the state is pushing for wastewater plants beyond these shallow bays to also cut their nutrient levels. After seeking input from local stakeholders, as well as experts who have addressed this issue in places like Chesapeake Bay, the Department of Ecology proposed issuing one general nutrient permit, instead of issuing 58 new individual permits for the 58 wastewater treatment plants.

Eleanor Ott, who is leading the permit’s development for the department, says the state plans to create three categories for sewage plants with varying requirements, based on how much nitrogen each one releases. Eight sewage plants are releasing 80% of the nutrient pollution from wastewater into Puget Sound. King County’s three plants account for half. Under the proposed permit, so-called “dominant loaders” of nutrient pollution will have to do more and keep their nitrogen levels from rising, even as their populations grow, says Ott. If wastewater plants exceed a certain limit, the permit would trigger stricter and more immediate actions to bring nutrient discharges back down.

Ott says the permit, which will last five years, will require sewage plants to focus on three steps: monitoring their current nutrient discharges, optimizing existing treatment operations to start making reductions, and planning bigger upgrades, such as installing nutrient removal technologies like LOTT’s. According to Ott, simply working with treatment plants on that optimization stage could yield a 7% to 10% drop in nitrogen levels.

Still, the state acknowledges the scale and potential cost of making these upgrades to improve water quality would be significant, noting that the effort may take several permit cycles. “If we realize it’s going to take 15 to 20 years to get everybody to make the reductions, we’ve got to start now,” she says.

That timeline worries many stakeholders, but for different reasons. The Squaxin Island Tribe and environmental groups including Puget Soundkeeper Alliance are worried the permit, as proposed, may give wastewater treatment plants too long before requiring them to take actions that move toward cleaner water and complying with the law.

King County officials have also voiced concerns that the permit’s approach doesn’t move quickly enough to make real-world improvements to water quality, arguing instead for what it says would be faster, more targeted strategies located closer to the areas feeling the pollution’s impacts. At the same time, Gurol, the wastewater division director, says the permit doesn’t give King County adequate time to examine data and solutions before requiring that it start planning and investing in what he says would be the multibillion-dollar infrastructure projects — including a brand-new treatment plant — that he insists are necessary to meet the permit’s limits.

“Our concern is that level of investment will be a pretty steep ramp up,” says Gurol. “It’ll be pretty close to right away.” The infrastructure projects spurred by the permit would be on top of King County’s existing plans for $9 billion in investments over the next decade, which include maintaining current levels of wastewater treatment, upgrading stormwater management, and restoring coastal habitat. A September county auditor’s report called for increased transparency in the King County wastewater treatment division’s current planning process for investments, including around project cost estimates and how Ecology’s nutrient permit could affect the viability of options presented to policy makers.

Another issue King County has with the proposed nutrient permit is that building a massive fourth treatment plant is, as Gurol says, “likely to be in a place that we're concerned would exacerbate those equity issues” for communities historically burdened by major infrastructure projects.

Both King County and Tacoma estimate the permit would force them to make upgrades that could at least double current sewer rates, worsening existing affordability issues because sewer rates are determined by water use, instead of some other measure such as property values. Sean Dixon of Puget Soundkeeper emphasizes that the Clean Water Act actually has a fair amount of flexibility built in for how polluters can comply — a fourth plant for King County is not a given, he says. But Dixon says he’s concerned that the proposed permit may not offer clear, enforceable pollution limits that lead to clean water.

Whatever a jurisdiction’s approach, the Department of Ecology points to an initial pot of $9 million in grants the state Legislature has already approved to jumpstart the first permit round, and $182 million in grants and loans the agency awarded last year for similar infrastructure investments. It’s actually a good time to start addressing this issue, given the state and federal funding opportunities, McGowan says.

But the question of equity is a complicated one.

“I would ask you, what about equity for tribal members?” says Dickison of the Squaxin Island Tribe, whose traditional fishing and shellfishing waters are impaired by nutrient pollution. “Do they have to continue to bear the burden of the externalization of your disposal costs? We want equity for everyone.”

The state is incorporating the public’s comments on the draft permit and plans to issue the final permit by December.

New electricity project in WA takes a twist on hydropower

An effort to generate energy along the Columbia through a concept called 'pumped storage' has drawn pushback from tribes and environmental groups. 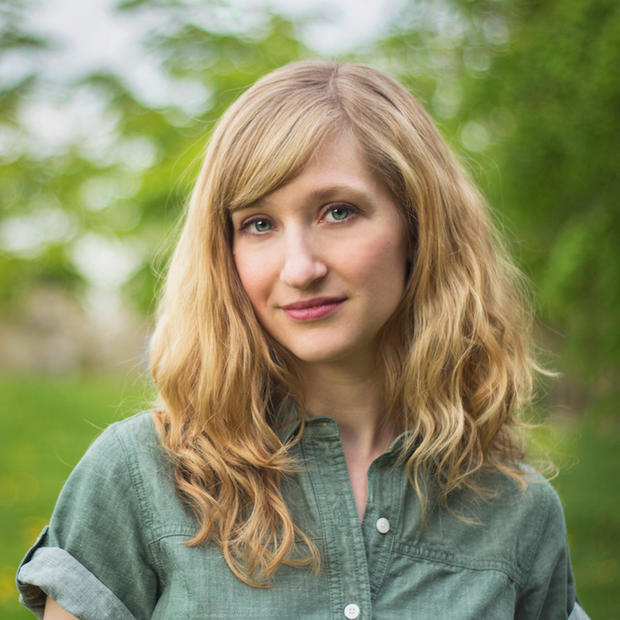