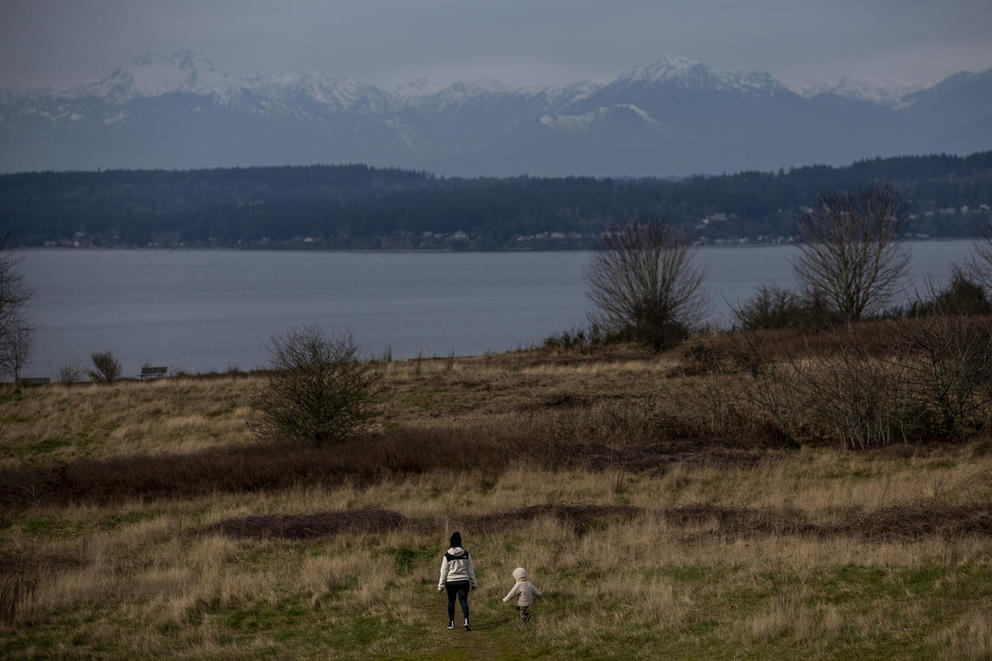 A view of Discovery Park, overlooking Puget Sound and the Olympics, on March 1, 2021. (Dorothy Edwards/Crosscut)

The ways we handle human waste before it reaches the sound can vary, but what we put into our bodies inevitably ends up there — later today, tomorrow or a century from now. In keeping with the New Year’s adage “out with the old, in with the new,” it’s good to consider: Just because waste is out of our bodies doesn’t mean it isn’t still actively affecting our lives.

Here are a few things Crosscut learned about waste in 2021 and its impact on Puget Sound.

Most of us don’t spend enough time evaluating urine to become aware of its components, but for inhabitants of Puget Sound, one component — inorganic nitrogen — is a particular cause for concern. When our liver breaks down protein, what’s left is nitrogen, which flushes through our body in urine.

While this process helps keep our bodies in balance, too many of us flushing nitrogen into the sound can wreak havoc on the ecosystem. Nitrogen feeds algal blooms, which can not only make people and wildlife sick, but also siphon out dissolved oxygen from the water when the blooms die off, leaving less oxygen for aquatic life to breathe.

Sewage treatment facilities are sending less nitrogen into nature than they used to, but the Washington state Department of Ecology is hoping to issue a permit that requires even more of the major nitrogen-contributing facilities to reduce how much they release. This adds to previous concerns pushing the state to improve its waste treatment standards.

Most Puget Sound residents rely on sewer systems to flush waste away from their homes, but a number of people rely on septic systems: water treatment facilities on their own property that often involve separating waste and filtering remaining wastewater (effluent) through the soil.

Septic systems aren’t built to last forever, and they need maintenance and eventual replacement to keep Puget Sound safe. When that doesn’t happen, evidence often shows up in shellfish that people harvest for food and can get sick from eating. That pollution costs a lot of money to remedy.

The state has been tracking how well Puget Sound health districts are doing at inspecting and repairing these systems. According to available data, we’re apparently getting better at septic inspection. But with regional populations expected to increase and many septic systems aging, experts say we will need more resources to avoid a doo-doo to-do.

In Seattle, public health resisters have always pushed back.

The pandemic isn’t the first time area public health workers have faced opposition to their efforts to keep us safe. Crosscut’s Knute Berger discovered, while reading a mid-20th century history of local public health challenges, that public health officials had trouble getting people on board with more hygienic practices in the wake of the Great Seattle Fire of 1889.

For one, people weren’t sold on transitioning their homes from cesspool waste management to sewer hookups. The cesspools not only contributed to disease, but leaked into drinking water sources. The city sanitary inspector had to threaten to put liens on people’s homes to get them to comply.

Today, the majority of people appreciate knowing their waste isn’t seeping out of cesspools into streets and water tables, but “sewage spills into Puget Sound demonstrate that even in our second century, there is work still to do,” Berger writes.

Zebra mussels on Marimo moss balls are causing an emergency in Washington.

Toilets are primarily for handling human waste. And yet earlier this year, they played a key role in mitigating an invasive species outbreak in Puget Sound and around the country.

Nonnative zebra mussels and their quagga mussel cousins spread through every U.S. watershed they invade, often by stowing on the hulls of boats. They have reached every watershed in the Lower 48 outside of the Columbia River Basin in only a few decades. The mussels also have not been found in Puget Sound so far.

The mussels cause billions of dollars in damage to drinking water, infrastructure and ecosystems, as they blanket lakes, plug pipes and more. So when the state Department of Fish and Wildlife confirmed juvenile zebra mussels had been found on a common aquarium plant sold through a Seattle-area Petco store, employees sprung into action to prevent an invasion.

Fish and Wildlife couldn’t easily collect every plant purchased to decontaminate them, so they asked residents to dispose of aquarium water down their toilets — sending it to wastewater treatment plants that would kill any lingering zebra mussels before they could reach Puget Sound. 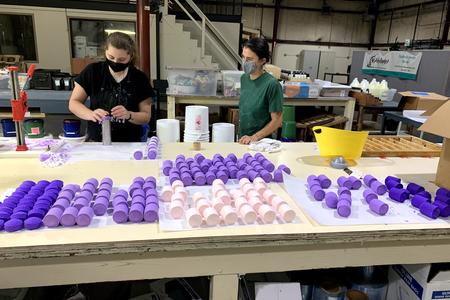 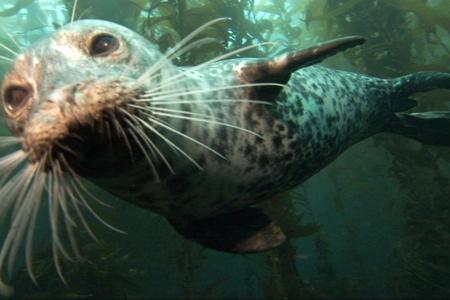 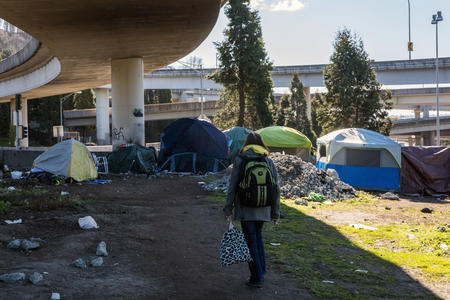 by / October 19
Article continues below