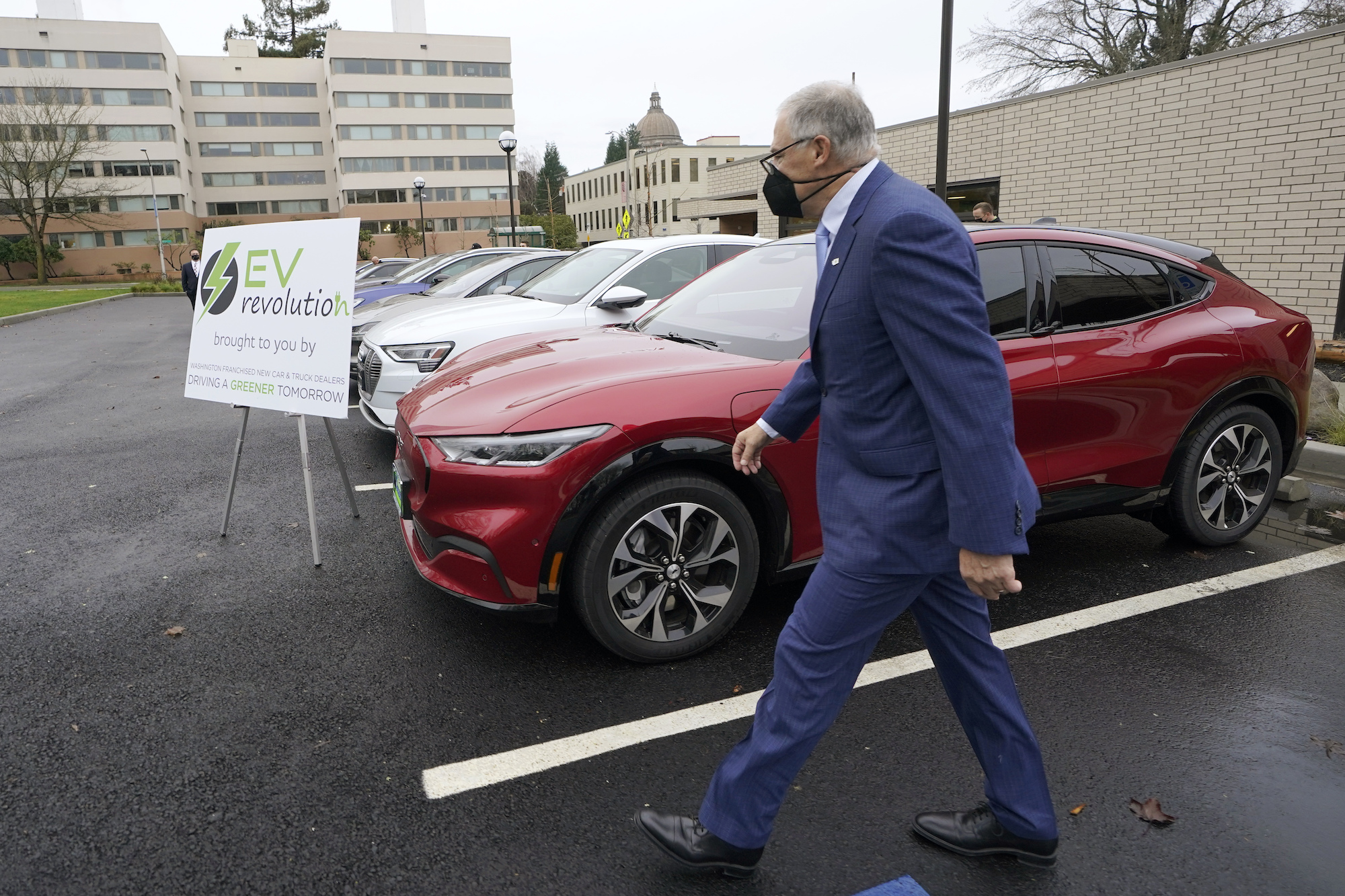 Four years ago, Nicole Macri, a Washington state representative from Seattle, met Matthew Metz for coffee. A few years earlier, Metz had founded Coltura, an organization advocating for the end of gasoline. He explained his vision for the state: to stop the sale of new gas-powered cars by 2030, just 12 years on.

Macri, a Democrat, was new to climate policy, having worked mainly on housing and health care, and she was compelled by the simplicity of Metz’s idea. It wasn’t tied to abstract, hard-to-grasp metrics around fuel efficiency or emissions reductions. “Everyone can understand that in 2030, if you buy a new car, if you register a new car in our state, it has to be electric,” she told Grist. “It was like, OK, this is a policy I can understand, that I can talk to my constituents about and they can understand.”

Macri started pushing to introduce the policy when the Washington State Legislature convened in 2019. According to Macri, her Democratic colleagues discouraged her, saying the idea was too radical. “It was like, ‘Well, that’s nice for you to say. You’re an urban liberal Democrat, but this is pretty inflammatory in suburban areas and other areas where people are far more car-dependent,” Macri said. She remembers one Democrat telling her that introducing the bill would make her “the downfall of the Democratic Party.”

Legislators who were working to pass other climate-friendly measures, like a clean fuel standard, said she should wait to introduce the bill, warning that a mandate could spark legal backlash and distract from the rest of their agenda. It was the same year that Washington ended up passing a package of bills that would move the state to a fossil fuel-free grid, expand electric vehicle incentives and build out the state’s network of chargers. Jake Fey, the state’s House Transportation Committee chair and a fellow Democrat, told Grist that his priority was more about “actions that accomplish things” than setting goals, which are too often abandoned “without a strategy to actually make it happen.”

For most people at the time, it seemed beyond belief that the internal combustion engine was on its way out. But in just the span of a few years, the switch to electric cars has become less like a futuristic vision and more like an impending economic reality.

Fast forward to today, and Washington state has officially taken on the 2030 target, after almost adopting it last year. Gov. Jay Inslee signed the broader “Move Ahead Washington” transportation package into law at the end of March, setting a deadline for all new cars registered in the state to be electric.

It’s not a mandate, but the timeline is the most aggressive in the country. California, by contrast, is on its way to finalizing a mandate to ban the sales of gas cars by 2035, with implications for more than a dozen other states that follow its emissions standards, including New York, Colorado and Pennsylvania. President Joe Biden has called for half of new car sales to be electric by 2030.

The adoption of electric cars is speeding up, even as it runs into such obstacles as backlogged supply chains and a lack of charging infrastructure. Consider, for example, that the majority of the world’s electric vehicles on the road today were added in the past year and a half.

“It’s not really a question of, at this point, where’s the market going?” said David Reichmuth, a senior engineer at the Union of Concerned Scientists’ clean transportation program. “It is more of a question of how fast we can get there.”

So what happened to turn the end of gasoline-powered cars from a radical idea into a legislative reality? Experts told Grist that economic, political and cultural factors have been colliding to create the conditions for this seemingly sudden shift.

In the first three months of 2022, the only automakers to report sales gains in the U.S. were all-electric companies like Tesla and Polestar, as well as the outlier BMW. Most automakers saw sales drop by double digits while Tesla’s sales rose 88% compared with the same quarter last year. Car companies are looking at Tesla, the world’s sixth most valuable company on the market at a recent $902 billion, and want to show investors that “if they’re not there yet, they have a plan to get there,” Reichmuth said. Companies that have started producing EV models, like Ford, have found they can’t build them fast enough to keep up with demand.

“The auto companies are seeing that electric is the future,” Reichmuth said. Many are promising to sell only electric options in the coming years, with Jaguar aiming for 2025, Volvo for 2030 and General Motors for 2035. But some of the biggest companies, like Toyota and Volkswagen, are still dragging their heels.

Electric vehicles require energy-dense, rechargeable batteries — technology that used to be very expensive. Since 2010, prices for lithium-ion battery packs have sunk 89%, though a shortage of key ingredients like cobalt and lithium carbonate are nudging them back up. Electric cars still tend to be more expensive than gas cars upfront. An average EV model runs about $70,000, compared with $48,000 for a gas car. That high price is thanks in part to a trend toward flashy, high-end models like Tesla’s Model 3, but electric cars are usually cheaper over the long term. That’s something Americans may be keeping in mind as they’ve watched gas prices climb to $5 or $6 a gallon in parts of the country this spring.

Electric cars are no longer niche products for liberal-minded Americans. China and Europe are leading the switch to electric cars, accounting for 85% of worldwide EV sales last year. Some 3.2 million were sold in China and 2.3 million in Europe, compared with only 535,000 in the United States.

“Automakers, I think, are realizing that to be globally competitive they just have to have a very strong EV presence, otherwise they’re gonna miss out,” said Janelle London, the co-executive director of Coltura. Canada, New Zealand, the Netherlands, Ireland and the United Kingdom, among other countries, aim to ban new fossil fuel-powered cars by 2030, on the same timeline as Washington state.

In April, the California Air Resources Board introduced a plan to ban the sale of new gas-fueled cars by 2035, following an executive order from Gov. Gavin Newsom in 2020. “There’s broad consensus that phase-out policies, both in Europe and even what’s going on like California and Washington and all that effort, have actually been decisive in getting automakers to shift,” Metz said. “Without that, it wouldn’t have happened.

Concerns about climate change and air pollution are driving the policies to phase out gasoline. Transportation accounts for about 30% of the country’s emissions, with the majority of that coming from gas-powered passenger vehicles. Gas cars are also a huge health hazard, spewing particulate matter and carbon monoxide out of tailpipes. Concentrations of toxic chemicals are even higher inside cars, where Americans get their biggest daily exposure to air pollution.

Ten years ago, there were just eight electric vehicle models to pick from in the United States, including the Tesla Model S or the Nissan Leaf. Over the course of 2022, the number of models is jumping from 62 to 100. “A lot of people are waiting for the type of model that they are looking for,” said Larry Chretien, the executive director at the Green Energy Consumers Alliance. “You know, not everyone wants a small car. Not everyone can afford a Tesla. They’re looking for something that’s bigger than small and moderately priced. And that’s all coming.”

The electric version of the Ford F-150, the top-selling vehicle in the U.S., just arrived last week, with a starting price around $40,000 and the promise of going 230 miles on one charge. Ford had to cap the waitlist at 200,000 in December, which translates to a three-year backlog. “People are not going to care if they’re red state, blue state — they’re going to want this thing,” London said.

It takes time to get used to new technology. With more electric vehicles on the road, and with chargers popping up at grocery stores and office buildings, it’s easier for more people to imagine sitting behind the wheel of an EV themselves. “Your neighbor might have an electric vehicle, or somebody on your kid’s soccer team, or at school, at work,” Reichmuth said. “That makes it easier for people to get comfortable with a switch to an electric vehicle.”

Americans are beginning to grasp that the era of gas cars may be coming to an end. A poll commissioned by Coltura last October found that 55% of voters in the U.S. supported requiring new cars to be electric by 2030. And about half of people who were thinking of buying a car in the next five years said it was “somewhat” or “very” likely that they’d go electric. This was even before the onslaught of EV commercials during the Super Bowl this year.

“People are understanding that it’s coming fast,” Chretien said. “They’re getting ready. They anticipate that they will be able to buy an electric car soon.”

Of course, the shift to electric vehicles won’t be smooth. There are a number of barriers in the way, like an uncertain policy landscape and a lack of charging infrastructure. Macri said her constituents are concerned about the number of charging spots available at their apartment buildings or out on the street where they park their cars. Washington state’s newly approved transportation package directs the state to create a road map by the end of the year to figure out how to reach the 2030 target. “We’re not thinking about getting there until somebody says you have to, and then you start to figure out, ‘Oh, these are the five steps you need to do to get there,’ ” Macri said.

Looking back, she observed just how much had changed. A few years ago, ending sales of gas-powered cars by 2030 “was truly seen as very, very, radical,” Macri said. “We’ve just seen a huge amount of progress.”

This story was originally published by Grist. You can subscribe to its weekly newsletter here. 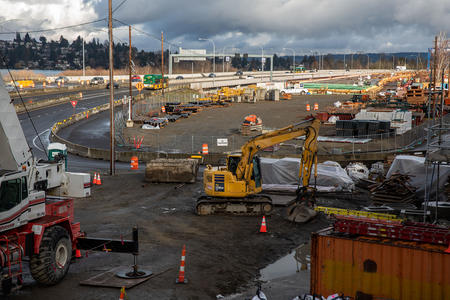 No increased WA gas tax in 'unprecedented' $16.8B transportation budget

As vehicles change and with more available money, lawmakers look for other ways to fund transportation improvements. 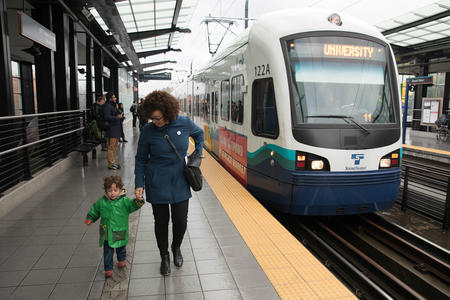 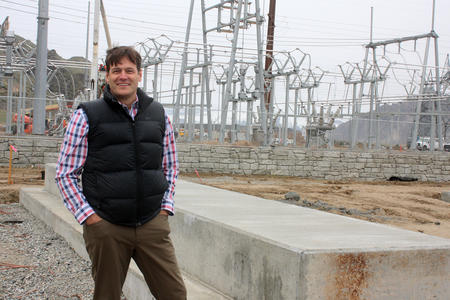 by / May 18
Article continues below

No increased WA gas tax in 'unprecedented' $16.8B transportation budget

As vehicles change and with more available money, lawmakers look for other ways to fund transportation improvements.

Kate Yoder is a staff writer at Grist.