UW Professor James A. Banks might be retiring, but his legacy in multicultural education lives on. 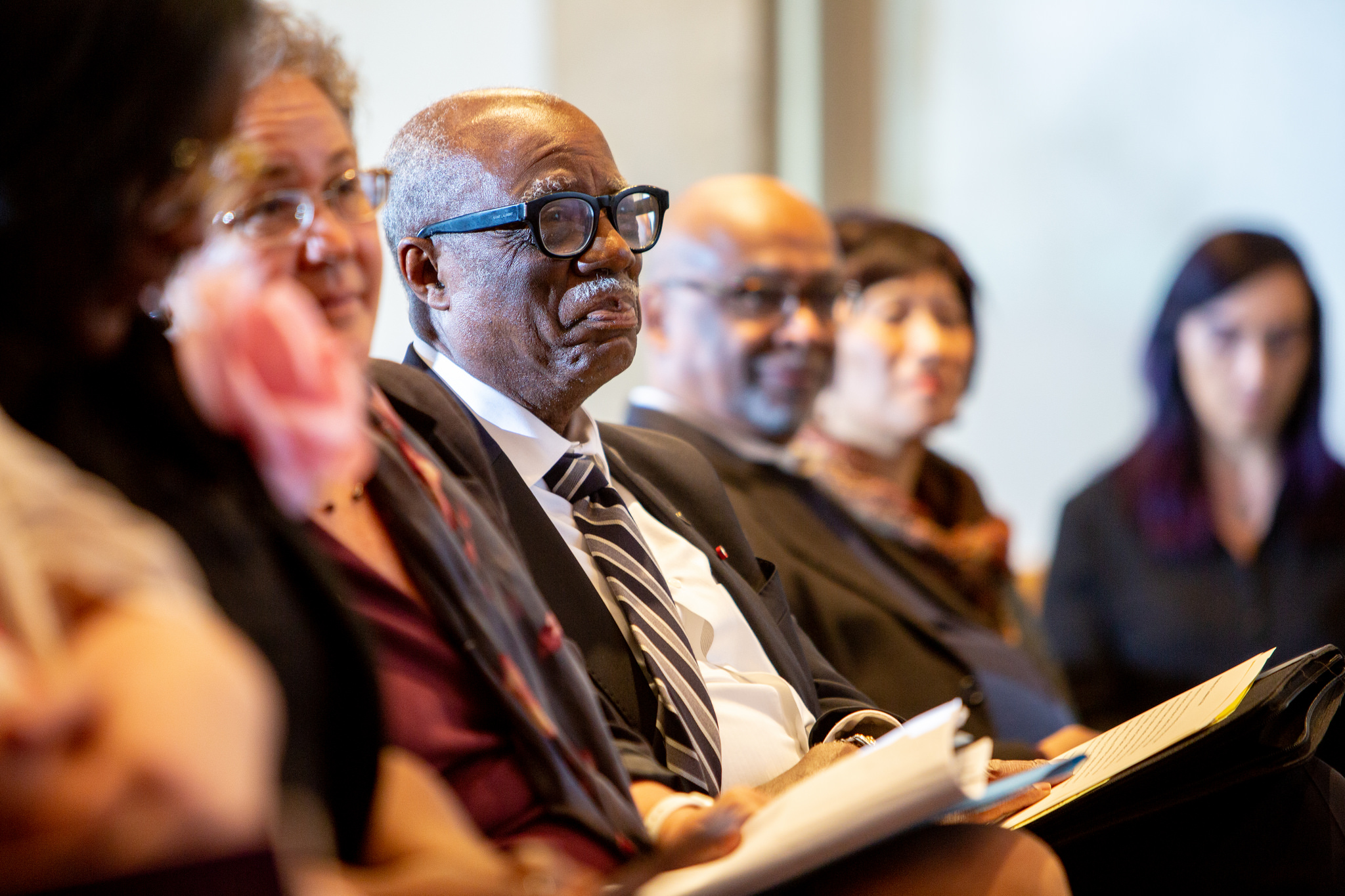 James A. Banks at the University of Washington Center for Multicultural Education’s 30th annual symposium on April 27, 2018. (Photo courtesy of UW College of Education/Flickr)

If you ask James A. Banks what part of his nearly half-century career at the University of Washington he is most proud of, he will respond the way any dedicated teacher would: “I’m most proud of my students.” But in his tenure at the university — where he founded its preeminent Center for Multicultural Education, which works to boost educational inclusion and equity for all students, no matter their race, ethnicity or cultural identity — his students are just one part of a long noteworthy list of accomplishments.

The influential scholar has helped to rework school textbooks so that minority groups are included, created guidelines to help teachers and principals boost the academic success of students from diverse groups (in fact, when his publication, Diversity Within Unity, came out, Banks said Seattle Public Schools bought one for every teacher), and written some of the first and most influential books on multicultural education, earning him an international reputation as the “father of multicultural education.” But his work is far from just a scholarly endeavor. After growing up in a segregated community in the Arkansas Delta and being a part of the civil rights movement, he said he considers the issue “part of the struggle for survival — the struggle for life.”

In just a few short months he will be saying goodbye to his role at the university. Banks will be retiring, handing off his work to his colleagues and his many graduates. He will be departing at a critical time for multicultural awareness and sensitivity in schools, given the many incidents of negativity towards nonwhite groups since Donald Trump’s election. But Banks won’t be completely abandoning the field. He said he will continue to write books and articles about diversity and multicultural education, and he already has a variety of speaking engagements lined up.

Banks sat down with Crosscut to discuss the field of multicultural education and the changes that are still needed in school systems across the country and abroad. This interview, conducted by phone and email, has been edited and condensed.

What does multicultural education mean to you?

What we’ve been trying to establish that it means is to implement an education that speaks to the experience of people from diverse culture groups, gender groups, language groups, so that our children can have equal chance to succeed. Often what happens is the culture of kids that have been minoritized, or kids from LGBTQ groups or special education groups, often don’t find their images in the curriculum. I went to a southern Black school, for example, so I got exposed to Black history. But when I went to universities in the north, there was no Black history course. I had to do an independent study to learn about it.

Why do you think this is such an important issue?

It’s an important issue because of the incredible academic failure that we see among minoritized groups. I think the last figures I looked at, there were more — or as many — Black young men ending up in prison rather than college. It’s a major problem because of the lack of academic success of many Latino kids, many African American kids, and especially Black males.

People say, ‘Oh Jim you made it.’ But what I like to add is there are many people as bright as me who didn’t make it. There were two or three Jim Banks who didn’t make it, so it’s a serious issue particularly now in these troubled times that we’re in.

With all of the many reports of racist behavior and hate speech in schools, do you think there is an even greater need for multicultural education today than there has been in the past?

Many of the negative racial attitudes and behaviors that have been expressed since Trump was elected president existed before his election. However, Trump has made statements, such as the one he made after the racial incident at the University of Virginia, that the White nationalists and other hate groups have interpreted as support for their actions and values. They now express their negative feelings toward African Americans, Latinos and Jews much more freely in public arenas. These developments do increase the need for multicultural education — or at least make the need for multicultural education more transparent. An advantage of these expressions of hate becoming public is that they can be dealt with more directly.

How do you think multicultural education can help to quell this type of hate speech and racism?

Can you tell me about where your passion for the issue of multicultural education came from?

One of the reasons I took this job at UW was because there were Asian Americans, Mexican Americans, there were other ethnic groups that I was very interested in learning about. It was through meeting, on the West Coast, American Indians, Mexican Americans that expanded my horizon, because I thought racism was only something Black folks experienced. I didn’t realize that it was a national phenomenon.

You’re considered the “father of multicultural education.” How did you come to have this title?

It is always difficult to pinpoint when a specific term has its origins. I do recall that in the late 1980s or early 1990s Professor Diane Slaughter at Northwestern University told me that I was the “father of multicultural education” because I had published some of its first and most widely influential books, including Teaching Strategies for Ethnic Studies, the first edition of which was published in 1975. Over time, the term became increasingly used.

One key aspect of your work has been to examine textbooks. Can you tell me about this work?

What we’re trying to do in current textbooks nationally is to not say the Westward Movement, but call the unit “Two Cultures Meet” or “White Settlers arrive in Indian Lands."

Moving forward, what other kinds of school reforms are still needed?

We need to reform schools so they are more transformative and responsive for the diverse cultures and communities that exist. We need to change the attitudes and perceptions of teachers — that’s a big one. We need to pursue teacher education, and we need to change instructional materials, such as textbooks. Even though we made tremendous progress, change is still needed.

Another thing we need to change, of course, is the formalized curriculum, to make it more integrated and reflective of the diversity within the nation and the world

We need to also look at the kind of cultures that schools perpetuate. Are those cultures inclusive? We need instruction that’s culturally responsive, that builds upon the cultures of the students in the environment. And finally, we need to look at the languages and dialects that are sanctioned in the school. Mexican American kids used to be punished for speaking Spanish. We no longer do that, but often the Mexican American students don’t feel that their language is valued. So I think we need to start valuing languages from diverse groups.