Hoh Tribe partners with SpaceX to get online, but rural demand remains high

Without adequate internet access, rural tribes across Washington are struggling with schooling, health care and more — especially during a pandemic. 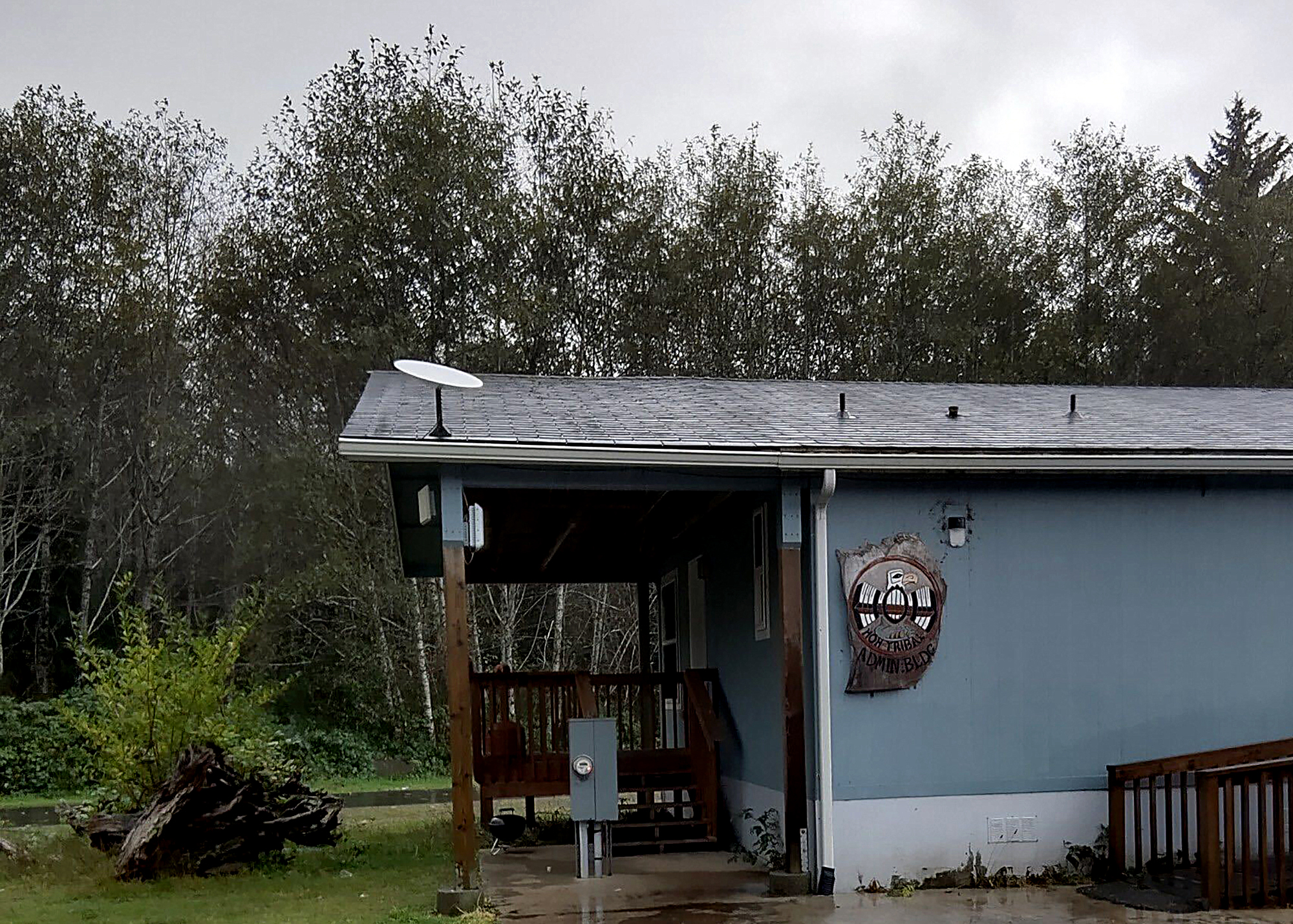 But on the Hoh Indian Reservation, located on the Olympic Peninsula, residents were once more likely to see speeds as sluggish as 0.3 to 0.7 Mbps. With that, doing routine activities like watching a YouTube video was nearly impossible.

Melvinjohn Ashue, vice chairman of the Hoh Tribe, says this was the status quo for years. Residents previously accessed the internet via copper broadband, which he describes as a “step above dial-up,” and not every house on the reservation had access to that.

“We have 23 homes down there, and there was a 13- to 15-home waiting list,” he says. “That meant that more than half of the people on the reservation didn’t have internet.”

As the pandemic drove so many aspects of life online, this hurdle became even more unbearable. For example, Ashue says students on the reservation already had issues doing classes online before the pandemic; for many, the daily online check-ins required since March became untenable.

“Most students didn’t have that capability, so it was like, OK, we need to look at something that’s really quick and can be a bandage for right now,” Ashue says.

Since the beginning of the coronavirus pandemic, tribes throughout Washington have scrambled to find emergency solutions for getting better internet service. Reservations in rural areas had already struggled to get adequate access to broadband internet: The Federal Communications Commission says “barely 60%” of people on tribal lands have access, compared withh the near 80% access in suburban areas. Before the pandemic, many tribes in Washington already had plans in motion to respond to this issue. But Ashue says those plans can often move slowly; before the pandemic, he says, it was hard to amass adequate funding.

Russ Elliott, director of the Washington State Broadband Office, says the pandemic has doubled the urgency for tribes. He’s worked with many since March to expedite efforts to bring the internet to residents of reservations, although his office had worked previously to identify gaps in broadband service across the state.

“Rural-living folks usually know there’s a challenge to connectivity, but also understand they can drive somewhere and be connected,” he says. “COVID has changed that dynamic 100%, and we don’t have that option anymore.”

The need often surpasses funding. The Washington Public Works Board recently approved $17.8 million for broadband construction across the state, including some tribal projects. But requests exceeded available funds by 300%.

But the Hoh Indian Reservation got a particularly lucky break: Elliott learned that SpaceX, Elon Musk’s aerospace company, was looking for a place to test its new Starlink satellite technology. The project is in its early stages — more satellites for the project were launched just this week — and is marketed as an alternative way for people who can’t get cable or fiber broadband to gain internet access. Residents on the reservation live on a fairly concentrated section of land that happens to lie beneath the current coverage area of SpaceX's satellites, making the residents perfect candidates.

In September, interested residents signed up for the service, and Starlink satellites were installed on 18 of the 23 houses on the reservation. Their internet speed has improved dramatically: Ashue says he recently measured download speeds as fast as 111 Mbps.

Tribal leadership is optimistic, but Starlink is still in beta testing stage. Ashue says the tribe wants to make sure that residents have options. The tribe still plans to build out a microwave internet network, a project it began early in the pandemic, before connecting with SpaceX.

Opportunities like Starlink are usually outliers. For many tribes, Elliott says the first issue in creating broadband infrastructure isn’t building the network itself — it’s the surrounding infrastructural planning, and that can take years.

“Building it is the easy part,” he says. “It’s the planning, getting all the right-of-ways, and then getting funds…. There’s a lot of work that has to get done in long-term infrastructure.”

This is particularly difficult for rural tribes and rural communities in general. Elliott explains that unlike public infrastructure, such as roads or schools, expansion of broadband throughout the United States has largely been shepherded by private investment.

Building broadband infrastructure isn’t cheap. Juan Carlos Chavez, who has a Yaqui Sonora affiliation and works with the University of Washington’s iNative Indigenous research group, says broadband providers usually offer service in areas where they know potential profits justify the cost of building infrastructure. Poorer, underpopulated rural communities rarely offer much for a provider under that cost-benefit model, Chavez says, so they can get overlooked.

On top of that, he says there are added variables for tribes to consider when building out broadband infrastructure. Beyond funding, there can also be concerns about safeguarding the data of a sovereign nation.

Chavez has conversed with many Native families since the pandemic began, and says he’s seen the gap in access to the internet trickle down to impact all parts of their lives. He’s heard of students traveling for miles to access broadband just so they can do their homework.

“That’s assuming they have a working car, the resources, the gas money,” he says. “Or they fall behind, and then it’s the perpetual cycle of continuously falling behind.”

Elliott says there’s a lot of work ahead to make the landscape of Washington broadband equitable. His own position was created only after the passage of a bill last year that aims to provide universal access to broadband in Washington by 2024. He’s spent much of his first year focused on tribal lands, which he says hold the key to bridging the “digital divide” statewide.

“If you can solve the problem in the most rural parts of the country or state, you’ve basically got a step-and-repeat for the rest of the state,” he says.

He adds that the COVID-19 pandemic has “hyper accelerated” interest in addressing this problem: “There’s a lot more consideration now on equity and inclusion, and ensuring that everyone has access.”

While the Hoh Tribe continues its broadband buildout, Ashue has encouraged residents on the reservation to take advantage of the Starlink internet connection. He hopes that artists living on the reservation can begin selling their work online, or that ailing residents can connect with virtual health services.

Ashue himself lives in nearby Forks, where he once got better internet service than people on the reservation. That’s not true anymore.

“I think the highest I tested [in Forks] is about 25 Mbps,” he says. “So some of the houses down there have four times the speed that I do. It’s just crazy.”